Guided Tour of Lighthouse Park: The Hidden Gem Of The World 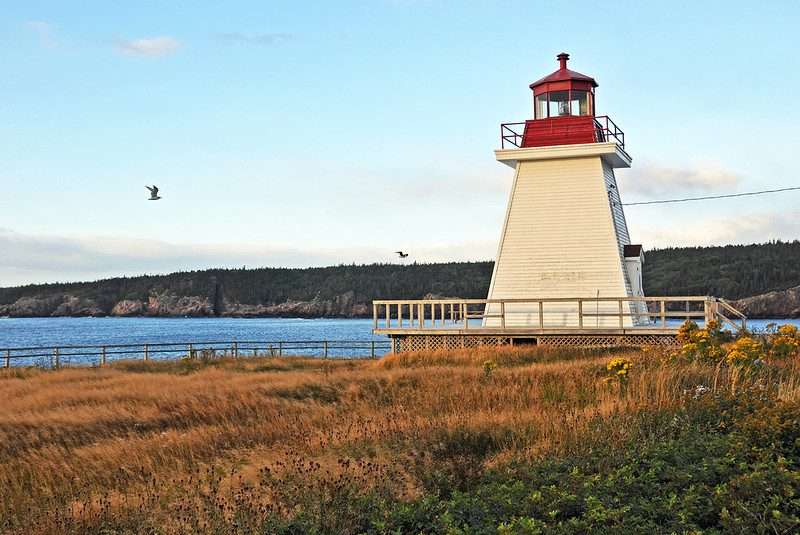 Have you heard about Lighthouse Park?

Lighthouse Park: The Hidden Gem, one of the national historic sites of Canada, furnishes you with a greenspace, recreational setting, trails, hiking, long walks, appealing sceneries, cultural heritage, and a lot more.

Located in West Vancouver, Canada, British Columbia, the lighthouse park is a great historical site. The site acts as a neighborhood park for the residents of Lighthouse Park. It is an ideal place to escape from the city’s chaos. It is a family-friendly spot, preferably for picnicking and sightseeing.

You can undoubtedly take your kids to the park. There is a lot to experience in the park: the culture, history, biodiversity, and wildlife. Also, the hikes are kids friendly, easy, and safe. 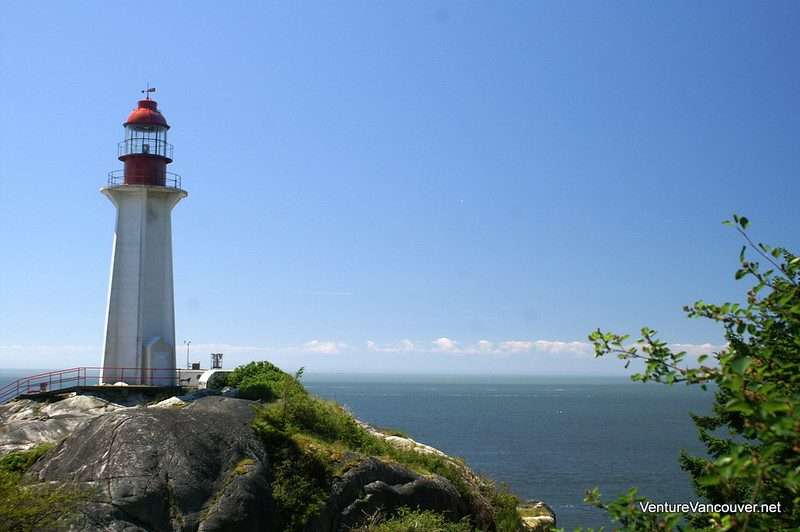 It is huddled amidst Canada’s second-largest city, Vancouver. This peaceful and serene park is a must-visit for hikers and nature lovers.

Here is a guided tour of the hidden beauty, The lighthouse park.

Guided Tour to the Lighthouse Park: The Hidden Gem

How to reach the Lighthouse Park?

Lighthouse Park is situated along Marine drive in west Vancouver near the Forest D area. If you’re in Downtown Vancouver first, you must travel to the North Shore, North Vancouver, and then to the West coast towards West Vancouver.

Inside the park, there is a board with having a large map of the area. You can also avail of a trail map for yourself. It will help you to make the most out of your day in the lighthouse park. 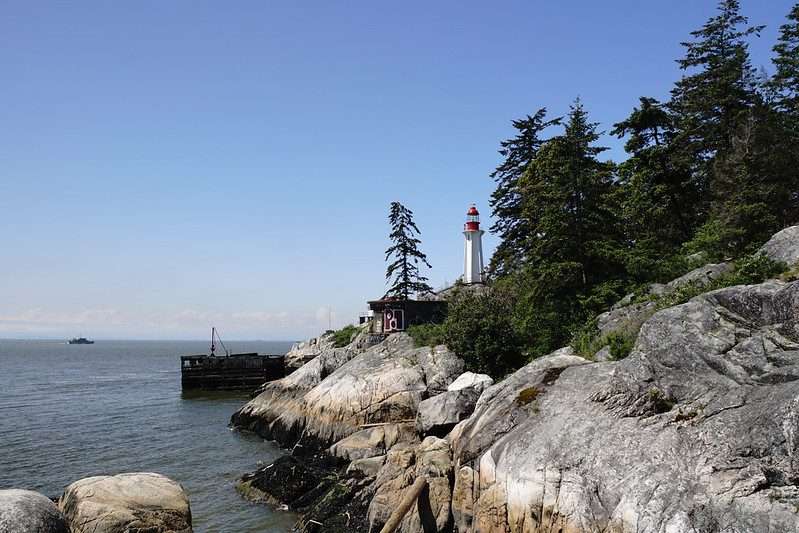 Lighthouse Park is famous among visitors for its stunning viewpoints. These are the points to take a break, have your snacks, hear nature, and enjoy the landscape. Also, you can capture some perfect pictures.

As you walk straight away from the parking lot towards your right, you’ll head towards the Juniper loop. There are signboards all around, and directions are very well marked in the park. Walking down the hill, you will reach the Juniper point trail. It takes less than 15 minutes.

Juniper’s point lies in the northwest area of Lighthouse Park. It looks towards Passage Island, Bowen Island, and Howe Sound. The scenery is appealing with the big rocks, the island, the flora, and the coming waves.

Take some time to sit down on the rocks and capture some social media-worthy pictures. People also practice rock climbing there.

Walking back and down to the same path, you will encounter another beautiful and well-maintained trail, The Shore pine trail. It’s a moderate-level trail in terms of hiking.

This trail leads to another spectacular viewpoint, The Shore Pine point. Most of these little trails terminate at viewpoints providing the best coastal scenery.

It is a great place to chill and have snacks or your lunch. One can also enjoy wildlife like geese, seals, and birds on the beach.

Walking straight and downwards, you’ll reach another viewpoint, The West beach. This point gives you the perfect angle to view the lighthouse. So keep your camera ready! It helps you to look out into straight Georgia.

One can also reach there by taking a short walk towards the west of service buildings. Continuing walking on the same path, you’ll get to the junction for the West beach trail.

Of all the viewpoints in the lighthouse park, This one gathers the most tourist attraction. You can reach this point through so many trails, shore pine trails, and seven sister trails. The direct route to the lighthouse viewpoint is through the beacon lane trail.

The lighthouse point was previously named Point Atkinson. The lighthouse played a significant role during World War II. It was used for the surveillance of the enemy’s submarines and ships. You can see Phyl Munday house and other cabins, which were built between 1939 to 1945.

The lighthouse point is present at the junction of Burrard inlet and Howe sound, at the Southern margin of the Coastal Mountain Plutonic complex. The rock is ancient, almost 96- 187 million old.

The area is restricted. You are not allowed to go very close to the lighthouse. But you can roam around and capture some scenic pictures.

Sometimes when the lighthouse’s front gate is open, you can go inside and take a look, but that’s pure coincidence. There is no specific schedule for the opening of the gate.

You can reach this viewpoint through two different pathways. Either you can take the Valley trail or the East beach trail. The valley trail is the center trail on the left side of the beacon lane. Encircled by the giant cedars and Arbutus trees, the trail exhibits tranquility.

On the east of the lighthouse is the East beach trail. It’s a beautiful shoreline trail that views the Burrard inlet.

Walking ahead on the valley trail, you’ll reach the junction for the Starboat cove trail. This trail ends at star boat cove. It looks straight out to the Vancouver city line, which appears fascinating. There are rocks that you can climb, or you can sit and enjoy the ocean blues.

There are several benches scattered here and there in the beautiful parks.

Located on the east side of the park, this viewpoint is another great thing to explore at the lighthouse park.  The viewpoint is not very common among visitors, but the trail is. The two trails, the Arbutus trail and the Valley of the giant trail, terminate at this point.

This point also offers the view of Burrard Inlet. You can also appreciate the Lions gate bridge and trail of Vancouver from there. Sometimes, people also see bald eagles, but that’s all luck.

Hike through the Lighthouse Park

Lighthouse Park, a vast forest, offers hikes of beginner to moderate level surrounded by old flora. Most of the trails are easy with minimal elevation, while a few are steep. The walk is 3.3 Km long. 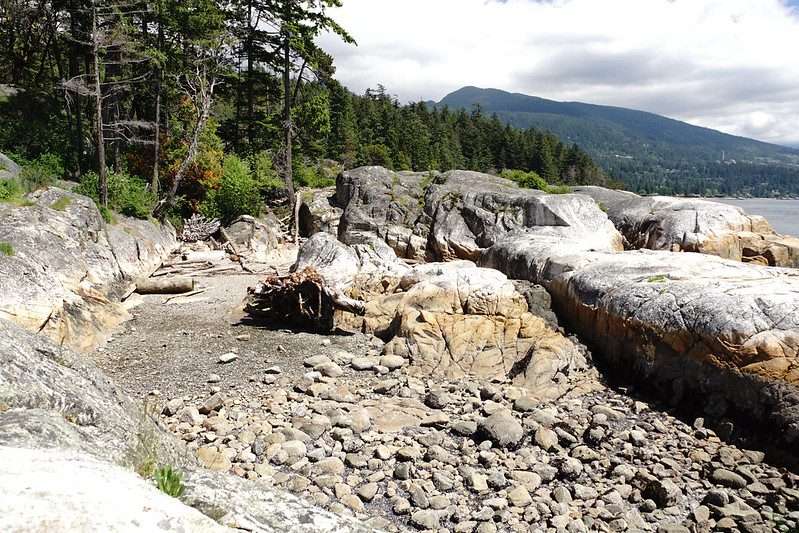 Most of the trails are well marked and terminates at viewpoints. There are several little trails also which may confuse you as it is difficult to navigate them. Don’t worry. They, too, end up in large main trails.

Of all the trails, the valley of giant trails, beacon lane, and Arbutus trail are the most preferred by the visitors.

Beacon lane is the direct route to the lighthouse viewpoint. Just walk straight from the main gate. The trail is 1Km long and concludes at Point Atkinson peninsula or the Lighthouse point. You can also enjoy the view of the pacific ocean while hiking through the trail.

Valley of giant trails is not present at the shoreline. It is beautifully put together with the oldest growing Douglas firs trees, almost 700 years old. The hike is single-track 345m long. This trail ends at eagle point.

The Arbutus trail is steeper than the other trails. Surrounded by Western red cedar and Douglas fir trees, they offer you a ride to the past.

It is less carefully marked than the others. This trail also terminates at Eagle point.

There are many other small trails in the park. If you want to explore more, you can take them. They connect with main trails at some point.

The Summit trail on the park’s left side that forms a junction with Arbutus trail and Maple trail. All these three trails converge to the valley of giant trails.

Lighthouse Park has always been admired for its oldest growing flora. The park is profusely rich with trees and vegetation. However, few species are getting lost with time. A replantation project has been started to compensate for the same and preserve the park’s beauty.

Douglas firs, one of the oldest trees, is more than 700 years old in Vancouver. These towering trees are used to define Vancouver’s sky limit before the human-made skyline.

Doulas first are known for their premium quality woods. They are abundant in the lighthouse park. You will find them anywhere and everywhere.

They are also known for their wood-like Douglas fir. 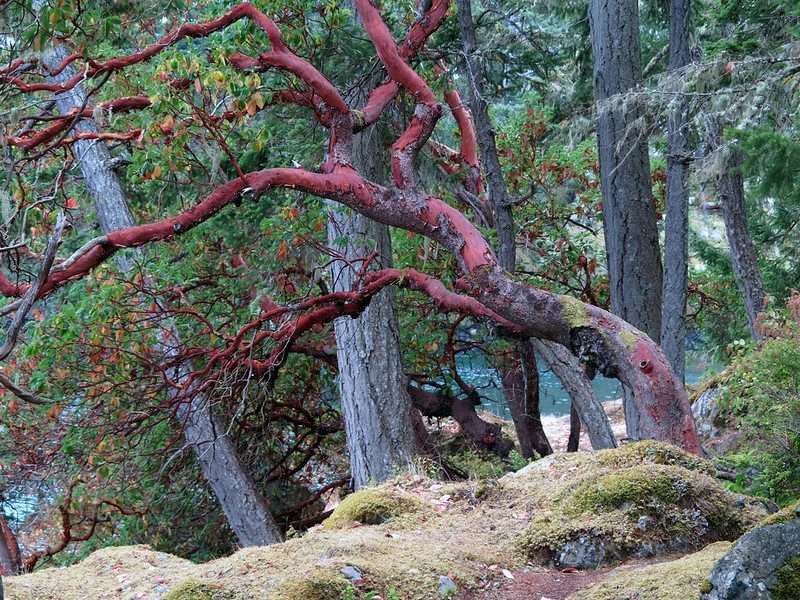 You will find plenty of these trees on the Arbutus trail. They can be recognized easily by their distinct smooth, red-orange-colored bark. You can also see edible red berries on them.

They give an enthralling vibe to the trail. They are mainly grown for ornamental purposes.

As the name suggests, you will find these in the Salal loop. It is an evergreen tree with elliptical leaves with a bright shiny dark green top surface and a rough light bottom surface. They also have blueberries on them.

Oregon grape, an evergreen shrub, is native to western North America. The shrub has spiny leaflets having yellow blooms, which further transform into dark blueberries. You will find plenty of these in the park. 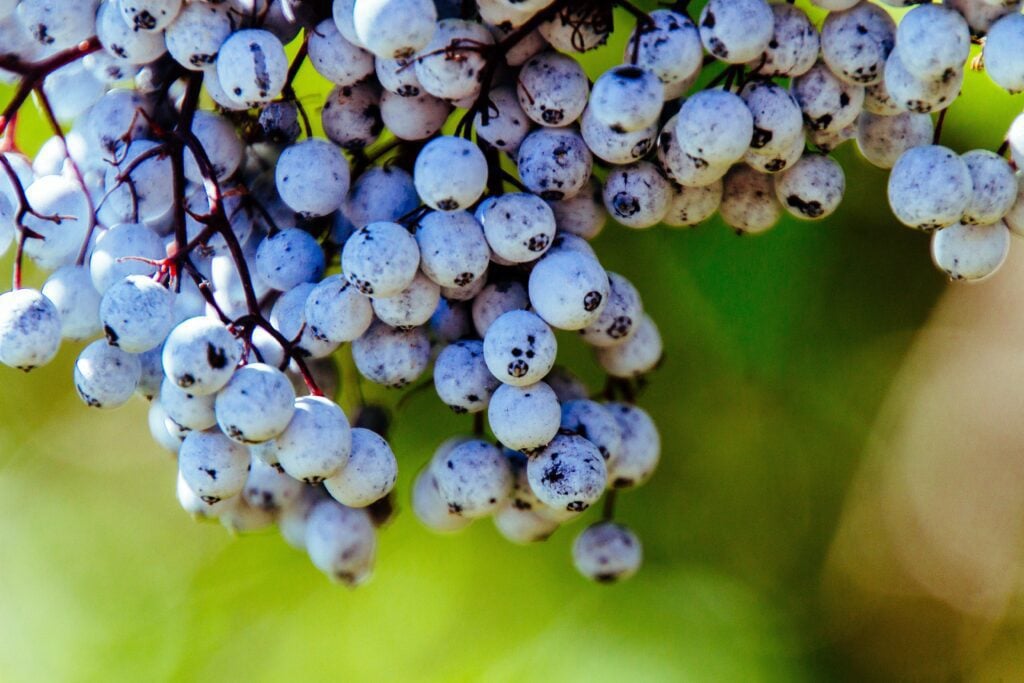 Photo by Eric Muhr on Unsplash

The highlight of the park is the Point Atkinson lighthouse, without any doubt. The first lighthouse was installed in 1875, and the one you see currently was built in 1912. It was build to navigate enemy ships entering Burrand island.

The previous lighthouse was wooden and built by Arthur Finney. It had a keeper’s house attached to it. The light was visible as far as 23 km and was 29m above the sea. In 1889, a fog alarm was added to the lighthouse.
The current lighthouse is concrete and is automated. It is still in use.

The History behind Lighthouse Park…

Let’s go back to history’s pages and see how it all happened about the parks located around lighthouse park.

Lighthouse Park was founded in 1792 by Captain George Vancouver. It was then named Point Atkinson by him. The first lighthouse was an exchange gift from the Federal government of Canada to Vancouver when British Columbia agreed to join Canada in 1871.

The park is a forest itself, which is 75 hectares ( 182 acres) big. It creates the whole vibe and aesthetic of the park. The forest also provides fuel for the fog horn, which was installed in the lighthouse later.

The park was used to navigate enemy’ ships and submarines during World war II. The lighthouse was provided with guns, searchlights, and other safety measures to the keepers.
Due to its relevance in the past, The lighthouse park was declared a National historic site of Canada in 1994.

The park remains open in all four seasons from 7:00 a.m. to 10:00 p.m. If you’re planning a trip to the park, make sure to carry water bottles and snacks as there are no places to eat inside and around the park.

Dogs are allowed in the park. The place is quite familiar with local visitors for dog walks. Be cautious with them on the trails.

The washroom facility is available in the park at three different spots. One at the beginning of the Juniper trail near the parking, another one at the Beacon lane, and one at the Lighthouse point. Also, try to reach early as the parking lot gets filled fast.

If you’ve already visited Lighthouse park, share your experience with us in the comment section below. If you haven’t, I hope you are convinced now to do the same.