Advertising Standards Canada is the advertising council of Canada (Check out their official website at https://adstandards.ca/), also known as Ad Standards. Established in 1957, this non-profit body regulates advertising practices. Its headquartered in Canada.

History of Advertising Council of Canada

In 1976, the launch of the Trade Dispute Procedure was seen. After two years, the British Columbia and Alberta Advertising Standards Councils were formed. The merger of the CAAB and ASC/CNP forced the creation of The Canadian Advertising Foundation, also known as La foundation Canadienne de la publicité (CAF/FCP), in 1982.

In 1994, the CAF’s Race Relations Advisory Council produced The Color of Your Money on Advertising. The initial Ad Complaints Report, which included case reports, was published in the year 1997. During the same year, the CAF was renamed Advertising Standards Canada/Les normes Canadiennes de la publicité.

Throughout the next ten years, multiple public awareness campaigns continued to be launched. Into the 2010s, campaigns such as: “Truth” (2006), “Dressing it up doesn’t make it true” (2011), and “Creativity is subjective. The truth isn’t” (2015) were held. The organization was known to have announced the launch of a refreshed corporate identity on August 1, 2017.

Facts about the Advertising Council of Canada

The  Board of Directors of Ad Standards comprises senior-level executives from advertisers, advertising agencies, and media organizations. It is also known to comprise a member-at-large position. These Directors are said to be elected each spring at the Annual Meeting hosted by Ad Standards.

A few of the important facts about the advertising council of Canada that you should know are mentioned as follows.

9. Ad Standards- the advertising council of Canada- is known to have published its fifth AdChoices        Accountability    Program Compliance Report in May 2020. You can read the report on Latest Report.

10. If you are a member of Ad Standards, then you will be lucky enough to be a member of a community of over             230 people who are some of the leading advertisers in their respective fields, media organizations, advertising agencies, as well as suppliers to the advertising sector who all together help in shaping the future of advertising self-regulation in Canada.

Why do you need to join the Advertising Council of Canada?

Suppose you are a member of the Advertising Council of Canada, which is also known as Ad Standards or Advertising Standards Canada. In that case, you will be able to create truthful, accurate, and fair advertisements. It will help you create a position for your brand in your respective industry and enable you to lead your brand to victory.

It is also believed that digital advertising should be regulated as much as traditional media. Even though there are different ways to advertise your brand and make it famous in your respective industry, it is best suggested that you become a member of the advertising council of Canada because being a member will allow you to receive certain benefits that you would not be fortunate enough to receive otherwise.

Benefits of Members of the Advertising Council of Canada

Advertising your brand is of extreme importance to gain popularity in your field. To do so, you need to know about the top advertising agencies in Canada so that you are capable of being the best. (To know this, check out: Top 6 Advertising Agencies in Canada.) 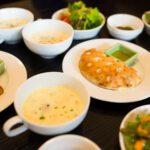 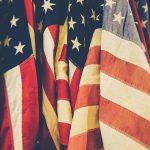