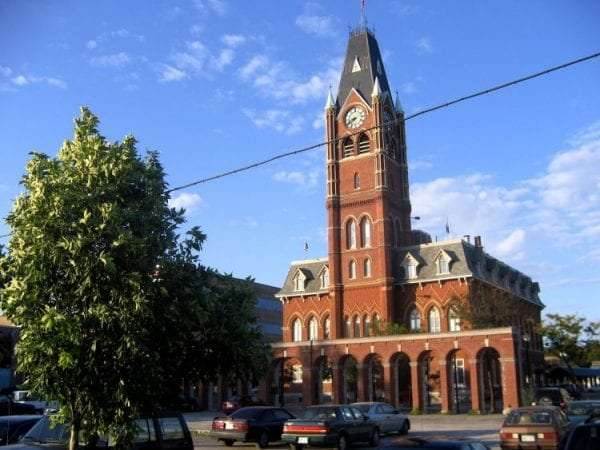 If you go looking on the edge of the Moira River you’ll find the city of Belleville. It is between the capital of the nation Ottawa and the vastly popular city of Toronto. Bellevegas, as it is locally known, was included in the Canadian map as a city in 1878 and is now home to over 50,000 people.  The city is very rich in history and we’ll talk about all the things that make it worth a history lover’s time in this piece of writing.

There’s no shortage of things to explore in the city of Belleville. Although it doesn’t carry the same pace of life as some of the bigger cities do, you’re in for a treat if you love exploring new places. And let’s be honest. Who doesn’t love to travel?

City of Belleville: 10 Awesome Things to do

Glanmore House was originally built for the Phillips family. Its construction took about a year’s worth of time, from 1882 to 1883. The building is over a hundred years old, and it was designed by Thomas Hanely, a native architect of the city of Belleville.

Although it was built by one Francis Mckay, the ceilings of the house are believed to have been hand-painted by the wife of J.P.C Phillips, Harriet Dougall Phillips.

It doesn’t take a lot of imagination to assume that the house may or may not be haunted. Locals say that the Glanmore House is haunted by the ghost of Harriet Dougall Phillips. The lady of the house, who painted its ceilings by hand.

It was declared a National Historic Site of Canada in 1969, but an exorcism took place many years earlier in an attempt to reduce the hauntings of the house. As of today, after multiple restoration projects, the Glanmore House still stands and operates as a museum.

Guided tours to the House are available throughout the year. If you’re confident enough, then you might even try and explore the mansion all by yourself. Scavenger hunts are organized in the museum as well, to keep the kids from getting too bored.

Do check out the place. It doesn’t take a history enthusiast to appreciate the beauty of old things. It takes a bit of good taste!

One of the great things about the city of Belleville is the fact that it is located among a lot of great water bodies. Lake Ontario, Bay of Quinte, and the Moira River are some of the notable water bodies around the city. The Bay of Quinte, in particular, is a favorite of the locals when it comes to dropping a line into the water.

There are fishing charters that head out into the bay throughout the year. A SECRET TIP that not many will give you is that you should try your luck casting a line under the Bay Bridge. Among the most popular fish in the bay is the Walleye. So much so, that the Bay of Quinte and the city of Belleville are known as the “Walleye Capital of the World”.

Apart from walleyes, the other prominent species that you might have a chance of landing are pickerel, bass, perch, musky, and pike.

Try it out, even if it is your first time. You might have a case of beginner’s luck and end up landing yourself a feisty one!

Hiking is one of the best ways to capture the natural beauty of any place in the world. It is also one of the most popular things to do in Canada. Keeping that in mind, let’s talk about the best places in the city of Belleville to explore its natural beauty.

When you talk about hiking or taking a stroll in the city of Belleville, the first place that you will hear of is the Vanderwater Conservation Area. You can enjoy a hike along the Moira River and if you have pets, then you’re at an added advantage because your furry friends will love this place.

If you feel like it, you can even splash around in the water of the Moira River to take a break from a long hike.

While hiking is one way to go about the trails and the routes in the park, you can also consider mountain biking or rollerblading to explore the natural beauty of the city of Belleville.

4. Sit Down and Spectate at the Empire Theatre

You’ll find the Empire Theatre at 321 Font Street, which is located downtown in the city of Belleville. Two things stand out about the Empire Theatre. The first has to be the retro vibe that you get just from looking at the building. It was established as the McCarthy Theatre in 1938, so the feel of the building is genuine.

The other amazing thing about the Empire Theatre is the fact that it was established for both cinemas and live performances. This is something that has been going on ever since the building opened its doors to the general audience and will do so in the future as well.

Many notable acts have performed at the Empire Theatre from all over the world. Be sure to check up on the schedule of the Theatre to keep track of the events that you’d like to go and see. From comedians to musicians and movies, this place has it all covered!

Read more about the history of the Empire Theatre in the city of Belleville here.

The city of Belleville offers some of the oldest markets to its visitors and residents in the form of the Market Square located just behind the Belleville City Hall.

If you’re in the city of Belleville during Fall, then you’re in luck because that is the best time to visit Grills Orchard which has been offering its goods to people for over 80 years now. The store offers a wide range of apples, along with special local goodies like maple syrup, cheese, and various kinds of meat.

Visit the apple orchard here during fall to have a memorable tractor ride coupled with pumpkin picking.

6.Have a tour of the City Hall

The City Hall of the city of Belleville is one of the most famous buildings in the city. The construction of the hall boasts a unique, Victorian architecture that is over a hundred years old. The City Hall stands above the Moira River and has an elegant clock tower that chimes as well. The place is very well lit during the night and the staff who work at the City Hall are very friendly.

A cool little secret about the City Hall is the market that sits behind the building on Saturdays. Check out the pace on the first day of the weekend for a great cup of coffee while shopping for goodies.

The people of the 19th century had huge ambitions for the city of Belleville. The City Hall was constructed in 1873 and underwent several expansion and renovation projects in the late 20th century to keep up with the times.

The City Hall is a 150-foot long tower which was originally designed so that the bell of the hall could be heard throughout the city of Belleville.

7. Have an Outdoor Picnic

The park is designed like a pirate ship and has rides for kids and adults to enjoy while they’re at the premises. Walking along the planks of the ship is one of the most exciting things that you can challenge yourself to do.

With plenty of open space and greenery to enjoy, this is one of the best places to have a relaxing afternoon with family and friends over some good food from home.

A picnic along the river is what awaits you!

Much like St. John, the city of Belleville is another place where downtown marks the essence of what the place is all about.

Shopping downtown is a great way to familiarize yourself with the city and the way things go about within its borders. Downtown at the city of Belleville houses over 200 shops and restaurants to provide the best of experiences to tourists and locals alike.

Check out the Bellville Public Library and the historic Bellville Club which you can find downtown. These are some of the signature locations that tourists must visit to enjoy the city of Belleville to the fullest.

9. Treat Yourself to a Meal at These Places

Now, there’s plenty of amazing places to have a meal in the city of Belleville, but we’ll lay down five great options that you should check out before you try anything else in the city. Here we go!

Although it only opened in 2016, Chilangos has quickly become one of the most beloved dining spots in the entire province, So much so that people from other cities take a long drive to the city of Belleville just for the restaurant. Chilango’s serves some of the most authentic Mexican food in Canada, with all the essentials such as tacos, enchiladas, tostadas, and well-made beverages.

Linguines is the best place in the city of Bellville for an Italian meal. Some of the best dishes that the restaurant serves are vongole, escargot, pasta, and gnocchi. The staff is extremely friendly and the ambiance is simply too good to put into words. This is a must-stop for anybody who’s in the city.

Royal Haveli serves the best Indian food in the city of Belleville. The food is otherworldly and so is the service offered by the staff at the restaurant. Try out the Chicken Biriyani, Chicken Korma, Butter Chicken, and the assortment of kebabs that the restaurant offers. You won’t be disappointed!

With plenty of water bodies around, it is fair to assume that the city of Belleville serves some amazing seafood. The Boathouse offers great views along with the best seafood that you’ll come across in the city. The portions are very fulfilling and the fish and chips are worth the time to check this place out.

Although it’s not as big as Toronto or Ottawa, the city of Belleville has plenty to offer to all those who choose to visit her. The city on the edge of the Bay of Quint is one of the best-kept secrets in the province of Ontario! 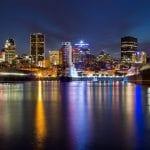 10 Best Things To Do In Montreal
Next Article

How to Apply For Cultural Grants in Canada.
Leave a comment 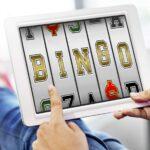 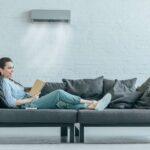 Maintaining a Comfortable Home Air Temperature in All Seasons in Canada 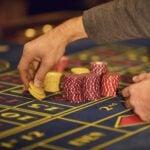 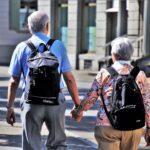 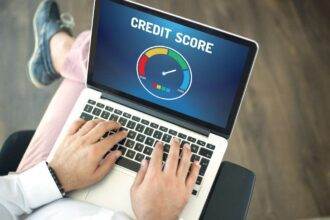 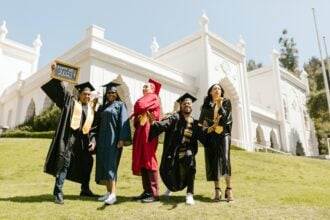 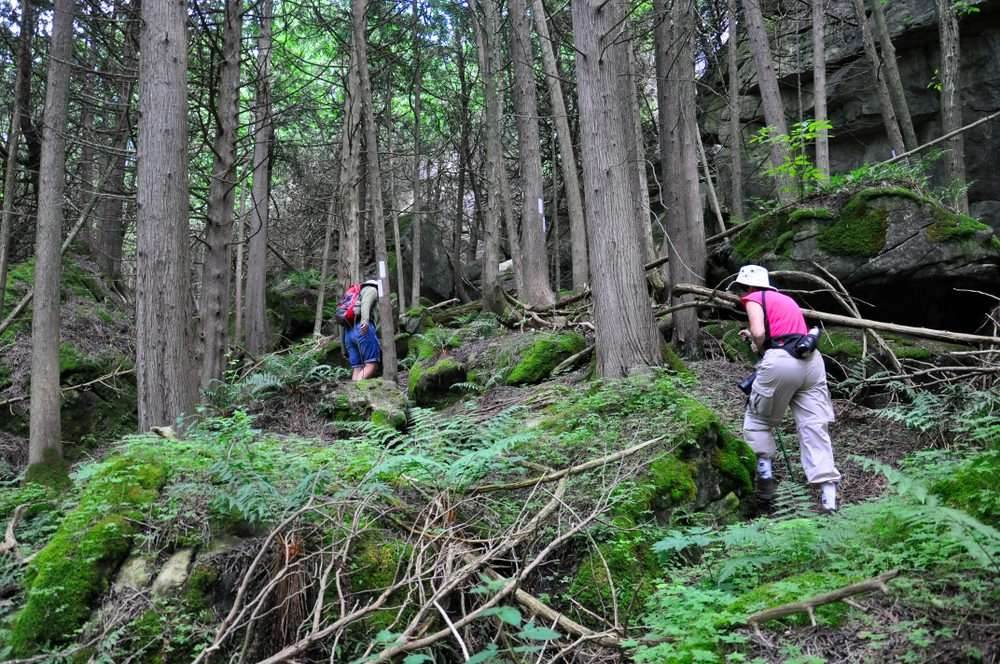 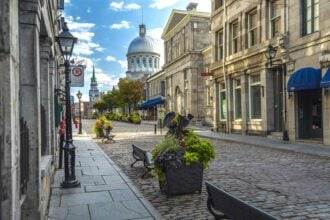