Getting Your Costco Membership? 5 Things You Should Know 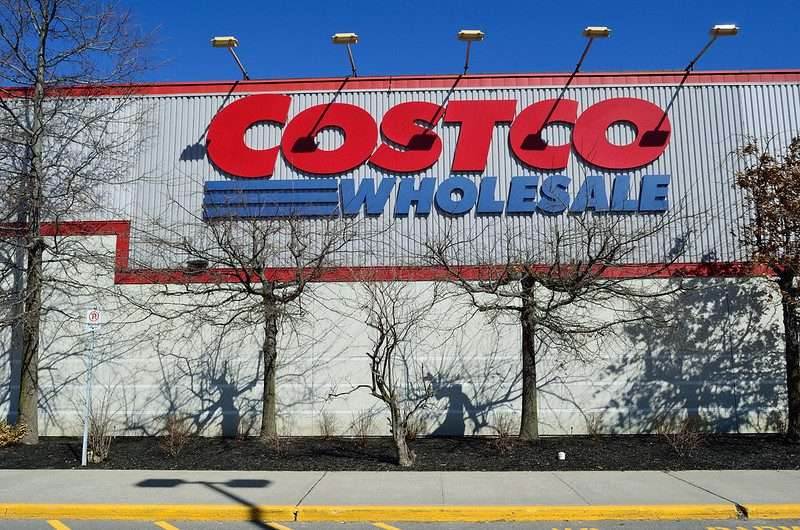 Are you a Costco member yet? It’s cheap, and could save you hundreds of dollars every year. In fact, in 2020 there were over 105 million Costco memberships around the world.

What is a Costco Membership?

Costco Wholesale Corporation is also known as Costco (Costco Canada). It is a widely spread business that owns a series of warehouse clubs that run on a membership-only basis. It is one of the topmost retailers in the world. Costco’s first-ever warehouse was built in the year 1983. Seattle by James Sinegal and Jeffrey Brotman built it.

1. What are these membership-only warehouses? And how do they function?

A warehouse club, or a wholesale club, is nothing but a retail store. They deal with merchandise sales. Costco sells in huge wholesale quantities at low prices using the no-frills policy. All a customer has to do is to own an annual membership by paying a fee to shop.
After the United States, Costco Canada has seen its second-largest number of warehouses with a whooping 100 at work. Memberships are issued to the customers interested in being a part of the club.

2. What is the criteria for a Costco Membership?

Just like in a lavish nightclub, you can’t actually get in without a cover. Costco Canada holds a cover policy too. It’s in the form of a membership fee and lets you shop all year long as you please.
Anyone who wishes to avail of a Costco Canada membership has to comply with certain rules and regulations. Costco may revise these rules at any given point with the member’s consent and prior notice. Let’s take a look at the rules and regulations to avail of the membership.
Or, they should be qualified as a Chartered Accountant, Chartered Architect, Doctor in various fields, Chartered Surveyor, Solicitor, Barrister, Magistrate, Advocate, Chartered Engineer, Civil, etc.
Another advantage of being a part of Costco Canada is a 100% Satisfaction Guarantee. If you are not satisfied with the services, a full refund on the membership is provided.  You have Benefits, Savings, a minimal fee of only $60 (CAD) and a whole year to make the most of it. Looks like it’s time to make a little detour to your nearest Costco store.

Memberships are majorly divided into categories.

Costco Canada provides an Individual membership to employees of select groups and professions. It is available to any individual above the age of 18 years. One must also fulfill the requirements listed above. There are 2 types of Individual Costco memberships available.

Gold Star Membership with an annual fee of CAD 60

Gold Star Membership allows an individual to purchase products for personal use. They can do so in any of their stores worldwide or online at costco.com. Once you apply, an email with the membership number will be sent to you within 2 business days.
The application will be taken to a Costco Canada Membership Counter. Then you will be issued your membership card. Further, a Canadian-issued Government ID or a US Passport should be produced. It is necessary to complete the application process. (NOTE: Government ID Numbers are not recorded).

Gold Star Executive Membership with an annual fee of $120

Want to become an Executive member? Members receive several benefits, like
A Gold Star Executive Membership Card comes with a free Household Card. An executive member can shop for products for their home and family. It is valid for a year and can be used at any Costco Canada location or any other Costco location worldwide. You can also use it online at costco.com. The Costco Gold Star Executive Membership follows the same application process as the gold star membership.
Once applied, the membership number will be emailed. It has to be produced at a Costco membership Counter where you are provided with a Membership Card. Also, a Canadian-issued Government ID proof or a US Passport should be produced. It is required to complete the application process. (NOTE: Government ID Numbers are not recorded).

1. Individual Business Membership with an annual fee of $60 CAD annually.

Both the Business Membership types have a validity of one year at any Costco Canada Store or any Costco Store worldwide. You can also use it online at costco.com. The application process is similar to that of individual membership. It can be renewed annually.
All of the Memberships mentioned above have two things in common.
(NOTE: All the prices concerned with Memberships are pre-tax. The actual price depends on the region of purchase)

Amidst the whole pandemic situation across the world, any form of social contact is fatal to life. What could be better than having Costco Canada card? It operates digitally and lets you avail of all of the benefits. You don’t actually have to carry a copy of the card wherever you go. Sounds fascinating? Yes, Costco Canada provides you with the facility of a digital membership.
A digital version of the Costco Canada Membership can be accessed via the Costco app. This app also allows you to renew your membership and lets you check your reward balance. The Costco app is available on the Google Play Store or the App Store. With this digital membership, Costco has made shopping easier and fun. Moreover, you don’t have to worry about misplacing your card!

5. Common FAQ’s About The Costco Memberships

Q1. How do you pay for your purchases?

Ans. Costco accepts only Visa Credits. If you do not own a Visa Credit Card, you can make payments via cash, debit card, or a check. Costco only accepts members from the same family who are living at the same address.

Q2. Is a membership from Costco a feasible option if you don’t shop in bulk?

Ans. As per the analysis, Costco’s main attraction is its savings on bulk shopping. Therefore, if you do not have the means to store in bulk or shop for more, this membership is not the best option.

Q3. What services of a Costco Warehouse can you access as a non-member?

Q4. Can you shop at Costco without actually being a member?

Ans. Yes, you can do that. One way is to tag along with a friend who is a member since Costco members are allowed to bring two guests. Another way is to use Costco shop cards. These work like gift cards that members receive and range from $10 to $100. Costco sells pretty much everything you need, from home appliances to your favorite gadget.

Costco offers a wide range of shopping options. Right from basic amenities like oat milk to a diamond ring, they have everything. Walking through those big bulky shopping aisles is a dream come true to shoppers. You see a lot of things you didn’t know you needed. From tech to apparel, they have everything in store for you with a big saving pool.
If you are looking for grocery shopping in bulk, check out The Top 15 Canadian Grocery Stores with Chains.
Costco Wholesale Corporation is a lot more than just that. Costco has frequent new stores openings. You might just grab on to those grand opening discounts and newly arrived options to shop from. And with Canada being its second hot spot, there is just so much more awaiting its members.
With its widely spread stores, the employment opportunities are endless. With all that being said, if you have your Costco Membership already, Congratulations! You’ve made it as an adult, and if not, what are you waiting for?
Visit the official website Costco.com or the Costco Canada Website and get started on your fantastic shopping journey with Costco. Happy Shopping, Canada! Want to know more? Check out similar articles here.
Tags:CanadaCultureeconomywork in canada