Is Canada Socialist? 7 Easy Facts To Decode It! 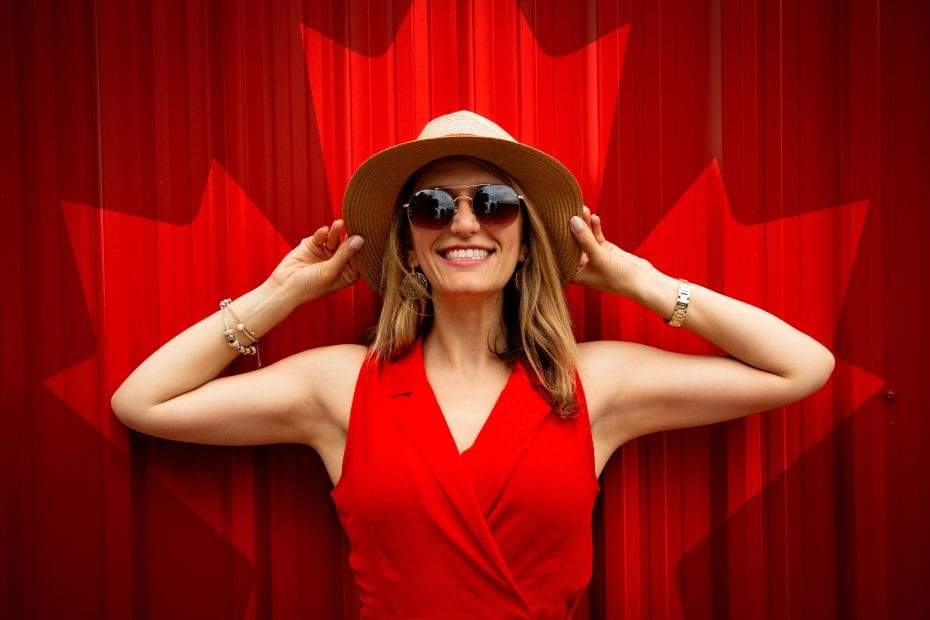 Over the years, Canada has earned a reputation of being the kind, progressive, and mature ‘older sibling’ of the United States. It is this reputation that prompts many people to ask the question, ‘Is Canada socialist?’ While a fair amount of Canadian policies seem socialist on the surface, is there really any substance behind these observations? After all, what exactly makes a country socialist? 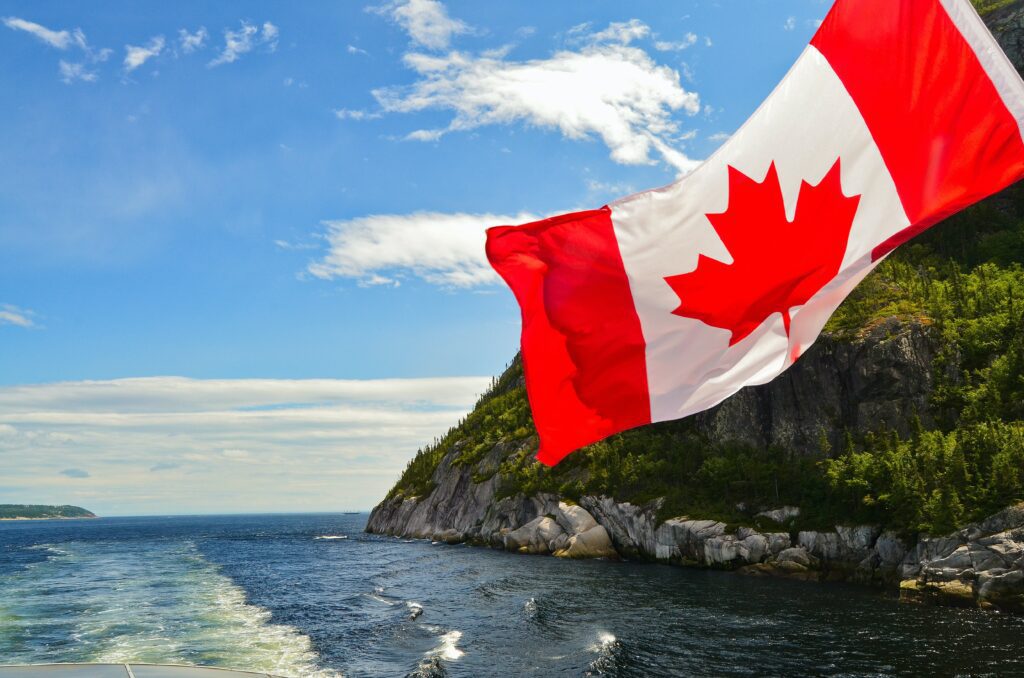 Photo by Isabel Piñeiro on Unsplash

If you want to find out ‘Is Canada socialist,’ then look no further! Join us as we uncover what socialism is, what its alternatives are, and where Canada falls on the socialist spectrum.

Before we can discuss ‘is Canada socialist,’ we need to understand what socialism is. The official definition of socialism describes it as a political and economic theory or system of social organization that encourages production, distribution, and exchange to be owned and or regulated by the community as a whole.

What this means in effect is that socialism believes that the market should be controlled by the community rather than individuals or corporations. Socialist societies give the people control of industry and distribution ( factories, mines, trade), making them in charge of the market. The output of this market would be distributed according to the need to create equity. Food, money, and everything else would be divided in such a way that, ideally, there would be no more social divisions and classes.

This socialist model has been criticized and praised in equal measure. Some say that socialism is a fool’s gambit and an unrealistic view of how society functions; others say that socialism is the perfect system for a society that we should all strive to achieve. If you are one of the people that think socialism sounds too idealistic – you would be right!

Socialism was designed to be a model that would lead to a perfect utopia. Complete and unsullied socialism would hopefully allow humanity to move forward as a species, leaving behind the petty quarrels and disputes of today. Without the barriers of poverty, race, and inequality, who knows what we could achieve?

So, whenever people say ‘socialism cannot work in the real world’s, socialists respond, ‘why can’t we make a world that works like that?’. Socialism is not about improving society as it currently is. It is about creating a new and improved world altogether.

Photo by Clay Banks on Unsplash

Furthermore, socialism does not mean that people will get the same amount of money! What would actually happen is that welfare, universal basic income, infrastructure, and education would be easily available and accessible to all. This way, every member of the country’s population would be starting on an equal playing field.

So far, no country has achieved true socialism, and the interpretation of what socialism is varies greatly depending on where you are in the world. Attempts at socialism cover everything from the modern and progressive Scandinavian countries to the Nazi Regime of the Second World War! This, unfortunately, makes answering the question of ‘is Canada socialist’ a lot harder.

Photo by FransA from Pexels

Obviously, socialism is not the only socio-economic system that there is ( otherwise, there would be no debate over ‘is Canada socialist’!). To help us better understand what socialism is, we must compare it to other systems and models currently being used in the world today.

Capitalism is the dominant economic system in the world today. Most countries have some form of capitalist economy or trade system, which is why international trade is relatively simple.

Capitalism is commonly described as an economic and political system in which a country’s trade and industry are controlled by private owners for profit, rather than by the state. In simple words, capitalism believes in the prosperity of the individual over the community. Capitalism rewards people for working harder and smarter than everyone else to get ahead and make the most money (or capital, hence the name).

Photo by Karolina Grabowska from Pexels

At first, this system can seem too selfish and short-sighted, but the model has a lot of good reasons for prioritizing individuals. The core principle of capitalism is the incentive to work. If people are working for themselves and are rewarded for their own efforts, they will be more motivated to continue working harder and increase their efficiency as a result. If everyone is always going to get the same amount of money no matter what, they have no incentive to increase their output.

We have capitalism to thank for the stunning variety of products and brands on our store shelves and the rapid technological progress we have been observing for the past 50 years. When capital is king, productivity is its queen.

Unfortunately, capitalism is not all prosperity and progress. The current late stage of capitalism means that mega-corporations are currently dominating the market, leaving no room for independent businesses or individuals. Corporate consolidation also poses a huge problem as multi-billion dollar companies decide to merge or partner to eliminate competition between them and increase mutual profits.

No competition means there is no need to innovate. This is a massive disadvantage to consumers as they will soon have no option but to purchase the mega corporation’s products, even if they are inferior in quality!

Photo by Andrea Piacquadio from Pexels

Communism is a theory or system of social organization in which the community owns all property, and each person contributes and receives according to their ability and needs. Under communism, there is no private ownership. The government owns all land, industry, and resources and divides them out according to the country’s needs.

If the word ‘communist’ strikes fear into your heart, you should consider why you were taught that communism was inherently evil! During the Cold War (1949 to 1999), both the capitalist west and communist east were vying for ideological victory over the other. If you grew up in the west, you were most likely fed western propaganda that depicted communism as controlling, nationalist, and regressive.

However, this is not strictly true. The communist USSR had many successes and victories in its early day, and many people who grew up under the regime still stand by it today.

Photo by Mike from Pexels

However, that is not to say that communism is perfect! If we continue to use the USSR as an example, we can spot any issues with the model. The USSR collapsed in 1999, which is a major red flag as to the viability of communism.

The main problems the USSR faced were the mismanagement of funds and the autocratic leadership working to consolidate power instead of relinquishing it ( like communism aims to do!). There are still many links to work out when it comes to communism.

Is Canada Socialist? Facts In Favour

Canada is well known for its generous and extensive welfare programs. From old-age benefits to unemployment schemes, Canada has got welfare covered.

Welfare is inherently a socialist policy. The distribution of the state’s funds for the benefit of the people is the basis of socialism. Canada’s world-class welfare is actually one of the main factors that prompt the question ‘is Canada socialist.’

Photo by Anna Shvets from Pexels

When talking about ‘is Canada socialist,’ how could we possibly leave out Canada’s free healthcare? Free public healthcare has always been one of Canada’s greatest modern, socio-political achievements.

Free healthcare is generally considered to be a socialist policy as it helps level the playing field. In Canada, who you are and how much you earn cannot affect your access to quality medical services. 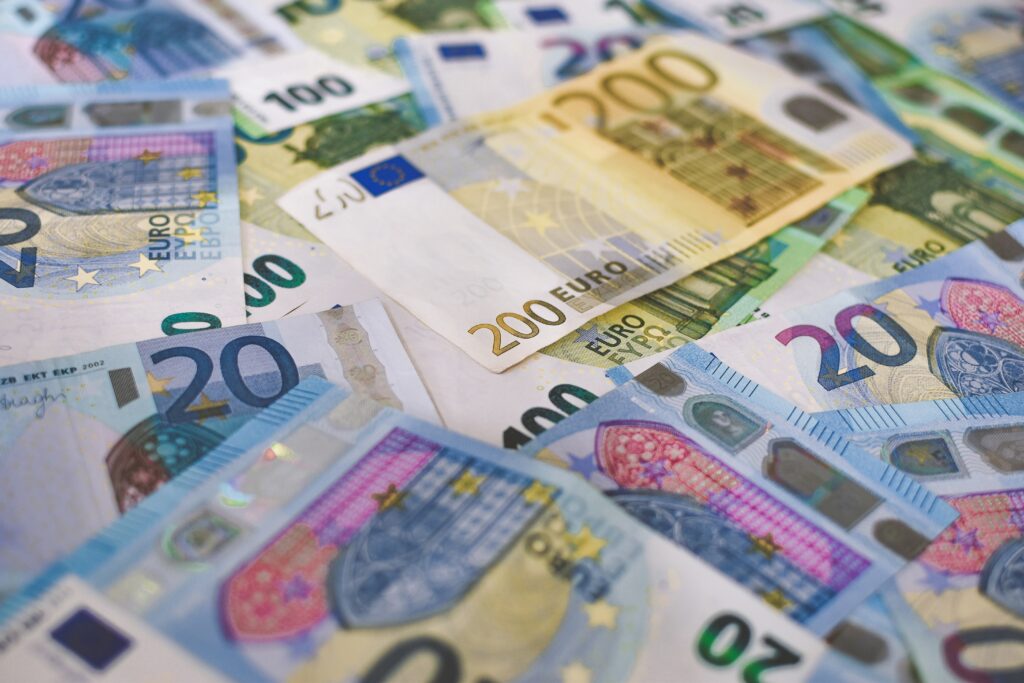 Photo by Ibrahim Boran on Unsplash

The practical tax rate in Canada is 28 percent (the practical tax rate is just 18 percent in the United States), which is relatively high. As far as ‘is Canada socialist,’ this is actually a point in its favor! Taxes are a socialist must, as they help fund infrastructure and ensure that everyone is contributing an equal percentage of their income towards the community.

Is Canada socialist? Facts Out of Favour 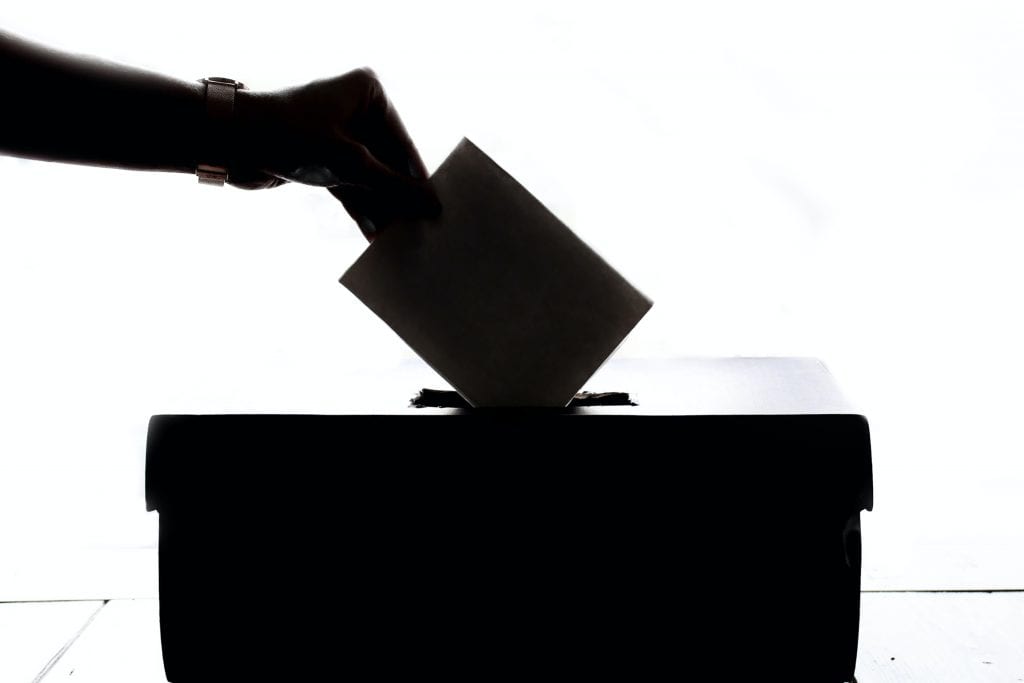 Photo by Clay Banks on Unsplash

2) Control of the Economy 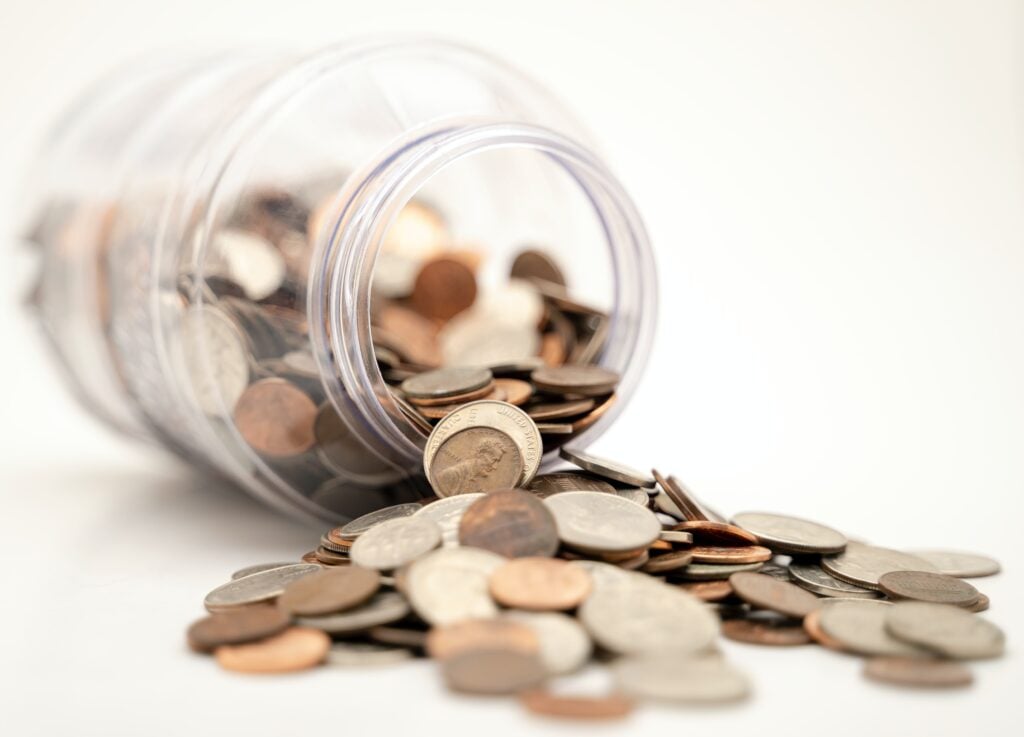 Canada is still a free market regardless of how good its welfare and benefits systems are. A core principle of socialism is that people have control of enterprise and production.

Canada does not have this system as the state only controls around 35 percent of the market (rather than the minimum 80 percent seen under socialism). Therefore the answer to ‘is Canada socialist’ is no. 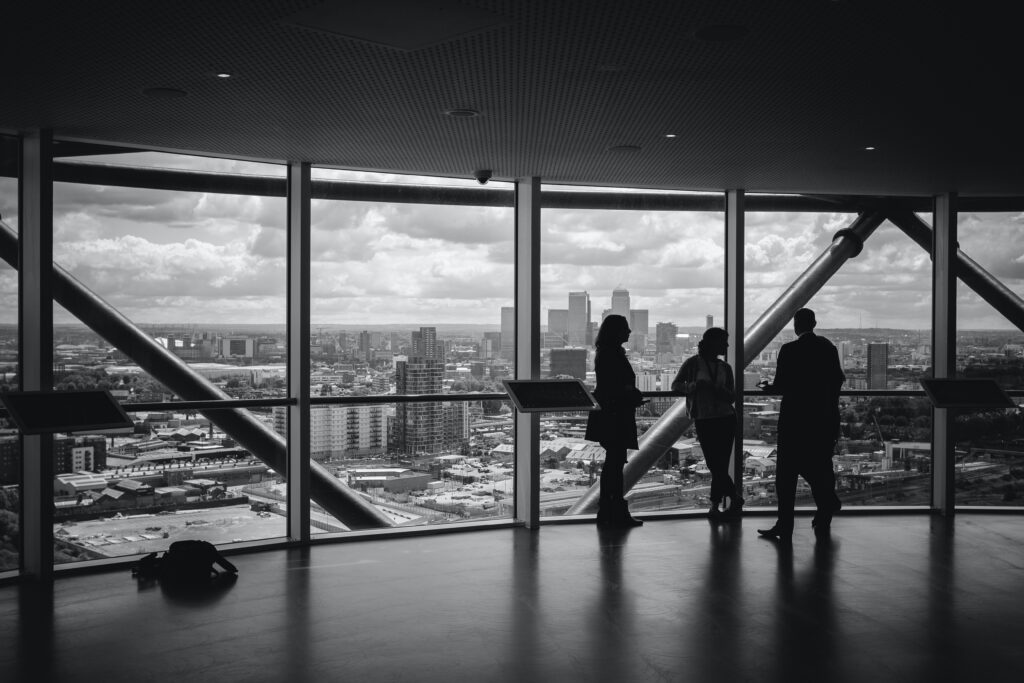 Photo by Charles Forerunner on Unsplash

Another reason why the answer to ‘is Canada socialist’ is no is that Canada has private ownership. Socialism does not believe in private ownership of any kind, but Canada still has a private business, land ownership, and private schools, and hospitals. Canada has a whole thriving private sector, so it can’t be truly socialist!

Photo by CDC from Pexels

Under socialism, high-quality education would be free to all to ensure zero discrimination amongst the people. However, Canada does not offer free higher education. You only have free public schools till you reach Grade 12 The education sector is still for profit in many areas and thus is very firmly capitalist!

Is Canada Socialist? : A Final Answer

So, the answer to ‘is Canada socialist’ is… not really! Canada is a Social democracy – a capitalist multi-party state with socialist policies to improve the quality of life. Canada seems to have found the perfect blend of socialism and capitalism that works for them. Check out our other articles!

35 thoughts on “Is Canada Socialist? 7 Easy Facts To Decode It!”