Michele Romanow is one woman Canada is proud of! Let’s gain an insight into the journey of this inspiring women entrepreneur!

Michele Romanow is one famous personality in Canada; we can say that she has achieved great success in her life at a very young age. She is a renowned face in Canada because of her presence in the television series industry.

You must have seen Michele in the Dragon’s Den, an exciting show similar to the ABC’s Shark Tank. She started her business while she was in college, and today she has successfully built five companies with the help of her college friends turned business partners.

Michele Romanow is an inspiration for women around the world. We can call her a serial entrepreneur. But the journey of becoming an inspiration is something that not everyone is aware of. This multi-talented business personality has a fantastic journey to share with us, so let’s get started!

Michele Romanow was born in June 1985 in Calgary, Alberta, Canada. But she grew up in Regina, and she is a Ukrainian descent. Michele has an intelligent mind. She was willing to do what others thought was crazy.

Michele was born in a well off family, as she’s the daughter of Marvin Romanow, who is a well-known personality of Canada. Marvin was the former CEO and President of an Oil and Gas Company named Nexen; now, the name has been changed to CNOOC Petroleum North America ULC, which is a Chinese owned oil and gas company based in Alberta.

Michele Romanow went to Queen’s University, which is a reputed university in Kingston, Ontario. She pursued civil engineering there, but within a year, she knew this was not it. She was always interested in business, and while being in college, she took the first step towards her first business.

She completed her civil engineering degree anyway, and later also did an MBA, which significantly boosted her morale. She learned a few missing ideas of business while pursuing her MBA. Michele has been awarded the ‘Agnes Benidickson Tricolour Award,’ which the highest tribute award given by Queen’s University.

If you are getting inspired by Michele Romanow and want to go to a similar university like hers, you can read about the five best universities in Ontario here!

The business journey of Michele Romanow is a long and interesting one, with ups and downs and surprising elements; because while being a student, she started her journey and didn’t wait for her college to finish.

The Tea Room- Michele started with her first business while she was in the 3rd year of her college; she spent lots of time in studying about all about coffee. Her curious mind led to creating a zero-waste café on the campus, and she enrolled herself with this idea in a business plan competition.

She didn’t win but later partnered with two of her fellow engineering students named Ryan Marien and Richard Branson. With planning and execution taking some time, all three of them launched their first café called ‘The Tea Room’ while they were in their last year of college.

The Tea Room has an entrepreneurial touch because they were creating zero waste, all the junk was getting utilized in vermin-composting, and later the soil was sold to the farmers. This café is still present on the campus of Queen’s and runs successfully.

Evandale Caviar- the Evandale Caviar journey was a great learning experience for this trio. After graduation, the three of them planned on exploring new business ideas into luxury furniture. Still, that required huge investment, so later on, their thoughts got stuck in the caviar market.

The sturgeon overfishing was an excellent opportunity for them to get hands-on experience of selling caviar. They drove to Evandale and contacted a few anglers to have a rough idea of fishing and making caviar; they rented a boat and waited almost 10 hours for their fisherman.

The long wait made them question their intentions by analyzing what they are doing, as they had an engineering degree, an MBA degree and stalking a fisherman from the last 10 hours.

Later they sold all of their caviar stocks to luxury hotels and restaurants within a short period. In 2008, the luxury world faced a crisis, and they stopped their business; but they made good enough profit from this business.

But as the recession arrived, they preferred taking up jobs; Romanow took up a job with Sears Canada as a director of the strategy; only to find out another great business opportunity. Although none of them had enough technical skills, they still managed to make something as unique as Buytopia.

Buytopia.ca- She started Buytopia in late 2010, an organization providing discounts and offers to customers while group buying goods or services. Within the first three deals, they earned $10,000, which was quite surprising for them and acted as a morale boost.

Slowly Buytopia became a huge success; it had terrific deals for services, products, events, merchants, and travel with big companies like Staples, Porter Airlines, and Cirque du Soleil. It went on and acquired ten more competitors; competitors including shop.ca and Wagjag, and later in 2018, it joined Emerged Commerce Inc.

SnapSaves- While Michele Romanow was working for Buytopia’s progress, after its merger with the e-commerce company, they launched Snapsaves, another mobile couponing application that allowed people to get rebates if they sent a picture of their purchased products’ receipt.

The business showed growth; later, the few more prominent companies weren’t interested in working with them because of the longer sales cycle. To keep the startup going, they decided to raise funds from the venture capitalists, and later SnapSaves was bought by Groupon in 2014, and after it was relaunched as Snap by Groupon.

Clearbanc- After two of her business partners went on to handle the business for Snap by Groupon, she was left alone in the corporate world. But she managed to take another step towards her career and became the founder of Clearbanc, a venture capital firm with her husband.

Michele Romanow has successfully earned her name in the Canadian market. She has been an essential member of several other firms and renowned institutions. She has co-founded the Canadian Entrepreneurship Initiative, which an LLC company. She has continued her venture in producing PPE kits in the year 2020, as mentioned by the Globe and Mail.

Michele Romanow became a part of Dragon’s Den, which a similar show as that of Shark Tank, where entrepreneurs come up with their unique business idea and present in front of the panel of renowned entrepreneurs and investors.

She joined the show in 2015, which was the 10th season of the show where she got the opportunity of knowing some already well-known people like David Chilton, Manjit Minhas, etc. People on the show love her as she is not like the arrogant investors bombarding the presenter and making them nervous because she has already faced those nerve-wracking moments herself.

She is the youngest panel member on the show because she started five companies before her 33rd birthday, now you don’t see such successful and young judges every day.

Before moving on to the awards and recognition this outstanding serial entrepreneur has bagged, let’s first look at her other partnerships.

Michele Romanow is a member of two companies that have been listed on the New York Stock Exchange. She is a director for Vail Resorts, Freshii, and Shad. She is also the Queen’s School of Business League of Innovators and was formerly a part of Whistler Blackcomb ski resort.

Coming to the awards that have landed in her lap is Angel Investor of the Year by Canadian Innovation Award. Her companies have been mentioned in the Profit Magazine, which has landed on 31st position in the top 50 fastest-growing companies.

Her company is in the 21st position in the W100 list of fastest-growing companies. She has been one of the finalists in the Entrepreneur of the Year organized by EY.

Michele Romanow is one of the 100 Most Powerful Women, according to WXN. She has been a finalist on the RBC Canadian Women Entrepreneur Award. She has won the Toronto Board of Trade Business Excellence Award and has been mentioned by Forbes only Canadian, “Millennial on a Mission.”

Michele is indeed an inspiration to all the women who have an entrepreneurial attitude and want to pursue excellence in their lives. She believes in researching, brainstorming new ideas, and taking the risk and initiative in business because a fantastic opportunity can be missed if you delay your execution.

The achievements and popularity that Romanow has achieved today weren’t delivered to her within a few days. It took years of hard work and stressful days and nights to build something that she is proud of today. The journey was full of ups and downs, and the 2008 recessions playing an important role in affecting the lives of intelligent minds.

This was an article on ‘Michele Romanow: 4 Stages of Inspiring Entrepreneur!’. If you have anything to add, please feel free to share your thoughts with us! 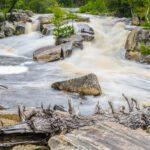 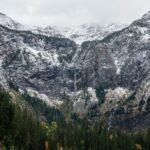 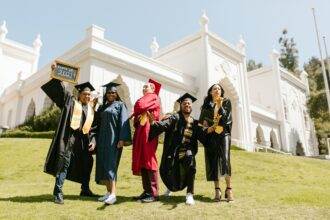