New Visa Rules For Entry Of GCC Residents In Tunisia

Foreign residents of the GCC countries can now enter Tunisia without a prior visa, following  the new visa rules for entry of GCC residents in Tunisia. GCC ( Gulf Cooperation Council) countries include the United Arab Emirates, Saudi Arabia, Kuwait, Qatar, Bahrain, and Oman. There are around 25 million foreigners residing all six gulf countries. They now have access to a visa-on-arrival entry in Tunisia. These foreign residents will have to show a valid residency permit for entry.

The Top New Visa Rules Of GCC Residents in Tunisia

Before the new announcement, foreign residents of all six GCC countries had to pay for a visa. It only lasted for 15 days. The Tunisia government plans to increase foreign investments from Gulf countries and also boost tourism. The new visa rules for entry of GCC residents in Tunisia will also highlight the country’s tourism sector and grow its gross domestic profit.

Tunisia is a country in Northern Africa known for its beautiful natural heritage and Islamic architecture. It has some of the most gorgeous beaches of Africa. Its coast is covered in a lush canopy of forest while its south is largely arid connecting to the great Sahara Desert. 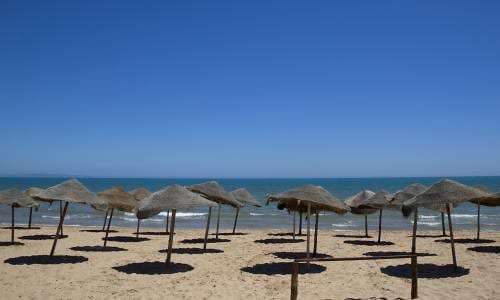 Increase in The Number of Tourists in Tunisia

Every year Tunisia gets around 4.5 million visitors. The government plans to hit the target of 5.5 million by the end of 2017. There has been a steady growth in the number of tourists visiting Tunisia every year. However, tourists from the Gulf countries is very less than expected by the government. The Arab population visiting Tunisia steeply reduced in 2011 after the dramatic events turned the country upside down.

Native residents of all Gulf countries have visa free entries to Tunisia. The new visa rules for entry of GCC residents in Tunisia was announced by Selma Elloumi Rekik, Tourism and Handicraft Minister on October 16, 2017. In her announcement, Rekik said that any resident of the Gulf countries will get a tourist visa for Tunisia as soon as they show the residency permit, while nationals do not need a visa to enter

Tags:New Visa Rules For Entry Of GCC Residents In Tunisia