The Liberal Government in Canada has voted to increase immigration in Canada. After a cross-party consultation and discussion with Canadian citizens across the country, people have overwhelmingly advocated for increased numbers of immigrants to Canada due to job shortages and demographics.

This year alone, there are expected to be around 300,000 immigrants to Canada with residency, including around 57,000 refugees, 162,000 economic migrants, and 80,000 reunified families. Immigration into Canada has stayed at a stable 0.7-8% for the past twenty years. Speaking with news reporters after a cabinet meeting, the Immigration Minister John McCallum confirmed that any changes to increase immigration in Canada are as a result of the recent cross-country consultations with Canadian people from all walks of life.

The labour force is growing increasingly dependent upon immigrant workers as the birth rate has dropped in Canada, and the number of foreign-born workers on temporary visas has increased greatly. Many of these temporary workers make a significant difference to the economy in Canada.

There are also changes planned for the number of temporary workers, with recommendations being made based on a recent report and survey carried out in Canada. Previous governments limited the number of foreign workers to protect native workers but now companies are finding that they cannot fill all positions due to the limits. But this time the government has thought to increase immigration in Canada.

Many companies, when they do hire good overseas workers, want to keep employing them after the temporary visa runs out and sometimes use provincial immigration programmes to transition them to permanent residency. Many Canadian employers travel abroad to recruit workers directly to cope with a shortfall of staff and are watching with great interest to see how the new changes to immigration will help the labour force in Canada and to increase immigration in Canada is one of the best ways.

Business Leaders Back Campaign for Visa Extension for Indians
Next Article 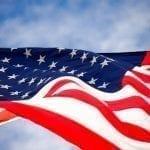