Thailand Extends Stay of Foreign Entrepreneurs for up to Four Years 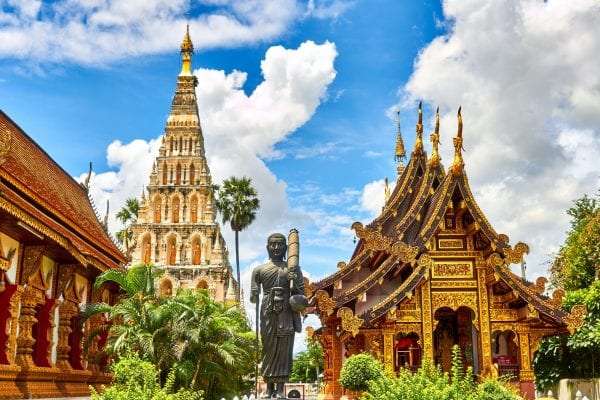 Thailand has provided an extension for the stay of visa holding foreign investors to a period of four years. This new development garnered appreciation from foreign investors, who nevertheless, felt that the move was a minor one. The new online one-stop service can mean a boost to the country’s economy, and experts are urging the government to set things up at the earliest.

Stanley Kang, who is currently the chairman of the JFCCT, for instance, pointed out that largely, they were happy with the government’s latest move. However, he argued that foreigners wanted the government of Thailand to come up with an electronic alternative instead.

The Thailand government had declared on 18 August a plan to launch four-year free visa grants for the investors and experts the country needs. The regulatory body will give the interested entrepreneurs ratification from the BOT (Board of Investment of Thailand).

The foreign investors have been reportedly appealing to the government to provide them an easier method to attain work permits and allow them to stay there for a longer time interval.

Kang also said that the setting up of an e-government platform for visas would simplify things for those investing and trading in Thailand.

He also asserted that the government should think of scrapping the system of immigration forms in the wake of digitization of all processes, including passport and ID cards.

He also pointed out that since visitors to Vietnam and Malaysia do not need to fill in immigration forms when they enter those countries, it is unfair and unreasonable for Thailand to ask travelers to complete paper forms for entering the country and this will discourage foreign travel to the country.

For Marc Spiegel, who is the former vice chairman of JFCCT, this policy step is largely positive, but the lack of details remain a question.

FOr other experts, there are other questions to answer. For instance, for now, the extension only seems to apply to a restricted number of technicians and foreigners who invest in specified industries.

The first group which will receive this extension includes experts such as researchers, medical personnel and aviation engineers who would be registering to work at Eastern Economic Corridor projects.

The second group includes investors in the field of smart electronics, and efficient agriculture, among others.