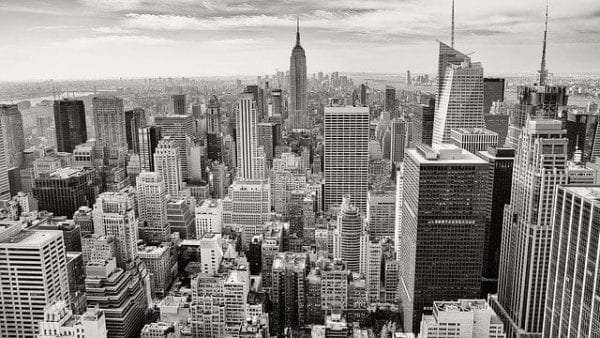 It’s hard not to fall in love with New York. The big apple is always brimming with energy! Broadway shows, delectable global cuisines, fancy bars, lofty skyscrapers, quaint cafes, diverse ethnic groups, millions of dwellers all contribute to the city’s charm and beauty. Words are not enough to describe the magnificence of this city.

Manhattan, the most populous of all the five boroughs, is right at the center of the city, where millions of people flock to work or leisure during the weekdays.

Even though it’s tough to explore the city due to its ever so crowded streets, you should totally do it whenever you get the opportunity. The experience is anything but mundane. One moment you’ll feel like you’re playing a part in “Breakfast at Tiffany’s,” and the very next moment, you’d be trudging down the Jones Street just like Bob Dylan, cruising on your way to the Greenwich Village.

NYC is a melting pot of cultures and a gateway city that invites tourists to come and see the urban marvel that is the Statue of Liberty. Visitors can also explore Chinatown, learn the blacks’ ways in Harlem and nosh on the toothsome food served in restaurants in Little Italy, all within one day.

Traveling in and around New York is extremely convenient since the city boasts of a great public transportation system. NYC has three international airports, including JFK, La Guardia, and Newark. These airports are served by a multitude of airlines, connecting travelers to many destinations, domestic as well as international. One could also use the Metro or taxis to get around within the city.

New York, also called the city that never sleeps, also invented dishes such as eggs benedict, hamburger, and the New York cheesecake, dishes that are loved by all. You must absolutely try their hand-rolled bagels at Absolute Bagels, homemade hamburgers at Shake Shack, and the very famous deep pies at Bleecker Street Pizza.

The city is also home to some of the most luxurious hotels like the Waldorf Astoria and Roosevelt Hotel. You’ll also find plenty of boutique hotels and economical homestays here.