One of the most famous waterfalls in the world, Webster’s Falls is a classic example of a curtain or plunge type of waterfall. The specialty of the falls is in its alluring 360-degree view. However, there’s a lot more to the falls than just the view. Want to find out exactly what it is that makes it special? Read on to find out.

Webster’s Falls are located in the Spencer Gorge/Webster’s Falls Conservation Area. This conservation area was founded back in 1967. The Gorge is known for having a 100-meter depth, with its kilometer-long length adding to the charm.

Without further ado, let’s get right into the awesome things that make the falls so popular.

1. It’s the Largest Waterfall in Hamilton

There are about 96 waterfalls that you can see in Hamilton. Webster’s Falls appearance is emphasized by its width. At a total width of 30 meters (98 feet) and height of 22 meters (72 feet), it is the largest waterfall in Hamilton.

2. It’s located in the Dundas

It was once a town but has now accepted its status as a community/village in Hamilton, Ontario. It is also called Valley Town by the locals in Canada, because of its location. The Dundas can be found west of Lake Ontario, at the bottom of the Niagara Escarpment.

The Dundas has constantly been home to about twenty thousand people since the turn of the century. It is a very peaceful place to be. The view from Downtown in the Dundas is one that reeks of an old village where people go by their business without much fuss.

There are quite a few great restaurants in the Dundas where you can enjoy a meal. Check out the list here.

3. Getting to Webster’s Falls

Accessing Webster’s Falls via car is a bit of a hassle, to be honest. During the summer, the place is overcrowded and hence, the parking fares usually cost around $15.

However, during the winter when the place is not so overly crowded, the parking fares can be a little too much for the common folk.

If by any chance, you park your vehicle someplace illegal (I’m talking main roads, side roads, or anywhere else which isn’t a designated parking area) you might be fined $250 by the police.

From Brock Road, take another left and you’ll find yourself on Harvest road. Now, you can park your vehicle at the Spencer Gorge/ Webster’s Falls Conservation Area parking lot.

But beware, it is very crowded during the peak tourist season in summer. Which is why a lot of people prefer to go to the falls…

On weekends, a special free shuttle service runs from the parking at Christie Lake Conservation Area up to the Spencer Gorge.

From there, it’s a very short and easy hike to get to see Webster’s Falls.

The shuttle service runs in the summer to keep the large crowds moving without a lot of traffic in the area. A lot of the locals have bemoaned the crowds and the fact that there is no legal parking spot for kilometers on end.

The nearest parking spot where you won’t have to pay a fee is on Brock Road, which is a fair distance away from the falls.

4. A History of Webster’s Falls

It was originally known to the world as Dr. Hamilton’s Falls. Narcissistic as it may seem, it was named after Dr. James Hamilton who bought the land around the waterfall in 1818.

About two years later in 1820, one Joseph Webster came to the Great White North with his family. He purchased the land around the waterfall and built the Webster Family Manor, which stands on Webster’s Falls Road to this very day.

Currently, the waterfall is named after Joseph Webster’s family, hence it is called Webster’s Falls.

In 1856, Joseph’s son built a stone flour mill, known as Ashbourne Mills above the waterfall which had a not-so-happy ending. It caught fire in 1898, to put it gently.

Anyway, after the stone flour mill was torched, the first hydro-electric generator in the province of Ontario was built at the base of Webster’s Falls.

Coming back to the topic of the waterfall having an identity crisis, it has been known by the following alternative names:

There is also an emotional fictional story and poem about the falls which involves an Indian maiden and a white man which you can read right here.

The will of the former Mayor of the town of Dundas, Colonel W.E.S. Knowles stated that he wanted the area around Webster’s Falls to be made into a public park. And that is exactly what happened in the years that followed the request made to the town by its former mayor.

Webster’s Falls has been noted to be one of the most frequently printed postcard pictures, which reveals that it was popular even in the olden times.

5. The Differences Between Summer and Winter

During the summer season, the Spencer Gorge is one of the most congested places that you will see. However, during the winter the number of tourists who visit the place takes a drop, much like the temperature in the region.

Let’s have a look at all the events in the area during the summer season:

The falls come down like a curtain of water, and the temperature is pleasant as well. There’s a field around the waterfall for people to have a picnic and unwind as well.

Amenities are restricted, as there are no washrooms around. However, porta-potties can be used in the area.

The sight of the flowing river is an amazing one, The view from the Spencer Creek bridge (which will soon be a century old) is also an amazing one.

However, all the attractions nearby like apple farms, pumpkin patches, and sunflower beds in the area are full of people during the summer months.

The amount of people that gather is similar to that at a full-blown rock show.

During the winter, the waterfall itself is frozen and so is the river that drains into the waterfall. The entire area is full of snow. If you look at the area from the Spencer Creek bridge, you’ll find yourself in a winter wonderland.

It is a little difficult to get to Webster’s Lake in winter. However, the lack of a crowd means that it is a lot easier to see and traverse the area for those who don’t like traveling with the crowd.

The only downside to the place during the winter is the fact that the water bodies are frozen.

The Bruce Trail is the oldest, and the longest marked hiking trail in Canada. It spans from Niagara to Tobermory, and is about 900 kilometers long!

There are plenty of side trails along the Bruce Trail that amount for about half its length themselves.

North of the village of Dundas, you will come across the legendary Bruce Trail. Hence, Webster’s Falls is one of the many different detours that one can take when they’re hiking along the Bruce Trail.

The Bruce Trail runs through the waterfall, which is one of the reasons why it gets so crowded during the tourist season.

The Walk Around Webster’s Falls

If you start along the parking lot, you’ll follow a very well paved and well-marked region to the left of the Spencer Bridge which faces the waterfall. This region is where you’ll come across a very nice lawn, perfect for a picnic or a rest in the sunny weather.

Beyond the paved path, the trail goes on till the brink of the chasm. There’s a metal fence in this area, which blocks a great view of the gorge and the falls together.

However, you might be able to catch a glimpse of the view if you manage to work around it (which is tough).

Crossing the bridge, you’ll be in the Webster’s Falls park. If you look further upstream, you’ll find a few more bridges and remains of what once was an industrial area along the Spencer’s Creek.

Since it gets crowded during the hotter part of the year, I’d say it’s better to visit Webster’s Falls during the winter.

Read more about the cool things that you can do while you’re in Ontario:

Your Best Guide to Ontario, Canada.

6 Interesting Aspects of Cost of Living in Ontario, Canada 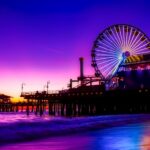 Santa Monica: Four Reasons to Visit and Four Activities to Try
Next Article 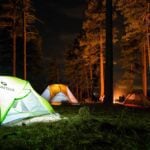 101 Camping Checklist: The Ultimate Guide to All Essentials 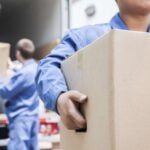 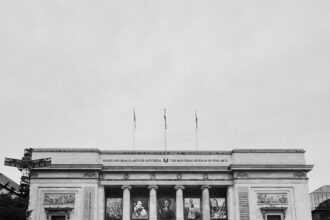 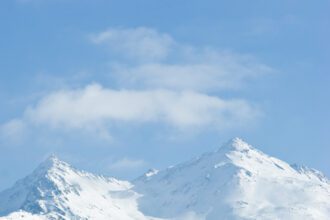 Skiing in Ontario: The Best 10 Ski Resorts in Ontario 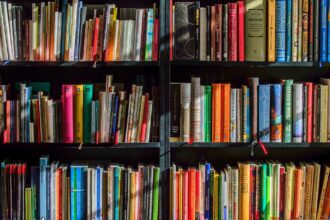 57 Craziest Canadian Books That You Must Read Right Now 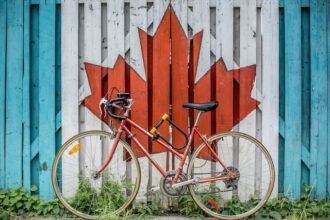