What are The 6 Best Canadian Cities to Live In Today? 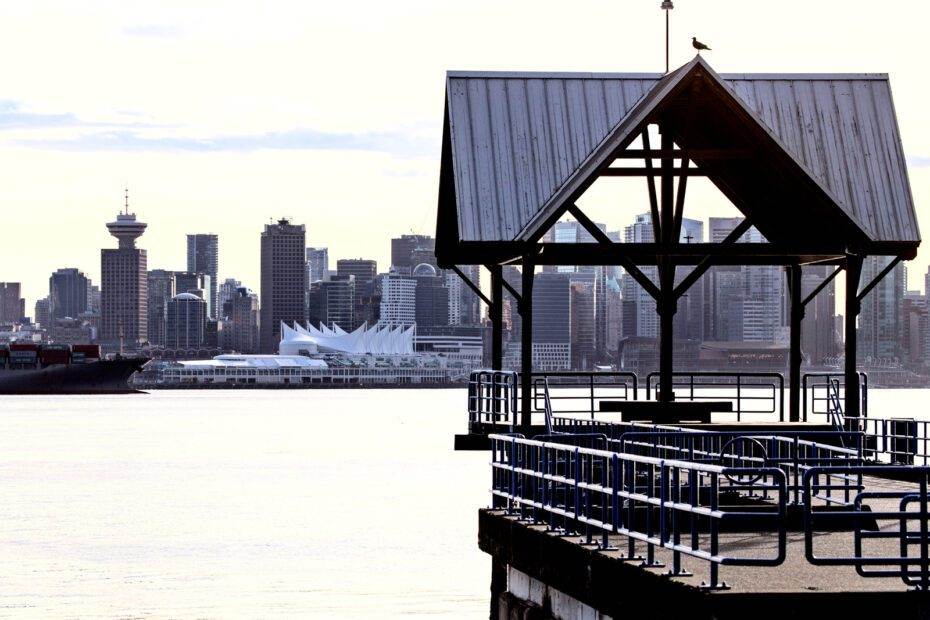 Wondering what are the best Canadian cities to live in?

The country of Canada lies in the northern region of North America. It consists of ten provinces and three territories, making it the world’s second-largest country based on total area. Though most of it is forest and tundra area, the country is sparsely populated. Besides Ottawa being Canada’s capital, Vancouver, Montreal, and Toronto are the country’s largest metropolitan areas.

Canada is ranked highest among the countries for its international measurements of government transparency, civil liberties, quality of lifestyle, economic freedom, and education. Hence, it is a good choice for settling in. All you need to do is select a city according to your choice set and move in. So, what’s the best city to live in in Canada?

The Top Canadian Cities to Live In

We have made a list of the best Canadian cities to settle in with their respective details for your convenience. Whether you are a new student, a new immigrant, or just looking to settle in another part of Canada but don’t know where you should go to, here is a list that may help.

Remember, Canada is home to different cities, and whether you love the cold (or do not), you are sure to find something that meets your needs.

Apart from being the capital city of Canada, it is the city with the most number of educated individuals in the whole population. The city is home to several post-secondary, research, and cultural institutions. It has a humid continental climate. According to Mercer, in 2019, Ottawa was ranked third among other Canadian cities based on the quality of life. Also, it was ranked 19th in the world for the same. Ottawa was also ranked as the second cleanest city in Canada and the third cleanest city in the world by Mercer.

Ottawa is a beautiful city, and if you have a whole family immigrating, then this city will be a great choice. The city even has an official site that has all the necessary details.

Ottawa has a good transportation system, like having many airline services at the Ottawa Macdonald-Cartier International Airport and at the other two regional airports. Inter-city passenger rail and bus services are also available. There are cycle tracks as cycling is a popular mode of transport. It can cost around $88 per month. To get more details of the transport system in Ottawa, click here.

There are a lot of job opportunities, so you do not have to worry about it. Some popular occupations among them are information systems analysts and consultants, retail salespersons, computer programmers, and media developers.

The total monthly expense in this city is approximately $2000. Rents can be around $700-1500, utility bills can be $100, and internet bills cost around $38. All these costs will fall into place because you will be earning a lot!

Definitely among the best Canadian cities to live in today, Burlington is located in the northwestern end of Lake Ontario. It has a humid continental climate with warm, humid summers with a dry winter. These features enhance this city to have good economic strength. The city’s proximity to Southern Ontario’s large industries and proximity to Hamilton’s transportation infrastructure add to Burlington’s economic base.

All of this has led to sustainable growth in the economy. It is a huge city exposed to beautiful nature and wonderful outdoors. There are many hiking spots for you to explore and go on adventures. You can lead a good lifestyle here and also get good healthcare facilities. Also, in terms of safety, this city has pretty low crime rates. The city even has an official site that has all the necessary details.

Burlington Transit is the public transport provider of Burlington. There is a commuter rail service, intercity rail service and also rail cargo transportation. The city has a very developed transport system.

The robust structure of the economy is driven mainly by the automotive and manufacturing sectors, which has a lot of growth potential. Employment is maximum in the sectors of food processing, packaging, environmental sectors and a few more. Two of the top five largest private-sector employers are Cogeco Cable and Evertz Microsystems. There are some large public sector employers like the City of Burlington, Halton District School Board and Joseph Brant Hospital. Hence employment is not a problem in this city. There are several options to opt for.

Burlington stands to be one of the most expensive cities, but it is worth it because of the lifestyle it has to offer. The average cost of homes is $500,000-560,000, but the average family incomes are pretty high.

Apart from being the provincial capital of Ontario, Toronto happens to be the most popular city in Canada. It’s one of the best Canadian cities to live in today. Toronto is also considered the most cosmopolitan city and the most multicultural in the world. Toronto is an important destination for immigrants to Canada, which is reflected in the city’s diverse population. The city experiences a hot-summer humid continental type of climate. Besides all this, the city has a low crime rate, making the place a good option for settling in. The city even has an official site that has all the necessary details.

Toronto is the central transportation hub for the road, rail, and air networks in Southern Ontario. The city has highways, public transit, train services, multi-use trails, and paths. The Toronto Transit Commission (TTC) operates all of this. There is also an extensive network of bicycle lanes. To know more, click here.

Four public school boards provide elementary and secondary education in the city. The three public Universities are- OCAD University, Ryerson University, and the University of Toronto. There are several supplementary schools, seminaries, and vocational schools.

This city is the center for international business, finance, arts, and culture. It is also a prominent center for music, theatre, motion picture production, and television production. There is good strength in fields like technology, design, financial services, tourism, and many more. The city is also home to the headquarters of many Canadian and multinational corporations. There is a high concentration of banks and brokerage firms in the city’s Financial District, on Bay Street. Big Five, which comprises Canada’s five largest financial institutions, have their national offices in Toronto. Hence, Toronto is the hub of a huge percentage of employment and has a lot of job openings.

Apartment cities are pretty high but living in the suburbs will cost you less. A one-bedroom apartment in the city costs around C$1,697, and outside the city costs C$1,318. The average monthly disposable income is around C$3,448. So the average cost of living per year will sum up to an amount of C$45,380.

Calgary is in the western province of Alberta and is the largest city in Alberta. Another popular Canadian city to live in today, Calgary, also happens to be the third-largest municipality in Canada and the largest in western Canada. It is also the fourth-largest census metropolitan area (CMA) in Canada and the second-largest in western Canada. In 2019, National Post had ranked Calgary as the best city in the world for drivers. The city has everything starting from pop culture to rock and roll music. Calgary has a high quality of life because of the clean, healthy, and safe facilities all-around the city. The city even has an official site that has all the necessary details.

The Calgary International Airport is the city’s major transportation and cargo hub for most of Central and Western Canada. It is also Canada’s fourth busiest airport. The Alberta Highway 201 goes around the city in a circle, so it covers several main roads. There are rail services to many places which is a convenient transport.

The city also has bus and C-Train services, and the Peace Bridge is for pedestrians and cyclists, which leads right to the Downtown core. Many of the downtown office buildings are connected by an extensive skyway network. To know more, click here.

The city has the country’s first high school, The National Sport School, which is exclusively for Olympic-calibre athletes. There are many schools, and two of the boards are- Calgary Board of Education and the Calgary Catholic School District Board. Also, Western Canada’s largest public high school is in Calgary, named Lord Beaverbrook High School. The University of Calgary has the highest enrollment of students for degree courses. Athabasca University also provides distance education programs.

Calgary leads in the oil and gas industry, among other Canadian cities. The strong job market in Alberta helps Calgary in having a fast-growing region in the country. Many major oil and gas companies have their offices in Calgary. The city ranks highest among other Canadian cities in small business and self-employment levels. The distribution and transportation hub is in this city and has high retail sales. After Toronto, Calgary has the highest number of head offices. Hence, there are many job opportunities.

Housing in this city is affordable as it cost around $457,000. For more details about houses, jobs, and more, click here. In the city, a one-bedroom apartment costs around C$1371, and outside the city, it costs around C$1143. The average monthly disposable salary is approximately C$3978.

Vancouver is a coastal seaport city in Canada, which is said to be the most expensive in the country. Apart from being the cleanest city globally, it is also a huge metropolitan area and has the nation’s largest industrial center. Vancouver is home to many foreigners too, making the city a diverse one, with different cultures and languages. Foreigners immigrate here for attractive job opportunities and educational purposes. To know more, click here.

The city has buses, SkyTrain, SeaBus, and West Coast Express commuter train service. There is fare concession for small children and older adults. The whole transportation system is pretty good. For more details about the timing, routes, and frequency, click here.

The Vancouver School Board enrolls a lot of students making it the second-largest school district in the province. There are five public Universities located in Greater Vancouver.

Vancouver has the headquarters of forest products and mining companies. The city has become popular for software development, biotechnology, and many more sectors. So employment opportunities are abundant. The huge amount of tourism finances and supports the economy and several jobs.

Among the three cities in the Regional Municipality of Waterloo, the city f Waterloo is the smallest of all. The city has a high living standard and is also enriched in cultural diversity. The city even has an official site that has all the necessary details.

Waterloo is strongly based on knowledge and service, and there are several insurance and high-tech sectors. The city has three very well-known think tanks too. Waterloo is a part of Canada’s Technology Triangle and focuses on all areas of economic development. The city is also home to significant breweries and distilleries. There is a significant amount of job openings available.

In the city, a one-bedroom apartment costs around $1308, and outside the city costs $1080. Waterloo is cheaper than many other cities in Canada, making it a popular choice for many new immigrants.

Which Canadian City Should You Live In?

Our list, by no means, is exhaustive. Canadian cities are diverse and flavorful. No matter where you want to live in – whether it be a big city like Vancouver or a small town like Kelowna in B.C., you are sure to love the experience. Smaller cities, in fact, tend to have more open jobs given the limited population it has. While you may get better high-paid jobs in bigger cities like Toronto, if you aren’t in the IT industry, or if your work can be done from a smaller town, there is no reason why you shouldn’t take a look at them.

Where do you want to settle in Canada? Let us know below.

Tags:canadian cities to live in