What does the Future Hold for Poker 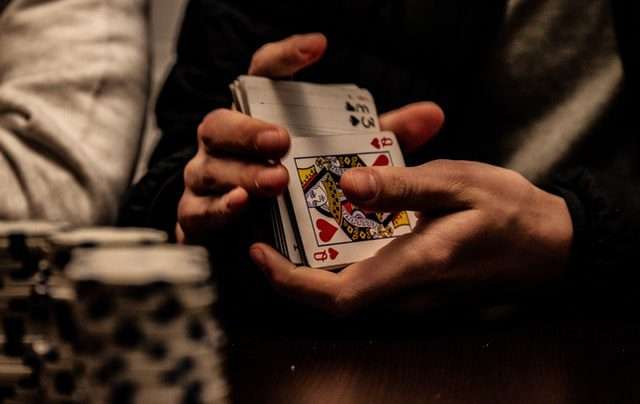 2020 was an impressive year for online poker; how does the industry capitalize on the momentum?

On a global scale, the online gambling industry was worth some $66 billion USD by the end of 2020. That’s a significant figure and one that grew by some $8 billion from the previous year. While there are strict gambling rules in Canada, the country made its own contributions to those numbers in a sector which is popular right across the nation.

Within those overall figures, online poker attracts a great deal of interest. It is estimated that some 100 million people play the game globally and this is one area that online casinos focus on as a result.

Because there is so much money pumped into online casinos, each operator must be creative to survive. Many hundreds of providers are available, even in a country such as Canada where casinos are popular but the rules surrounding online play are relatively strict.

In terms of online poker, the future is already here to an extent with new innovations driving the sector forward. However, those operators simply cannot afford to stand still when there is so much competition.

Established sites like 888 Poker have already done much to innovate and introduce new ways of playing the game. Prior to the digital age, poker already enjoyed a number of different versions including Texas Hold’em and Omaha, but those online operators have been able to produce brand new variants.

Subtle twists on classic game play are enough to bring an extra level of excitement to poker. In addition, operators have been able to introduce an element of live casino play. It’s still possible to go online and play using traditional software, but the presence of live dealers offers the closest possible experience to playing in the real world.

Another recent development has seen several online casinos begin to embrace cryptocurrency. Bitcoin leads the way in this sphere but there are additional options including Litecoin and Ethereum. Operators were originally slow to accept crypto as a form of funding but, with demand from the community increasing, they are starting to open their doors.

In fact, there is a clutch of new operators who will only accept cryptocurrency at the exclusion of conventional ‘fiat’ money. They may not gain a huge market share, but it proves the point that the industry is prepared to innovate and move with the times.

We have considered some of the recent developments within the online poker industry but what’s next? While the future is unwritten, we can identify innovations within the general technology sector and predict just how online casinos might adapt them for their own benefit.

For example, there is a big buzz right now around the subject of virtual reality. The right equipment can take the user to a battlefield, a major sports arena or any one of a virtually limitless set of scenarios.

It is easy to see just how VR can be applied to the online poker scene. With headsets at home, customers can be transported directly to the tables where they will take on opponents with the same equipment. It’s said that the current live casino software provides a close experience to that of the physical world, but virtual reality has the potential to comfortably eclipse that.

Many of the innovations that have made online poker a popular pastime can simply be continued. We have seen how one specific operator offers all of the main versions of the game while introducing new variants that have captured the public’s imagination.

One particular poker game is a fast-paced option that takes players to a new table as soon as they decide to fold. Other poker variants are run against the clock in order to maintain the need for speed.

This type of innovation isn’t exclusive to one lone provider. All online poker operators look to be creative and to increase the excitement levels for those playing at home. Having new games is shown to work and their development will surely continue.

Artificial intelligence is used in many areas of online shopping and gaming and it seems that it could now move into the casino world. Developments of AI include a machine known as Pluribus which, according to reports, can already take on and beat professional players.

It’s not a scenario that casino customers would want to see but AI could increase the amount of free poker software available. It would be fairly pointless to take on a perfect poker robot but, as long as it was preprogrammed to be capable of human error, this new development in tech might just have some useful elements.

One area where online poker could improve involves its social element. Online communities, including those provided by social media, are great ways in which to make new friends and share common interests.

The answer could lie with Twitch, a live streaming platform that has been set up primarily for the gaming community. This is a platform that could transfer easily into poker play where the stakes are real, and the action is intense.

The Future is now

Many of the innovations discussed in this article are already here while others exist in the wider world of technology. It is certain that online casinos are currently looking at the potential of virtual reality and it’s likely to only be a matter of time before this is introduced into poker.

Artificial intelligence is already here and, while a perfect automated opponent is not ideal, there can surely be uses for AI moving forward. To an extent, operators do try to promote a social element but it is clear that a system such as Twitch would take this to a new level.

In the meantime, casinos will continue to do what they can with the technology that is already in place. Staying ahead of the competition is vital in this industry and operators will have to innovate to thrive.