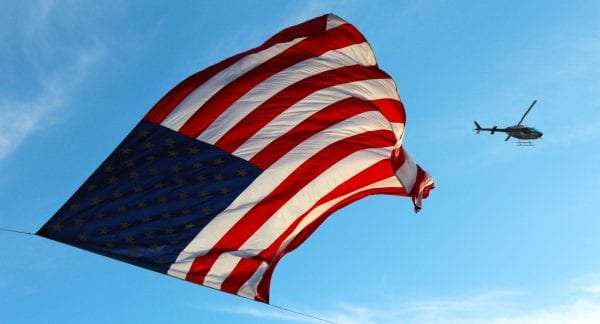 Looking to know more about teh EB-5 visa but don’t know where to start? Here is your guide to all the EB-5 news you need to read!

The USA has always welcomed immigrants, and a number of visa policies are in place to satisfy the desire of people worldwide.

The Congress created the EB-5 visa programme in 1990, and it was purported to augment the U.S. economy by leading to the creation of more jobs and increasing capital investment by foreign investors. Under a program previously implemented as a model in 1992 and regularly revised ever since investors may also be eligible for the EB-5 programme by investing through regional agencies approved by USCIS based on proposals for stimulating economic growth.

The EB-5 Visa For You

According to the USCIS regulations, it is mandatory for all EB-5 investors to invest in a new commercial enterprise which has been:

1. Purchased and the present business been reconstructed in such a way that it has resulted in a new commercial enterprise
2. Augmented through investment so as to ensure a minimum of 40-percent increase in the net worth of the company or in the number of employees.

Commercial enterprise means any profit-driven venture initiated for the uninterrupted process of lawful business that includes:

Annually, an average quota of 10,000 visas is classified under the EB-5 Visa category.

Under a model programme, a minimum of 3000 of this quota has been segregated for designated regional centres for the EB-5 Visa.

After the EB-5 application is approved, a conditional Green Card is issued to the petitioner (and spouse and dependent children), for a span of two years. After 21 months, the applicant can submit a petition so as to eliminate the condition by providing evidence that the investment resulted in the creation of at least 10 US jobs during the period for which the conditional Green Card was allotted.

Once testified, the condition is revoked and the petitioner, along with his family, will get Permanent Green Cards. They are qualified to apply for US citizenship after 5 years.

The EB-5 scheme for investors in the USA is due to end at the end of this month and is currently under discussion at Congress. There is increasing evidence that if the scheme continues, there will be a hike in the investment amount. Currently, the popular scheme allows people to get a ‘Green Card’ for investing $500,000, but this is predicted to increase to $800,000, which could deter foreign investors.

The programme was initially launched in 1990 to create jobs across different sectors in America, and it has increased in popularity since then, with wealthy investors buying ‘Green Cards’ in exchange for investment. Wealthy parents were even buying them for their children who were studying in the USA so that upon graduation, they were able to start work directly without hassle. This compares with the 8-10 years that it would normally take an H1-B visa holder to obtain a ‘Green Card’.

Two Republican senators, Patrick Leahy, and Charles E. Grassley proposed that the EB-5 scheme is evaluated and changed as there had been instances where the investments were traced to criminal and money laundering backgrounds.

The higher amount proposed could have an impact on Indian investors as currently, the return on investments is not particularly high, and currency fluctuations also play a part, with the rupee failing to recover against the American dollar.

Before 2009, foreign investors only made up a small part of the 10,000 visas that are given out every year, but since the EB-5 programme, the amount of foreign investment has increased greatly which is good for the economy of the country. Many CEO’s of large companies and legal firms are expressing support for the continuation of the EB-5 scheme, with the more extensive vetting of applicants to ensure that the investment does not come from criminal sources. It is widely recognised that foreign investment, if vetted adds greatly to the American economy and with investment comes jobs.

US Citizenship for Wealthy Expats Under Scrutiny

An American visa programme that allowed foreign investors to put money into US economic development projects in exchange for citizenship may end at the close of this month unless Congress extends the programme. The EB-5 visa enables wealthy foreign investors to get US citizenship if they invest at least $500,000 in US-based businesses that go on to employ a minimum of ten American workers in economically disadvantaged areas. Supporters in Congress say that the special programme has allowed economically deprived areas to have access to billions of dollars worth of investment that may not otherwise have reached those areas. But detractors point to issues where developments have been made in wealthy areas such as Las Vegas and Manhattan as opposed to rural locations or areas of high unemployment as well as certain cases of fraud.

Proponents of the EB-5 visa programme such as the US Conference of Mayors have praised the programme for allowing poorer and more deprived areas of the United States to benefit from economic investment leading to job creation, but have admitted that some changes do need to be made to the programme, which has been going since 1990.

Currently, there are around 10,000 of these specialized visas given out every year, and they are seen as a positive way to boost the economy of economically deprived areas in the United States. It is expected that Congress will not stop the programme but will legislate it more to avoid incidences of abuse and will add more checks to ensure that the investment does not come for illegally obtained money such as drug money.

The EB-5 visa isn’t a popular concept among Indian skilled workers. Now that US President Trump is playing his cards for H-1B visa, EB-5 is slowly gaining recognition. For those who don’t know EB-5 visa grants US citizenship within 18 months. But you have to pay a greater price. You have to invest $500,000 or Rs 3 crore in America’s target employment area or generate and maintain 10 full time permanent jobs for American workers.

Rs 3 crore sounds a lot. But if you want to continue living the American dream, it is a great alternative. To get the US green card you need to wait for seven years, but with an EB-5 visa, you become a US citizen just in 18 months. Let’s talk about Vijay Gowda. He is a 40-year old techie working in the US. Once his H-1B visa ran out, he applied for a new one, pre and post-Trump, but didn’t get a renewal.

He only had two choices – continue living the American dream or back to India. After staying in the US for so long, it was impossible for him to go back to India. So he sold land he had on the outskirts of Bengaluru and applied for the EB-5 visa. Once his visa application was accepted, he was also able to get his wife and daughter in the US.

The US government has tightened rules for techies to get the H-1B visa. Rohit Turkhud, an immigration lawyer at Fakhoury Global Immigration said that giving out EB-5 visas contributes to the developing America’s infrastructure. Every year the US gives out 10,000 EB-5 visas. Out of these, 85 percent are acquired by Chinese nationals. The EB-5 visa has a lifelong validity. Every year the US government gives 85,000 H-1B visas.

Immigration experts in the United States and seasoned Trump watchers are predicting some big changes to American visas including the EB-5 visa. At the moment Trump is only making noises about changes as he chooses his cabinet members but as he himself comes from a family of German and Scottish immigrants and has had two immigrant wives, it is hoped that he will think before acting with regard certain US visas.

The Immigrant investor Programme, otherwise known as the EB-5 visa was granted to investors from other countries who invested between $500,000 and $1,000,000 in to American projects and companies that will go on to employ at least ten American born workers. These programmes are generally set up in areas with high unemployment or in rural areas, which lack job opportunities.

It is expected that Trump when he is president will get tough on all work and immigrant visa programmes, looking at limiting numbers etc., but this investor visa brings money into the country and creates jobs which of course benefits the community and the greater economy. Congress passed a resolution, which allows the current EB-5 visa programme to continue as is until December this year. After that Congress will discuss it again to see if any changes are to be made.

The former Governor of New York, George Pataki has stated that he believes that Donald Trump is only negative about people who immigrate illegally to the United States, and that he is positive about the benefits of allowing highly skilled foreign entrepreneurs to invest in jobs and businesses in America. Trump’s son-in-law was heard saying that people on an EB-5 visa funded the Trump Bay Street project, so he was well aware of the benefits of this investor visa scheme. US visa experts are predicting that either there will be no changes to the EB-5 investor scheme or that it may be enhanced under the Republicans to attract more foreign investors keen to start businesses in the United States.

By now a lot of people are running scared due to the anti-immigration rhetoric dominating the collective conscience. The recent series of events have made it clear that immigrants seeking jobs are finding it difficult to gain entry in developed countries. However logical it may seem, debaters on either side agree that there is a certain benefit in employing highly skilled immigrants. But these agreements are lost and muffled out behind the apparent damage of the migration crisis.

It started with the Donald Trump pointing all guns to the H-1B and L-1 visas. Since the technology sector is the one that uses these visas predominantly to hire offshore workers, the future of business profitability is at risk. These employers will now have to pay equal wages to those immigrants or hire local Americans to fill out skill gaps. As a result, the number of applications for H-1B and L-1 visa are on the decline.

The EB-5 visa to the rescue 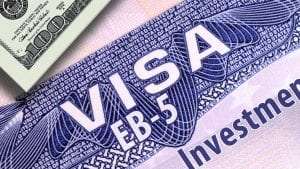 The EB-5 visa is one of the lesser known investor visas available to immigrants vying to get a green card on priority. The marketed premise is simple. If you’ve got money, you’re welcome. Capitalize $500,000 at the minimum as investment in an enterprise intended to improve conditions in an ‘economically distressed areas’, or a business that creates at least 10 local employment opportunities.

It is a new avenue to obtain legal entry in the United States. But it may suffer even more abuse than what the H-1B and L-1 visas. Why? This process involves a lot of money, which means a greater risk. And it is only worth it if your enterprise works. Furthermore, you might encounter an increase in applications since the ‘Golden Visa’ program may expire in December 2017.

Moreover, shady agents are wooing people at better prospects in return for over half a million dollars in investment. The US Government has brought down a Chinese operation which fooled customers into investing their money.

However, other avenues are opening up, and the EB-5 may see positive reforms. A startup-visa is also on the cards, which can grant a permanent residence quickly. So you have plenty of options to choose from.