What To Do In The San Juan Islands? 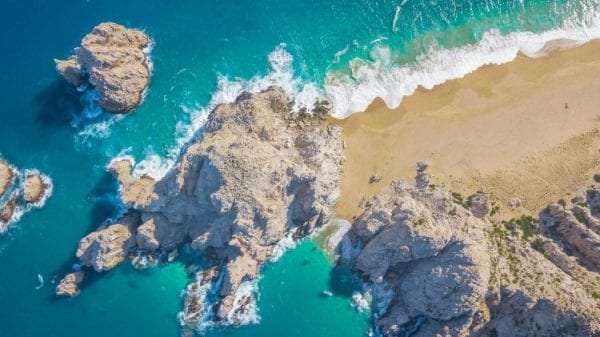 If you’re a resident of the Pacific Northwest, you’re probably head over heels with the scenic San Juan Islands. But if you’re not, it’s probably since you don’t know that they even exist—which is ok, as they’re genuinely mystical and we’d like to keep them in secret. Any Pacific Northwest summer is incomplete without a trip to these spectacular islands. Hence, you should take your time and cast an eye on this post because I do not want you to miss out on one of the real beauties of the world, right here in the States.

The area all around the island is home to local wildlife. Splendid Orcas, Humpbacks, Steller Sea Lions, and over 200 distinctive species of birds breed in this area. After retreating from downtown Seattle on the San Juan Clipper, there’s a reasonable probability you’ll catch a glimpse of some enchanting fauna all along the way to Friday Harbor. 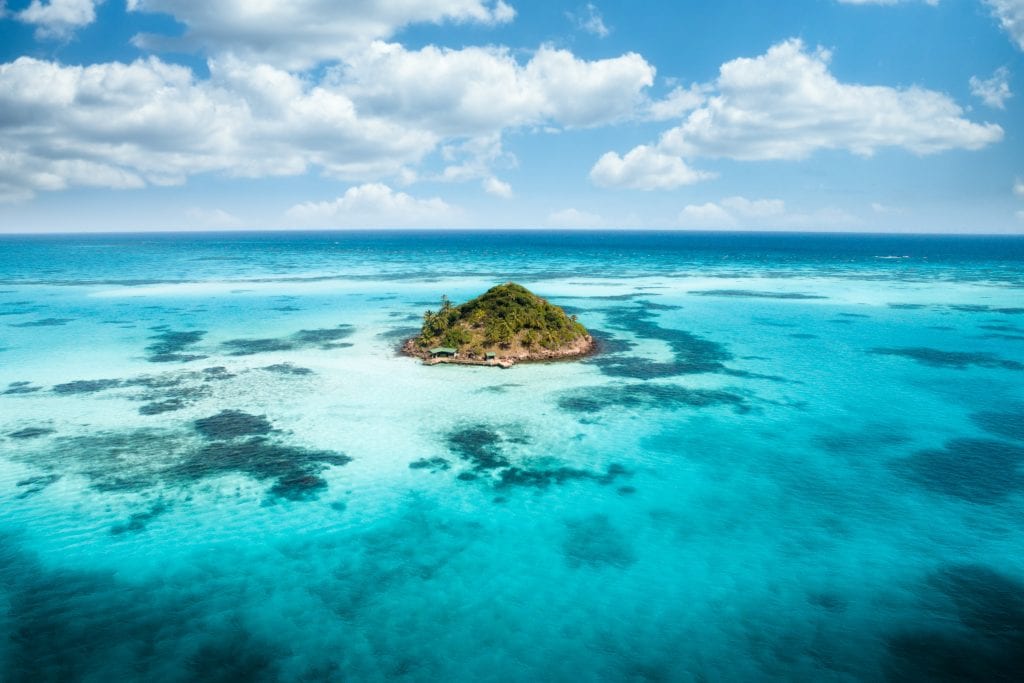 Photo by Darren Lawrence from Pexels.

They comprise nearly 172 named islands. The climate is pleasant all-year-round in the San Juan Islands. Hardly ever does it go above the 70s or below the 40s, and there is not so much rain than in Seattle due to the islands being inside the rain shadow of the Olympic Mountains. This means there’s seldomly a wrong time to travel and visit the islands, and adventure activities go on all year round. Another thing that attracts people to the islands is the resident Orca pod, known as the Southern Resident Killer Whales. There are said to be nearly 80 whales in this pod that call the San Juan Islands their home.

They are the largest and most congested. The principal town of Friday Harbor is a tiny place, just a square mile in size. Orcas Island is the hilliest and is home to the gigantic peak at Mount Constitution. Lopez Island is known as the most amiable island and is also the flattest; hence, it’s a great place to ride a bicycle. Shaw Island is the smallest of all the ferry-served islands with barely 240 year-round occupants.

If you love animals, you will get delighted in a whale of this adventure. Hop on the San Juan Islands Whale Watching Day Trip beginning from Seattle! You’ll get to learn all about the Puget Sound’s cherished whales. Don’t forget to look out for Gray, Minke, Humpback as well as the two types of Orca Whales out on the Salish Sea.

You should clamber outside for top-deck surreal views of the surrounding scenery and spot our friendly aquatic neighbors as they splash and dive in the sparkling waters. June-September is the central whale watching season.

If luck favors you, you could even spot a couple of Harbor Porpoises off the shore of Lime Kiln Point State Park! Also, if you don’t get lucky, the park is a pretty place to take in the coastal landscape and get some space. Another added benefit to a tour is that onboard naturalists provide identification, education, and stewardship suggestions for passengers. I’d suggest bringing snacks and just relaxing for a while (but of course, tidy up after yourself and don’t leave litter behind, which can jeopardize marine life).

The best way to explore San Juan’s beautiful islands is by going on a kayaking adventure around the islands on your own. You can even join a local tour group that will make sure you see lots of local sea life. Paddle your kayak or paddleboard on San Juan, Orcas, or Lopez Islands.

While Kayaking, don’t forget to adhere to the Be Whale Wise guidelines and help protect the splendid marine wildlife. The Orca whales are around between May and September. You’ll be able to see and explore the San Juan Islands from a unique perspective – your kayak! Explore the picturesque shoreline beaches and the extended San Juan Channel, set in front of a spectacular Olympic Mountain backdrop. 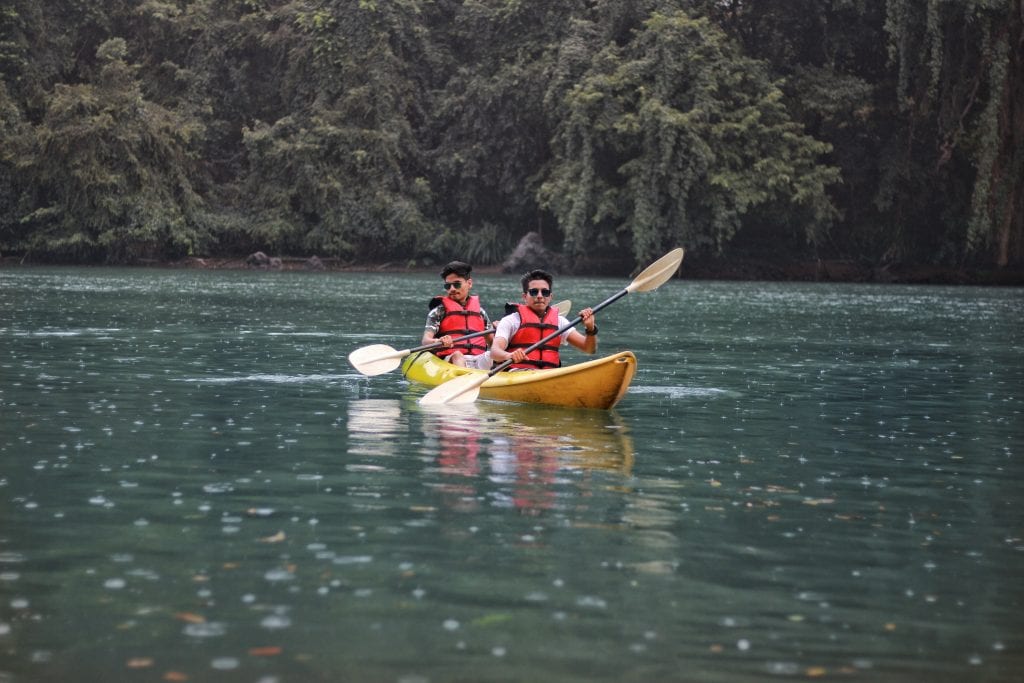 Photo by Shivkumar Sd from Pexels.

Cycling enthusiasts of all levels are accepted on these pristine island roads. Power your adventure and take in the scenery on two wheels by heading to Island Bicycles to pick up a rental.

A biker’s paradise, the island features various inviting roads and a lot of curbside vistas. Each island has its terrain and landscape, so it helps to travel over the top biking maps and biking itineraries for all three islands before you go.

Lopez Island is the cyclist’s paradise. The least hilly terrain of the San Juans, but not means flat, it allows for a restful and relaxed day in the saddle. Bring your bicycle or rent every type of bike available—from the road to mountain to cruisers, as well as kids’ bikes, tandem bikes, and recumbents. 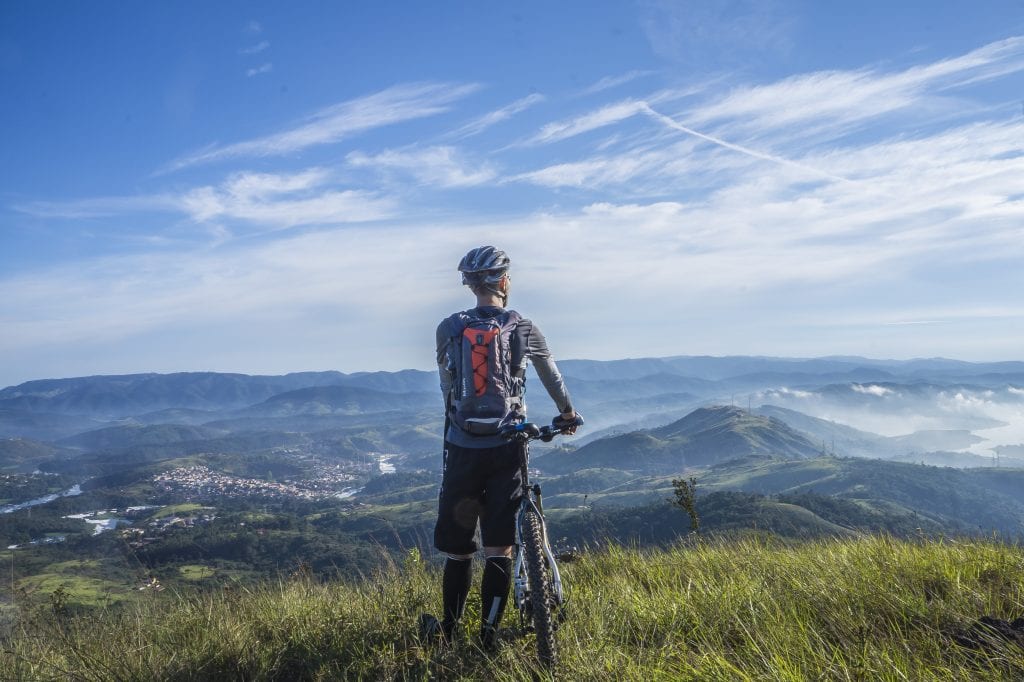 Photo by Pixabay from Pexels.

Orcas Island is perfect for professional cyclists, as the roads are insufficient and winding, with recurring steep grades and few shoulders. If you want to push yourself, make way for the top of Mt. Constitution (2,409 feet). It will be a tiring trip, but views from the top of the surrounding area will leave you open-mouthed.

Head to the San Juan Islands for some satisfactory intermediate cycling. But, be careful and ride in a single file since you’ll be sharing the road with motorized vehicles, mopeds, and scoot coupes. You may bring in your bike or rent one in Friday Harbor, a short walk from the ferry. I’d advise reserving a bike in advance during the summertime.

4.Hiking in the San Juan Islands

Yearning for adventure? Head to English Camp to experience the 650-foot summit of Mount Young. While only one mile long, the abrupt trail can be tough but offers a breath-taking reward. 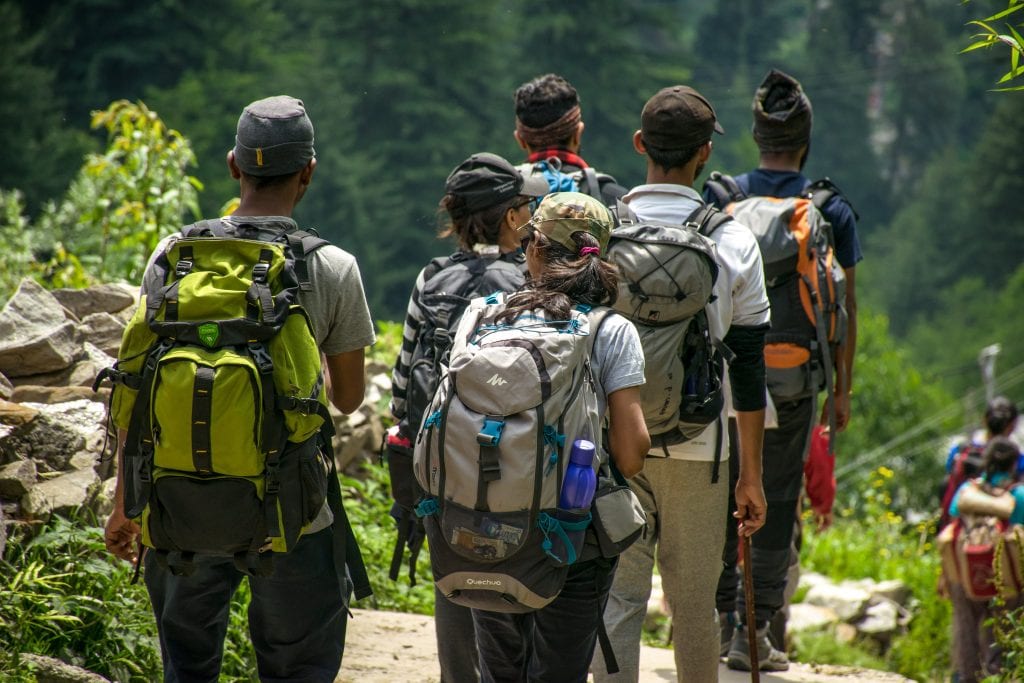 Photo by Guduru Ajay from Pexels.

After watching the cherished whales in their natural environment, you can dive deeper into the natural history of aquatic mammals at the Whale Museum. The Museum places a particular emphasis on enlightening about the region’s salmon-eating orca whales (Southern Resident orcas). You’ll get to learn about their behavioral patterns, contemplate skeletons up close, and stumble upon their dominant role in the Salish Sea ecosystem.

Keen to learn more? Visit The Center for Whale Research’s spanking-new Orca Survey Outreach and Education Center, just a block off Main Street. You can a closer look at the history and state of Southern Resident orcas from internal on the front lines of research. You can also go and catch a glimpse of a conjoined harbor seal pup skeleton (as bizarre as it sounds), master the unusual names of all the resident orcas (one of them is just named “Surprise!” …like, why), and relax under an Orca skeleton. 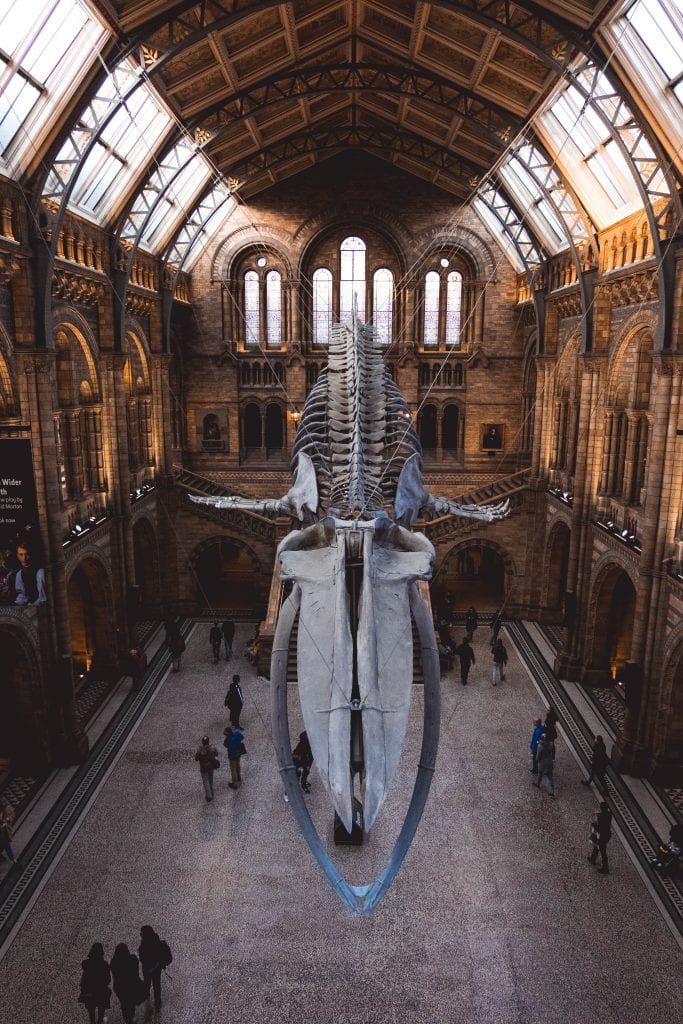 Sip on an enlivening lineup of German-style lagers and English ales at the open and homely San Juan Island Brewing Co. in Friday Harbor. Created as a community gathering space, there isn’t a better venue to spend a Friday sundown in the summer.

But in the past few years, a new winery, brewery, and distillery have opened to join the small but committed cadre of delicious options. Kick back and relax with the Afterglow Golden Ale while contemplating live band performances on the lawn.

From their award-winning cab sauv to the luscious Siegerrebe, a visit to this estate is as unforgettable for its delicious wines as its scenic setting. Kick back on the patio or wander through the 6.7 acres of Siegerrebe and Madeleine Angevine vines and drink in the ambiance.

An appealing three-mile ride from the Earthbox Inn & Spa, you’ll find the journey’s end winery and notable tasting room of the San Juan Vineyards. Don’t miss out on the Barrel Tasting in June and the Harvest Festival in September. 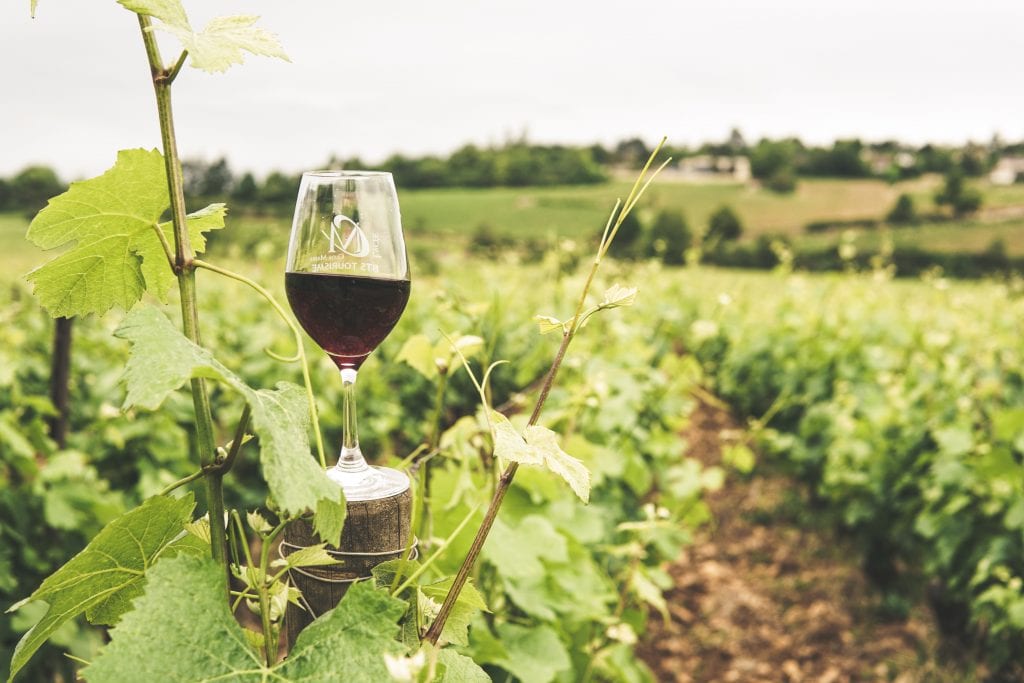 Photo by Elle Hughes from Pexels.

The seashore town of Roche Harbor is a heavenly setting to pull over for a peaceful and relaxing harborside lunch. Make sure you save time to buy gifts and observe the boats glide by in the marina.

Back then, this town was a lime excavation area and initially housed workers and their families. It is positioned on the northwest side of the island and faces Haro Strait as well as the U.S-Canadian Border. It is also surrounded by both Pearl and Henry Islands.

You can go for a walk along with the resort succeeding in the old kiln fire bricks and heaps of flowers! Before you leave, don’t forget to indulge in an energizing scoop, or two, of locally-crafted ice cream at Beechtree restaurant. Make sure you visit John Wayne’s custom-made bathtub in the outstanding Hotel De Haro and sip the sunset drink on the deck of the Madrona Grill.

There is a sculpture park situated in Roche Harbor, but more thrilling are the sculptures you’ll pass driving on the way to Roche Harbor from the West side of the island, fundamentally as they were so unhoped for! 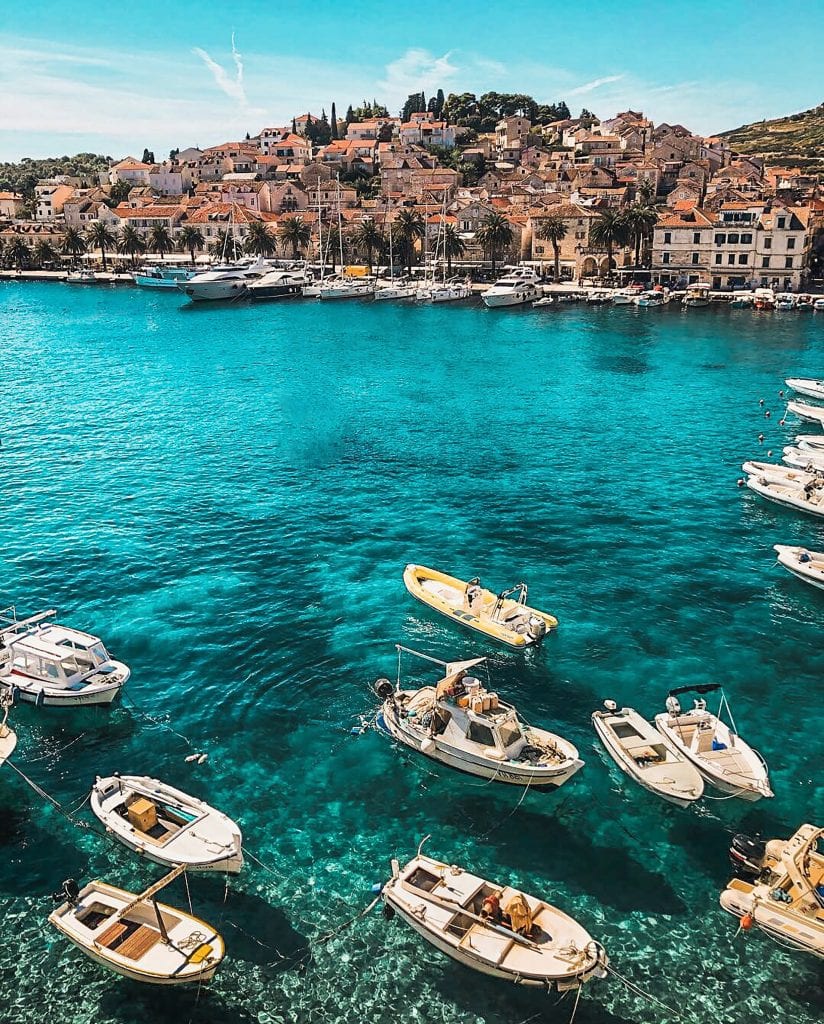 Photo by Vincent Rivaud from Pexels/

Marvelous American Camp, the site of the American troops after the Pig War, consists of 100 acres of Prairie grass, cliffs, Mt. Finlayson and its roads, numerous beaches, and coves. You’ll even get to see an ancient lighthouse with a nearly 360-degree view and the remains of the encampment’s buildings and sites.

You can spend your time hiking, acquiring knowledge about San Juan’s history, playing or relaxing on the beach, enjoying the bonfire, and looking over wildlife. You’ll get to see foxes and bunnies and deer, Bald Eagles, literally every seabird you know, otters, and seals. More barrack buildings are preserved here, as in a pretty English garden.

English Camp is hilly and wooded. Explore the barracks under old fruit trees is a must before heading to hike Mt. Young, a steep 3-mile hike with enchanting views of all of the other islands.

The San Juan Islands have lots to offer. Travel to the heart of the island to check out the stunning Pelindaba Lavender Farm. Stroll through the fields of intricate purple flowers on the 25-acre farm to stumble on an enormous 50 varieties of the aromatic plant. Go to experience the flowers at their peak in mid-July and attend the farm’s annual Lavender Festival! You can cut your stalks to take home and pamper your taste buds with freshly made lavender lemonade, iced tea, ice cream, and cookies! Participate in one of the pleasant family workshops, have a lavender lemonade, and immerse in the beauty. 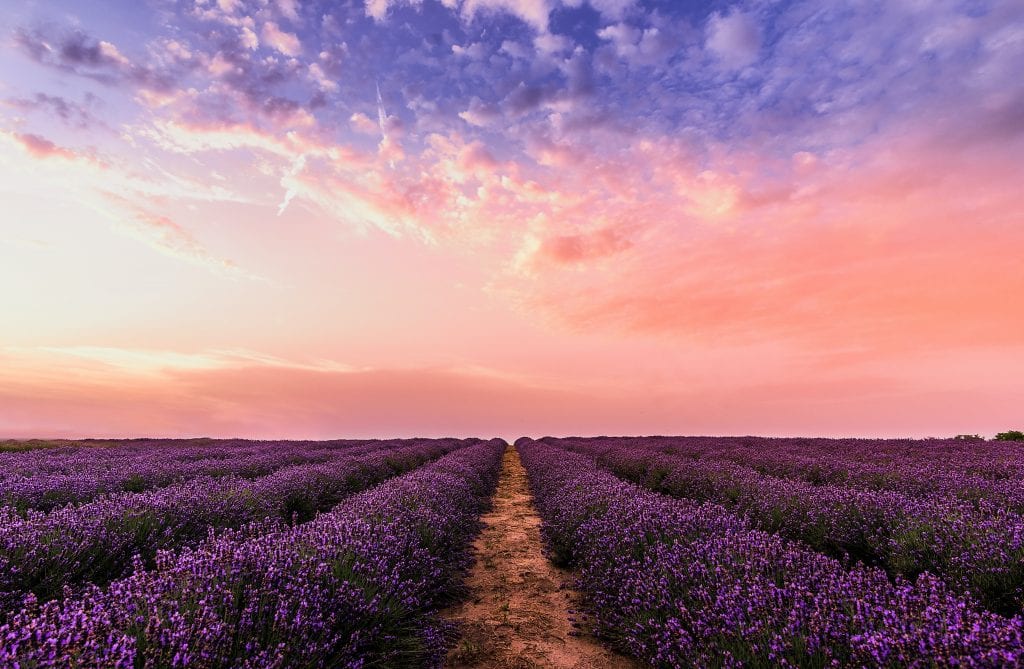 Photo by David Bartus from Pexels.

On Saturdays April through Fall, you must stop off by the San Juan Island Farmers Market on Nichols Street for baked goods, local produce, and enthralling music. Farmers’ markets are always vibrant and lively, and this one especially was incredibly dynamic and colorful, despite its tiny size. You’ll find delicious pastries and other foods, local artists exhibiting their work, and stunning wildflower bouquets. If you are visiting the San Juan Islands, going here is a must. 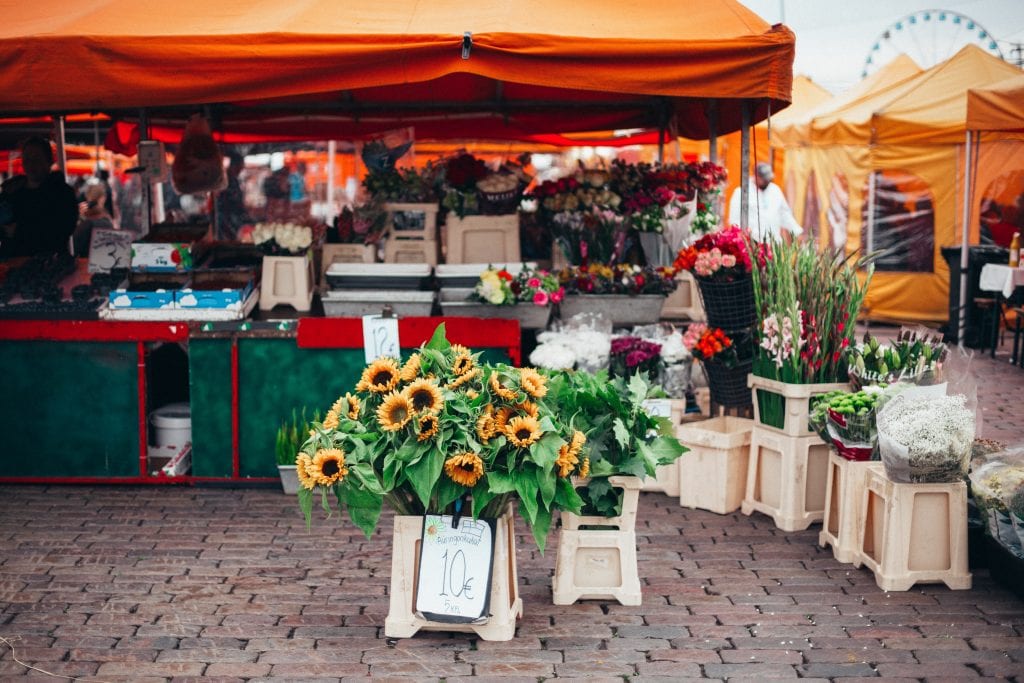 Photo by Daria Shevtsova from Pexels.

The San Juan Islands’ archipelago is an incredible place for all the adventure lovers. Few of the activities include Kayaking, bird and wildlife viewing, camping, sailing, hiking, and fishing. Except for these, the islands have a lot to offer in terms of tranquility, unwinding, and natural beauty. Besides, despite the closeness to a metropolis, the islands have not been capitalized or overrun by the visitors. The islands still release an untapped attractiveness and local feel that is hard to find nowadays. So, make it your next go-to stop.