What You Should Know About Moving To Canada?

What All You Should Know About Moving To Canada?

Are you planning to move to Canada? The people here are warm, and the place is picturesque. So it is undeniable when one gets excited about moving to Canada. We want to guide you with all the essential things about life in the Great White North’s culture. Read on!

Canada is a beautiful country, and people love staying here because of its abundance of space. It is almost ten million square kilometers large, making it the second-largest country in the world. Canada is divided into 13 pats -10 provinces and 3 territories for better administration.

Urban life in Canada is excellent. Another interesting fact to note is that the capital of Canada is Ottawa, not Toronto, contrary to what most people think. However, both are great cities to live in. 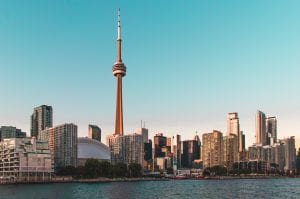 Photo by Sahil from Pixel.

People adore Canada, and Canada is one of the most welcoming countries. They have a crazy immigration rate. The best part about Canada that there’s a lot of space to go around. There are close to 200 nationalities all across the country and it can be called a mini-world of its own.

Since English and French are both very integral to the country, the government has given them equal status. The French influence only shows up in the eastern province of Quebec. The language police enforce laws to ensure French is spoken enough by the people.

Americans are envious of their northern neighbors, Canada’s healthcare. All of the people’s basic health insurance comes under a tax-funded Medicare system, delivered by the private sector. Any essential medical services are free of cost and just involves a bit of waiting.

Most Canadians live within a few hundred miles of the American border, which means you can explore the mostly isolated north. Canada has plenty of landscapes to see, such as meadows, deserts, coastline and of course, mountains. These were a few of the most famous places there. After visiting these heavenly places, you’ll thank yourself for moving to Canada.

With the longest coastline in the world and 20% of the Earth’s lakes, Canada has an abundance of both freshwater and saltwater bodies. There are nearly two million lakes in Canada, including the tremendous Lake Louise. 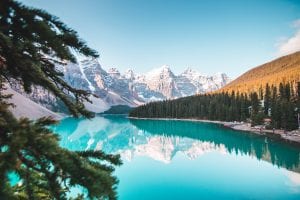 Photo by Jaime Reimer from Pexels

Before moving to Canada, you should know that words like ‘chilly’ and ‘nippy’ don’t give justice to the icy-cold weather there. When we say it gets very cold, we mean frosty cold weather. Apart from British Columbia’s west coast, no place in Canada has an average temperature above zero in wintertime. The minimum temperature can go as low as -30°C or -40°C, which makes going outside reasonably unexciting. Going for a walk outdoors is a big no-no.

Although it is known only as “hockey” over there ( other hockey types don’t even matter), ice hockey is like a religion. The Canadian $5 bill stands testimony, as it has a sketch of children playing hockey on a frozen pond.

Photo from Pixabay from Pexel.

Poutine is Canada’s national cuisine. The word “poutine” is slang for “mess,” which is pretty much the dish you should expect. It comprises of chips covered in gravy and half-melted cheese curds; all the cheese lovers pay attention. I know it doesn’t sound like a delicacy meal, but the Canadians love every bit of it. Although chefs in the best restaurants all over the country have attempted to improvise, the original still stands strong.

Canadians are crazy for maple syrup. It can be found on almost every Canadian kitchen shelf.  Maple trees are omnipresent in Canada, and they’re alluring, turning a vivid red color during the fall.  Today, Canada is a world producer of almost 71% of the world’s maple syrup, and the USA is their biggest buyer.

Photo by Pixabay from Pexel.

Around the 1960s, Canadians didn’t have an official flag, so they thought of getting creative. Over 3000 flag designs were submitted by citizens all across the country. Colonel George F. G. Stanley won the competition, and his design still flies high today.

The Canadian education system is pretty balanced. When it comes to teaching the kids, the Canadians put it as their priority. Canada came first in the OECD 2017 rankings of Adult education. Maple Syrup might be bad for your teeth, but it works positively for the brain.

Tipping in Canadian restaurants, salons, and taxis is not just cherished; Canadians look forward to tipping (along with a “Thank you,” of course). This may be a shocker to some— which means an additional 15 to 30% on top of your bill—, but if you’re coming from a culture in which tipping isn’t standard practice, you’ll have to loosen your purse strings a bit after you move to Canada.

Moving to Canada is high-priced. Vancouver is one of the costly places to stay in Canada. The value stated on the price tags is just the starting point. Native-born Canadians are quite skillful in doing the mental calculations for converting the working sales tax into the reported costs of everything they buy; however, for newbies, the additional charges can come as a shock to the system (and a strain on the purse strings).

Resuming your professional career in this new country is likely an enormous challenge you’ll face after moving to Canada. No matter how excellent your qualifications and professional experiences are, having your credentials acknowledged in the Canadian marketplace is going to be challenging. A tip for all the professionals, bring as much documentation (transcripts, certificates, etc.) as possible, and make as many contacts in your professional network. If you work in a specialized field, it could take years to resume fully accredited practice in Canada. Wondering how much money do you need to live? Just make sure you bring more cash savings than Canada’s immigration authorities recommend—you’ll thank me later for this advice.

Canada shows the extremes of a class-based society. It doesn’t matter if you work as a street meat vendor or a teacher or are the CEO of a company; you are entitled to the same rights and freedoms. It is part of a more substantial, blanket expectation of mutual respect, irrespective of race, sexual orientation, or faith that Canadians enjoy, and one that is a source of relief for those seeking aslyum.

These were a few of the essential things you should know before moving to Canada. These were some of the things that make Canada great. It’s a vast, beautiful and multicultural country with more than enough fun to go around. And it would help if you didn’t let those bears put you off – they make going outside a bit more adventurous.

4 thoughts on “What You Should Know About Moving To Canada?”