What is Vancouver famous for? Why is it called the ‘green city’ of Canada?

A significant city of Western Canada,  Vancouver, is popularly known as the green city. It is the most populous city in the province and the fifth most densely populated in North America. It is one of the most diverse cities of the province, both linguistically and ethnically. Vancouver is also famous for its local seafood, out of which people prefer salmon the most.

Vancouver was earlier known as Gastown and grew around a  settlement on the edges of Hastings Mill. It is now home to several interesting and vibrant areas like China Town, Coal Harbour, Robson Street, Commercial Drive, and Lower Lonsdale. Apart from that, Vancouver offers several facilities to its tourists. From indoor fitness centers to outdoor skate parks, from pools to golf courses, there is something in store for everyone.

What makes Vancouver even more special is its greenery. From small green spaces to destination parks and feature gardens, Vancouver comprises of about 230 parks that constitute 11 percent of the total landmass of the city.

Vancouver is not the green city just because it is situated between oceans and mountains or to maintain the title of ‘green city,’ but it has made all efforts. It is continuing to do so to become even greener in the coming few years. Vancouver has not only invested a lot of money but also a lot more time to expand the mass transportation network.

In the year 2007, the annual emission of carbon dioxide recorded in Vancouver was 4.9 tons per capita, whereas, by 2012, the emission of CO2 reduced to 4.4 tons per person. Vancouver has undoubtedly set an example for other cities worldwide.

Factors That Make a City Green 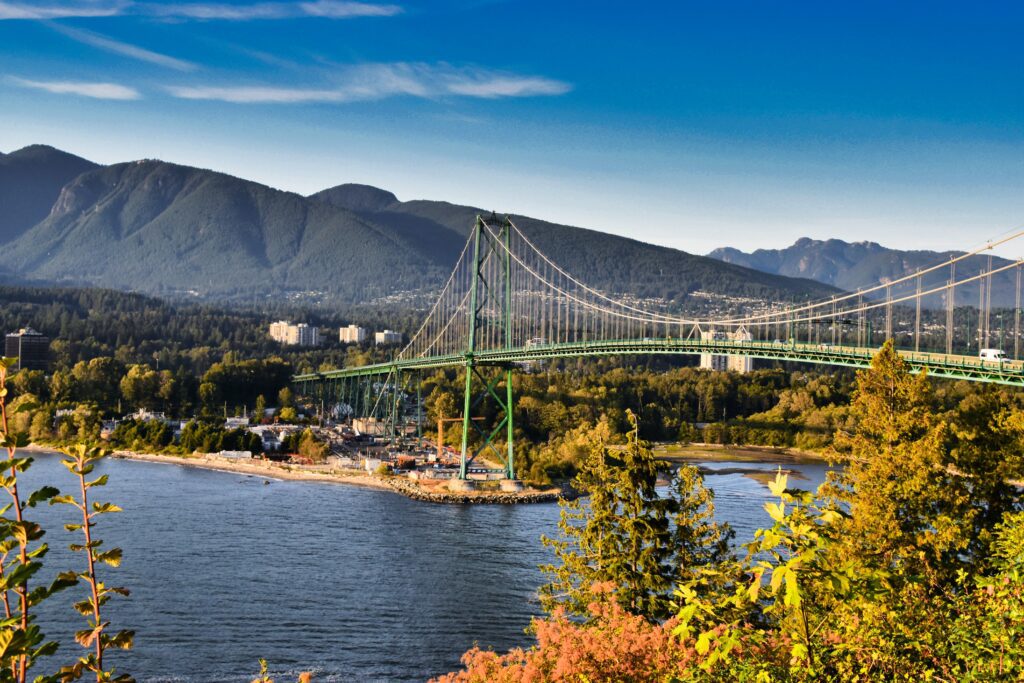 Photo by Jeffrey Eisen on Unsplash

There are green cities all over the world, more or less like Vancouver. There is no definition of a green city that is universally accepted, but there are certainly some primary factors that help to make a city greener. Some of them include :

However, the fact that none of these factors include people – who are the most crucial element is a major concern. Practices that ensure people are happy and are benefitted should be focused upon more than anything else.

Some practices which ensure people’s well-being as well as a greener and sustainable city which are already being practiced around the globe are :

These were some of the best practices that act as a catalyst to make a city green.

Wondering how Vancouver has achieved all of it and continue to do so? Let us see the policies and the methods introduced by Vancouver to develop into a green city.

9 Amazing Policies that Make Vancouver the Green City of Canada

Compared to any major city in North America, the per capita greenhouse gas emissions of Vancouver are the lowest. The title of ‘green city’ given to it rightly justifies it.

The abundant supply of hydroelectricity in the city has proven to be very useful. With the help of this supply, Vancouver can run on 90 % renewable energy.

It was tough to commit to 100 percent of renewable energy of its consumption needs and production of power, but that did not stop the green city from being the first city to do so.

The Greenest City Action Plan (GCAP) was created by the Vancouver Climate Action Team, which was then adopted by the city council. Greenest City Action Plan includes carbon pricing recommendations and also consists of mandates for sustainable mass transit, green building, and renewable energy. These targets will help Vancouver to have a complete transition to a green economy.

The Vancouver city relies on urban planning a lot to maintain the city’s design and keep it as efficient and clean as possible. This is achieved with the help of a concept known as eco-density.

Eco-density opposes urban sprawl and refers to building vertically, like skyscrapers. This fulfills the goal of building only energy-efficient buildings for the city so that the target of achieving all buildings in the city to be carbon neutral is completed by 2030.

Apart from the carbon-neutral buildings, roadways, parks, sewers, energy supply, and water utilities are constantly being worked and improved upon to make Vancouver the greenest city on earth.

5. Encouraging to Walk and Cycle

The city-wide programs encourage the use of walking and cycling to maintain the green spaces along sidewalks and the natural beauty of Vancouver. Pedestrians and cyclists are the priority in the city for the same reason.

Wide sidewalks and large, expensive, and safe bike lanes have been and are continuing to be created as a major change towards becoming a greener city. There are over 279 miles of bike trails alone.

The use of alternative modes of transportation is highly encouraged and appreciated in the city. SkyTrain, which is an autonomous public transit in Vancouver, is expanding rapidly at such a rate that it is the most extensive public transit system in the world at present.

It has expanded way beyond its 300 fully automated SkyTrain train cars.

Another step taken towards modernization of the transport system in the city is the increased numbers of electric vehicle charging stations. The city is focusing on this technology to achieve its goal of zero-emission vehicles.

Other public transit options consist of buses, West Coast express, trolley-buses, and SeaBus, all of which use clean energy technologies.

The SeaBus fleet includes three double-decker ferries, each of which can hold 400 passengers. One ferry makes around 2-4 trips in an hour and runs for 100 hours each week. A trip runs for 15 minutes and connects various landmarks that are SkyTrain terminals and downtown Vancouver with markets of North Vancouver and Transit Exchange.

7. Waste Management Towards a Cleaner City 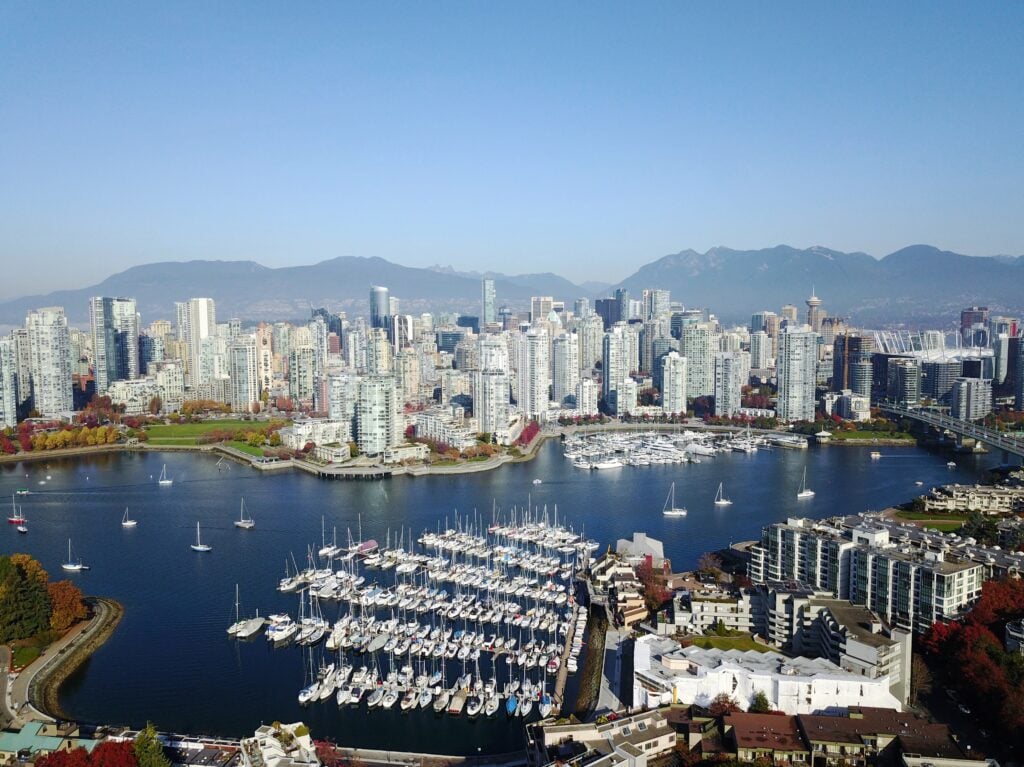 Photo by Lee Robinson on Unsplash

Carrying garbage to landfills through trucks consumes a lot of energy. As an alternative, garbage is even burnt, which is even worse than the former. Vancouver, from the past many years, intended to divert waste away from incinerators and landfills.

An excellent method of compost pickup was introduced for single-family homes 6-7 years ago, which was later extended for multi-unit buildings. Apart from that, the city has another excellent strategy to segregate organics from the stream of waste. A large composting facility receives the yard waste and food waste products. The compost material obtained by the city’s waste is then sold to farmers.

Vancouver does not leave any stone unturned. It even makes the proper use of leaky gas. Methane is captured in Vancouver at landfills, which are later used to heat greenhouses. The warmth which is accumulated naturally in the sewers is also used to heat homes.

Earlier, one big problem with Vancouver was that its fantastic quality of life attracted many people.  In the past decade, Vancouver was known as the most expensive city in North America. The environmental initiatives mentioned above, which were taken up to make Vancouver a green town, made it less expensive.

Like any other coastal city, Vancouver had been experiencing adverse effects of climate change and from carbon dioxide emissions and was bound to face worse problems at that time if the problem of pollution went unchecked.

The harbor of the city has become acidic due to increased CO2 pollution. It was also a major reason why shellfish were dying in droves. The city then adopted the Climate Change Action Plan, which comprises policies such as the development of plans to deal with extreme heat and execution of flood-proof buildings.

Vancouver is all set to achieve its next target by 2040. The goal is to ensure that 66 percent of all trips in the city are covered by walking, public transport or cycling.

To achieve this goal, the green city is continuing to make investments in the improvement of crosswalks, better street lighting, and large bike lanes. Not only the green city of Vancouver has started implementing these goals. Still, it is also spreading awareness and educating its people on why these modes of transportation should be used, how they will benefit the environment, and also how one can use these modes of transport efficiently yet safely.

The list of ideas seemed endless when it all started, what more important was that once these ideas were implemented, l, how the residents would react to these ideas and come to terms with them. The real task was convincing the residents and, at the same time, keeping the city’s economy stable.

Some of the people had an immediate liking for these ideas, more towards food scraps composting and community gardens. Others detested the ideas. The color lime green that signaled another bike lane on the way infuriated drivers. Above all, allowing wheat fields on front lawns and chicken coops in backyards became sources of ridicule in the green city.

Five years later, the way the views of the citizens had reshaped about the environment was in itself an evidence of the city’s hardwork.

Why are Other Cities Lacking Behind?

A large number of major cities do not have the appropriate infrastructure for walking or cycling down safely. They may also lack a reliable mass transit system. Such problems are a hindrance due to which people do not give up their cars for better and more sustainable options.

Places that wish to be environmentally friendly and become greener need to have a good infrastructure and also should invest in it. Vancouver has a lot in store to teach other cities and guide them through to become alternative transit cities.

Has Vancouver Achieved a Majority of Its Targets? 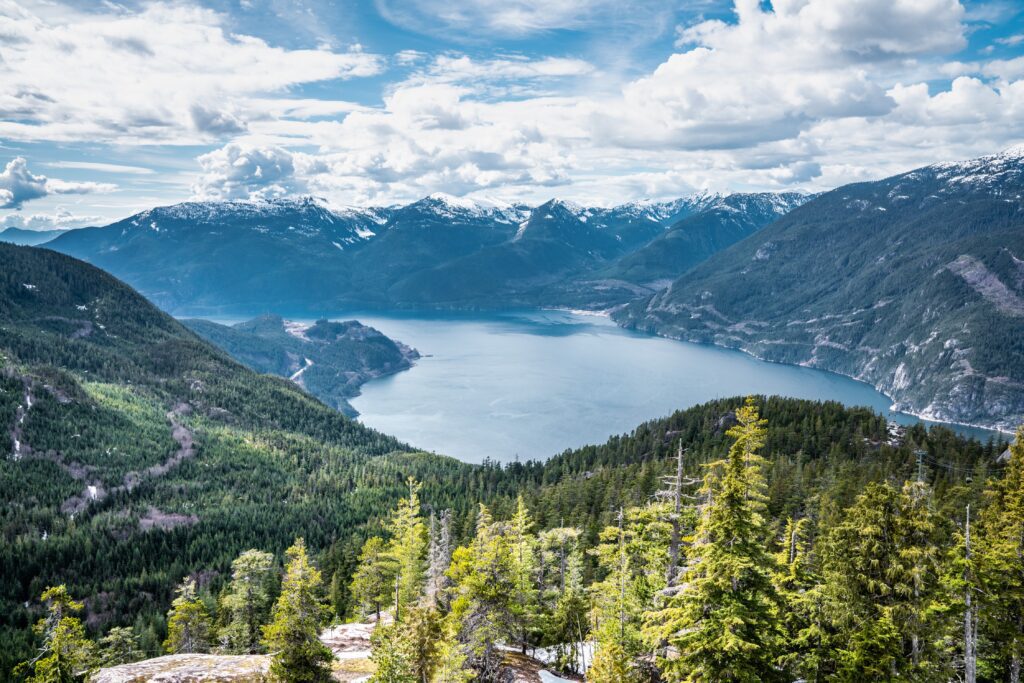 Photo by Stephen H on Unsplash

Although Vancouver has been doing extremely high as compared to other cities and is now famously known as the green city, it still needs to do way more than it has ever done to reach its target of reduction of greenhouse emissions by 80 percent in 2040.

Even the environmentalists who have been totally and only praising the existing policies of Vancouver wish to see the city go farther and achieve higher goals.

By 2014, Vancouver was already noticed a lot and was appreciated a lot by people for its efforts. However, in reality, it had not met even half of its targets. They had only made a 10 percent reduction in emissions when their target was to reduce emissions by 33 percent from 2007 to 2020, out of which half the period had already passed by.

The green city had followed its plans and continues to pursue its roadmap even now to make its buildings carbon neutral in a span of a few years. However, it has not been on the pace to get there.

It can be concluded that the status of Vancouver as a global warming alleviation leader is encouraging but has its disadvantages, too, depending on the outlook of a person when considers it. It depicts the capacity of a bold leader and how much work can such leadership can get done. On the other hand, even the most open-minded people cannot and do not want to stop using electricity or stop heating their homes. So, that energy has to be obtained from some source or the other.

Vancouver has undoubtedly achieved many goals that are feasible from the political aspect, but not what is necessary from the ecological point of view.

Which one out of all the plans and initiatives that were taken to make Vancouver a green city did you like the most? What else should be done to make a city greener? Tell us in the comments section!