Why You Should Visit Cape Breton Island For Your Vacation 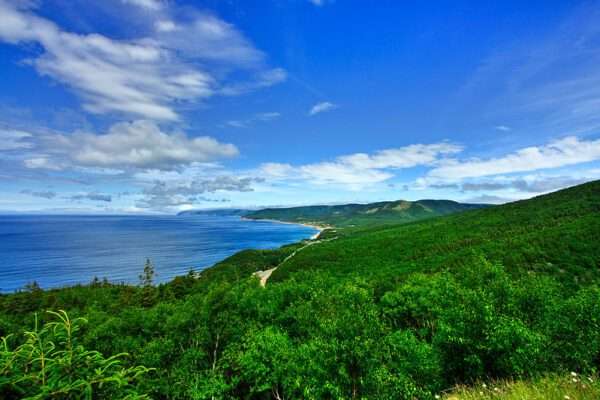 Cape Breton, the lively and heavenly island of the Canadian province of Nova Scotia, has created a gobsmacking and enchanting impression all over the world. It won’t surprise me if you are planning to visit Cape Breton for your next vacation. But if you are not, you are missing an amazing adventure through the beautiful island of Canada. 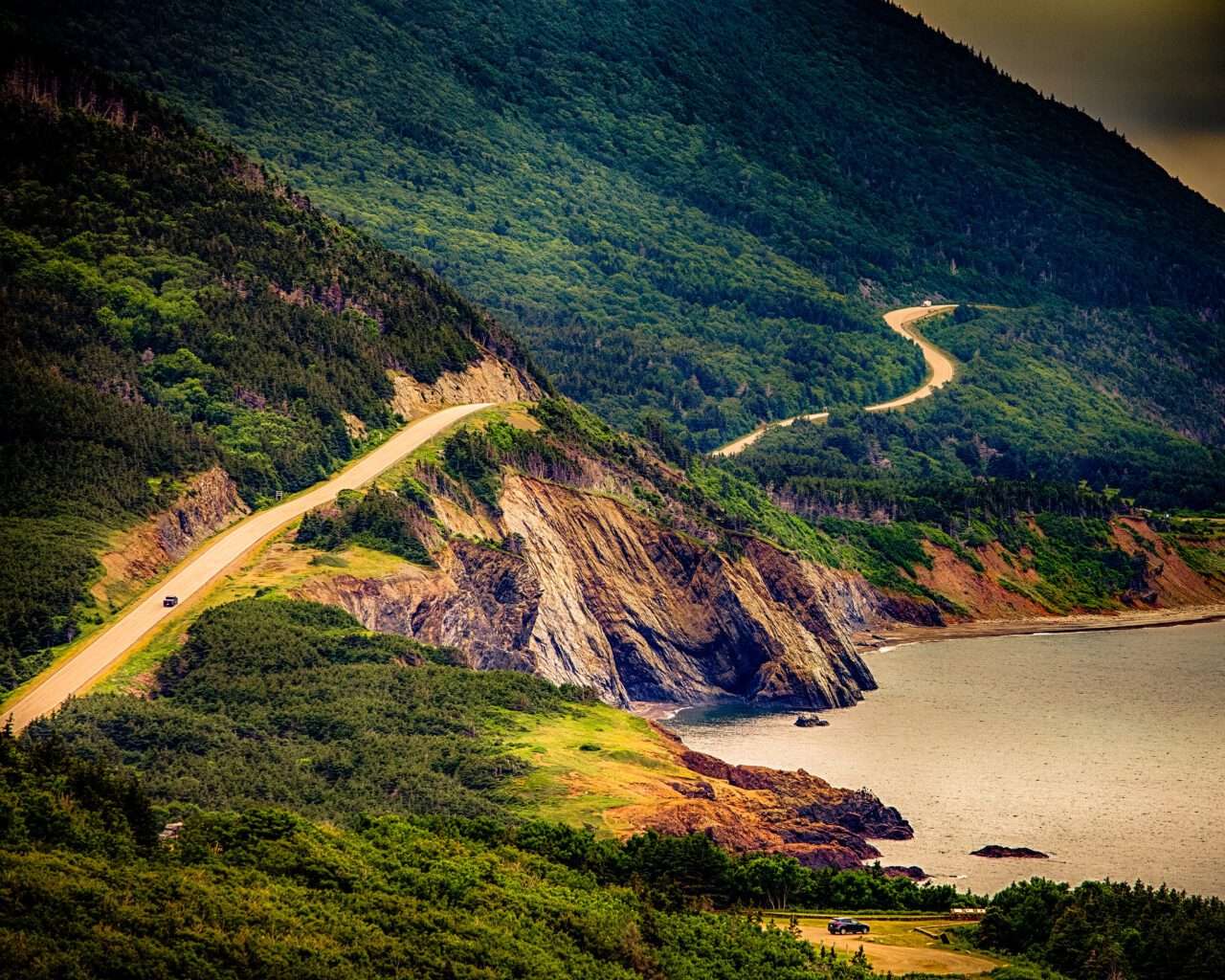 This article will make you fall in love with the stunning and irresistible site of Cape Breton Island, the invigorating hike through Cabot trail, the ever-lasting elegance of its museums, its enchanting fiddle music, and the amazing outdoor adventure through the national park.

Cape Breton is an island on the northern Atlantic Ocean coast of North America and falls under the Nova Scotia province of Canada. This island has a total area of 10,311 square kilometers ( 3,981 square miles). With over 132,010 population, the island lands are an essential part of Nova Scotia. Although the entire island is separated from the Nova Scotia Peninsula, it is connected to the mainland through the long Canso Causeway. Cape Breton island’s north and west coast look over the Gulf of St Lawrence, and the west coast also forms the east of Northumberland Strait. 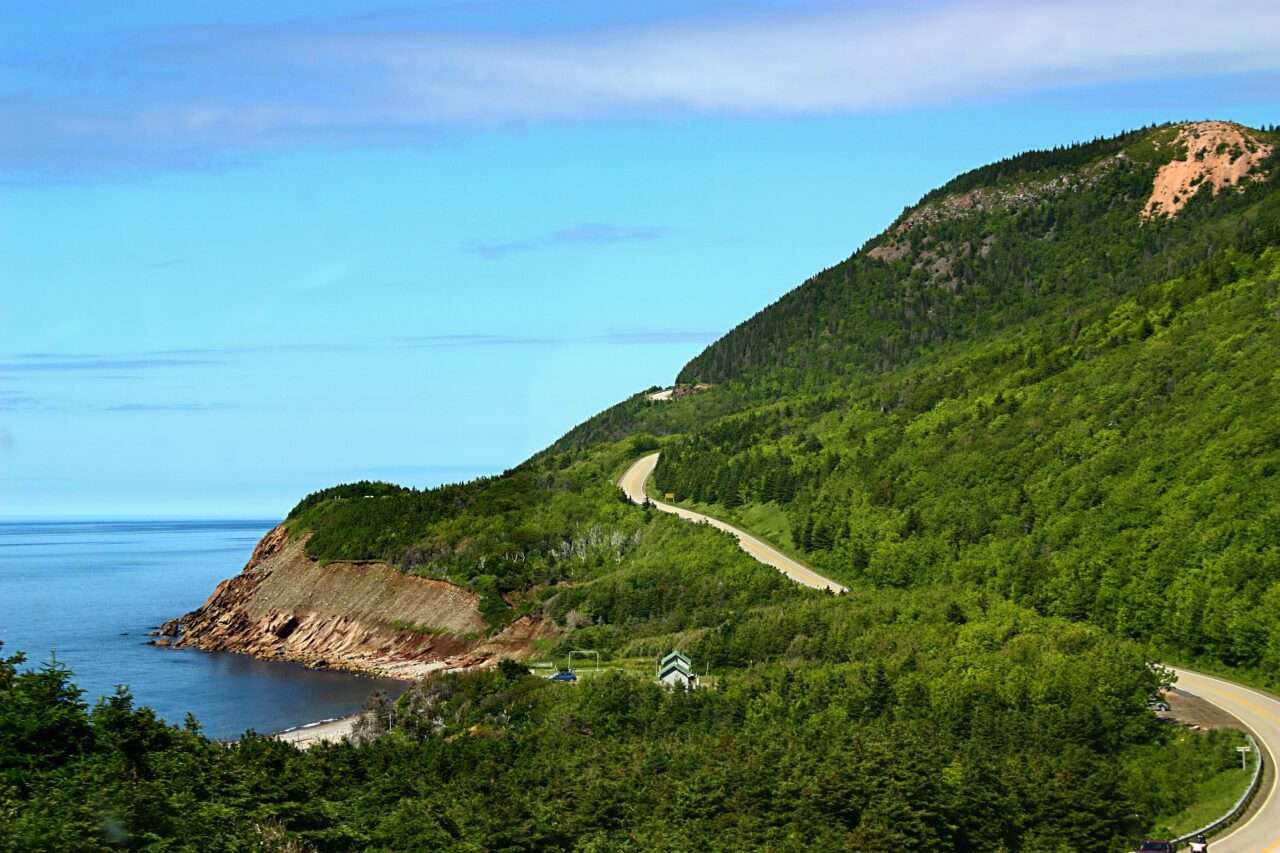 Image by TLMDesign from Pixabay

The mild and moderate climate of Cape Breton Island is because of the proximity to the Atlantic Ocean and Gulf Stream. The warm summers and cold winter of the island from the perfect climate for travelers and hikers. But why is there such a craze among these travelers about Cape Breton?

Why Cape Breton Is The Best Place To Visit?

You came to know all the basic details about Cape Breton Island, but you might think, what is the buzz all about? Well, some pretty compelling reasons can prove why Cape Breton is the best place to spend your next vacation.

The Lingering Ethos Of Its Culture & Tradition

The Gaelic culture and tradition still prevail within the residential areas. The native community of the island has made many efforts to stop the gradual diminishing of the Gaelic language. Their traditional fiddle music has been popular in the music industry for ages. The rich culture of the island can convey the stories of their momentous history.

It is said that in Cape Breton, Nova Scotia, seafood is the king. The delicious and soul-soothing bites of the seafood served at the restaurants will leave you with awe. Touristworldwideld, especially Canadian tourists, can corroborate that the lobsters served are astonishingly epicurean. So, the sea-foodies got a reason to visit Cape Breton Island.

Hiking Through The Trails

Cape Breton island’s trails throughout the area give an artsy and creative vibe to travelers and hikers. They come to explore the scenic views throughout the courses. The most famous among them is the ‘Cabot Trail.’ The trail running through the island falls under Canada’s most attractive places.

The Amazing Beaches And Sites

Cape Breton Island is full of beautiful sites and beaches. If you are a nature-lover, a beach-goer, or a vigorous explorer, then the beaches and the scenic beauty of the island will touch you to the soul. Many gorgeous sceneries can awaken your sense of adventure.

Cape Breton seems to offer a lot to travelers and tourists. But what is the best time to visit such a beautiful island to enjoy the most of it?

When To Visit Cape Breton Island? 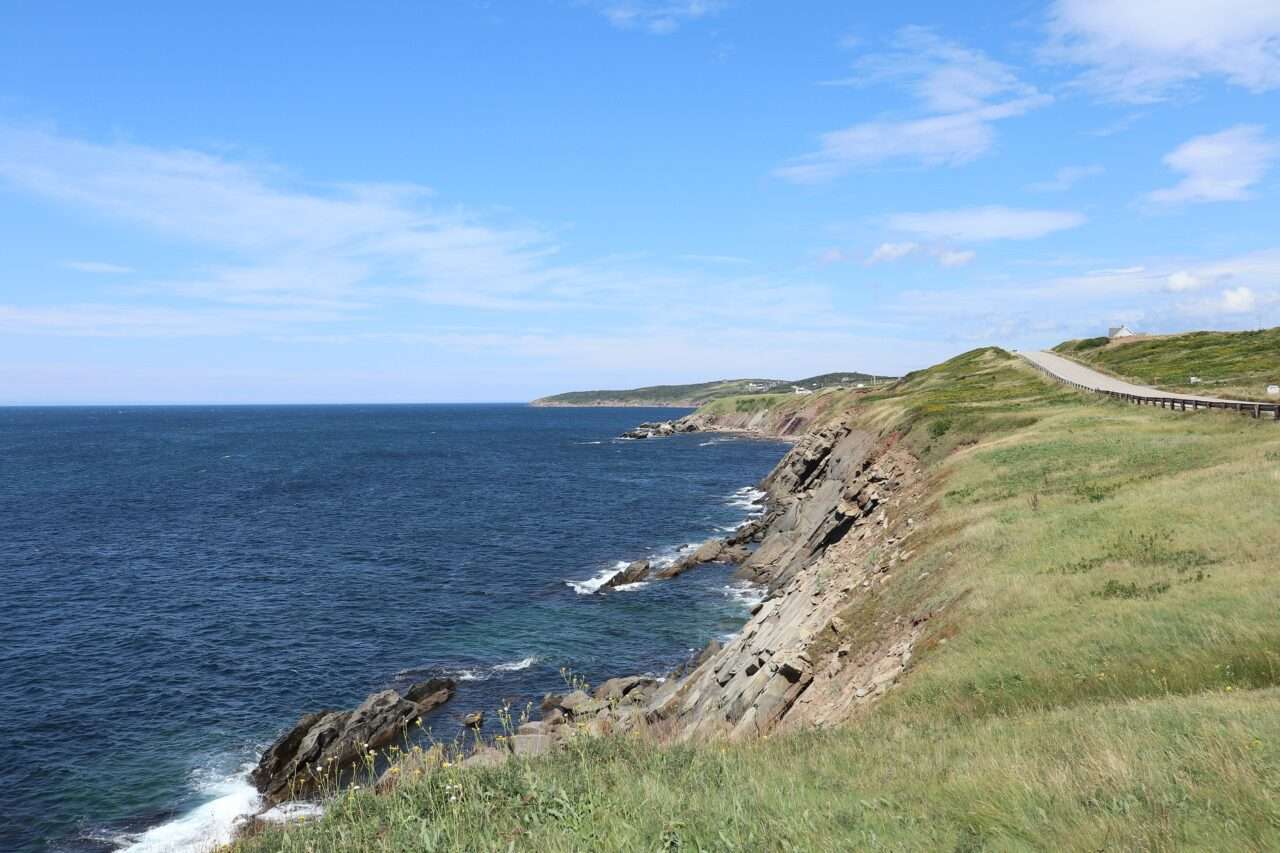 Image by adam morgan from Pixabay

If you plan to visit Cape Breton for your vacation, then the summers days are the best time for you to enjoy the most. During July and August, the island is dry and warm for travelers. However, you should be prepared for untimely rain showers as well. Since the island experiences frequent rain showers throughout the year, it might be difficult for you to avoid rains. Tourists can also enjoy the autumn colors of the island in September and October. But the winter days are quite hard to adjust with. Therefore, many tourists locations are closed during the off-season.

You are probably convinced that Cape Breton Island is a never-to-miss place for you and your family. Let us check some of the most popular sites on the island.

The stories about the beauty of Cape Breton island of Canada have permeated throughout the world. Travelers are packing their bags to visit the island to enjoy some exciting adventures and the endless wildlife of Cape Breton. The following are the best locations of the island in every adventurer’s list.

The 300-kilometer scenic drive of Cabot Trail is the talk of the town. The trail is named after an Italian seafarer Giovanni Caboto (John Cabot). Canada’s most beautiful stretch of the road will take you on a ride through the highland moors, gigantic cliffs over the Atlantic Ocean, elegant mountains, and verdant wildlife. The trail encircles the entire Cape Breton Highlands National Park. Apart from scenic views, hiking, and beautiful small towns, Cabot Trail also offers sports like horseback riding, ice fishing, skiing, and kayaking, all year long.

Hiking through the Cape Breton Highlands National Park is one of the most popular things on Cape Breton Island. The national park extends for more than 950 square kilometers over the map of the island. The park is full of beautiful flora and fauna. It serves as a home to many animals like deer, wild cats, moose, duck, beaver, bald eagles, and boreal birds. You can also enjoy several waterfalls within the national park, such as Mary Ann Falls and Beulach Ban Falls. One of the easiest and most spectacular hiking trails of the park is the Skyline Trail. 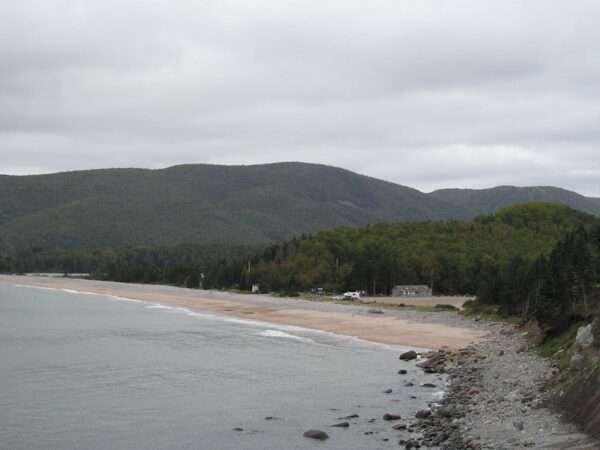 The summer home of the great Alexander Graham Bell, situated on Cape Breton Island, got converted into a historic site. You can feel the heat of history running through your veins when you take a glimpse of his genius works. You can learn about the life and work of the man who invented the telephone and gave incredible ideas on flight and artificial respiration. The museum or the historic site holds records and documents about hydroplanes and aircraft engines that once belonged to the great inventor. There are special programs held where visitors are allowed to create and test some of his designs. 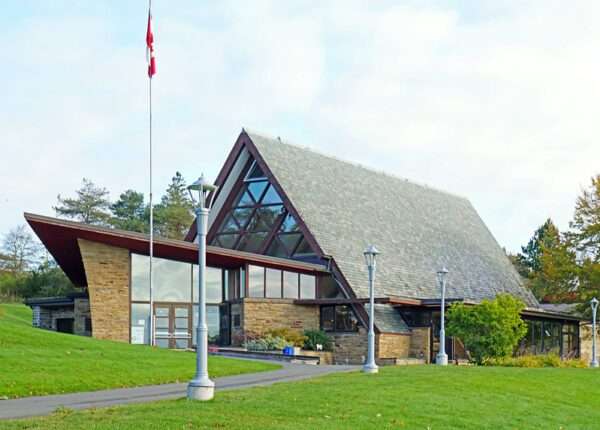 The French Fortress of Louisbourg is one of Canada’s most elegant historical museums. The walls and towers of the fortress are beautifully maintained. Life at Canada’s east coast during the mid 18th century can be known from the ruins and contemporary records present at the historic site. You will get introduced to the hospitality and kindness of the people from the history of the place. There is a tourist season where people get dresses up as the typical ‘townspeople’ and re-enact the daily routine of the earlier times. You can even enjoy camping all night in a period-style house or firing a musket. 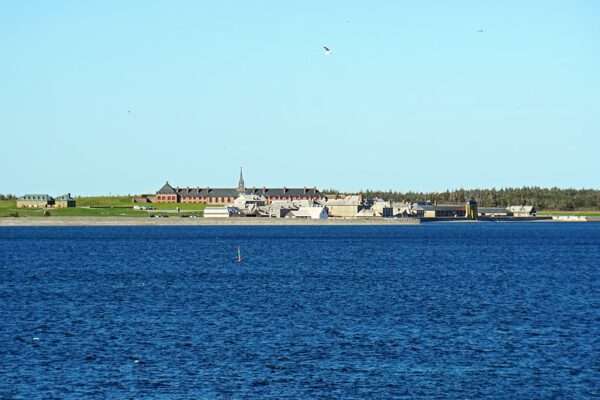 Cape Breton’s Miner’s museum is a place where you can learn about the miner’s traditional and latest mining techniques. Since the Glace Bay town was built on a hill rich with coal deposits, miners from France came to dig up the coal. Now, retired miners show around the museum, speak about their experiences, and tell real-life stories about the lives of miners working on the coal seams. They even put on some charming and amusing evening concerts in the summer. You can also visit the nearby Marconi National Historic Site to learn about the history of Guglielmo Marconi, who proved electromagnetic waves as a medium to send signals across the Atlantic. 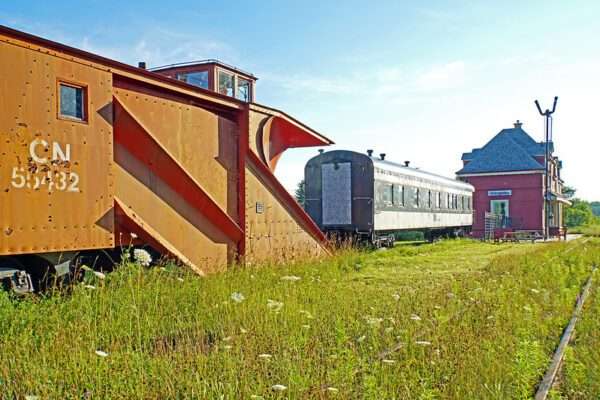 The Gaelic culture persists in this living history museum. You can enjoy the rhythms of the Gaelic language as well as their traditional music. The Bras d’Or Lake is the heart of the Highland Village that spreads across 1000 square kilometers of the south of Cape Breton Island. The village depicts Scottish families’ lives and tells about their churches, general stores, and schoolhouses. 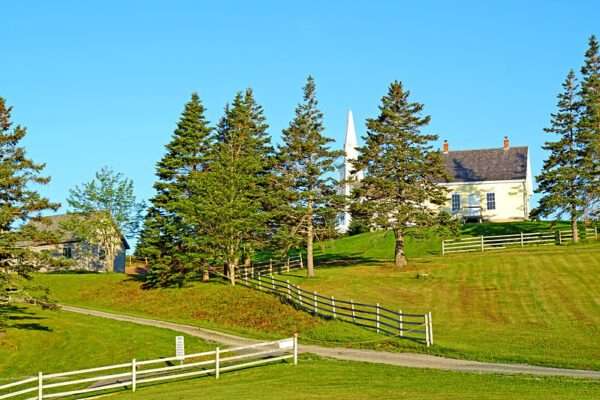 These are some of the most popular destinations within the island that speaks to you about the cultures, histories, and beauty of the Cape Breton island of Canada.

Cape Breton Island has some of the most gorgeous and scenic beauties in the world, and no one wants to miss out on it. So, get all your cameras ready to capture some precious clicks of the paradisiacal sceneries of the island.

Isle Madame is an off-coast island of Cape Breton Island. The breathtaking views from the locations will resist you from putting down your camera. Within the windy beaches and coastlines of the island, the Lighthouse of Isle Madame is one of the most beautiful lighthouses of Canada. A tour through this photo-worthy lighthouse can tell you the stories of shipwrecks, lights, and their keepers that happened on the island’s coast. France first settled the island, and till now, you can notice some attractive villages set up by the French. 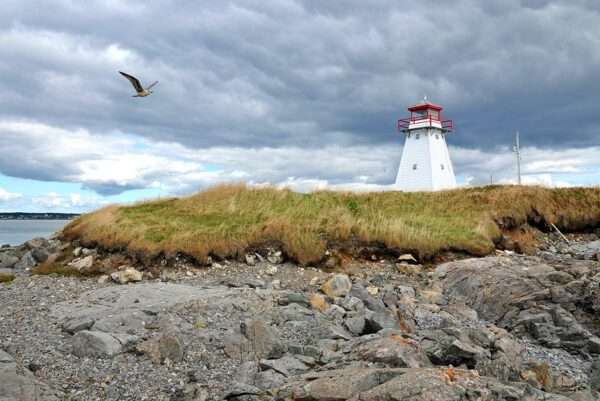 Cape Breton island’s waterfalls are one of the many reasons why explorers get attracted to the island. Most of the beautiful waterfalls of Canada can be found on this island. One among them is the Egypt Falls. This marvelous waterfall stretches over 18 meters wide and 8 meters high. The fall over one steep forms a pool, and the next, steep meets with the brook below. Eyes and cameras are just not enough to capture its beauty. 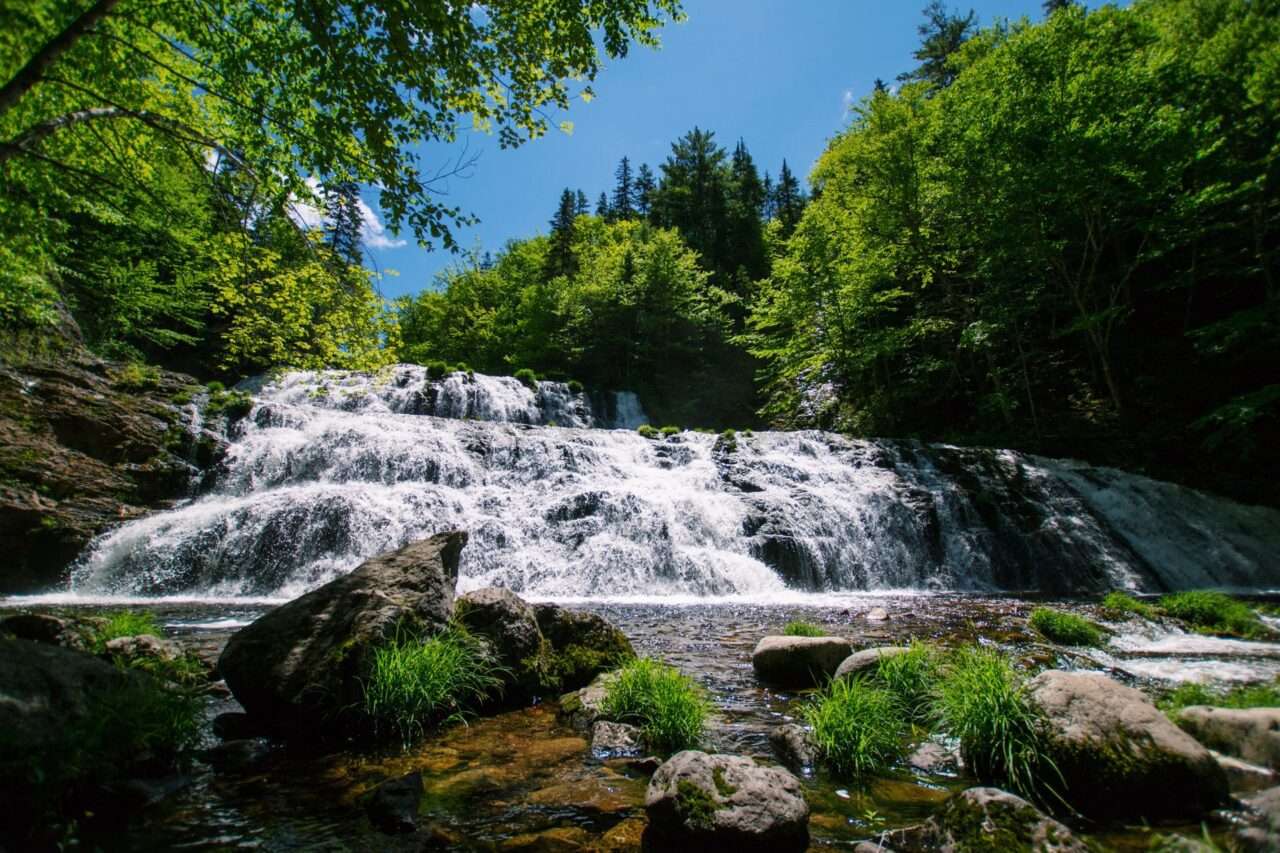 Photo by Elyse Turton on Unsplash

Tenerife Mountain or Theodore Fricker Mountain is a hidden treasure for travelers to explore. The head of the trail is between the villages of Cape North and Dingwall. The course starts gentle but gets steeper as it goes through the beautiful forests. When the trail gets nearer to the summit, you will get an extended beauty of stunning landscape all around you. You can go ahead and hike through the short ridge-line to capture more beautiful sceneries. 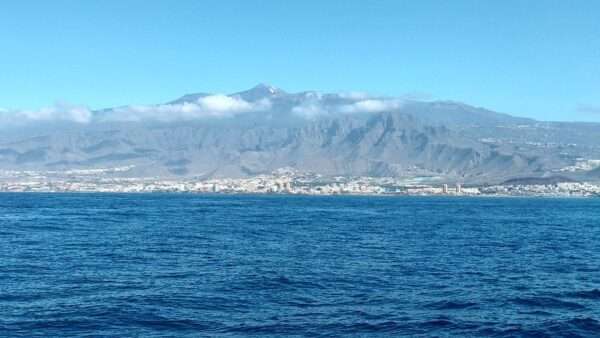 Skyline Trail is one of the most popular trails among the numerous footpaths through Cape Breton Highlands National Park. The trail starts from the top of the French Mountains and continues along the Cabot Trail leveling with the cliffs hanging out to the sea. This trail is considered the most photographed location of Atlantic Canada. It is a great place for whale watching in the Gulf of St Lawrence. You can also spot beautiful bald eagles, bears, and moose. 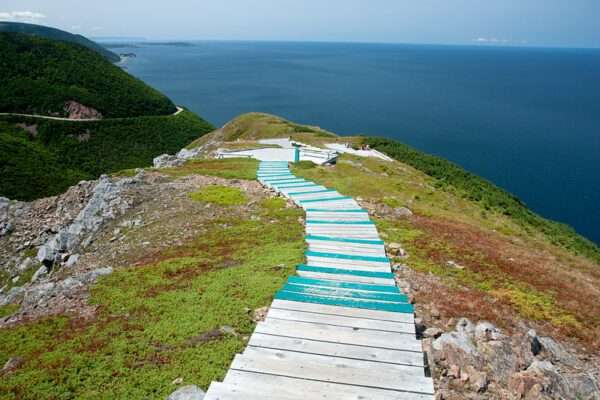 Dingwall Beach is one of the best picturesque beaches in Canada. The beach lovers have had this place for years. The beach is situated just off the Cabot Trail. The beach stretches over a mile along the Atlantic Ocean, and the pathway along the ocean serves as a great trail for a quiet walk. This beach has created a small saltwater bay that is separated from the sea due to the pathway. The place is the perfect location for professional photographers to arrange an amazing photoshoot. 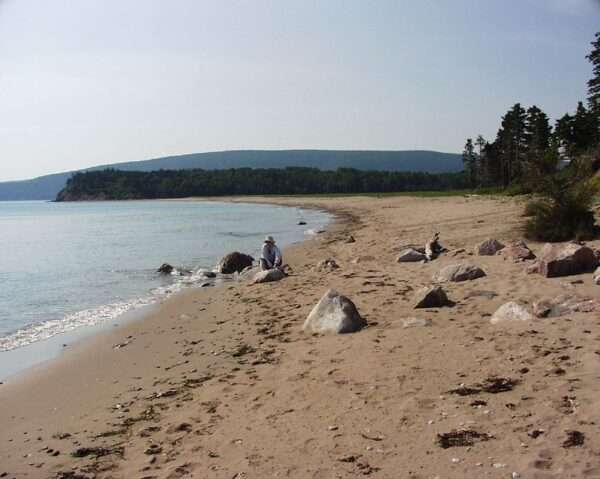 Cape Breton, one of the well-known islands of Canada, serves as a wholesome vacation package for you and your family. You can enjoy hiking through the beautiful trails, exploring the beaches, learning about Canada’s unique history, stroll through the parks, enjoy fishing and the wildlife, and many more. There are even suitable hotels to make your stay more exciting. This small land on the map of Canada can give complete satisfaction to your heart within few days of your vacation. And that is why you should visit Cape Breton for your next vacation.