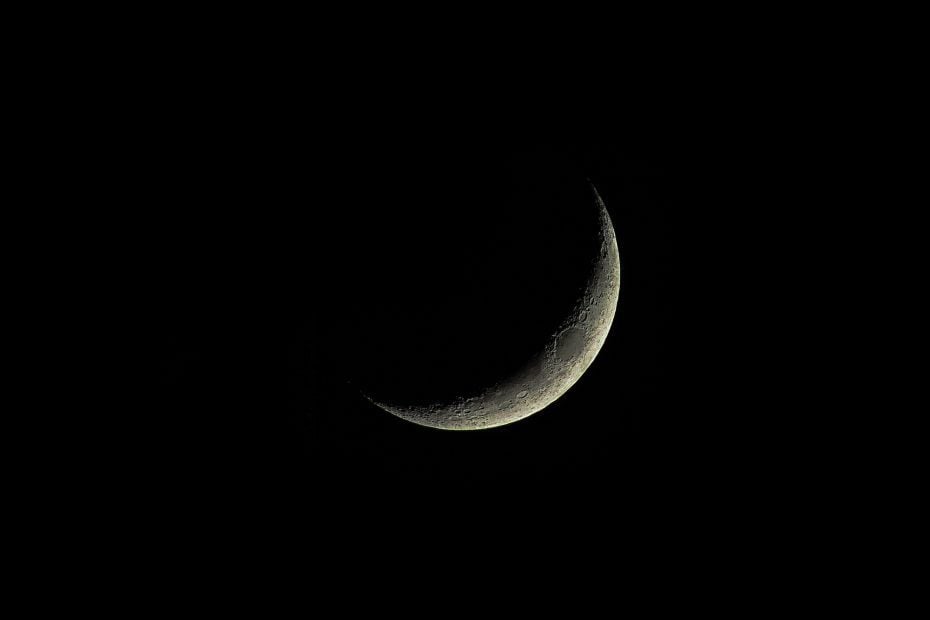 The Hilal Committee Toronto was introduced in the early 1970s by an honourable and eminent scholar of Toronto, Khalil Sufi. He still serves as the Chairperson of the Committee in Toronto and Vicinity in the company of many other intellectual scholars. It was set up to erase confusion among Muslim Communities about the events of the calendar.

This massive confusion between the committees was based on the beginning of the Islamic Months and its holidays. This includes Ramadan and the two Eids and the confusion that arises with declaring their dates. This is when the procedures in the Quran about moon sighting is at stake, and people start questioning the authenticity of the Calendar.

Many great Scholars and other influential Islamic representatives from different mosques and Islamic centres across Toronto and Vicinity have continued to be a part of this planning committee. The members of the committee to take part in curating the Islamic Calendar according to confirmed sightings and parameters of the Hilal Committee Toronto.

A. What Is The Need For Hilal Committee Toronto 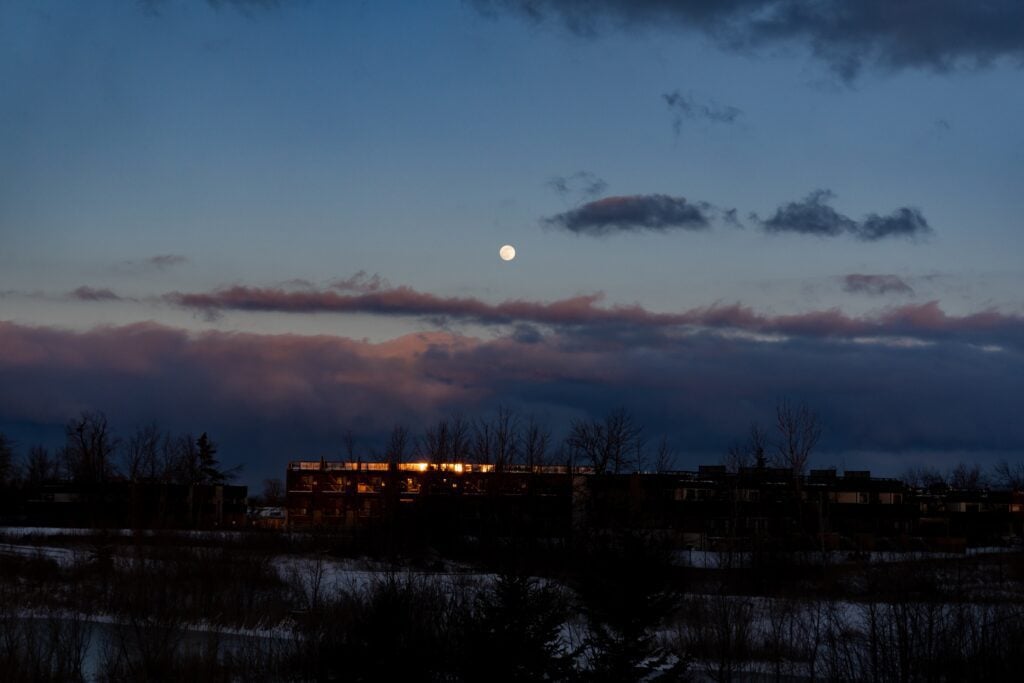 Photo by Ahmed Abbas on Unsplash

Islamic rules were created with ease and simplicity and not any sort of scientific explanation or logical calculations that support it. This was done so that people from all races could easily cope up and adapt to the Islamic way of life. Similarly, to easily identify the lunar months and sightings, the Hilal Committee Toronto was established.

An Image Of The Islamic Calendar.

A lot of difference in opinion arises when moon sighting is concerned. Click here to read this interesting article on Moon Sighting Controversy based on science.

B. Procedures For Moon Sighting 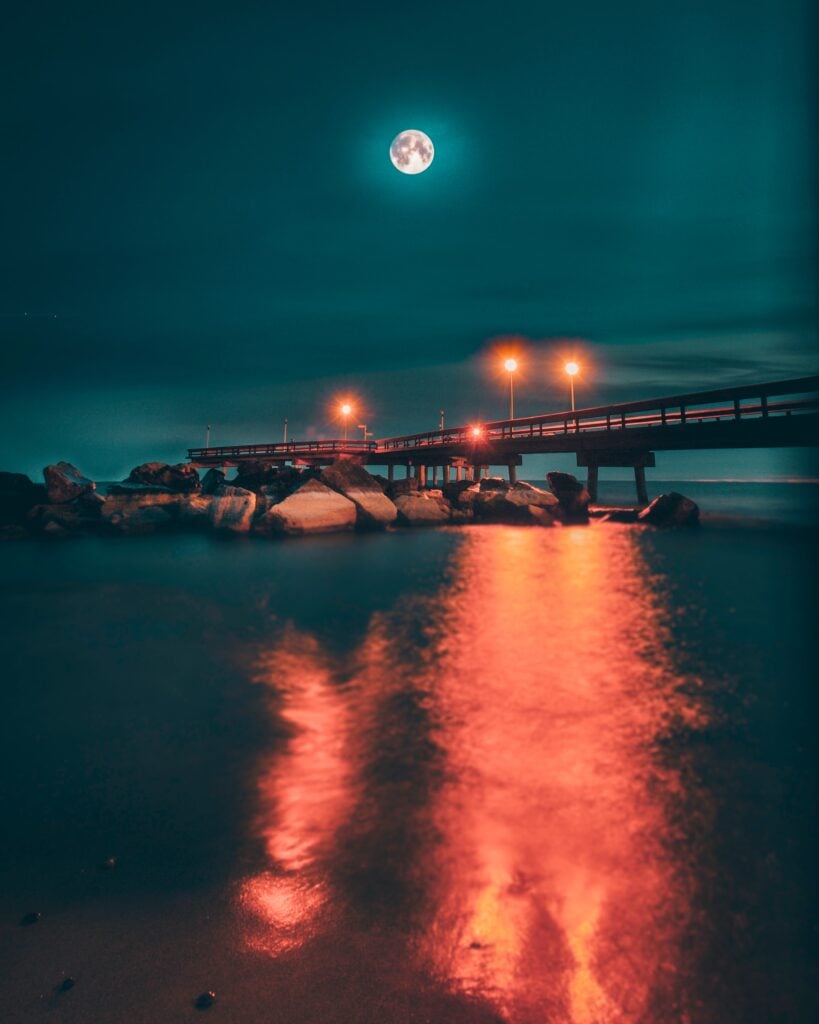 Photo by Yeshi Kangrang on Unsplash

Members of the Hilal Committee Toronto get together every month to decide on the local sightings of the moon and to make decisions on the upcoming events of that month. Once the hilal (crescent moon) is sighted, it is verified and confirmed by other people, and then a final result is declared. 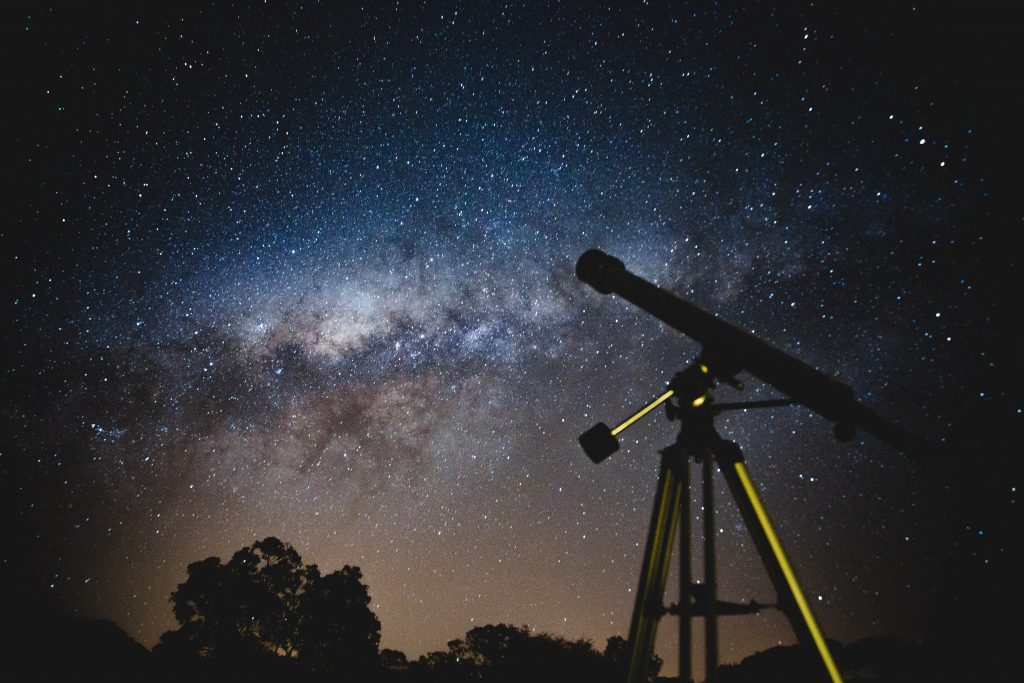 Photo by Lucas Pezeta on Pexel

Astronomical Data also plays a very vital role in the procedure for moon sighting. Even if the final result is based on the sighting of the hilal (crescent moon) with the naked eye, the probability of the moon occurring is established based on these astronomical calculations.

It was Hazrat Umar who first bought using astronomical data into practice and ever since the Hilal Committee of Toronto’s establishment, this method has continued to be used even now. Hazrat Umar considered the Hijri or The Start of the Prophets Journey along with his companion from Mecca to Madinah.

With the right astronomical facts and the expertise of the Hilal committee Toronto, we can expect even more precise event planning and an accurate Calendar.

D. Sightings Of The Hilal During The Time Ancient Prophets Or Sahaba (RA) 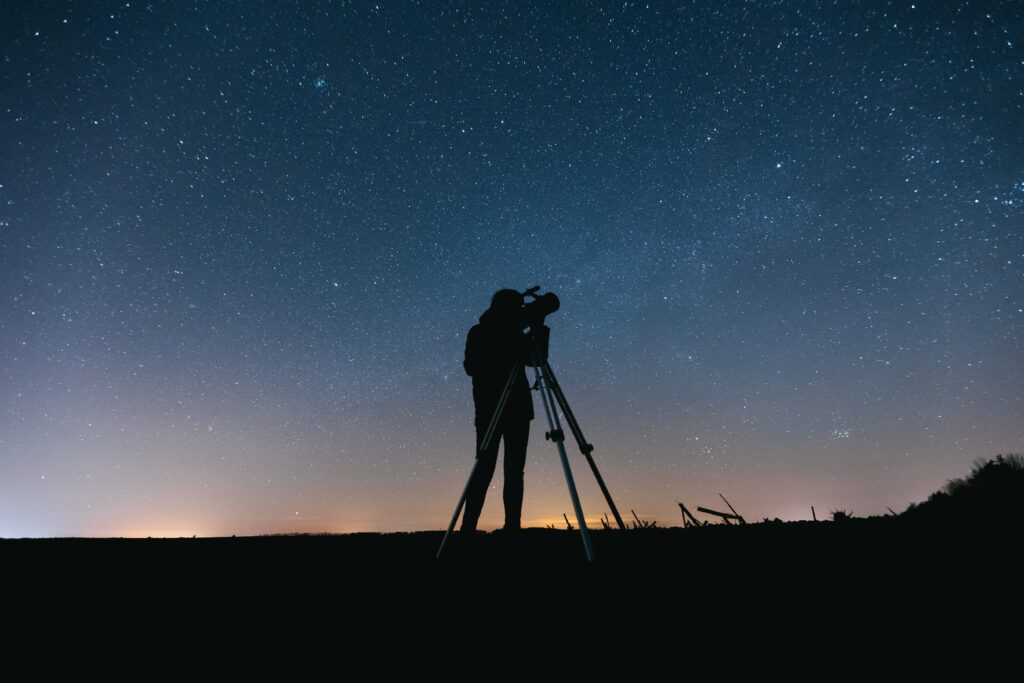 Photo by Thirdman from Pexels

The Prophets or Sahaba (RA) were people who were enlightened of deen (religion of Islam) by the Holy Prophet (SAW) himself. However, according to the Hadiths (Stories on Prophets lives) and the Scriptures present today, we can see that they had different dates for Ramadan and Eid based on sightings in different countries.

According to one of the Hadith, A Sahaba named Kuraib (RA) narrated an incident where he travelled to Syria. While he was there, he spotted the hilal on Friday and started observing fasts from Saturday. After a month when he returned to Medina, he observed that the hilal sighting took place on a Saturday and that they observed fasts until they complete all 30.

This incident depicts the commandments of Allah on the sightings of Hilal in the Holy Quran. If Hilal Sightings are observed in your locality, you must start observing fasts and Mu’awiya.

E. Reasons why the Hilal Committee of Toronto and its sightings are considered the way of Quran

F. Methods Of Establishing A declaration For Moon Sighting on the 29th Day

All Islamic months are either 29 or 30 days in length and not 28 or 31. Sighting of the moon is not necessary once a month completes 30 days. It is by default considered that the current month is over and the next month has started immediately.

On the 29th of Zul Hajj, Shabaan, Ramadan, and Shawwal, the moon sighting takes place on the 29th since these months can be 29 days long. Also, other reasons like fasting, pilgrimage, and sacrifices are based on the sighting.

G. Some Important Dates In The Islamic Lunar Calendar

Some of the most important dates in the Islamic/Hijri Calendar are:

H. Common FAQ’s And Doubts About Hilal Sightings And The Hilal Committee Toronto 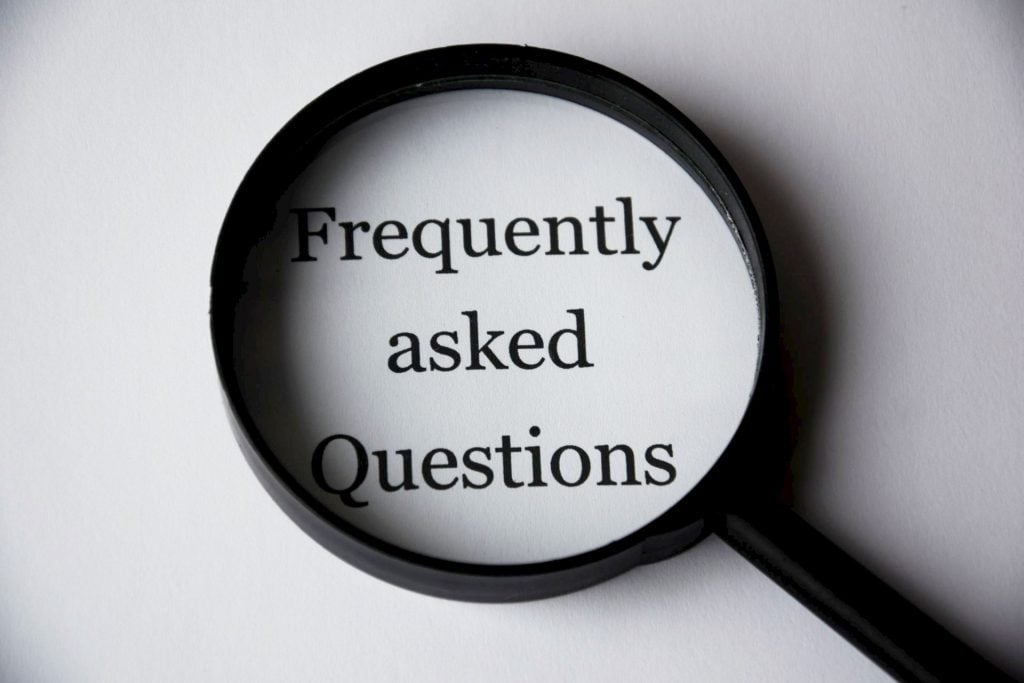 Photo by Pixabay on Pexel

1. Who makes the Heads of the Hilal Committee Toronto?

2. Who are the members of the Hilal Committee Toronto?

A large number of Islamic Centers and Masjids are a part of this great committee. Around 80 Centers exist only in Canada, and the count keeps on increasing. Any centre or masjid willing to be a part of the Hilal Committee Toronto can reach out to the respective Coordinators.

3. Why do the decisions of the Hilal Committee Toronto get delayed sometimes?

One of the major reasons why the decisions get delayed sometimes is the difference in Time Zones between cities and provinces. These decisions are also influenced by climatic conditions where the hilal cannot be sighted with a naked eye even if it is there in the sky. In conditions like the results are declared by the Hilal Committee Toronto on the Eve of Eid.

4. When does Hilal usually appear?

5. Why should the Hilal sighting of Saudi Arabia not be believed?

The Hilal sightings of Saudi Arabia have been incorrect a couple of times before. For instance, they once issued a declaration that said that Eid was on August 31 Thursday making the 30th the last day of Ramadan. They did so when they mistook planet Saturn for Hilal whereas the hilal was seen on the eve of Tuesday 29th was the last day of Ramadan. This incident took place in the Hijri Year of 1432.

Many such inconveniences occurred with the Hilal sighting in Saudi Arabia; therefore, a majority of people find it unreliable.

6. Why is Conjunction (Birth of New Moon) not used as a basis for starting the month instead of the crescent moon?

Conjunction takes place between the duration of 24 hours; therefore, we can conclude that keeping it as a basis for starting the month only leads to more confusion in planning the Hijri Calendar.

7. Can the Crescent Moon be predicted accurately using calculations?

Some theories say that the birth of the new moon or the crescent moon can be predicted within a hundredth of a second. Some people who put this theory into practice encountered many errors, and thus it can be concluded that accurate prediction of Crescent Moon (Hilal) is not possible.

The sighting of a planet’s movements is far easier than that of the moon. The moon’s movements are affected by many changing factors and thus sighting the invisible moon is out of the question.

9. Similar to that of the sun, does the moon rise in the east too?

Not exactly the east but the moon rises from the North East and sets in the South West.

10. Is Astronomy forbidden in Islam?

Therefore we can conclude that Astronomy is an accepted concept in Islam while Astrology is forbidden.

The main motto behind the establishment of this committee was to help clear confusions, provide more Information about the hilal (crescent moon), to create a well planned Islamic Calendar, and to provide unity among local Muslim communities and their celebrations.

The Hilal Committee Toronto has their official website that reaches out to the people with the latest update and information. It also answers the public’s queries and people who observe any kind of sightings can contact them on their site to know more.

Hope to have you covered on all the things you needed to know about the Hilal Committee Toronto.