The 13th Anniversary for the Republic Night Club 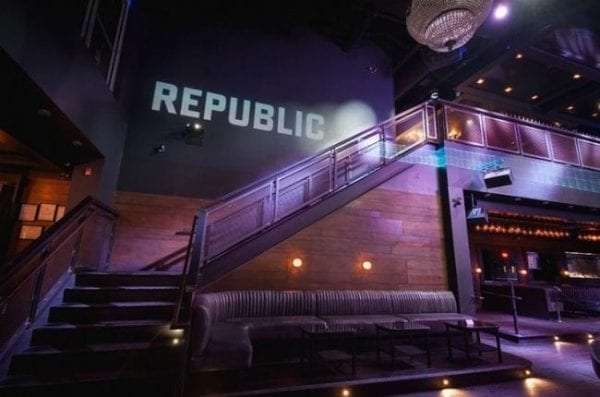 Republic Nightclub located in the heart of downtown Vancouver is the perfect place to spend your Friday or Saturday night at, dancing and laughing along with friends as you enjoy the beauty of nightlife in Vancouver’s most thrilling nightclub.

And guess what? Here’s this big opportunity I’m now going to tell you about and it’s one you might not wanna miss. 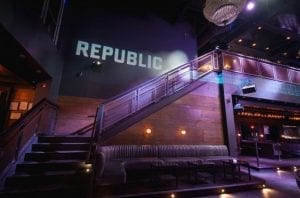 On the occasion of its much awaited 13th anniversary, Republic Nightclub is throwing a massive,  a never- seen- before, and an exciting party. Oh, have you heard that this party is not going to be a same-old one? Enjoy this night with special guests- LA’s Soulection- featuring ESTA, Andre Power, and Sasha Marie.

Soulection is known to be an independent music platform, radio show, and artist collective. It has consistently brought life to meaningful music with deep, heart touching lyrics and through its genuine motive and hard work, Soulection’s Sound Of Tomorrow has brought together tons of supporters, not just in Canada but worldwide. Isn’t that impressive?

This 13th Anniversary of Republic Night Club is an event that you shouldn’t miss. So get your calendar and mark the date. This big night will take place at the Republic on Thursday, June 13. You’ve still got time to book the tickets and get your nails done, buy new clothes and get ready for this event!

If you’re upset that the event will end so quickly (as if five hours aren’t enough) then I guess the prices of the ticket might make up for that: the ticket is for $15 each. That’s pretty cheap, to be honest. Grab your laptop, mobile or tablet and book the tickets as soon as possible! Just a few days now left to this party.

The Republic Nightclub has long been a hot spot for celebrities. Many Hollywood celebs are clicked lurking in this wonderful Nightclub. Celebrities like Chris Evans, Drake, Rihanna, Jay Z, Ryan Reynolds, The Rock, among many others have been spotted in this nightclub. Who knows on June 13th you might meet Shawn Mendes in the night club? Well, it might just be your lucky day then.

The Republic Nightclub has had many of its hall of fame, red carpet moments as we look at its glorious achievements.

It was the first nightclub in the city of Vancouver to get a 3 am liquor license, 7 days per week and to serve nightly VIP bottle service which is a pretty big deal, isn’t it? The Republic Night club also had a role in the re-establishment of BarWatch and its public safety protocols. Also, the huge amount of famous performers featured by the Republic Nightclub keep on increasing. They’ve hosted so many stars such as Post Malone, DJ Premier, Metro Boomin, Popcaan, DJ AM.

DID YOU KNOW? The Republic Nightclub hosted the 17-night party for the 2010 Olympics with every Olympic team from every country.