You were walking down the streets and saw the first-ever run concept store in Montreal and now you are convinced to own some of the products of Lulu from the Lululemon Montreal store.

So, let’s first learn about Lululemon Athletica before running into the Lululemon Montreal store

If you are keen on yoga, athletics, and calisthenics, or are you a gymnast, or you hit the gym every day, or if you have started exercising and are looking for athleisure, then you’re looking for Lululemon Athletica products to own.

So many of us started wearing athleisure, the term athleisure means can be worn outside and inside the gym.

We could see the ones who don’t visit the gym they still admire wearing leggings. And who doesn’t wish to own lululemon Athletica leggings?

So, you want to learn about Lululemon Athletica. Here you read…

Lululemon Athletica was established by Chip Wilson and was born in Vancouver, Canada in 1998.

It was established as a yoga apparel retailer for men and women in 1998 since then company has extended into 460 stores worldwide and online.

Let’s go back to the memory lane of Chip Wilson and let’s find out how he established an exponential empire of athleisure.

It started when Wilson finally sold his skateboard and snowboard company in 1997 for 1$ million.

With nothing to do, Wilson was getting on with ease. Then within a week, he noticed 3 things that were inferring to yoga was a new trend. First was a poster on a telephone pole, second, he notices two women having a conversation about it and an article in a newspaper.

Then to gain more knowledge about it he joined a yoga class, where he found himself just a guy in a room full of women.

He observed yoga was going to be as prominent as snowboarding and skateboarding. So he chose to create promising yoga apparel for this arising market.

Initially, the designs were mainly focused on yoga wear for women, growing without bound over the years to include accessories, footwear, outerwear, and highlighted men’s lines.

The logo of Lululemon Athletica is one of the most efficacious logos out there.

That’s quite an effort to know the precise meaning of the Lululemon logo. Somebody considers it a woman’s body or it is built around the Greek letter Omega.

According to the corporate history of Lululemon, the logo of the company is the letter “A” which is supposedly named after the initial name of the company “Athletically Hip“.

Lululemon Athletica’s headquarter is located where the first store was born and is based in Vancouver, Canada.

The total number of employees that work at the corporate office is over 2000 people. The headquarter of Lululemon has been designed as the healthiest workplace on earth which even includes employee health and wellness benefits.

The Lululemon Montreal, company said in a news statement that the Mile End was created as an acknowledgment of a necessity for a run sweat hub in Montreal, a city known for its running culture.

It will be a breeding floor for runners from all backgrounds who wouldn’t contrarily have had the alternative to meet, all the while requiring guests an enormous option of some of the brand’s top-run merchandise.

From leggings to tops we all want to own a high-end pair of athleisure. Let’s look out at some popular items of Lululemon that we could help you to choose from.

The best leggings you opt for running are their Base Pace High-Rise Running Tights. They are formulated with the lululemon Nulux fabric so they are soft and weightless, practically lightweight, but substantiating.

The second leggings from Lululemon that I love is Align High Rise Legging. It’s one of the most popular leggings of Lululemon.

It is best for Yoga, Barre, Pilates, Low Impact Workouts, and Everyday Wear.

The best thing about it is its buttery soft fabric and its compatible fit on all body types.

Energy Longline Bra is the most versatile bra that can be worn multiple times a week.

It provides medium support and is also great for almost every fitness activity.

If you are looking for something that can be worn every day and inside the gym too then you can trust this one.

The second top-from-the-line Power Pivot Tank Top would be a great option for everybody because it can be worn in multiple ways.

You can wear it as a V-neck for yoga classes. Or you can also flip it over for a high-neck tank top that’s gonna perfect for high-intensity training.

The most versatile and flattering jacket of Lululemon would be the Define Jacket. This can be worn wherever you desire, for running errands or for your every morning running ritual.

This is one of the fan’s favorite jackets. The cottony soft, breathable, and supportive jacket also comes in a hooded version.

The second one that you would definitely love is the Perfectly Oversized Cropped Crew sweatshirt which is super-soft and the most comfortable sweatshirt that can be worn all week.

It’s a great option for a post-workout sweatshirt that can be worn Either for running errands or for work from home day.

Lululemon has the best functional belt bag which is Everywhere Belt Bag. This bag has replaced our bags and purses.

This can be worn crossbody or around the hips. It can be easily accessed

It has both interior and exterior pockets for your essentials.

If you are a fitness freak and you love investing in fitness gear you would love to have Lululemon in your wardrobe for athleisure because of its quality and ethnicity. The one thing they think of is the word “Yoga” for sure.

Whether the Lululemon Athletica is worth it or not but nobody could deny that the brand has a reputation in the fitness industry that is somewhere a great accomplishment.

Do give a glimpse:- Take a peek at the Cryptocurrency varieties
Next Article How can an individual use his bitcoin investment in the best manner?
Leave a comment 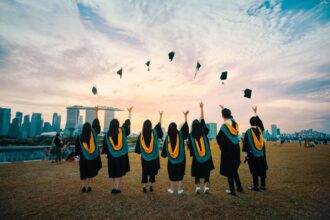 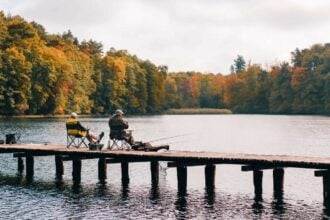 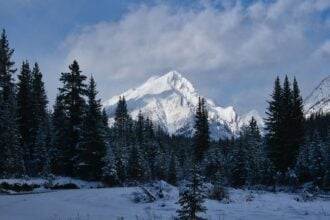 Kananaskis Lodge: 6 Exciting Things to Do 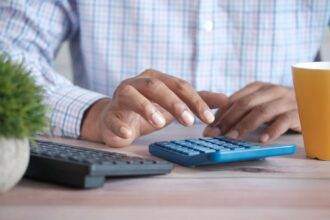 Is Hiring an Accountant Necessary for Your Startup?