Canada, the land which is known for its beavers, snow and maple syrup, is much more than just a serene nation. Its history says a lot more than that. Canadian history is way too impressive; it includes heroes, villains, tragedies, dramas, and much more. Are you interested in knowing more about it? Don’t worry; we’ve got you all covered.

The following article will give you a sneak peek into Canada’s vast history. We’ve assembled the ten most important events in Canadian history in a list according to their chronological order.

10 Most Important Events in Canadian History

In the early 1860s, the land that we now know as Canada was known as British North America. It was made up of seven colonies and two territories. Each of the colonies had their own government, and all were facing significant challenges. Back then, people were deeply divided over politics, language, and religion in the province of Canada. The government was deadlocked, and it was then that the maritime colonies had an idea, uniting to form a new country, and this plan came to be known as Confederation.

Under this plan, they decided that a more full union would make all the colonies healthier and more prosperous. After days of peaceful debates, series of conferences, and orderly negotiations, the group (better known as the Fathers of Confederation) came up with a list of resolutions that led to the birth of modern Canada.

We’ve all come across the Titanic’s fateful Voyage, and so this is the next event on the list of 10 most important events in Canadian history. The Titanic, being regarded as one of the three Olympic class ocean liners, was claimed to be unsinkable by many. Still, it struck an iceberg on its very first Voyage and sank, and to this day, it is one of the world’s worst marine disasters.

The captains gave out a distress call over the radio (soon after this accident) in hopes that there were other ships nearby. They gave the order for the Titanic’s passengers to board the lifeboats, but all in vain, since many passengers did not understand what was going on. Therefore, this haphazard led to the wastage of a lot of space on the first lifeboat.

Some people pushed their way to the lifeboats while others accepted their fate and stayed behind or gave up their spots to more vulnerable passengers. Therefore, around only 700 people could survive the disaster, with over 1500 people losing their lives. After this terrific incident, four Canadian vessels were dispatched to begin the search for bodies. Merely 59 frames were delivered to their families, rest all were buried at the Halifax cemetery.

The Canadians’ meticulous preparation for the war led to their grand victory. Before this historic battle, Canada was never seen as a separate nation, and the Canadians were supposed to be calm and composed. But at the Battle of Vimy Ridge, the Canadians really proved their mettle by overcoming German forces and capturing the ridge.

This, in a way, led to the birth of Canadian national awareness, unity, and pride. Thus, it monumentally impacted Canada, and the Battle of Vimy Ridge became a landmark in the history of Canada.

In the 19th century, many believed a woman’s only sphere influence was the home-without the right to vote; her voice would not be heard. Canadian suffragists were inspired by the passion and success of their American and British counterparts. Women across Canada began their movement for the vote in the 1870s. Most Canadian suffragists employed peaceful tactics such as distributing pamphlets and hosting public meetings.

Keeping in mind the contribution of women in WWI, women could not be denied the right to vote, and therefore, women serving as nurses and enfranchised women who were close relatives of fighting men were granted the right to vote in 1917. On May 24, 1918, Canadian women over 21 were given the right to vote, but at this point, this right was not extended to all women. The road to vote was a long one and stretched on well past 1918 for many Canadian women, but it was a fruitful one, and this is the reason that this event is on the list of 10 most important events in Canadian history.

. The year was before 1921, when diabetes was considered a deadly disease.

For thousands of years, this disease was considered incurable. After years of testing, Dr. Fredrick Banting, his assistant Charles and, Dr. John Mac Leod perfected the formula, and this led to the discovery of insulin at the University of Toronto. Soon patients, from all around the globe were traveling to Toronto to seek this treatment. Their blood sugar dropped, and this led to the birth of the procedure.

Today insulin has helped over hundreds and thousands of people. And hence, after this discovery, a room of death and gloom became a place of hope and joy, and years after that, Dr. Fredrick banting and Dr. John Mac Leod won Nobel prize in Physiology and Medicine for the discovery of insulin.

It all started after the war when soldiers began returning from battle. It was a day that changed the world. It was on this day, October 24, 1929, that the stock market crashed, marking the beginning of perhaps the most significant ten years in Canada’s history.  A watershed era that scarred and transformed the nation. It was on this day that the Great Depression began.

Beginning on Black Tuesday, when the value of the New York stock market fell drastically and ending in 1939, it was the time when Canadians suffered record-breaking levels of poverty due to unemployment. Life took an unprecedented turn for the Canadians as six months after the crash, over three or four million people became unemployed.

The traumatic experience changed Canada after the First World War. The trauma started to make the Canadians see themselves as separate from the British (and therefore, the participation of Canada in the second world war is, in a way, one of the most critical events in the list of 10 most important events in Canadian history) and this led to one of the bloodiest conflicts in the history of Canada, i.e., the Second World War.

Bizarre memories of the First World War, which included the tragic loss of life, the heavy burden of debt, and the strain on the country’s unity and economy made the Canadians think twice before participating in the Second World War. But due to some unforeseen reasons, they were dragged into the war without their will.

This devastating war took around 45,000 Canadian lives, and lives became materialistic to such an extent that there came a time when political leaders started treating Canadian men as cannon fodder! The Second World War, though caused a significant loss to life and property, was a defining event in Canadian history as it transformed a peaceful country (as Canada was considered back then) into a critical player in the 20th century’s most significant struggle.

Roberta Lynn Bondar became the first Canadian woman in space by blasting off on the morning of January 22, 1992, on board the space shuttle discovery and along with her went the dreams, hopes and good wishes of thousands of Canadians. It was an immensely proud moment for all Canadians, especially the women. As per Roberta Bondar, it was as far the most exciting day for her. For this Canadian scientist, it was the ultimate climax to a lifetime of dreams and years of tireless training.

After 129 orbits around Earth, Bondar’s space shuttle landed in California on January 30, 1992. Bondar not only made her country proud but also played an essential role in women’s empowerment, as her journey to space proved that women could excel in every field and are no less than men! And therefore, this one deserves to be in this list of 10 most important events in Canadian history.

The 2002 Women’s Hockey World Cup, being the 10th edition of the Women’s Hockey World Cup, owns a significant spot in the list of 10 most important events in Canadian history. The Canadian Hockey Team snatched a memorable win to set up a clash with the hosts, the United States, in the finals. They grabbed the winning title after mercilessly beating the Americans by 3-2 at the finals. It was possibly one of the most exciting tournaments ever with the hosts. While the men won a gold medal the same year, the real test of the Canadian spirit played out on the women’s rink.

The United States had beaten Canada in the last eight back to back games they played, and therefore, they had a pretty high chance of winning. But due to an important goal by Jayna Hefford, the team made it to the top of the podium. And hence, the Canadian women once again proved Roy’s saying that men and women are just the same; they are just as bad and good as each other.

Last but certainly not the least, this one’s the most recent in the list of 10 most important events in Canadian history. Marriage between two partners of the same gender, i.e., same-sex marriage became legal in Canada on July 20, 2005. Ontario and British Columbia legalized the licensing of same-sex marriage in 2003 and were the first two provinces to do so. Since then, all the areas have followed their footsteps and have recognized same-sex marriages.

Canada became the first and the foremost nation in the world that allowed same-sex marriages between people that were not Canadian residents. Different groups of people refer to transgender people, gender variance, or sexual identity using different terms that vary depending upon their own traditions and religion. In 2005, the long-awaited federal Civil Marriage Act came into force, which made same-sex marriage legal across Canada, which changed the definitions of husband and wife to the spouse.

This was our list of 10 most important events in Canadian history. Let us know about your thoughts in the comment section about these facts. Best Province to Live in Canada: Top 5 Choices
Next Article 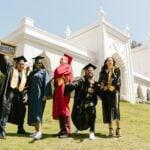