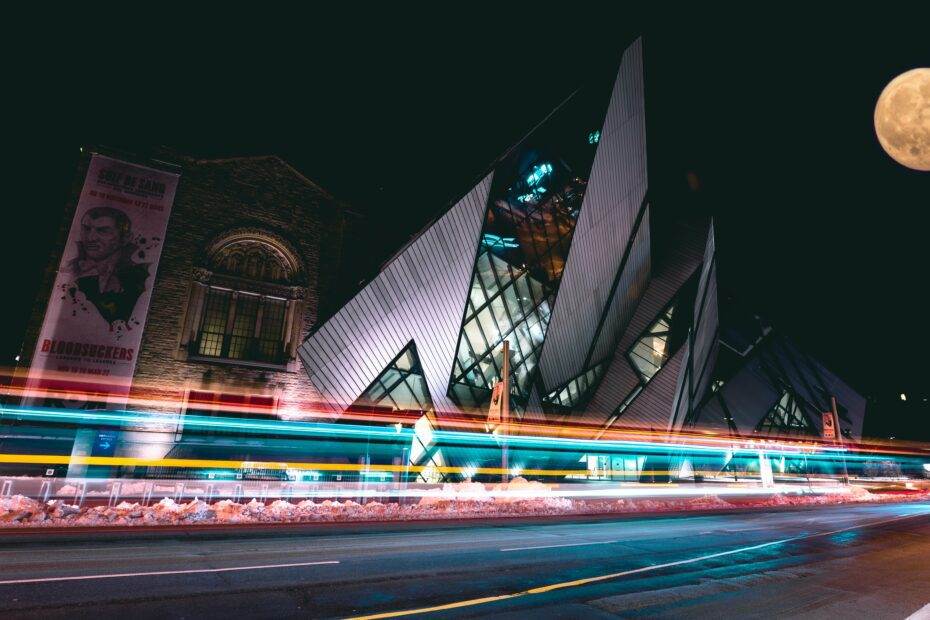 Toronto is a vibrant city buzzing with events and festivals all year ’round. From art, food, cinema, and entertainment to celebrate Canada’s diverse culture, Toronto has everything in store for you – be it the countless music festivals in summer or lights and theater festivals in winters.

Enthusiastic locals of Toronto gather to celebrate the city’s rich culture, diversity, and history. The events are followed by non-stop parties, leisure activities, music, dance, and fun. Be a part of, and mix with Toronto – the most welcoming city you could ever encounter.

While we have a bunch of incredible events hosted across all Canadian Cities, here are nine festivals in Toronto you should grab every opportunity to be a part of, and witness –

Following the legacy of more than 30 years, the TD Toronto Jazz Festival is one of Toronto’s best music festivals. This festival invites over 1,500 jazz musicians who perform across North America, Toronto being a prime destination. Around 500,000 people gather to witness multiple stages with acts of well-known artists like David Crosby & Friends, The Don Thompson Trio, Jennie Thai, Michael Davis, and Ted Quinlan Quartet, among many others. 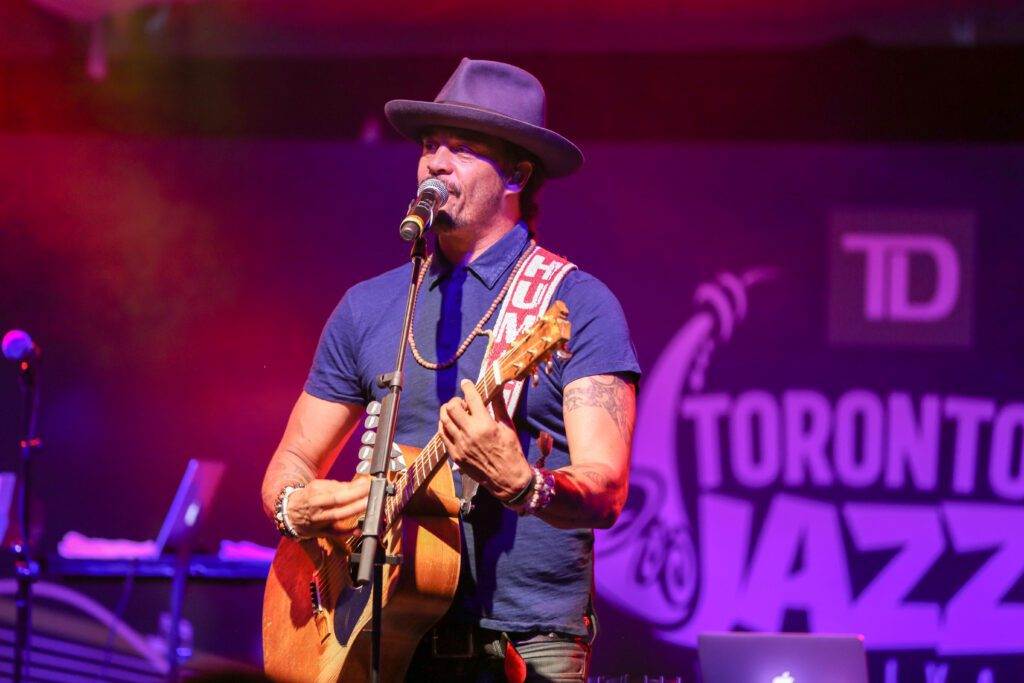 The ten-day-long festival comes around the end of June through early July every year. If you yearn for some jazz and blues and vintage vibes, there you go! Toronto Jazz Festival is exactly what you need right now. The perfect blend of jazz instruments and strong vocals takes you to an entirely different universe. Close your eyes and groove to the beats.

Check out Allen Stone’s beautiful rendition at the Toronto Jazz Festival from 2016!

The festival follows a set theme every year, which forms the base of the acts. The theme for 2019 was Beyond Borders, with performances flaunting cross-cultural influences in classical music. Theme reveal also gives the audience a fair idea of what to expect when they attend classical music concerts.

, TSM organized an online show from the 16th of July to the 1st of August, 2020, to continue the tradition. Beautiful musical performances on their way, the Summer Music Festival will undoubtedly be a treat to our ears.

Formerly known as Caribana, the Toronto Caribbean Carnival is one of the most-awaited and engaging festivals in Toronto. It brings to life Caribbean culture with reggae, country music, street-dancing, drums, and parade across the city. Natives, along with the international crowd, flock the streets wearing colorful costumes to celebrate Caribbean heritage. 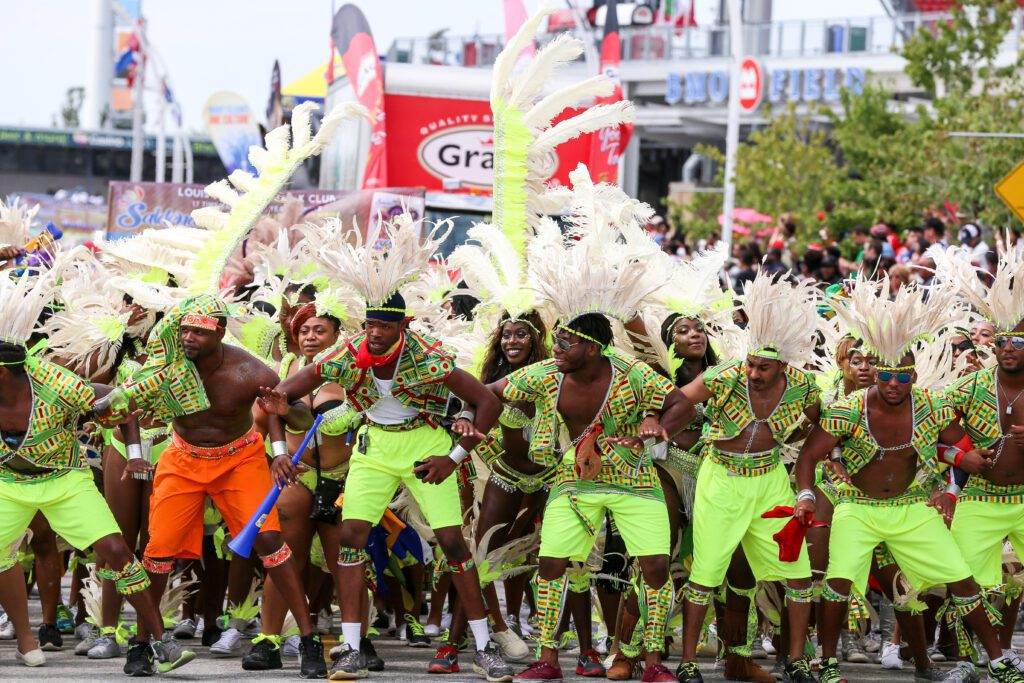 It starts with a sequence of events introducing and highlighting the essence of Caribbean culture, followed by the official parade, which invites both children and elders to enjoy diversity. The fest is then taken over by the King and Queen Show, as natives dance to folk beats to win the crown. The costumes are on display in the Carnival Ball and Grand Parade. As it comes to an end, the fest comes to an end with band performances by the natives with groovy beats, and the Grand Parade along Lake Shore Boulevard.

Hosted throughout July till early August, the Caribbean Carnival is truly an event you should not miss. This cross-cultural experience feels ethereal.

Known as one of the ‘largest publicly attended’ global film festivals, The Toronto International Film Festival attracts nearly 500,000 attendees every year. TIFF is famous for its premiers of award-winning films like American Beauty, Slumdog Millionaire, Black Swan, The King’s Speech, Silver Linings Playbook, etc. All the events are held at TIFF Bell Lightbox in downtown Toronto. 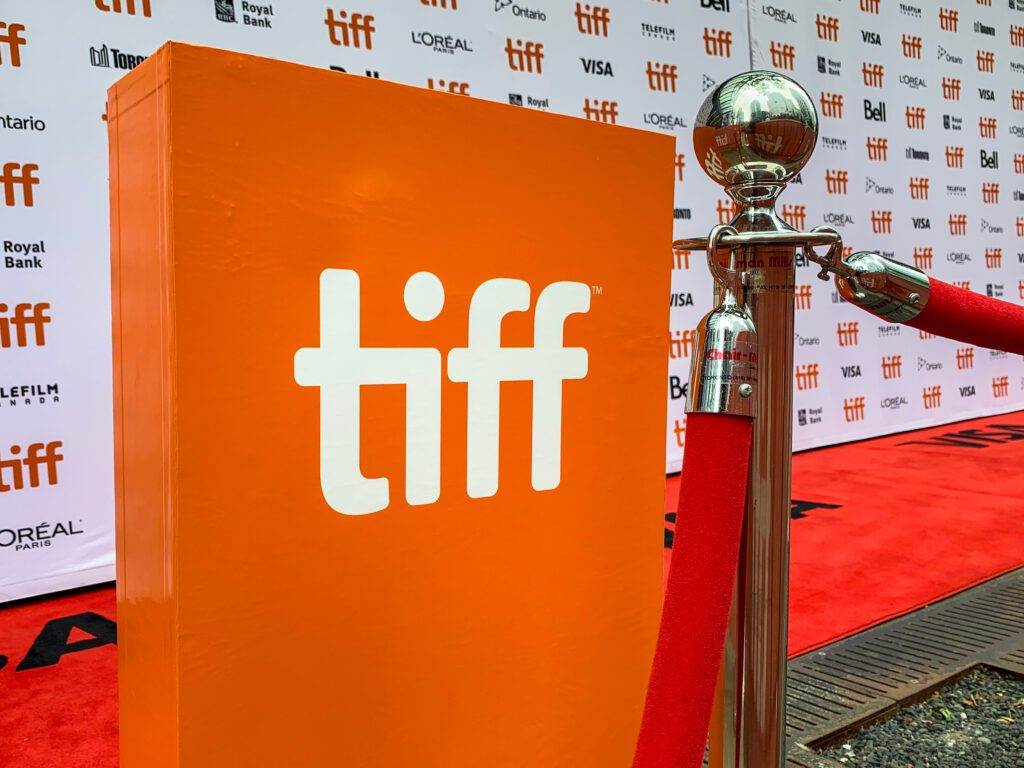 TIFF also organizes an Award ceremony, with People’s Choice Awards being the major prize. It is awarded based on the highest ratings voted upon by the majority. Other notable juried awards include Best Canadian Film, Best Canadian Short Film, and Best Canadian First Feature Film. Film screening of various Canadian films is divided into 14 sections, according to the films’ genres, directors, time, format, etc.

Binge watcher or not, TIFF brings out the film enthusiast in everyone with its unique exhibition, galleries, interactive activities, and a gala of entertainment through cinema.

This 10-day festival, among other festivals in Toronto, brings together renowned celebrities, filmmakers, and fans as they celebrate cinema, the cinematic universe, and the joy it carries. Talks are still on that the festival will be held from the 10th of September to – 19th of September and would mostly be held digitally.

You might want to keep an eye on other film festivals in Toronto would be Reel Asian Film Festival, Female Eye Film Festival, and Cinefranco, among others.

One of the first of its kind, Doors Open Toronto is a free annual event that observes and brings out the city’s architectural beauty. Close to 150 architectural buildings, museums, and theaters of significance open their doors to visitors from all over the world. These festivals in Toronto honors the legacy of Toronto’s historical, cultural, social, and traditional influences. Some remarkable structures include Mackenzie House, Canadian Broadcasting Centre, Toronto City Hall, Victoria College, MaRS Centre, Aga Khan Museum, Alumnae Theater, and Museum of Inuit Art. 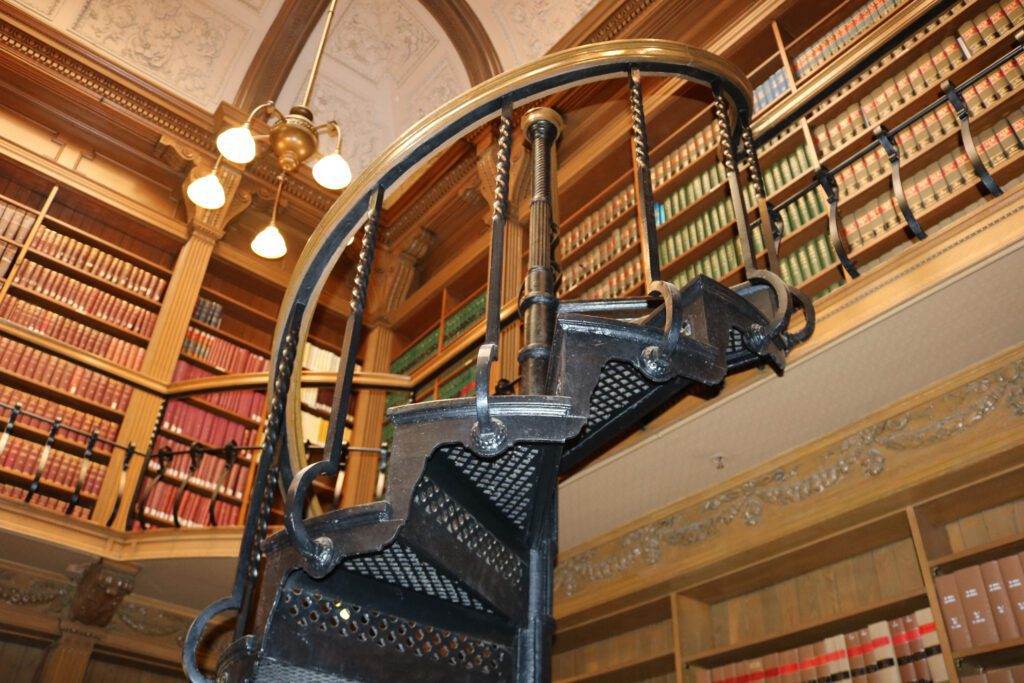 Every monument and historical structure comes with its own story. If you keep Toronto’s young and wild side aside, the city has many attractions of significance to offer. Seeing how it is open for only 2 days in the entire year, locals and tourists mark the dates of this event on their calendars. You should, too!

A unique event indeed, Doors Open Toronto, is held on the weekend of May.

If you plan on visiting Canada during summers, make sure you do not miss out on one of the best festivals in Toronto, showcasing the city’s magnificent structures.

We have seen music, dance film, theater, and cultural festivals in Toronto. Bringing to life the city’s art and aesthetic beauty is the Luminato Festival. The 17-day art festival encompasses a series of acts that showcase culture, history, and literature in artwork, sculpture, operas, contemporary folk dances, orchestra, and theatre. Different performing arts venues all over the city like Hearn Generating Station, Bluma Appel Theatre, Koerner Hall, and Artport Gallery schedule these acts. 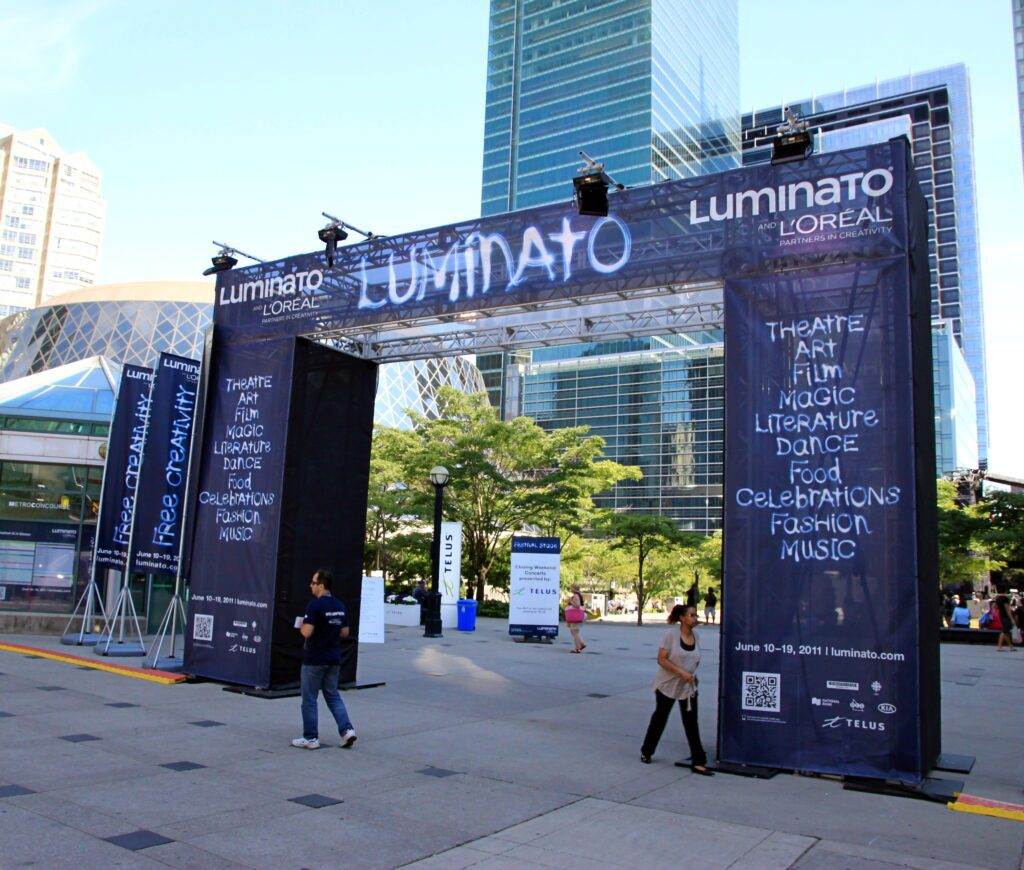 Keeping in mind the ongoing pandemic, a virtual festival was organized through digital platforms, from 11th to the 13th of June, 2020. You can find Festival guides of previous years on the official website to get an insight into one of the most magnificent festivals in Toronto. The guides give a detailed description of the acts exhibited, and the significance of each.

One of the prime destinations for art festivals, especially during spring, Toronto hosts the Comic Arts Festival, an inspiration to budding comic artists and interactive activities for all comic lovers – and a lot more than any other Comic-Con you have seen. Other notable art events include Spur Toronto and the Redux Festival.

Everybody fancies a little humor to get that push in our lives. If we are on the same page, do not miss out on Toronto’s most prominent comic event – the Just for Laughs Festival. The fest invites some of the comedy and entertainment field’s biggest names, attracting more than 70,000 viewers every year.

Well-admired comics like Trevor Noah, Chris D’Elia, Seth Meyers, Tig Notaro, Margaret Cho, and Hasan Minhaj take over the lineup and have the crowd on their knees with their nonpareil jargons and top-class humor. Several podcasts, namely The Dana Gould Hour, The Todd Barry podcast, The Dork Forest Podcast, and Harmontown, enter the scene to air this unique international comedy festival along with exclusive interviews and talk-shows with the comics for their listeners.

JFL serves as a platform for young and rising comics to base their talent and experiment with their comedy and kind of audience. The festival also gives spectators and fans to go one-on-one with the participating comedians. Time to grab your chance and meet your favorite national and international comics!

Initially scheduled for mid-September this year, JFL canceled its 2020 ComedyCon to maintain safety guidelines. The fest has been postponed to the 23rd of September – the 3rd of October, 2021.

Going on and steady for close to 35 years today, the Pride Toronto Festival unwraps the city’s gay culture. Pride Toronto, a not-for-profit organization, organizes this mass event to celebrate the beauty of who we are. One of the most-awaited festivals in Toronto, Pride Parade, brings people of the LGBTQ+ community on the streets, with Pride Flags delivering equality and freedom for everyone well. The event aims to remind everyone that they are loved and respected for the choices they make and that no form of love is a crime.

People of Toronto come together and reminisce love. The event presents itself with colors, lights, fun activities, mini-concerts, and DJ shows, as the queer community dance on the streets and carouse to the gay essence of Toronto. The pride march takes place along Yonge Street, Gerrard Street, and Bloor Street of the city. 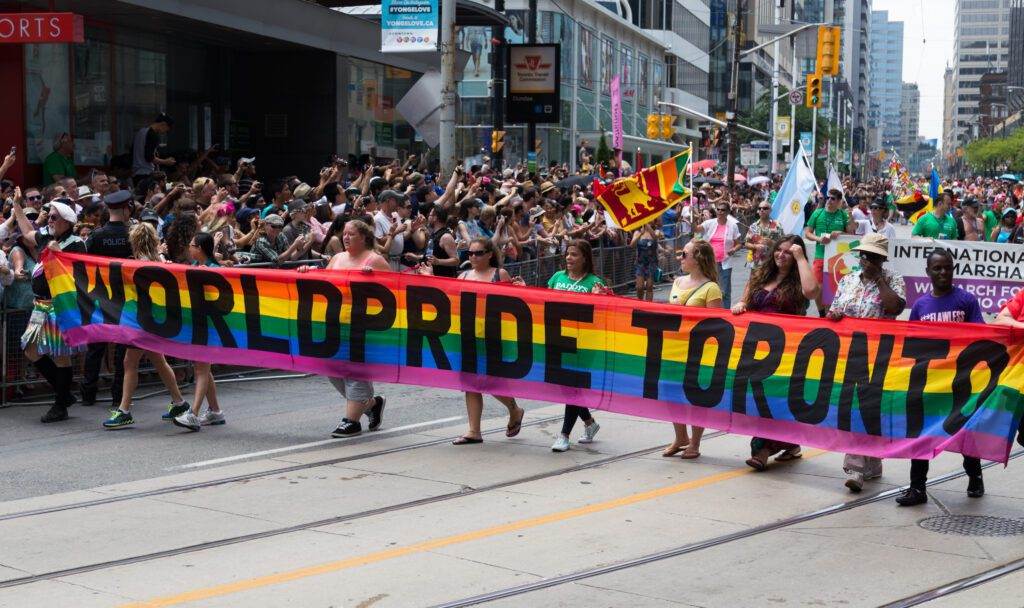 Join in, as the city walks with pride, draped in rainbow colors. The organization allows everyone to take part as volunteers and participants to ensure the smooth running of the entire event.

Pride Toronto is held throughout the Pride Month of June. 2020 observed a Virtual Pride Parade on the 28th of June, supporting the Black Lives Matter protests against racism.

One of the most distinctive festivals in Toronto, Nuit Blanche, is an overnight event accentuating art and giving art-forms life. Launched in 2006, it highlights contemporary art across Toronto from sunset to sunrise – 7 p.m. to 7 a.m. This one-night extravaganza is a treat to our eyes.

Artists from across the globe fly to Toronto to transform the city into a magical locus of art. Visitors and artists take to the streets to not groove to tunes but watch the city turn into a colorful village embedded with magnificent art installations. From the cinema to the performing arts, this unique art festival in Toronto encompasses all.

Nuit Blanche follows a curated theme every year. The city has seen over 1,300 art installations to date, with over 90 projects in 2019 alone. Public institutions and structures are turned into art galleries to serve the exhibition’s purpose and showcasing the projects. A few participating institutions are Aga Khan Museum, Toronto Biennial of Art, Royal Ontario Museum, The Drake, Toronto’s Sculpture Garden, The Power Plant, and many others. Visitors flock around these structures to witness the beauty of art and craft.

Get a short glimpse of what Nuit Blanche 2019 (festivals in Toronto) looked like!

The 12-hour long festival is scheduled for the 3rd and 4th of October 2020. Nuit Blanche is that event of the year everyone awaits.

Though not in the list of top festivals in Toronto, the Toronto Fringe Festival is one of the best digital fests you could be a part of. Over 50 companies take part in this fest to showcase and present their work.

There are many more than just 9 festivals in Toronto that you need to keep an eye on. After-parties are organized after all events in the city that never sleeps. There are unlimited opportunities for you to enjoy, entertain yourself, and get a taste of this energetic city.

Toronto highlights its diversity with its regional festivals, the Ukrainian Festival, Festival of India, Taste of Manila, and the South Asian Food Festival are few of the best local festivals in Toronto.

Among other festivals in Toronto, you can observe Canada’s beer culture in Toronto’s Festival of Beer and the Craft Beer Festival. People of Toronto give significance to the country’s staple dish in the form of Poutine Week. Discover and explore different Canadian and international cuisines in the Winterlicious and Tastemaker Toronto food festivals held for two weeks straight in January.

Along with cultural festivals in Toronto, you also have a plethora of outdoor activities to look forward to, low-cost travel packages during the festive season, and, of course, shopping discounts!

Now, in the lines of Ellie Goulding’s song, what are you waiting for?

Let us know about other festivals in Toronto that you think we must include in our list.