Mount Logan in Canada is one of the best places in the country to polish your ski mountaineering skills. It is the highest mountain in Canada, and if you wanted to touch the sky in the Great White North, then this would be the place to stand on.

Mount Logan is isolated, but climbing it on skis is an experience that you will never forget. Read on to find out everything that you need to know about ski mountaineering on Mount Logan.

Ski Mountaineering is one of the best and most exciting things to do during any time of the year in Canada. A lot of people take to the mountains during the summers, or the winters to have a snowy vacation. The experience is extremely fun and rewarding, although it is a little physically demanding. 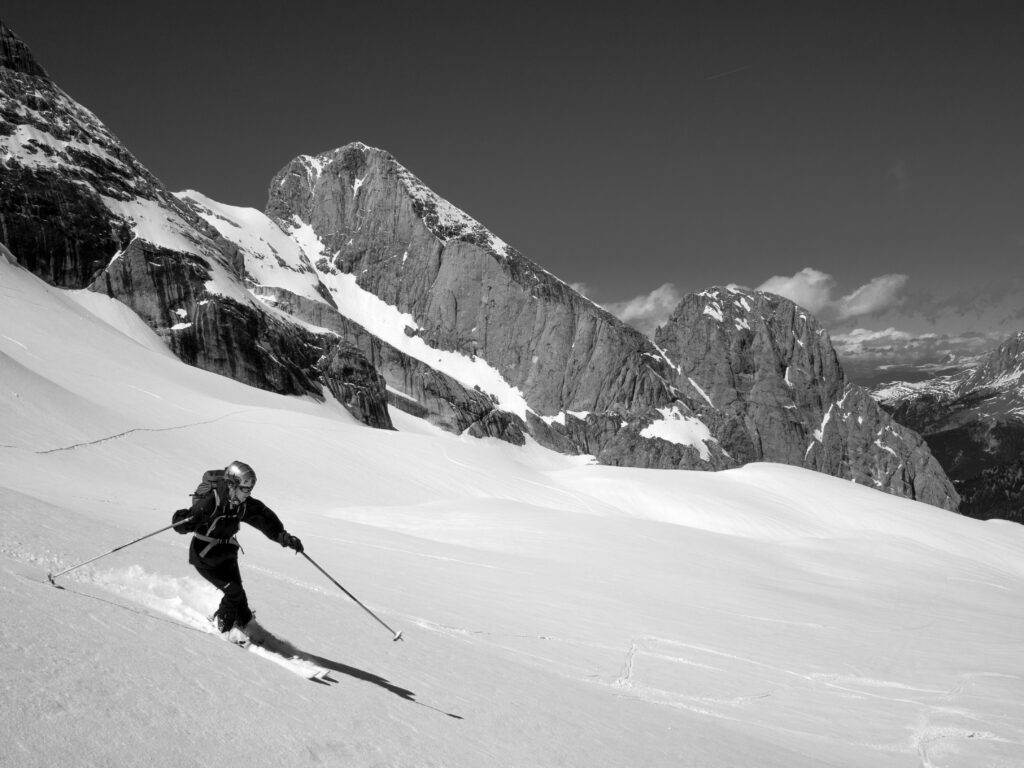 Photo by Giacomo Berardi on Unsplash

Mount Logan stands at a massive height of 5,959 meters (19,551 feet) which makes it the highest mountain in the Great White North. It is recognized as the second-largest peak in the continent of North America after Denali (formerly known as Mount McKinley), located in Denali National Park and Preserve in Alaska. Denali has a height of 6,190 meters (20,310 feet) above sea level.

With all that said, let’s look at all the things that you must know about Mount Logan before you pack your skis and attempt to conquer this giant landform.

4 Facts That You Must Know About Mount Logan:

Mount Logan is located in the Kluane National Park Reserve in Yukon, Canada. Yukon is the smallest of the three Canadian territories. It is the westernmost territory of Canada and is bordered by Alaska on the west. The province of British Colombia borders it towards the south. The territory of Yukon has a rather small coastline, overlooking the Beaufort Sea on the north.

Yukon is named after the Yukon River, which is the longest river running through the territory, as well as Alaska. The river starts its course from the south in British Colombia. It empties its waters into the Bering Sea in Alaska.

Algkalv and Dr. Blofeld based on original by Yug. Inset is File:Yukon, Canada.svg by EOZyo. Two maps put together by Ruhrfisch (talk) 14:55, 8 September 2010 (UTC), CC BY-SA 3.0, via Wikimedia Commons

The territory has a simple tourism motto, “Larger than life”. The Kluane National Park, which is home to Mount Logan, is maintained by the Government of Canada’s Parks Canada agency. The mountain is a part of the St. Elias Mountains located in the south-western part of Yukon. You can find the mountains at a distance of about 40 kilometers (25 miles) from the Yukon-Alaska border.

To the disappointment of those who love to travel on their feet, it is rather difficult to get to Mount Logan walking. That is because the mountain is surrounded by some of the largest glaciers in the world. Adding to the difficulty, it is about 140 km from the nearest good road. That sort of distance is simply too much to travel on your feet for anybody!

Bordering the state of Alaska, it is an easy guess that the climate around Mount Logan is cold throughout the year. However, heatwaves occur mostly in June. The highest temperature recorded is 36 degrees Celsius. However, that is a rare case.

Even at the base level, the temperature drops to a -30 overnight, so it is essential that people who come to visit Mount Logan come with extra layers of woolens and lookup methods of keeping warm even in the extremely cold conditions.

Since the mountain range is relatively close to the Gulf of Alaska to the south, the temperature is influenced quite a bit by the water body. The climate is believed to be a mixture of maritime climate, adding to the cold temperatures around the arctic.

As scary as the numbers might seem, it will surprise you to know that the temperature around Mount Logan is considered mild in winter, in comparison to the arctic temperature in the north. Snowstorms and cold winds are common, even from March to June when the “summer” season is around.

Mount Logan is by no means, one for a beginner. It is highly recommended that you have prior experience in camping outdoors during winter, if not in a mountain range. Also, you must be an intermediate downhill skier at the very least to fully enjoy the thrill of ski mountaineering here.

With places like Mount Everest, you can have the local Sherpa’s help in carrying the overnight bags and the skis. However, you won’t have that luxury at Mount Logan. The climb requires that you carry your overnight bags and skis, which can be a bit challenging given the extreme weather conditions and the weight of the luggage.

Since ski mountaineering is something that should be done in groups, for a lot of very good reasons. Hence, at times you might be required to carry the group luggage as well.

Photo by Courtney Kenady on Unsplash

You should make it a point to have an in-depth conversation with your guide and the organizing company about your goals and the extent of the ski-mountaineering program. Here’s a list of the things that you should get while attempting to climb the mountain.

The area is extremely isolated, so be sure to stack up on all essentials that will last a lot of days. The entire trip can take around 20 days, including the ascent and the descent. Be sure to test your physical fitness and hit the gym if you feel like you’re a bit out of shape. It is essential that you’re physically fit and sharp during the climb up and down.

If you’re unsure about what to do, then focus on cardio training and lift weights as well, because the load that you’ll be carrying up and down the mountain is generally quite heavy. If you want more practical training to improve your legs and lungs, then you should seriously consider hiking up a steep hill, running up and down the stairs in a stadium with a heavy backpack or simply taking the stairs whenever you have the chance to.

People with respiratory problems are advised to not take the risk of climbing up the mountain as the conditions become way too risky to ensure safety. The air is very thin and cold, and the increased closeness of the sun can cause a lot of unwanted reactions in people. This is where protective gear becomes very important for people who are fit to go for the trip.

The remote reaches of Mount Logan are only accessible by air. The easiest way to climb the mountain is through the King Trench route. You won’t be starting at the very base of the mountain, which is where the airdrop comes in handy. The plane drops you off at a particular height which varies depending on who organizes your trip, and then it’s all the way upwards to the top.

Although the climb is not “very” technical when it compares to the people who know exactly what they’re getting themselves into, it is still advised that you have some prior experience in the tough environment before engaging yourself into the thrill of the mountain climb. Basic glacier roping is the technique used by the organizing party to ensure the safety of the group. 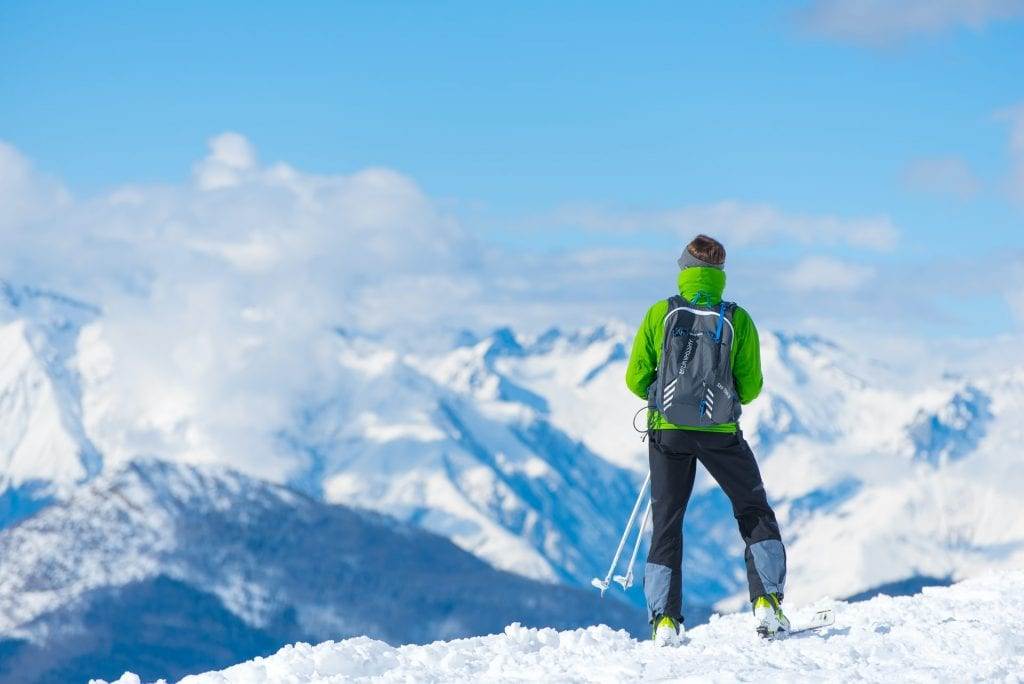 Photo by asoggetti on Unsplash

Using snowshoes on a ski mountaineering climb is quite often frowned upon, but for beginners, some planning companies can make an exception and organize a separate rope tying the team together. All that said, there is a very good reason why skis are preferred.

And that is simply because the skis make the climb a lot easier than snowshoes do. Sliding over the snow takes up less of your energy and hence, is a lot more efficient than having to take one step at a time while sinking your legs in the snow. If you’re someone who needs to brush up on your backcountry skiing skills, then you should consider doing so for the convenience of the trip.

The snow is usually quite level and the march up to King Col is a very pleasant and gentle one, without much hassle, if the weather is favorable. The route is rather long, but it won’t make a difference if you’re used to traveling long distances. Do head over to the organizers’ website or contact your travel agent for details and pricing.

It has almost been an entire century since Mount Logan was first conquered by the group consisting of Albert H. MacCarthy (leader), H.F. Lambart, Allen Carpé, W.W. Foster, Norman H. Read, and Andy Taylor. They were sent by the Alpine Club of Canada. Since then, there have been plenty of attempts at conquering the climb of Mount Logan, and a lot of people have succeeded in the task as well.

If you want a breathtaking experience, then the climb of Mount Logan is the one for you to try.

Read more about the other amazing things that Canada has to offer right here.