Want to know about some unique Polish Festivals?

Poland is the country located in central Europe. There are 16 administrative subdivisions. It has a population of 38.5 million people. The history of Poland spans thousands of years.

The country is extremely diverse, with various cultures and tribes living together. However, western Polish dominated the place and named it Poland. At the end of the 18th century, the country regained its independence. In this article, we will discuss the polish festival in detail.

There are 13 annual government-approved holidays, which include New Year, Three Kings Day, Easter Sunday and Monday, Constitution Day, Independence Day, and Christmas. However, there are other festivals and traditions, which are unfound anywhere else in this world. Christmas Eve is not an official holiday. However, it is the most awaited day of the entire year. Trees and decorated and gifts are shared.

There is another widely popular doughnut, and sweet pastry feast takes place on Fat Thursday. The Fat Thursday is 52 days before the Easter day. They also celebrate Easter. The decorated eggs are located under the decorated baskets. However, due to the pandemic, there might be some changes to the event.

On saint’s day, the family members visit the grave of the deceased. At this festival, they clean the deceased tombstone. They also lit up the candles out of respect. These are some of the Polish festivals. Let us discuss other polish festivals in detail. 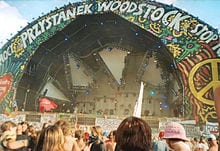 The festival starts at the end of July or the start of August. It is celebrated at Kostryn nad Odra, which is near Frankfurt Oder and Gorzow Wielkopolski.

It is an entirely free music festival. This polish festival is done near the German border. The popular music bands that have performed in Woodstock include IRA, Papa Roach, The prodigy, and Kaiser Chiefs.

The Great Orchestra of Christmas is a polish charity, which funds this festival. You can also donate. Click here to visit the official website of the festival.

The celebration of this polish festival starts in early July at Poznan, Rogozno, Pila, Zlotow, Chodziez and Zakrzewo.

This is yet another unique festival. It is all about trains and traveling to unknown towns. The blue express is free for all celebrations and has seven different venues. It is a one-day festival that starts at noon and finishes after Saturday midnight. The venues of the festival vary every year.

Each venue has a stage for music performance. Food and drinks are also available. There is also plenty of room to dance, sing and party. Fans from all over Europe join this extravaganza festival.

Each town organizes its event, and a set of bands participate for each venue. Sometimes these bands keep on playing even after the train has left. The grand finale of the festival takes place at Zakrzewo. Click here to visit the official website of this polish festival. 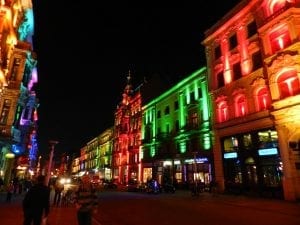 The celebration of this polish festival starts in October at Piotrkowska. This is a spectacular festival of lights. Also known as ‘The Festival of Kinetic Art of Light.’ The festival attracts more than 500,000 people every year.

It is located in Piotrkowska Street, which is the largest street shopping street in Europe. The celebration of this polish festival can be seen in all the nearby streets, bars, cafes, restaurants, etc.

This festival has recently started. To be precise in 2006. This festival aims to show the tourist and local people the magic of light. To give the viewer a chance to find out how lights can enrich the public areas.

It is a three-day-long extravaganza festival of lights. It also involves a lot of drinking, food, dancing, and singing. It makes the entire evening alive. It has the aim to enhance cultural identity and induces community spirit. It is the most extravaganza polish festival.

Juwenalia is an annual holiday for higher education students in Poland. The celebration of this festival starts in summer, before the exams. All colleges in Poland celebrate this festival. The festival may have a different name, depending on different regions. Students in colorful dresses join a parade.

The participated student march from the college campus to the town square. Here a symbolic gesture takes place. The mayor of the town hand town’s gate keys to the student. This gesture indicates that there would be no lectures until the next three days. Lots of parties and beer drinking follow the three days. It is the best Polish festival for students. 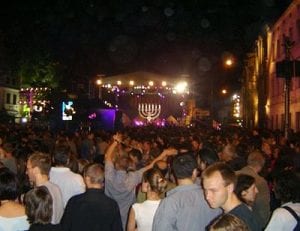 Festival of Jewish culture held in Warsaw (Capital of Poland). The festival is celebrated since 2004. Hebrew and Yiddish both commemorate the festival. The festival includes theatre, dance, films, music, exhibits, etc.

With buildings and atmosphere, they try to recreate the Jewish culture during the time interwar in Poland. It includes kosher food, dancing, crafts, ceramics, discussion group, and many more.

The organizer of the festival is the Shalom Foundation. The main aim of the foundation is to promote Jewish culture in Poland. 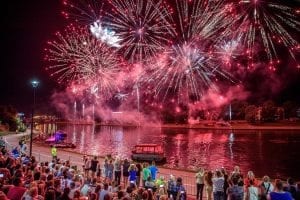 Polish people celebrate Winaki since 1992, held every year at Krakow city hall. Polish celebrate this festival every year as a pagan religious event. We can trace the origin of the festival back to before Christ era.

Back in time is it believed the festival begin to celebrate the summer solstice. The rituals include fortune-telling, couples wandering together, and jumping over bonfires. However, today there are some changes. The activities of the festival also include musical concerts, fireworks in the sky, etc. 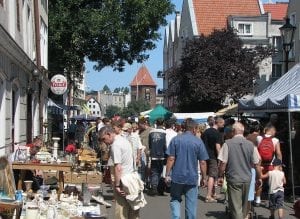 The history of this festival goes back to 1260. It is more than 750 years of tradition. Pope Alexander IV established the tradition. The reactivation of the festival being in 1972. The saint Dominic’s fair lasts up to 3 weeks.

It is the biggest open-air festival/fair in Europe. About 1000 merchants and artists participate in this fair every year. About 70,000 people visit the fair every day. The number of visitors doubles at the weekend.

The festivals symbolize the medieval tradition of trade and fun. You will have the opportunity to taste traditional Polish dishes as well. You can find stalls of unique artifacts, philatelic collection, handicrafts, expensive clothes, antiques, etc.

The visitors are not only from Poland but also from Sweden, Austria, Germany, Lithuania, Israel, and many more. Even merchants come from a different country; hence, you can find distinct artifacts that belong to their culture. The festivals also include street parades, sports events, fireworks, concerts, and much more. This is one of the best Polish festivals.

It is a polish wine festival. Polish citizens celebrate this festival every year at Zielona Gora. The festival begins to celebrate the grape harvest. The harvested grape was utilized for making wine.

The festival first began in October 1982. However, now it is celebrated in the first or second week of September. The festival held on Saturday; it starts with a parade from the center of the town. It is a nine-day long festival.

There are many sport and folklore events. There are theatre meetings and musical concerts as well. The center of the town becomes a prominent market place. Besides, there is an entire street, which is becoming a selling and buying a home of antiques.

On 26th December, St Stephen’s day celebration held in Poland; is the second day of Christmas, and it is a public holiday. Saint Stephen is the first martyr of Christianity. He was stoned to death, accusing him of blasphemy.

The festival remains for ten to thirteen days. People attend church and do horseback riding. This ritual is mainly done for getting horse blessing. Some people also carry stoning drinking rituals. 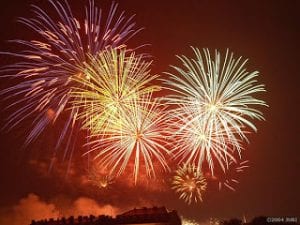 Just like the rest of the world, the New Year eve is celebrated with lots of enthusiasm. People come together and organize events. There are lots of house parties, dancing, music, food and much more.

The biggest open-air New Year party of Poland held at the Rynekglowny arena at Krakow. There are beautiful lighting and laser shows.

Another thing that makes Poland best for visiting to enjoy the festival is that it has a meager crime rate. The locals are welcoming. The climate of Poland is favorable for tourism. There are many other Polish festivals. However, this article put light on their unique ones.

Do you know any more Polish Festivals? If yes, then do let us know in the comment section below! Share your thoughts with us!