Age Of Consent In Canada: 10 Interesting Facts To Know 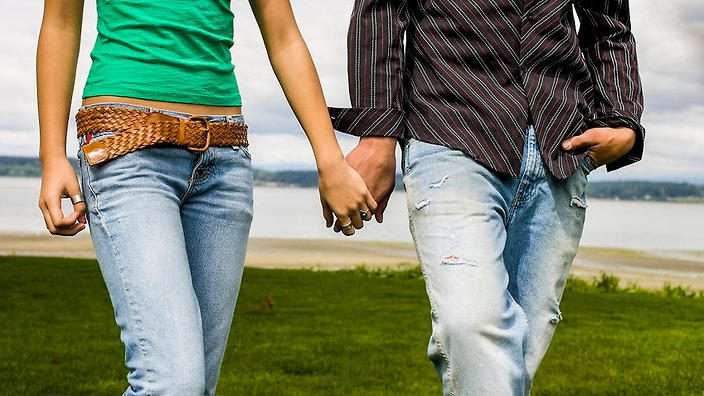 Everything you need to know about the age of consent in Canada is included in the article below.

So before giving out the facts about the age of consent in Canada, let us first know what it means.

The age of consent is the age at which a young person is legally considered capable of consensual sexual activity.

The society we live in today is not the same as it was years ago. With changing times, we need to change the way we look into certain things. Because if things don’t change with changing times, it will ultimately lead to failure. And this is very true, with the way our society is changing we need to make changes in our laws too.

With the pace at which our societal atmosphere is evolving, there are always higher risks of criminal acts. Thereby, it is crucial to set a minimum age of consent to sexual activities.

Sexuality is a major aspect of human life. It revolves around who we are as a person, our vulnerability, sexual orientation, pleasure, and intimacy. But it is important to look beyond that as well. Any sexual activity with a person has to have consent from both the persons involved.

Sexual activity with a person that cannot be legally considered capable of consenting falls under a criminal offense. The underage person is considered a victim of the case. While the involved partner, when found overage, is regarded as the offender by criminal laws.

Setting an age limit to consent to sexual activity means to protect an underage person from sexual exploitation.

In societies years back, consensual sex was just a matter of traditions and customs. Families and their long followed traditions merely decided the age of consent.

Until the 19th century, consent laws’ age was difficult to follow or reform in most areas. Most changes started in the late 19th century to build a better and safe society.

The mindsets of people regarding issues of sex took a shift gradually. People started becoming concerned about their social and legal attitudes.

Laws concerning the age of consent can apply to any form of sexual activity or sexual purpose, including sexual touching, kissing, or sexual intercourse.

To know more details about the age of consent in Canada, please click here!

Why is it important?

The main motive behind having a minimum age of consent is the protection of our youths. And not just protection from sexual abuses but also protection from the mental and physical consequence caused by early sexual activities.

Underage sexual activities can have serious health consequences due to unprotected sexual intercourse, such as risky pregnancy, exposure to HIV, or other sexually transmitted diseases.

Early sexual activities are noted to be mostly out of peer pressure, usually in adolescent girls.

10 interesting facts about the age of consent in Canada

In the year 1892, the Canadian Parliament laid down the criminal code. This was the first such code in the British Empire to be enacted by a self-governing jurisdiction.

This set age bar is the minimum age to consent to nonexploitative sexual activity.

A nonexploitative sexual activity is the one that doesn’t involve:

i) a relationship with the position of authority

ii) or position of trust between the partners.

It also includes the noninvolvement of pornography or prostitution.

A teacher, leader, coach, or any family member falls under persons in a position of authority or trust.

An exception was introduced into this criminal code in the year 1987. It then allowed people of the age group 12 years-14 years for consensual sexual activity.

“Sexual contact with any person who is below fourteen years is strictly forbidden for adults (even if consented).” This statement is in accordance with the new changes made to the Criminal Code in 1987.

The criminal code laid down in 1892 was continued for over 100 years. However, in 1987 some new amendments were made, which were more gender-neutral.

Some new offenses were introduced into the criminal code, known as “sexual interference” and “invitation to sexual touching.” So that no adult can be virtually engaged in any form of sexual acts with a person below 14 years old.

“Laws governing the age of consent to sexual activities were refined in the year 2008”.

Considering the increasing rate of sexual predators in the present time, the Government of Canada passed new legislation in 2008.

The Government of Canada proposed this bill to raise the age of consent from 14 to 16 back in June 2006.

Therefore to protect the youth from sexual exploitation and to fight against it, after over 100 years, the laws were reformed. The new legislation came into force on 1st May 2008.

The new act that was raised in 2008 is a part of the Tackling Violent Crime Act. It is applicable to all forms of sexual activity. This is the first time the age has been raised since 1892.

The 2008 reformed act maintained some exceptions for already existing marriages of teens of 14 or 15 years old to adults. However, the act condemns such marriages in the future.

The 2008 legislation raising the age of consent in Canada came in with a few exceptions.

Under the act reformed in 2008, no person below the age of 16 could give their consent to sexual activities. But there are some close-in-age exceptions for 12 years- 13 years old and 14 or 15.

The close-in-age exceptions under the act are as follows:

i) 12 or 13 years old can consent to sexual activities with a minimum of fewer than two years older.

ii) Adolescents of 14 or 15 years old can give their consent to sexual activity, given that their partner is less than five years older than they are.

“Sixteen or seventeen-year-olds can have consensual sexual activity provided that the other person involved is a minimum fourteen years old.”

So a person who is below 16 years and is in the close in the age group can agree to sexual activities.

But someone below 16 years old has sexual activities with a person older than their peer group. It is then considered a criminal offense.

It doesn’t matter whether the teen agreed or not. Legally their consent is not valid.

“Under specific situations, some consents are considered as not valid.” This means that even if a teen grants their willingness into any sexual activity, their consent would not be considered valid. The conditions are as follows:

i) Minors under 12 years old cannot consent to sexual activities of any form under any situation.

ii) Teenagers under 18 years cannot legally grant permission to sexual activity with anyone who is over 18 years. And who shares a relationship of trust or authority with them.

‘In Canada, the age of consent to exploitative sexual activity is 18 years or above’.

Exploitative sexual activity includes prostitution, pornography, or any situation where there is a relationship of trust, authority, or dependency.

Any person who is 18 or above can be involved in any kind of exploitative sexual activity, whether prostitution or pornography.

However, on November 6, 2014, a new bill, “protection of communities and exploited person act,” was introduced. It received Royal Assent to reform prostitution criminal laws.

Although the age of consent of 18 years was given to exploitative sexual activities, including prostitution, some new laws were introduced. It was made to protect the dignity of all Canadians.

According to this Bill, prostitution is considered a form of sexual exploitation that impacts on women and girls. The bill has main objectives or prospects:

i) Protection to the ones who sell their own sexual services.

ii) To reduce the demand for prostitution as far as possible.

iii) Protection of communities from the harmful effects of prostitution.

Unless it is performed between 18 years or above partners, it is considered a criminal offence or an illegal act.

LGBT communities and LGBT rights organizations have opposed section 159 for a long time. They feel this act is discriminatory towards them and their sexual preferences, and it mostly punishes gay people in particular.

Changes to section 159 of the Criminal Code would mean considering all kinds of sexual activities as the same by law. It simply means people are free to be engaged in anything they want regardless of their gender and preferences.

SUGGESTION BOX: These were some interesting facts about the age of consent in Canada, one should be aware of. If you loved reading this article, here are a few suggested reads on Canada that you will absolutely enjoy.

The age of consent to sexual activity is the same across entire Canada. However, it differs from province to province in matters of access to contraceptives and HIV testing.

Emergency contraceptives are accessible to anyone and everyone without any age restrictions, except for that in Quebec. Additionally, for HIV testing, also the age of consent differs in the different provinces.

And it is legal in Canada to go for abortion. However, concerning parental consent, there are different rules and regulations in each province.

A person is considered guilty for sexual interference under the following cases:

i) sexual contact or any direct or indirect touching for any sexual purpose to a below sixteen-year person.

ii) indecent contact with a person below sixteen years via any object.

iii) invitation to a person below sixteen years for any sexual purpose.

Under these cases, a person is considered guilty and is accountable for imprisonment for a minimum of 10 years.

The age of consent to any sexual activity is the same for both males and females. And it is vital to be the same, as the age of consent reflects the maturity of an adolescent in wise decision-making. It should be applied to every person regardless of their gender, sexual orientation, and preferences.

Let us know your views on these 10 facts about Canada’s age of consent over the comment section below.