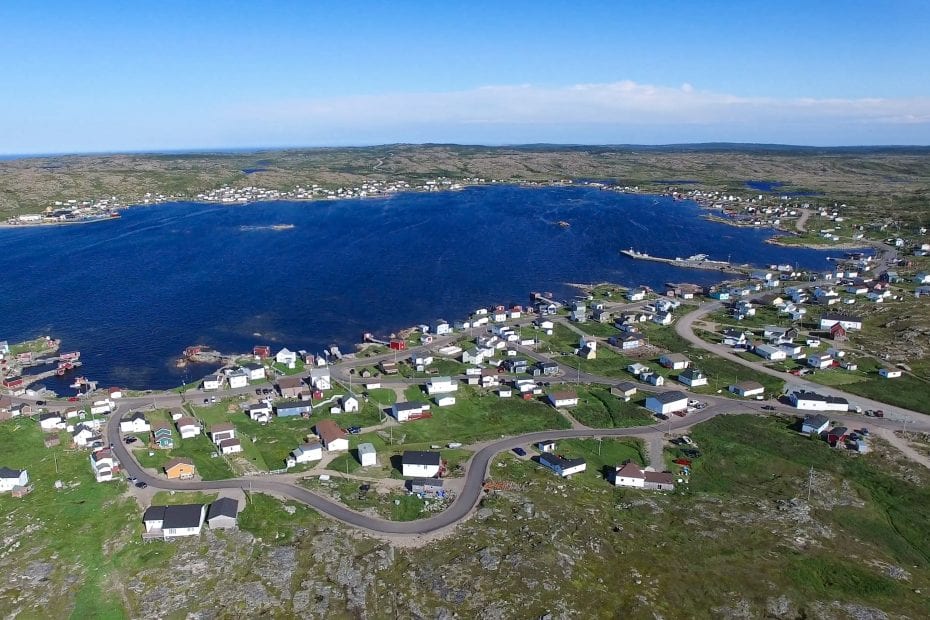 Spread over an area of 237.71 km, Fogo Island is the largest offshore island of Newfoundland and Labrador, Canada. It is located on the northwest of Musgrave Harbour across Hamilton Sound, northeast coast of Newfoundland and east of the Change Islands. The island is home to about 2,224 people, according to the 2016 census.

Although the migratory French fisherman visited the Fogo island as early in the 16th century, the first permanent settlement on the island was only around the 18th century. The Fogo harbor and tilting harbor were among the first settlements of the island.

Since the first inhabitants of the island were Irish and English, they retained traces to both the Old Irish and Elizabethan English dialects, both of which can be heard on the island to date. Though several ancient folk customs from both Ireland and England were celebrated in Fogo Island earlier, this practice has been on a gradual decline of late.

Due to its history, local wildlife, and several other spectacular attractions, Fogo Island attracts several tourists every year. Read further to know some of the best attractions of Fogo Island that simply cannot be missed!

So, Where Should You Go?

Now, that you have made up your mind to visit the majestic Fogo Island (Newfoundland), where should you begin your trip? Well,  do not worry, for we have your itinerary well prepared. From the hiking sites to breathtaking museums, Fogo Island will surely blow your mind away! 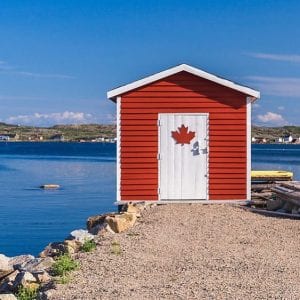 Previously incorporated as a town, Joe Batt’s Arm became a part of the Town of Fogo Island due to an amalgamation in the year 2011. The largest out of the eleven communities of Fogo Island, Joe Batt’s Arm, is home to about a thousand people. The community, according to various legends, is named after a crew member of Captain James Cook.

The crew member is believed to jump off the ship to settle in the region. It is understood that he deserted Cook in 1763 when surveying work had brought them to Gander Bay. He then marched towards Fogo Island and made the place his home till his death.

An ‘Arm’ during the old days was used to refer to any settlement that was wrapped around an inlet. Since the people of this arm were very fond of Joe Batt, they decided to name this particular arm after him.

Joe Batt’s Arm does not just have an interesting history; rather, it has a lot of other attractions to offer! Are you a nature enthusiast? Well , then you must certainly not miss this place.

Joe Batt’s Point walking trail is spread over 4.6 km and is certainly an adventure! You would be greeted by a witch’s footprint at the very beginning of your stroll. It is believed that the witch left the footprints behind while being chased by torches – and -pitchfork mob.

As you proceed, you will get to witness some of the most beautiful gardens. A spectacular statue of now the extinct flightless bird- Great Auk, and finally, you get to see the stunning Long studio. Todd Saunders designed the studio in the year 2010.

The shortest foundation and the Fogo Island corporation had commissioned Saunders to create six artist studios in various Fogo Island locations. The organization is not only motivated to preserve the traditions and the customs of Fogo Island but also aims to rejuvenate the island through culture and art.

Well, Joe Batt’s point walking trail is not the only trail in Fogo Island. The Turpin’s Hiking trail located in the town of Tilting lets you explore the Coastal barrens of Fogo Islands and will undoubtedly blow your mind! The trail is about 7.2 km long and starts and ends at the Lane House Museum, which is a perfect setting for swimming and sunbathing.

But this is not it! The Brimstone Head Hiking trail in Fogo Island is a delight for nature lovers for sure! The trail is a wonderful place to spend time with your family. You get to witness the spectacular sunset, which makes the entire experience even more worthwhile!

The Canada Flat Earth society claims that the Brimstone Head Hiking trail is one of the four corners of Earth.

Finally, do not miss the spectacular Brett House Museum, built by John Brett around 1870 and extended by his son Charles. The architecture of British homes heavily inspires it as Charles spent time in England during the first world war. Amazingly enough, the scalloped shingles on the outside of the museum are all handcrafted by Charles!

Matilda, Charles’s wife, was a gifted craftswoman and her hooked mats are still on display in the museum. The interior and the exterior of the house is still in an immaculate condition.

GIVE A READ TO THIS INTERESTING ARTICLE TOO: 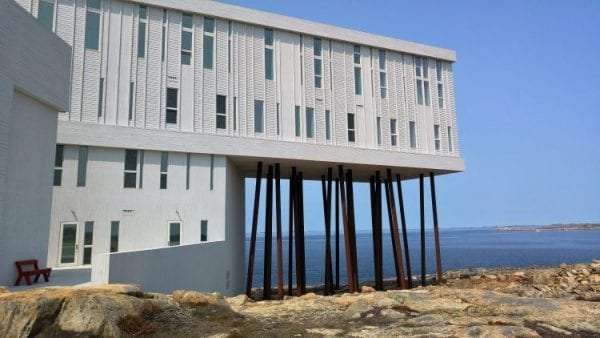 The Fogo Island Gallery, located in the Fogo Island inn, is a 1200 square feet purpose-built space. The gallery displays the works of the artists and curators participating in the Fogo Island Arts international residency program. The Inn has a contemporary ‘white cube’ art gallery on the first floor.

With several great hotels and restaurants in its vicinity, the Fogo Island gallery should certainly be a part of your itinerary! 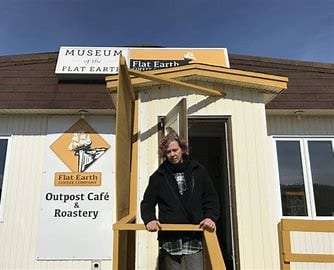 The museum was inaugurated in May 2016 by Dr. Iris Taylor and Kay Burns. It offers a varied educational outreach program that works not only with the local communities but also with visiting researchers, writers, and creative practitioners.

The museum is based in a small building in Shoal Bay, which has a coffee bar along with a Museum shop that sells unique flat earth items. The museum also has the objects excavated at Brimstone Head as part of its collection.

The main idea behind the museum is to build up critical thinking, make people question things that they have taken for granted, question the sources/evidence behind the information, and, most importantly, challenge junk science. Do not miss this museum on your visit to Fogo Island. 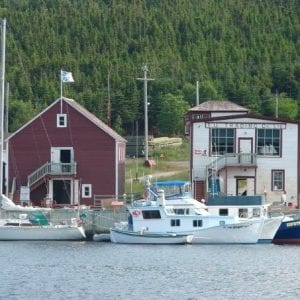 Want to go back in time? Well, this is the place you must not miss for sure!

The Fogo Island Marine Interpretation Centre is the collection of heritage sites showcasing the town’s past. And when you are done touring the Marine center and the Cod liver oil factory, you can take a moment to enjoy the picnic area by the water. The place should surely cut off your to visit places in Fogo Island!

The Bleak House Museum is home to some of the most influential and powerful people in Fogo Island. The museum represents the difference between the fishing class and the merchant class from a century ago. The museum was built in the year in 1816 for local merchant John Slade.

In December 1985, it was made a Registered Heritage Structure by the Heritage Foundation of Newfoundland and Labrador. It thus became the first building that was restored under the foundation’s restoration Programme. The museum was made open for the general public in 1988.

Do visit the museum during your visit to Fogo Island! 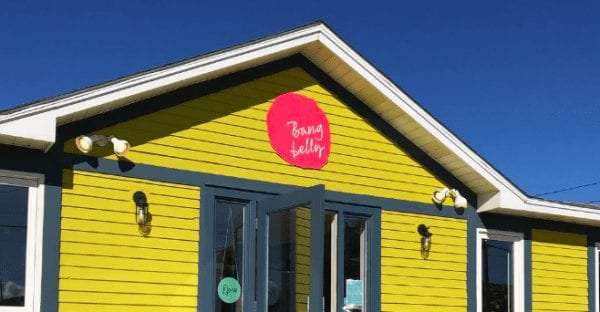 Well, all the touring will surely make you hungry! Don’t worry. The Bang Belly cafe is the perfect place to treat your taste buds! The restaurants have a welcoming and inviting ambiance and will surely not disappoint you.

Since the owners of the cafe are environmentally conscious, they not only ethically source their coffee but use only local products. The menu is ever-changing and features the in-season local fresh ingredients.

So, once you are tired and need a place just to relax, this is the place that you should come to!

Wondering where to stay during your visit to the spell bounding island? Well, We believe that you should bet your money on the Old Saltbox Co! The hotel is situated on the Ocean and offers a picturesque view of the Atlantic and the mighty Brimstone head from the signature wall of windows.

The hotel is ideally located and is close to not only the hiking sites but shopping stores too! The Old saltbox should be your choice when visiting Fogo Island.

Fogo Island can surely be called Canada’s best-kept secret! From the hiking sites to the spectacular museums, the place certainly has a lot to offer! Fogo Island promises to drive away your weekend blues for sure.