Are you planning a visit to Parks in Canada?

Canada, the world’s second-largest country, called The Great White North, provides boundless experiences. Starting from the vibrant cities and lively festivals to the most scenic parks in Canada. The country has a lot to offer.

Being home to 38 national parks, Canada has always been known as a hub for its recreational parks, natural habitats, wildlife, flora, hiking, lighthouses, culture, sceneries, adventure sports, and other outdoor pursuits.

So if you’re looking for a natural escape amid the bustling country, this article about Parks Canada got you covered.

National parks offer you a getaway from the city’s hustle and bustle. They allow you to learn about the country’s natural, cultural, and historical heritage. All of Parks Canada takes you on a trip to the past and unfold their exciting stories.

We have curated a list of 10 of the best parks in Canada that you must visit.

One of the most fascinating Parks in Canada. Located on Baffin Island, Auyuittuq means ” the land that never melts” in Inuktitut. Doing justice to its name, The park lies in the majestic arctic circle.

A long mountain pass, Akshayuk pass, lies within the park. The pass follows two rivers, Weasel and Owl, along Summit Lake, which is supposed to be the highest point on the pass. It is the most common hiking route among visitors.

Both the vegetation and wildlife are scarce within the park due to the harsh climatic conditions. Plants in Autuittuq park grow in clumps to create a warmer microenvironment for their survival.

Reaching the park is a bit difficult as there is no road connectivity in Nunavut.

Of all the parks in Canada, Bruce peninsula national park has the most dramatic landscape.

Bruce peninsula national park is an extension of Niagara Escarpment, Southern Ontario, Canada. The rock of escarpment is around 400 million years old.

Geologists stated that the escarpment would have looked like Australia’s Great Barrier Reef.

The park offers several hikes for different levels of hikers that you would love to discover. The Cyprus Lake Trail, Georgian Bay, Marr Lake Trail, Horse Lake Trail, or Singing Sands. Few of the trains terminate at the viewpoint.

If you’re a bouldering fanatic, you are in the right place. You can also practice rock climbing at the shoreline borders of the Halfway log dump.

You can also enjoy swimming at Singing Sands Beach with your little ones. Located on the peninsula’s west side, this place is a perfect spot to spend your afternoon under the sun in harmony with nature.

If you are looking for some spectacular topography, This one of Parks Canada has covered you.

Here the mountain merges with the sea, and the river canyons extend to the plateaus encircled by steep forested cliffs, waterfalls, valleys, and whatnot.

Located in Northern Cape Breton Island in Nova Scotia, the Cape Breton Highlands National Park is a must-visit.  It was the first Canadian national park in the Atlantic provinces.

If you’re a beach person, this park is a must-visit for you as it provides a home to five saltwater ocean beaches and two freshwater lakes.

Note: Keep an eye on the ocean currents if you’re bringing kids to the beach.

The park offers 26 hiking trails surrounded by trees, waterfalls, mountains, and beaches. Trails are of all different levels.

The easiest ones are the Bog loop and the Le Buttereau loop. The Warren lake loop and Salmon loops are a few of the difficult trails.

Skyline trail is one of the longest trails in the park, but it’s an easy trail for hiking.

If you enjoy watching birds and their habits, The park will not disappoint you. From owls to bald eagles, you will come across different birds: northern gannets, species of hawk, Bicknell’s thrush, and kestrel.

The best time to visit the park is in late July and August during the summer months.

The park also takes you on a ride of cultural history and activities by local people. It is enshrouded with forest and provides shelter to 700 different plants, mainly found in the Arctic and Alpine environments.

Bird watchers, Wildlife photographers are presented with more than 225 species. The perfect site to discover them is along the cliffs. Read the study here.

Fly to the town of Gaspe and then drive to highway 132. You can easily reach there if you’re in Quebec or Montreal. You can also reach this park by simply training.

It happened to be the birthing ground of Caribou. This park is named after Inuvialuktan, which means “nursery” or “birthplace.”

Ivvavik National park is located in Yukon, Canada. The park extends east to west, aligned to the Arctic coast and the British mountains. The park eventually amalgamates with the Brooks Range, Alaska.

Firth River, Canada’s oldest river, flows through the park. The river drains along the canyon and integrates with the Beaufort sea. You’ll encounter grizzly bears, black bears, and Yukon wolves at the shore.

The park offers various sites of cultural importance to local indigenous people. Every spot has a story to tell.

Named after the city of Revelstoke, Mount Revelstoke National park is located in the Selkirk mountains. The park is relatively small in size to other parks in Canada, but it has a lot to offer.

The park was established in 1914 as an extension of the initiative by the local people of Revelstoke.

Mount Revelstoke National park is one of North America’s first popular ski destinations. Many international competitions were held in the park. The area was later modified into trails and downhills for hiking and biking.

Take a walk through these walkways and enjoy the wilderness of the park. Of all the trails, The meadow on the Sky Parkway is the most famous among the visitors.

The rainforest in the Southwest corner covers the subalpine region and terminates in Wildflower meadows.

The park also has a lot of different walks. These are the Skunk Cabbage and Giant Cedar Boardwalks. The distance between the airport and the park is 199 kilometres. The park can then be driven through the motorway.

Named after the city, of Prince Albert, This is one of the most beautiful parks in Canada. The park is located 81 km north of the city of Saskatchewan, Canada.

Of all the parks in Canada, Prince Albert National Park offers the most outrageous activities. From scenic tours to camping, hiking, swimming, fishing, golfing and picnicking.

The list is endless. The cabin of naturalist and conservationist Grey owl is also in the park.

The park has picnic tables, swimming areas, campfire pits, scenic views, and benches. King Island, Sandy lake, South gate, and Heart lakes are a few of them. Do check them out if you visit the park.

Yes, you can play golf inside the park. The park has an 18-hole golf course. It also hosts a tournament every year.

Rentals are available; personal Watercraft are not allowed. Canoes, kayaks, and sailboats are allowed on all the lakes.

You can access the park through the John G. Diefenbaker International Airport.

One of the smallest National parks of all Parks in Canada, Thousand Islands National park comprises 21 islands, two mainland properties along with many smaller islets, and a visitor centre.

Situated in the thousand islands region of the Saint Lawrence River, it connects the Canadian Shield in Ontario to the Adirondack mountains in New york.

Thousand Islands National park was the first Canadian National park in the east of the Rockies. The park encourages visitors about sustainable lifestyles and is a regional partner in conserving biodiversity.

You can enjoy picnicking, camping, hiking, and many other outdoor activities; also, keep an eye on the incredible fauna, which consists of deer, coyotes, turkey vultures, rabbits, raccoons, and many others.

Various trails are also present in the mainland area of the park. Explore the wilderness in a powerboat in one of Canada’s most attractive National parks.

You can mainly access the park by boat. In Toronto, you can reach the park by train or drive to the gateway, Gananoque.

It is named after the Waterton Lakrocky mountains and boundless prairies surrounding Waterton Lakes National parkies.

The park is bordered by Glacier National Park, Montana, located in the southwest corner of Alberta, Canada.

For its scenic valleys, spectacular topography, unusual climate, high mountain peaks, and rich biodiversity, the park was declared a World Heritage site in 1995.

Although the park is open all year round, the best time to visit the park is in July and August.

As its name suggests, the Yoho National park will amaze you with its magnificent landscape, islands, and high mountain peaks.

Edged by Kootenay National park on the south and Banff National park along the east, The park is located along the western slope of the continental divide of American Southeastern British Columbia.

You can explore more than 13 known mountain peaks inside the park. The highlight is Mount Stephen, the tallest mountain surrounding the field town of British Columbia. Mount Burgen is one of the most frequently climbed mountains.

The scenery there is appealing. You’ll be amazed by a spectacular natural bridge formed by the ‘Kicking horse river’ through solid rock. Also, there are two waterfalls, Takall kaw falls and Wapta falls.

The falls are a great place to relax and enjoy the natural harmony that explores parks in Canada. You can easily reach the park by road. Airport Shuttles from Calgary and Alberta are also available.

Next time you visit Canada, get yourself a relaxing experience in the lap of nature in any of these Canada’s national parks and fill yourself with positive energy.

So, what are you waiting for? Make your getaways with these parks in Canada, memorable today. Types Of US Visas – 5 Best Tips!
Next Article Celebration Of Light – 6 Best Locations To Witness It!
Leave a comment 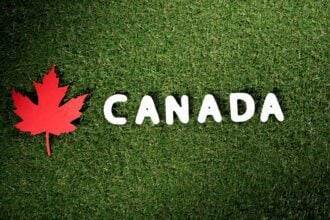