101 Guide on Significance of National Truth and Reconciliation Day 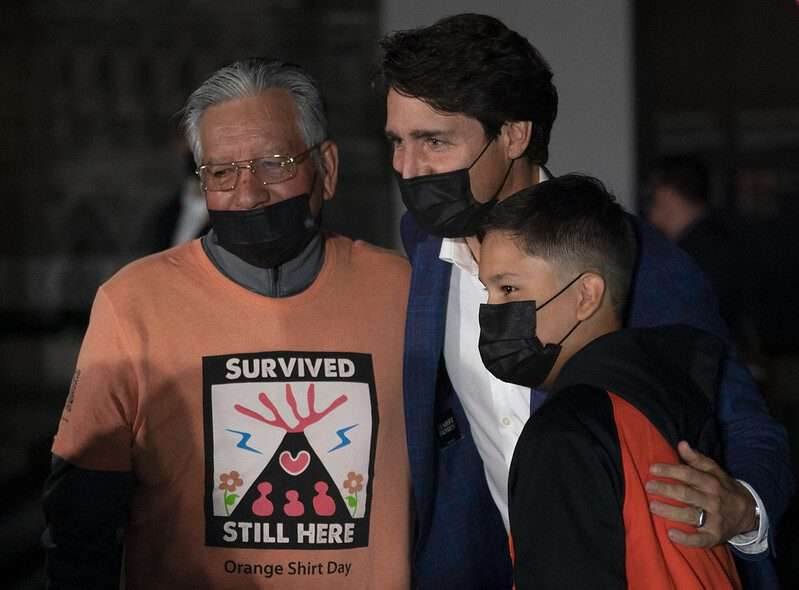 The National Truth and Reconciliation Day, also known as the National Day for Truth and Reconciliation, is a Canadian statutory holiday that recognizes the long-lasting impact of the Canadian Indian Residential School System. The tragic legacy of the school system has been recognized as cultural genocide, and the day is observed to bring awareness to this dark chapter of Canadian history.

The Orange Shirt Movement began in 2013, and the first National Truth and Reconciliation Day were observed in 2021. To understand the grave nature of this issue, we first have to understand the role played by the residential schools.

In Canada, the Indian Residential School System was a network of boarding or residential schools for indigenous people. In 1878, the then Prime Minister of Canada, John A. Macdonald, commissioned Nicholas Flood Davin to investigate and create a report about the residential schools in the United States.

Macdonald wanted to eradicate the rich and diverse cultures of the indigenous people so that the newly formed nation of Canada could have a uniting Canadian identity. (You can learn more about the history of Canada, its formation, and indigenous populations over here.)

After a year, Davin reported that the only way to do so was to strip the indigenous peoples of their cultural identity, which could only be done if the indigenous children were separated from their parents.

As a result, from 1883, the government began funding Indian residential schools across Canada. These schools were run primarily by various churches, like the Roman Catholic Church and the Anglican Church.

When the indigenous peoples resisted the separation of the children from their parents, the government responded by making attendance compulsory in 1894. This rule of compulsory attendance lasted way later till the year 1947.

The Truth and Reconciliation Commission (which we will get to in a minute) details the death of approximately 3200 children due to widespread neglect and harsh living conditions in residential schools. More than 150,000 indigenous and Inuit children were forced to attend residential schools during the system’s existence. Physical and sexual abuse of children was also rampant.

To fully understand the seriousness of the sexual abuse prevalent in the IRS System, the final report of the Truth and Reconciliation Commission stated that out of the 70,000 IRS students still alive, more than 31,000 sexual or serious sexual assault cases were resolved.

The system was ultimately successful in disrupting the transmission of indigenous practices, languages, and beliefs across generations. Forced to speak English and French, the children of the Indian residential schools found it unable to fit into their communities. They were still, however, subjected to racial discrimination in mainstream society.

This led to a higher than normal prevalence of PTSD, mental health issues, alcoholism, substance abuse, and suicide among residential school survivors. It also led to intergenerational harm, as many of the above problems persist in the indigenous communities.

By the 1950s, the government began shutting down residential schools. The control of the schools was seized from the Churches in the year 1969. The last school was closed in the year 1996.

The Commission was established on June 1, 2008, to document the history and study the impact of the residential school system. The work of the Commission continued well into the year 2015.

Findings of the Commission

In 2015, the Reconciliation Commission published a report of all its findings.

Cultural genocide is can be defined as the acts and measures that are generally taken to destroy nations’ or ethnic groups’ culture through cultural, national, and spiritual destruction. The TRC concluded that removing the children from the indigenous families to assimilate them into the dominant Canadian culture amounted to cultural genocide.

There was a “94 Calls to Action”, which was divided into two categories, “Legacy” and “Reconciliation.” Knowing these calls is essential to create meaningful discussion of the sensitive topic at hand.

The actions to mitigate the harmful legacy were divided into the following categories. On National Truth and Reconciliation Day, efforts are made to raise awareness about these topics.

The Commission called upon the federal, provincial, territorial, and Aboriginal governments to reduce the number of Aboriginal children in care.

Indigenous youth enrolled in provincial schools drop out in large numbers. The education-based calls to action aim to address this issue and address the issue of the income gap between indigenous and non-indigenous students.

As a result of the century-long IRC system, about 36 percent of Canada’s indigenous languages are critically endangered.

It is often claimed that the trauma due to the physical and sexual abuse of the IRS students has been passed on to their children.

Aboriginal people still have to face many issues when it comes to getting the justice they deserve due to the damage caused by the IRS System.

This section is based on creating relations between federal and provincial governments of Canada and indigenous nations. The proposed actions include sub-categories such as the Royal Proclamation and covenant of reconciliation, equity for Aboriginal people in the legal system, youth programs, to name a few.

You can find the complete report here.

The use of the orange shirt as a symbol for the day is based on Phyllis Jack Webstad. When she was six years old, her grandmother gifted her an orange shirt for her first school day. However, on the first day of her school, her clothes were taken away, including her orange shirt.

The day reminds people to take meaningful action to create bridges between the indigenous and non-indigenous communities. People wear orange shirts as a supporting gesture. They also honor survivors of the IRS system.

The movement aims to maintain a global conversation on all aspects of the legacy of residential schools. September 30 was chosen because it was the time of year in which indigenous children were forcibly taken away from their families and communities.

In 2021, over 1000 unmarked bodies were found near former residential school sites, from British Columbia to Manitoba. The realization that many such lost children raised the total number of children killed over the 100 years of the IRS System led to creating a federal statutory holiday in the year 2021.

The National Truth and Reconciliation Day is also a direct response to Call to Action 80 of the TRC Report, which states that:

“We call upon the federal government, in collaboration with Aboriginal peoples, to establish, as a statutory holiday, a National Day for Truth and Reconciliation to honor Survivors, their families, and communities, and ensure that public commemoration of the history and legacy of residential schools remains a vital component of the reconciliation process.”

A bill creating a statutory holiday received royal assent after passing unanimously in the Senate. On 3rd June 2021, Bill C-5 received Royal Assent. The Bill was:

“An Act to amend the Bills of Exchange Act, the Interpretation Act and the Canada Labour Code”

By: Province of British Columbia/Flickr

Buildings across Canada are illuminated on September 30, from 7:00 PM till sunrise the following day to honor the survivors, their families, and their communities and to commemorate the National Day for Truth & Reconciliation. This includes Federal Buildings such as Peace Tower on Parliament Hill.

There will also be a Truth and Reconciliation Week, which will be a 5-day educational event specially designed for students belonging to grades 5th to 12th. The program will feature Indigenous elders, survivors, and youth.

The Orange Shirt Society is a non-profit organization that is primarily based in Williams Lake, British Columbia. The first orange shirt day began here in 2013. The purposes of this society are as follows:

You can donate to support their work through this official website.

So, what are your views on this? How do you aim to observe the next National Truth and Reconciliation Day? Tell us in the comments.