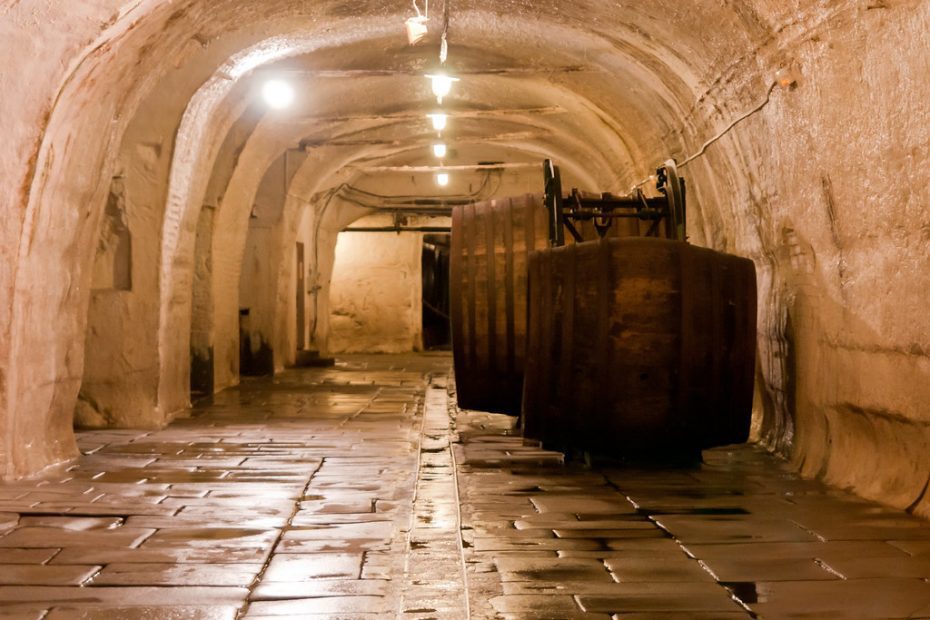 Moose Jaw is a wholesome city, being the fourth largest in Saskatchewan, Canada. Several tourist attractions surround the city – and Moose Jaw tunnels is among the more popular ones.

The Moose Jaw tunnels is a year-round tourist attraction, except Christmas. Also, a few minor exceptions may apply during the Winter season when it is closed. These tunnels entertain guests with a unique production of Canadian history.

The city of Moose Jaw has been rewarded with a colorful past. Yet it also has had a dark past, involving secret tunnel networks, international smuggling rings, and a pretty infamous gangster Al Capone.

Moose Jaw once went by the name of Little Chicago and was one of the most important smuggling hubs of the Prohibited Era, where thousands of liters of rum ran through the small city. Now a new name has been given to the late Little Chicago. The new name, “Canada’s Most Notorious City,” has been introduced to bring forward the story of their history and provide an edge to it. Jackie L’Heureux-Mason, the executive director of Tourism in Moose Jaw, said the idea for a new name came after the city held professional development training on branding. Before this, the city was entitled to the “Friendly City.”

Moose jaw is less than a 50-min drive from the west of Regina, Saskatchewan’s provincial capital. Moose Jaw is on the trans-Canadian highway (Highway 1). You can also gain access to the city via Highway 2, which links to Saskatoon and Prince Albert from the north and the south links with the US.

For more than 75 years, the city has denied rumors regarding the network of tunnels located under this sleepy city, one of the wildest frontier towns in the Canadian West. Beneath the streets of downtown Moose Jaw lies a tunnel filled with dark, spooky, and very interesting Canadian History. A massive tunnel system was built beneath Moose Jaw in 1908 to supply the city with steam power, but somehow the plan was set aside, and an entirely new world was constructed beneath the ground.

Initially, the tunnels were filled and further re-built by Chinese immigrants. They could not pay the infamous head tax and tried to escape the legal ramifications. So, they went underground – literally. They used to operate their businesses and lived in the abandoned tunnels beneath Moose Jaw, where they could escape the racial persecution of Yellow Peril.

Access to the moose jaw tunnels was gained from the basements of buildings possessed by legal Chinese immigrants. The underground residents would work for above-ground laundries, and restaurants and shelter would stay beneath the streets.

The Moose Jaw tunnels served a whole new purpose in the 1920s when the United States and much of Canada embarked on Prohibition. The tunnels were used for any illegal activities, including gambling, prostitution, and warehousing illegal booze. While the prohibition was still prevailing down south, it had been lifted in Canada, and there was an immense supply of liquor available in Saskatchewan. The Soo line railway going directly from Moose Jaw to Chicago made Moose Jawan the ideal location to become a bootlegging hub. The city’s remote location made it a good spot to escape U.S police and thus became a home for gangsters.

Moose Jaw became a gangster’s resort. It is also rumored that the Chicago gangster, Al Capone, would also visit Moose Jaw to check on his business’s Canadian side. There are stories of him living there briefly to evade the cops, although there’s no actual evidence. The tunnels are a real-life museum with a fun, factual focus on Chicago gangster Al Capone’s bootlegging connection to the region. One of the eccentric stories of Canadian history in the 20th century comes to light thanks to excavations under Moose Jaw’s streets.

There are several other fascinating historical tours and exhibits present inside the Moose Jaw tunnels. While heading beneath the streets of downtown Moose Jaw, you would undergo two guided theatrical tours.

Moose Jaw tunnels offer two separate tours to give insights into the lives of the people living under certain circumstances.

1. Chicago Connection is all about gangsters, bootlegging, and Al Capone’s connection to Moose Jaw tunnels.

2. Passage to Fortune, which is the story of online Chinese immigrants in Canada and their struggles to help build the country.

Let Us Take You Around The Moose Jaw Tunnel 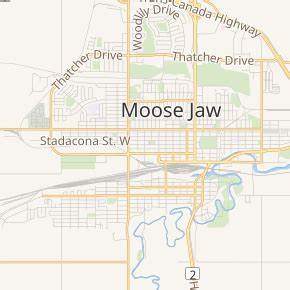 At the entrance of the tunnel, your tour guide greets you and leads you underground—it’s time to play along in this live-action adventure as you tour the dark tunnels where these historical events unravel. Underground tunnels once home to crime is now back open to the public. Each tour displays a 50-Minute journey that features state of the art animatronics characters, fabulous spaces, a multi-media presentation, character tour guides, and intimate group sizes giving you a moment to relive history.

The Passage to Fortune

First, you enter the exhibit through the ticket office and then gather together as a group to begin your journey. You would gather around the ticket office, from where you would have to walk down the street to the entrance of Mr. Burrows Laundry Circa 1907.

You are taken to space which is presented as a nicer accommodation for Chinese immigrants to a theatre space that shows a brief film presented as a documentary, but it’s actually a fictionalized account. The guests can be involved in narrative interaction or just observers of what’s going on as they walk through the Moose Jaw tunnels.

The tour guide clarifies that they will repeatedly use the term “coulee,” a racist epithet that refers to a Chinese worker and implies negative things about the social class. You are then made for walking past the boiler room to another accommodation space with the pretext that the tourists are Chinese laundry workers, and it is informed that it is not your space.

Further, they take you into a backroom space that lays the accommodations for Chinese workers underground and features very primitive accommodation like the triple bunk system.

Behind that is the laundry, where washing implements are kept. There is an animatronic version of Mr. Burrows giving a speech to Chinese workers.

The tourists are supposed to play some parts during the tour or a particular part. When you are taken to the tunnel, one of the tourists is asked to play the person who goes and retrieves the lamp. He/She brings the lamp back to the crowd.

Then you walk through the tunnel space in the further back end where you are shown a burlap sack, factory space, and an opium dim space and further see the Chinese restaurants’ basement.

History comes alive with the help of actors. The new attraction engages animatronics, instead of a narrative approach, accompanied by carefully-researched background information, meticulously-designed spaces, and actors/guides interacting with visitors to show the “Chicago Connection.” Visitors are invited beneath the streets of Downtown Moose Jaw to relive Al Capone’s bootlegging days. Participants are invited to join dressed performers through recreated speakeasies, secret chambers, and bottling rooms, paying a nod to rum runners’ role in the 1920s.

The actors are dressed in period-accurate costumes. Gus, an actor/guide who is the male protagonist, plays Al Capone’s henchman’s role. He runs the security and bootlegging operation.

When the tour is started, you are brought into historic spaces, old stone walls, steel doors, tunnels that lead to nowhere—Picturise yourself as a bootlegger in 1929. You come inside the Moose Jaw tunnels to buy booze from the Capone organization. You should be familiar with the ways or learn the ropes to stay out of the local police chief.

Al Capone was a notorious bootlegger and the Chicago-based mafia leader during the prohibition in the United States. Al Capone’s presence in Moose Jaw tunnels is still a question mark, though most accounts of him being in the city come from eyewitnesses and the stories passed on from generation to generation. But Al Capone’s grandniece Deirdre Capone swears she knows her “Uncle Al” was him in the Moose Jaw tunnels.

You start at Miss Fanny’s club and end up somewhere underground, inside the Moose Jaw tunnels. And the only person who knows a way out is Gus, who is also the main protagonist.

Somewhere between the tour, you are brought to the bottling room with all sorts of barrels, whiskey barrels, and an old gaming room. Here, you will come across a Tommy gun with a barrel magazine, which is actually a real Tommy gun and not just a recreation of it. Later, a brewmaster tells the bootleggers how a barrel of fresh hooch can be “transformed” into five-year-old whiskey with just 2 or 3 drops of sulfuric acid.

Then you go through the card room, set up for illicit gambling. Finally, the 50 min tour comes to an end with a dramatic shootout. These setups really add a touch of details to the tour.

Visitors to Moose Jaw’s town can explore the Moose Jaw Tunnels and learn the history of Al Capone’s Moose Jaw operation, how corrupt cops supported the rum trade and even the struggle of persecuted Chinese immigrants.

It is advised to take tours of both of these adventures under the Tunnels of Moose Jaw. They will tell you about Al Capone’s bootlegging stories during the Chicago Connection tour, along with detailing of the hard life of early Chinese Immigrants in the Passage of Fortune tour. In the 21st century, the city focused on this history to restore the tunnel network into Moose Jaw’s Tunnels, a tourist attraction that opened in June 2000.

These two tunnels give a glimpse of early Chinese immigrants’ lives and the 20th century’s bootlegging period. These have also become a part of the past and present of Moose Jaw, contributing to expanding its extravagant history. These tunnels have shaped the way of how people see Moose Jaw. This brings new tourists into Moose Jaw every day, which also helps the local businesses.

On June 15, 2000, the tunnels inspired a book series by Mary Harelkin Bishop and other popular attractions for students whose interests are alike.

Even Finding Al, a 2015 documentary by Canadian filmmaker Kelly-Anne Riess, compiled several of these testimonies and also provided other evidence that builds a compelling case that Capone not only visited Moose Jaw tunnels but, in fact, spent a substantial amount of his time here.

Both these tunnels are a must-visit if you want to dive deep into the history of making the tunnels and the lives of the people who lived here. It is a family-friendly attraction that offers an experience like no other. Check out the Moose Jaw Tunnels next time you around the neighborhood and comes across a sign, namely “Friendly City.” Become part of the history of Moose Jaw tunnels and relive Moose Jaw’s storied past.

Also, check out 10 Canadians you need to know about.