5 Interesting Facts About The Canadian Tuxedo That You Should Know 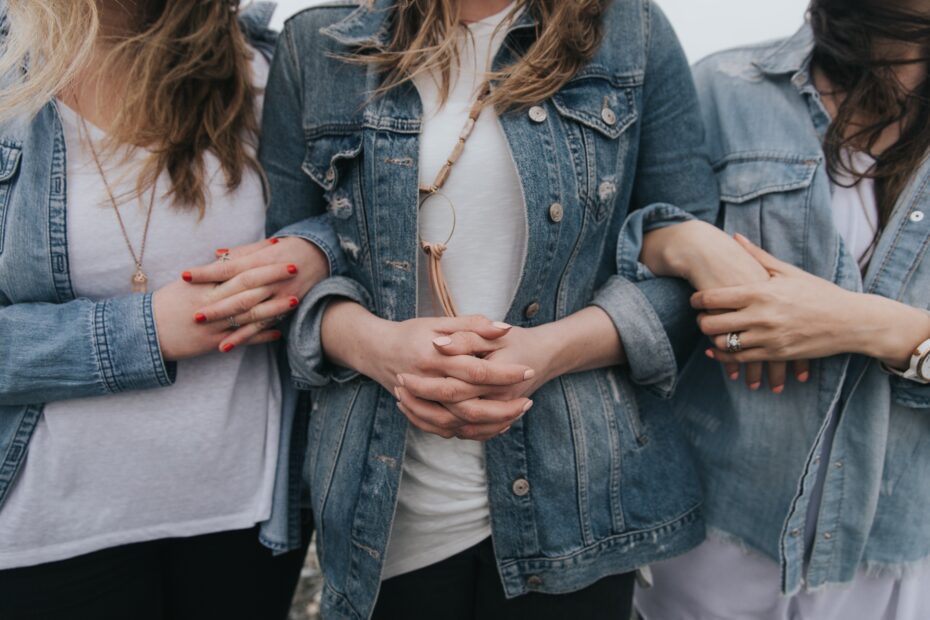 As a guy speaking on behalf of most other guys who didn’t know what a Canadian Tuxedo was actually supposed to be or had never heard of it before, the assumption is that it is Canada’s unique spin on the standard Tuxedo.

1. What is a Canadian Tuxedo? After all?

Now, the idea of wearing a tuxedo anywhere is a serious confidence booster for guys. You feel sharp, smartly dressed, and a level above your usual self. However, there’s a good chance you might not get the Canadian Tuxedo right the first few times you experiment with it.

Photo by Mikail Duran on Unsplash

But that’s not to throw shade on the Canadian Tuxedo, no. It’s just to say that pulling off a Canadian Tuxedo well requires a better fashion sense than ordinary people possess. It’s a niche market, you see.

The Great North loves its denim, and that is precisely what the Canadian Tuxedo is. A denim jacket is worn with jeans. This piece of clothing originates out of Vancouver, the origin story involves a famous singer (it’s Bing Crosby), a hotel and a renowned denim brand (Levi’s) and we’ll get to that in a minute.

The ownership of jeans and a denim jacket is considered essential in Canada. That is because the Canadian Tuxedo is as integral to the country’s culture as maple syrup. And the chances are that even if you know nothing about Canada as a country, you at least know that the people in the NorthNorth love their maple syrup-like anything.

2. The Origin Story of the Canadian Tuxedo

Bing Crosby was a singer, actor, and a passionate golf player, born as Harry Lillis Crosby on the 3rd of May 1903. His famous works include vocals on songs like “White Christmas, “It’s Been a Long, Long Time,” “Swingin On a Star,” and “You’re All I Want for Christmas.” He was without a shadow of a doubt the leading record seller and the media sensation at the beginning of the twentieth century. He was also the biggest box office draw in the 1940s and is heralded as the most prominent radio star of all time.

The acting mayor at the time, in 1948, George Miller had just presented Bing Crosby with the key to the city of Vancouver. He was at the peak of his long and illustrious career and had recently raised over $26,000 for the construction of a new building at Main Street’s Sunset Community Centre through a radio show at the PNE Forum.

It was the year 1951, and Bing Crosby liked it around the city he had been given the key to. He was getting back from a hunting trip and was denied entry to Hotel Vancouver. He was wearing a Levi Strauss & Co. denim on denim outfit, the outfit that would later take up the mantle of the Canadian Tuxedo. However, jeans weren’t considered to be a very classy piece of clothing at the time. Somebody wearing a pair of jeans was usually regarded as middle class, or outright poor.

The embarrassing situation was eased up a little when a bellhop recognized Bing Crosby, and he was allowed in. Back in America, Levi’s were thrilled when they heard about the incident that took place up North. The designers at Levi’s played it smart and took the opportunity to design a custom made denim tuxedo, especially for Bing Crosby.

Levi’s presented Bing Crosby with the custom denim suit during the Silver State Stampede held at the J-Bar Ranch in Elko, Nevada. The lawsuit was made out of the fabric used for Levi’s classic 501 jeans. The unique feature of the jacket was that there was a leather patch on the inside that reads “Notice to All Hotel Men.”

Levi’s got even more creative with the situation presented in front of them and dubbed the look the “Canadian Tuxedo.” This was more of a social statement than a fashion statement, and Bing Crosby was seen in the outfit many, many more times. The juxtaposition of the formality and classy nature of a tuxedo with the casual kind of the denim fabric became Crosby’s signature look while promoting his new film at the time, “Here Comes the Groom.”

The clerk who refused Bill Crosby’s entry to Hotel Vancouver also had a little fame come his way. He told Madera Tribune in 1951 that Crosby “looked like a bum” and thus did not allow him to check in to the hotel. He also said that all his friends wrote to him about the incident and joked about it for years. Bing Crosby’s fans were outraged at this embarrassing situation and called the clerk out on his inability to recognize the “most famous singer in the world” at the time.

When Bing Crosby’s rival at the time, Bob Hope heard about the incident, he invited the Hotel Vancouver clerk to the set of his movie Son of Paleface. He joked that the clerk was “the world’s number one hotel clerk” for being able to correctly identify a bum like Crosby, according to the Tribune.

3. Notable Sightings of the Canadian Tuxedo

There have been many notable instances of famous people amazingly pulling off a Canadian Tuxedo. There’s Rihanna; there’s Prime Minister Justin Trudeau himself, there’s Beyonce, there’s Miley Cyrus, there’s Hailey Bieber, Kim Kardashian and more importantly, Justin Timberlake and Britney Spears back in the 2000s when they were together.

Pop culture was set on absolute fire that day when people saw Britney Spears rocking the strapless gown that was stitched together with denim pieces, and Justin Timberlake in a similar head to toe denim attire topped off with a matching cowboy hat.

The Canadian Tuxedo became a trend in the 2000s, after Justin Timberlake and Britney Spears were spotted in the matching outfit at the 2001 American Music Awards show red carpet. But, very few were aware of the true origin story of the now-famous Canadian Tuxedo.

If the declaration of denim on denim outfit to be as essential as shoes in Canada wasn’t enough, there’s a special day just to celebrate this Canadian treasure. In Canada, the 30th of March is the National Canadian Tuxedo day. And you’ll find Canadian Instagram feeds on fire with many people sporting this attire.

Photo by Joanna Nix-Walkup on Unsplash

It’s easy to go about looking like a fool in double denim if you have no clue about being fashionable. Thanks to the internet, you can become famous overnight, for no particular reason. How? Simple. Memes.

That’s right. The Canadian Tuxedo has given rise to a million memes that have made people cry out of laughter. But if you’re okay with having a good laugh at yourself, then there’s no reason why you can’t look ridiculous and still enjoy it.

Some people, however, do believe that Levi’s joked about Canada by coining the term “Canadian Tuxedo.” This theory springs from the notion that Americans have about Canadians. America likes to believe that Canadians are ten years behind the rest of the world and uses words like “backward” and “unrefined” to describe its northern cousin.

Most of what people know about Canada is usually hearsay or ideas that come up only when America decides to joke about it. In reality, Canadian Tuxedos are most popular in rural areas.

You can look here for further outfit ideas and pictures about rocking a Canadian Tuxedo. Watching and learning is the basic idea of developing a fashion sense so that it might take time. But steal a few outfit ideas, and you’ll improve your style.

This Canadian Tuxedo works all the time up in the North because it’s pretty chilly throughout the year. Even in “summer.” In Winter, add a layer of woolens to keep yourself warm. And if it’s Christmas that’s coming around, read on further about the amazing things that you can do while in Canada for Christmas here: https://icycanada.com/christmas-in-canada/.