3 Best Churches in Kelowna BC Canada 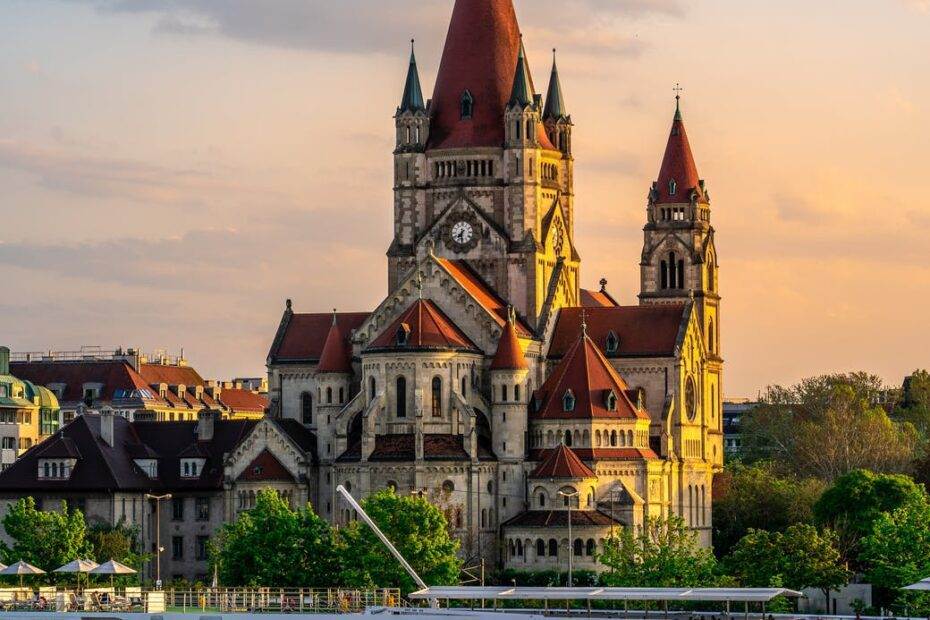 Church, as we know, is a place of worship for Christians, and they are a believer of triune God, God the Father, God the Son (Jesus Christ), and the Holy Spirit.

Churches in Kelowna, BC, Canada are a sight for every passing tourist.

Photo by Robert Thiemann on Unsplash

Kelowna is a peculiar name. Have you ever wondered where is the name derived from? Well, it is the Okanagan first nation word for “grizzly bear.”  It’s a solace region with many historical elements tourist spots to visit.

The area is a tourist attraction year-round, hands down to its cozy locations and vineyards, and if you are on the spiritual side, don’t worry. Here you will find some great churches to visit.

There are numerous churches in Kelowna, BC, Canada one could visit as many as they want; it is overwhelming.

Below are the top three churches in Kelowna, BC, Canada-

Old is gold, they say, and this church in Kelowna, BC, Canada is a living example; St. Anglican’s Church is the oldest existing church in the city.

St. Anglican’s Church is a perfect example of a Tudor Revival Parish church alongside a graveyard.

The church was built in the year 1910-11 in Tudor Revival style, situated near 4619 Lakeshore Road in Kelowna mission’s sector.

With gothic vibes, this church holds much precious value as the oldest church in the region; it gives the review of the early livelihood of the Mission region.

The history of this church goes back to 1900 when Reverend Thomas Greene, the Anglican minister from Kelowna, gave episodic services at Okanagan Mission—voyaging up and down by horse along the dumpy road.

The unknown fact about the church is that the builder of the church, W. Shand lost an arm during the establishment of the church. Later his son completed the unfinished business of his father.

The unique Tudor Revival style was very popular in the city, and British Columbia was mainly related to English Tradition.

The style of the church was a concoction of the Gothic Revival style, especially the parish church revival of the Victorian era, which was related to Anglicanism.

St. Anglican church had gone through many historical events. One prime event was world war I, which took away various parishioners, and the aim to make it a separate parish faded along with world war I.

With the passing year, the suburban increment of Okanangan Mission boomed with the population, specifically after world war 2.

In 1985-87 the new church with double space St.Andrews Church was built beside the old church, and the old church was overlooked most of the time by the people.

St. Anglican church is now a church only for small works and services, marriage ceremonies, and funerals.

Churches of Kelowna, BC Canada, have beautiful infrastructure and ambiance. One such church is the Mission Creek Alliance Church.

The church started as a Kelowna Alliance Church on August 22, 1960.

Public service started in November (6th November 1960) at the Women’s Institute Hall on Lawrence Avenue where 43 people attended the meeting, held under the guidance of Rev. John Klassen.

The need for a paster who will work full time was needful, so in October 1961, after two months, the church formerly came under Alliance church with twenty-five charter members.

In the 60s, there was a talk of extension because of the tremendous growth of the church, attendance, finance was affluent. Therefore everyone was eager to expand the premises.

Moving on to the 70s, the Seniors Ministry and Alliance Men’s group assembled. There was an emphasis on making different ministries for different demographics like the ministry of a child, ministry of youth, fellowship, etc.

In the late 70s, Rev. Llyod Draper started his ministry with a deliberate focus on making a caring church fellowship with stress on “glorifying God through evangelism and edification.”

The Mission Creek Alliance Church congregation was divided into groups based on geographics of a maximum of ten families each.

Elders of the groups were trained to work for the addition of a new face into every group.

There was a small decline in attendance in the year 1982. Within four years, the Mission Creek Alliance Church get back on track with an increment in attendance.

History was made when the Sunday morning church attendance rose to 642 in 1986; this led to growth in the various staff departments, with pastoral ministry specialists working in evangelism, Christian education, youth, adults, music, and worships.

The church fully evolved into “intergenerational ministry.” Throughout the 1980s, Kelowna Alliance came up as one of the larger churches in the region. Mainly it was known for its focus on ministry and mission.

The church was improved through furnishing and renovation in January 2005 and was given the name Mission Creek Alliance Church.

It is described as a ‘medium church with large church amenities’ that set out a multi-generational congregation.

Nowadays, this church’s focal point is the ministry to kids and families. Churches in Kelowna, BC, Canada, have so much importance for spiritual and non-spiritual people. 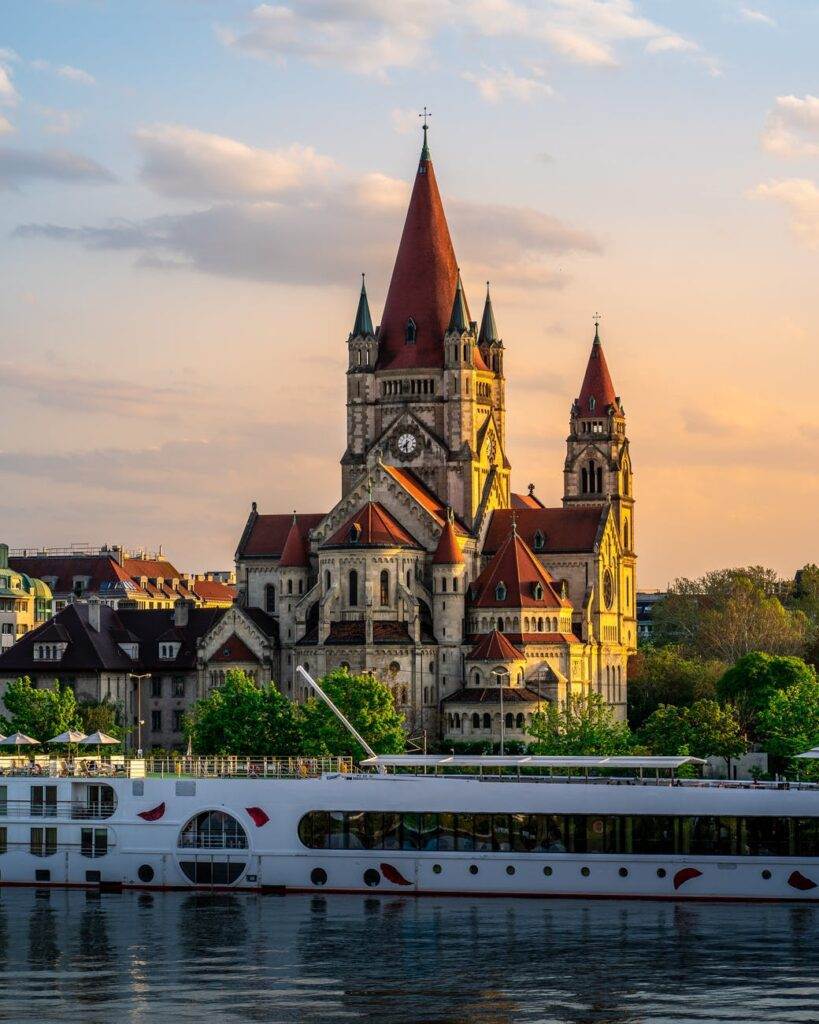 Churches in Kelowna, BC, Canada, are the epitome of gothic architecture style; St. Paul’s United Church began in 1829.

After a year, the worship facility started in full bloom. St. paul’s United church observe its golden day of remembrance in 1882, coming up with the happening of the new building.

Exactly in four years, on January 10, 1886, the new place of worship was inaugurated, which is in work till date.

In 1916 a farewell was organized for the previous church before its removal to clear the way for Fraser Memorial Hall. The hall was finished in 1918 and expedited within the memory of Donald Fraser.

St. Paul became St. Paul’s United Church of Canada in the year 1925. The church celebrated its one hundredth day anniversary in 1932.

A three-keyboard Casavant was installed in 1947 in the memory of women and men who lost their lives in two world wars.

The most enthralling characteristic of this Church in Kelowna, BC, Canada, is stained glass memorials windows lodged by the congregation’s families.

With passing time, this window took over original windows made of diamond-shaped leaded glass.

St. Paul’s was designated as a national historic site and monuments board as a fine example of High Victorian Gothic Revival Style in 1990.

The big improvement once observed was the Fraser Memorial Hall renovation in 1977. An elevator was lodged in 2004, which became convenient for folks to maneuver from the primary to the third floor.

The church is big enough for several folks to participate in religious activities, prayer, conferences, and alternatives events.

For years the church and the hall have seen many church-affiliated events and community gatherings.

There is a meal on wheels program further within the church facility, with other alternatives like cubs, scouts, brownies, etc.

In 2007 a campaign ‘the Restoration Capital Fund’ was launched to repair the damaged interior, including windows, stonework, and roof.

Till now, $650,000 has been used to fix the damaged windows, doors, stonework, wall, and roof. Even now, the work is not completed on the east and west walls.

It’s been 18 decades since St. Paul’s existence and works; people have been visiting this artistic church for years. Many things are changed in these years, but people’s faith in the church is still constant.

The church shares its resources with the community all around the year.

Churches have been there for years, and many events and spiritual gatherings had been their backbone; churches are perfect for architectural inspiration, peace, tranquillity, and solace.

British Columbia is filled with various attractions, not only limited to churches. Click here to check out the other places you can see when you’re in the province.