Writing music blogs is something that’s evolving with time. Nowadays, people like to write music blogs besides business and social issues. Various people write different kinds of Canadian music blogs based on the different types of genres of music.

Here are some of the Blogs for you to check out!

To write Canadian music blogs, you must have in-depth knowledge of the present era. You must be aware of the particular genre of music about which you are going to write.

Even though music blogging has gained importance and fame in recent years, it has been there for a long time. If we talk about Canada in particular, many bloggers have been writing music blogs for a few years. The way the music blogs used to be earlier is different from the way they are now.

Top 15 Canadian Music Blogs For You To Explore

FYI Music News is a weekday-updated website dedicated to and written about Canadian music and the music industry. It’s a Canadian music magazine that’s distributed as a newsletter.

Music industry experts, neophytes, unions, government agencies, artists, and music lovers subscribe to it. Every day, it publishes a concise summary of the day’s most important activities and news in Canada and beyond.

The website has many extra features, including a weekly ‘Careers’ column. It also includes columns by Bill King, a guitarist, writer, composer, and jazz fanatic.

It’s been there since December of last year. It has about 2.7K Facebook fans and nearly 15K Twitter followers, which is pretty impressive. The average number of posts per day is around eleven.

Said the Gramophone is an mp3 blog that was one of the first Canadian music blogs of its kind when it was released in 2003.

It also includes poetic thoughts and commentary on independent music from Canada. The average number of posts per year is about 15 per year.

The Canadian Broadcasting Corporation’s CBC Music is a Canadian FM radio station. It used to concentrate on classical and jazz music. The network switched to a modern adult music format in 2007 and 2008.

It included a variety of styles, with the classical genre being limited to the midday hours. Radio had 2.1 million weekly listeners in 2009, making it Canada’s second-largest radio network.

Watch behind-the-scenes footage, intimate interviews, and exclusive performances from your favourite artists. The posts are generally only published once a week.

It publishes various music genres, including hip-hop, electronic, and pop music. It’s on the border between underground and mainstream.

Since April 2009, it has been there. It has a Facebook fan base of 148.5K and a Twitter following of 52.9K. The posts are relatively infrequent, with just one per day.

Central Ontario Broadcasting is the station’s first foray into the Toronto market. On July 31, 2013, the station had a “soft launch.” And on September 3, 2013, it was formally launched.

It also operates the radio stations CFJB-FM and CKMB-FM in Barrie. On-air and online contact with the viewer is also a priority for “Indie88.”

The average number of posts per day is about three. It has approximately 110 thousand Facebook fans and 48 thousand Twitter followers.

The Spill Magazine is an online journal based in Toronto.

It focuses on our thriving local talent and covers the independent music scene. The average weekly posting frequency is around 18 entries.

It’s been there since September of last year. It has approximately 12 thousand Facebook fans and 7.4 thousand Twitter followers.

Chart Attack is an online independent and alternative music guide based in Toronto, Canada.

Through their written and video features, it gets to know the people who make it. It was launched in 1996, and since then, they’re committed to promoting and promoting great music that defies genre standards.

The posts are relatively infrequent, with just one per day. It has 8.6K Twitter followers, and the blog address is chartattack.com. Photo by Emery Meyer on Unsplash

It’s a music publicist who works on a freelance basis. It is a SiriusXM host and has been called among the best on social media by Billboard Magazine, Paste Magazine, and The National Post.

The channel enjoys discussing music. Eric Alper also took pride in being included in the City of Toronto Music Industry Advisory Council. It was also included in the Advisory Board of Canadian Music Week.

The list of achievements continues beyond here. The average number of posts is about 24 per week, with 23.1K Facebook fans and 751.2K Twitter followers. You can find their blogs at http://www.thatericalper.com.

Sidewalk Hustle first debuted in 2007 as a music podcast. According to ‘Style of Sound,’ it is one of the top 100 popular music blogs globally.

It was included in the CBC’s list of Canadian music blogs worth reading. Later, it became a regular blog focused primarily on local music, fashion news, and culture.

It has a strong social media presence. It has approximately 19.7K Facebook fans, 38.8K Twitter followers, and 217K Instagram followers. The average frequency of posts is around one per month.

BeatRoute is a monthly print and web magazine widely distributed in Western Canada.

It maintains a healthy dose of cultural criticism while incorporating rock ‘n’ roll ethics. Glenn Alderson and Brad Simm formed it in 2004.

With offices in Calgary and Vancouver, the publication is widely popular in Alberta and British Columbia. With a circulation of over 10,000, it is mainly a music-oriented publication. The average number of posts per week is about five.

There are only a few other websites dedicated to clickbait headlines. On the other hand, this one devotes time to discovering new music and experimenting with new sounds.

In-depth reviews, exclusive interviews, guest mixes, and more are available online. The average number of posts per week is about twenty. It has 4.9 thousand Facebook fans and 4.4 thousand Twitter followers.

GATE has focused on covering all entertainment, culture, and fashion aspects. It has been in existence since August 1999. The blog covers a wide range of topics.

It includes music, film, and television, as well as travel, gaming, and electronics. When it comes to online entertainment magazines in Toronto, the GATE is one of them.

The posts are made at a rate of about 30 per day. Thegate.ca/music connects to the blog, with 2.1K Facebook fans and 4.2K Twitter followers.

Another excellent Canadian music blog is Uranium Waves. Its main goal is to promote undiscovered musical talent and to assist deserving artists in gaining recognition and exposing incredible vibes to the public.

You can learn more about them by visiting their blog at www.uraniumwaves.com. It has 3.5K Facebook fans and 414 Twitter followers, indicating it is well-versed in social media platforms.

This Music Blog is an online publication that has published information about popular music performed by Canadian recording artists since 2010.

They concentrate on recording artists who are Canadian residents, regardless of their location. The average number of posts per week is about three.

Indie Music Filte is a Toronto music blog that showcases good new indie music. It has been in existence since 2006.

So, if you love Canadian music and enjoy looking up music blogs online, waste no time! This article will help you find the best music blogs around Canada.

Whether you want to learn more about Canadian and international artists, up to date music industry news, or Canadian indie music, these blogs will help you understand it.

16. How To Write Your Own Music Blog

To write a long informative blog, you must have in-depth knowledge about the genre of music you are writing about.

There are various kinds of Canadian music blogs that bloggers write, and some of them are:

One of the most common Canadian music blogs is those in which the bloggers review a song or video. While writing such kinds of music blogs, you must choose a theme.

After that, you must register your views and opinions about that song. Bloggers also write about which kind of audience can like that song and who may dislike it.

Such blogs are for fans of that particular band or musician who has been interviewed.

Many music lovers like to read fun facts about the music industry and artists. So, many bloggers write fun facts in their music blogs to cater to the demands of their audience. 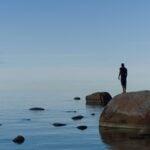 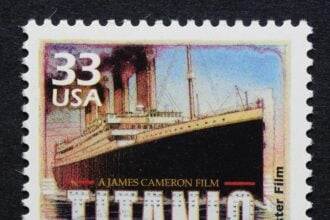 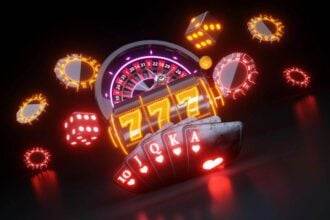