Water Bodies are always refreshing and energizing. But did you know Okanagan Lake could offer you more than just cold splashing water? Well, you know it now. A beautiful waterbody stretched for 135 km in British Columbia, i.e., Okanagan Lake has a lot to lay in your platter.

From swimming in the chilling water to parasailing to boating and to some mystery that lies there.

Okanagan Lake is a fjord, i.e., a lake created by a glacier going through cliffs, in the Okanagan Valley of British Columbia, Canada. Near an island called Grant Island, it assumes the maximum depth of 232 meters. Here are many fascinating facts and reasons which will make you wonder about the Okanagan Lake. You might feel like visiting it!

This is a 5-lane bridge that glamorously connects the east and the west side of the lake. This bridge is the only bridge passing over the lake connecting Kelowna to West Kelowna. It is a pontoon bridge, which means a bridge supported by floats. Out of the five lanes, three are for the management of westbound traffic and the remaining 2 for eastbound traffic.

It also has a separate pedestrian/cyclist lane. Okanagan Lake is at a depth of 60 meters in the middle of the bridge. Nine concrete pontoons support the bridge, and you must wonder how this floating bridge is designed to handle 80,000 vehicles daily.

You’d be surprised to know that the Okanagan Lake in Kelowna has 30 beaches for you to choose from. Among them, the Hot Sands Beach featuring volleyball and basketball courts, a skateboarding park, grass fields, live music in the summertime, Boyce-Gyro Beach, which is the most known and famous for snack venues and inflatable waterpark are really worth visiting.

If you wish to go kite surfing, a beach called Rotary Beach Park has a popular spot just for the purpose. To have a great family picnic, Strathcona Park has picnic tables, designated swimming areas, and a kid’s play area. Above that, it offers the lush green freshness of tall oak trees and grassy areas. You will surely find a different beach for each mood.

Okanagan Lake houses two islands, one being the Grant Island, which is a bird sanctuary. This island has its own beautiful mystery. It was earlier known as a Whiskey Island. A legend says that an Interior Salish used to store lots of food and supplies here so that the bears would not destroy it.

The island has also been known earlier as Nahun Wenox, which means ‘Child of the Rock.’ This name was given to the island because it had been a part of a large rock in North of Nahun across the lake.

In present times, this island is home to a remarkable colony of Ring-billed Gulls. Even the other species of Gulls viz. California Gull, Glaucous-winged Gull, and Herring Gull are known to be nesting here. Even Canada Geese comes here to raise the young ones of their species.

This small island on the lake in the Okanagan Valley, much farther south by Squally Point, was developed in the 1970s as a tourist attraction. A man named Eddie Haymour had purchased this island. He wanted to attain the attraction by the establishment of a mini-golf course.

The thing which added to its glory was the replica of the Great Giza Pyramid and a giant camel. However, this project had been soon shut by the provincial government.

Well, it was a great plan of establishing an Arab-themed tourist spot with ferries, a pyramid, golf course, restaurants, and a lot more. Though the plan was shut, you can find a few remains showing signs of the beginning of construction. Around eight to nine golf holes can be stumbled upon on this island. You can even find steps that lead upwards and are carved from rocks.

South to the Rattlesnake Island on Okanagan Lake, there is a camping area called Reluctant Dragon Cove. A small peaceful block of an area with a rocky beach makes a perfect and secluded picnic spot. The area also has an outhouse, a few benches, and some spots dedicated to putting up the tents. A place to warm the soul with a sunbath is worth a credit with soothing sounds of splashing water.

Well, this is not a different island but another name of Rattlesnake Island. This deserves a separate consideration as the name has a good reason behind it. According to a legend, a lake monster called Ogopogo resides in a cave in the Rattlesnake Island.

Ogopogo, the Okanagan Lake monster, has a history behind it. The ancient natives of Secwepmc and Sylix regarded the Ogopogo as Naitaka. This meant “an evil supernatural entity with immense powers but ill will.”

As per the legend, Naitaka, i.e., the lake monster, used to demand a live sacrifice in order to let the people cross the lake safely. For centuries, the First Nations has continued the practice of sacrificial of small animals before entering or crossing the water bodies.

Now, First Nations being the indigenous people of Canada, brought home the same tradition. The existence of this lake monster Ogopogo is feared as there have been instances of occupants of a canoe drowning deep, horses of a soldier being drowned, and many others.

Now, this Ogopogo or Naitaka, as the ancients used to call, is said to be residing in deep caves, which are located under Rattlesnake Island. There also have been a few alleged sightings of something large and lifelike, which keeps up the belief of lake monster intact.

Apart from this Ogopogo legend, and more towards the reality, Okanagan Lake is home to the rainbow trout and kokanee species of fish.

To see the proof of sightings of Ogopogo, the lake monster, check out this video.

On the east side of Okanagan Lake lies a provincial park. This is a great park for a little adventure trip. There are campsites which include around six marine camp zones and undisturbed area full of wilderness. Here you can experience a lot of fun with activities like hiking, camping, campfire, boating, mountain biking, and a lot of others.

You could even hunt here as you would find several trails. Hunting is permitted in this area, so it can be a great time to shake off some burden and indulge in the activities of ancient man. You could easily spot mountain goats, elk, white-tailed deer, and Coyote.

The other small yet significant species coming across in The Okanagan Mountain Park are the western harvest mouse, spotted bat, and a Nuttall’s cottontail. The park also supports the habitat of birds and reptiles like the white-headed woodpecker, western painted turtle, western skink, and to the irony, western rattlesnake on the Rattlesnake Island. So, you never know what you might come across to.

Check this provincial park, which is one of the best in Canada near Joffre Lake.

The Treasures of the Deep

It is believed that many treasures have been found deep down in the Okanagan Lake. These treasures come across to divers, as diving is very popular in the region. To name a few items, a 100-year-old milk truck has been found, the old bridge which existed before the William R Bennett Bridge, and also a Canadian Railway Barge is seen.

This lake is a giant, but there is one person who has crossed this lake. A Peachland resident Shayn Moritz crossed the Okanagan Lake from end to end as a way of celebrating his 50th Birthday.

The Okanagan Valley Wine Region of West Kelowna houses the Mission Hill Winery on top of the Mission hill. This is a great place to be, not just for wine tasting, but for the view that it gives of 145 km of lake, mountains, and vineyards altogether. You are sure to get the best wine experience here. The architecture is unique, tours informative, amazing tasting bars, an informative tour of the barrel room, and cooperative wine shop staff.

This place also holds some events during special days and festivities like summer concerts and Christmas celebrations and décor. You are going to find some very exclusive wines here to shop for.

The weirdness and wilderness of Okanagan Lake do not seem to end so soon. This huge lake, which is made out of a glacier, has a history of being completely frozen. This has not happened a lot, but it has in the year 1906, 1929, and 1950. These years have no complete verification as only one picture of the Frozen Okanagan Lake can be found which is of the year 1929.

So, Okanagan Lake is a book of mysterious beauty. And the road of adventure to seek beauty should always be accepted. Do comment to add anything fascinating you know about the Okanagan Lake. Exploring Attractions near the English Bay
Next Article 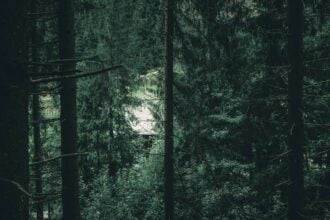