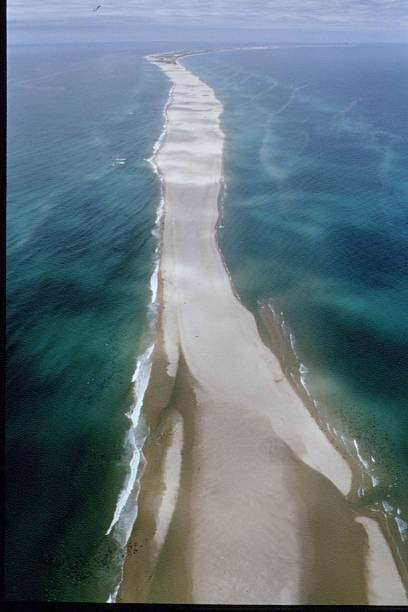 Islands are truly a total package if you want to go on some detox trip. Be it cartoons or movies, islands are often depicted as vacation spots where you go and have loads of fun, relax inside out. Sable Island of Canada is one of such amazing islands.

Suppose you belong to the Maritimes region of Canada. In that case, you might already have heard various stories about the peculiar, off-the-beaten-track and wild, bleaker and sandy place called Sable Island.

If you want to get a brief introduction to Sable Island, you can read this.

Sable Island is popularly known as the “Graveyard of the Atlantic.”

The Island is situated around three hundred kilometers from the Southeast side of Halifax, Nova Scotia. Almost for centuries, the Sable Island has been spellbound and is still attracting tourists, artists, researchers around the globe.

You might have also seen photos or listened to the tales of wild horses of Sable Island.

1. Sable Island is A Wedge of Halifax

Although it is situated 290 kilometers away from Halifax, it is still a Halifax area.

Not just that, while the provincial elections of 2017 were getting conducted, a poll station was also set for the voters on Sable Island for the electoral district 27 of Halifax Citadel.

Some scientists believe that the island is slowly shifting to the east, with the western shore shrinking and the eastern side extending with the deposits of sand. The possibility of the complete dissolution of the island can not be denied in the upcoming centuries.

2. It Is Actually Way Bigger Than Your Estimation!

If you thought you could easily walk this crescent-like island’s one end to the other effortlessly, then I’m sorry to break your bubble because the island is not that small, certainly not so small.

This island has seen many brutal and harsh winters for a few centuries, making it difficult to determine the correct population of horses.

Many researchers regard it as true that the horses found on the Sable Island presently are the descendants of those horses that pulled through the odds like wreckage or shipwreck; however, some other researchers claim that John Cabot, Portuguese explorers, Acadians, or Norsemen might have left the horses on the island.

However, the most popular theory and one that largely makes sense are that a merchant from Boston had hired these horses for the deportation of the Acadians who remained on the island.

At one point in the time, these horses were taken out from the island and were brutally used as a substitute for pet food. It was the decision of the Canadian government in the cold of 1959 to use horses for pet food.

Loads and loads of letters from the children of Canada found their way to the then prime minister John Diefenbaker, which kept the horses safe on the island.

He stopped the horses from this cruelty and wrote protection into law with the help of the Canadian Shipping Act, which interdicts any meddling or confiscation of the horses away from Sable Island.

5. Sable Island Has Just One Tree!

The island inhabits just a raw-boned pine tree that was planted here many decades ago. This tree is so weak and short, less than 3 feet tall. It resembles some bush rather than a tree.

You may ask why so?

The reason is trees can not get through the fierce winds of the island. Also, the deficiency of real soil makes it difficult for the trees to stretch out their roots and grow well.

6. Sable Island is 43rd National Park of Canada As Well

The concluding legislation was undergone in December of 2013, where Sable Island was delegated as a National Park Reserve.

Although the island is closed during winter from November to June, it was in June 2014 when Sable Island was open to visitors for the first time.

Being a National Park, the island is renowned for its bird-watching activities.

You will find ducks, terns, gulls, different types of coastal birds, tropical birds that come with the stormy wind to the North, the birds which are almost on the line of extinction, such as the Ipswich sparrow. Certainly, Sable Island is famous for horses, but the birds here equally deserve recognition.

Apart from horses and birds, Sable Island is home to the largest procreation colony of grey seals. You can easily spot them on the beaches of the island. You can also expect to see harbor seals throughout the year, but they are not much common compared to the grey seals on the island.

7. Sable Island Had The First Life-Saving Station of Canada

A life-saving station was housed on the island in 1801, making it the first of its kind in entire Canada.

Sable Island was infamous as “The Graveyard of the Atlantic,” and rightly so. The fierce and rough sea waves, giant tides, blinding fog, and the sandbars sunk into the water encircling the island have been causing wrecks for thousands of ships and vessels on Sable Island.

As a consequence of the developed navigation and technology, the cases of shipwrecks are much lesser than in prior years. The last wreckage was in the year 1999 by Merrimac, a yacht. The ruins of this shipwreck can be found even today on the South beach of the island.

So these were the 7 interesting facts about Sable Island that you read above. But there’s also something hazardous happening every day, every hour, and every minute that ruins the island’s natural beauty and health.

Most of the balloons which get lost in the air find their way on this island, which certainly looks like a dump yard of deflated balloons. Not just balloons, but different types of garbage hits the shore with the sea, including the repudiated waste materials, fishing gear, and the like.

Zoe Lucas is a researcher who lives on the island. He collects all the balloons and tracks their location based on the advertisements written on them.

Fulmars also conducted beach surveys regarding the tenacious litter of Sable Island between May 31, 1984, and September 10, 1986. The survey was extended with observations to the beginning of 1991.

Incessant refuse, found on the island’s beaches, comes from the ocean, traveling from afar. The discharge rate doesn’t change drastically over the years but differs slightly from the seasons on the different sites.

The number of garbage items collected and arranged during the survey was 11,183, which denoted around 219 items per kilometer every month.

These things are brought on the island by different kinds of activities, marine activities especially related to the fishing industry.

This much amount of litter on relatively smaller islands like Sable Island is dangerous for its health. Three species of seabirds and two species of the seal had been enmeshed before. It was also observed that leatherback turtles of the island ingested latex and plastic. Although we have to keep in mind that these couple of mentioned cases are the outcome of the unnatural disaster, there might be millions of such on different islands of the world, which is deeply saddening.

The litter in Scotian Shelf waters also suggests possible harm to all the marine animals. Even though it does not look so, it has affected the population of seals, and many small and large species of the deep oceans are dying because of this.

As the smartest species globally, we need to look after this as plastic is a big problem for nature. Humans have been dependent on nature forever, and no modern discovery can change it. Although inventions like plastic are pretty handy and easy to use, this comfort is causing us big trouble. Hopefully, we will all get connected to nature again and grow sustainably. 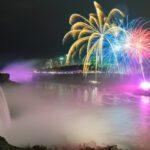 An Amazing Guide To Niagara Falls Fireworks
Next Article 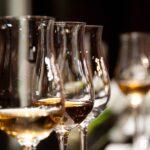