You cannot picture Salt Spring Island without thinking about a great view, with exotic holiday music playing in the background, a-la Tom and Jerry. And you would not be too far off for imagining that! Salt Spring Island is one of the best places to get away for the weekend and unwind. If you’re looking to tune out the white noise of the city life and have a quiet, exotic weekend near the province of British Columbia, then this is the place that you should plan on exploring.

Salt Spring Island can be found between Vancouver Island and the coast of the province of British Columbia on the western shore of the mainland. It is the most visited and the most populated out of all the Southern Gulf Islands, in the Strait of Georgia. Here are all the things that you need to know about the island:

It is one of the most visited of the Southern Gulf Islands for a reason, and the number of small but great hiking trails that you can take has a great part to play in it.

You can also explore the island on wheels, renting a bike, or an e-bike to ride along with the wind. You can try climbing to the top of the Bruce Peak or Mount Tuam, the two tallest points in the system of islands. There’s a good chance you’ll be able to see the coast of the mainland if it isn’t foggy!

Maxwell Provincial Park is the more centrally located park system and is a great spot for families or groups of friends to enjoy a picnic. Salt Spring Island has a lot of potential for ocean-side camping. Locals say that Ruckle Provincial Park, located on the southern end of the island is one of the best places to do so.

Photo by Luc Tribolet on Unsplash

Salt Spring Island has it’s own website as well, complete with the maps to a few hiking trails like the Island’s Pathways, Salt Spring Conservancy Maps, and CRD Parks & Recreation Trails for people to check out the area beforehand, and it is a good idea to come prepared.

Salt Spring Island has been recognized as a world-class destination for kayaking. With 7 freshwater lakes within the island, there are all the reasons for you to spend an afternoon pedaling through the waters whilst enjoying the fresh air. The waters are relatively calm, and there’s a lot of amazing scenery to be enjoyed from the boats. There are paddleboard rentals along the coast that can help you out with it, so you don’t need to worry about anything.

Photo by Jasper Garratt on Unsplash

If you want to have a brilliant outdoor experience guaranteed, then you should have a look at the Salt Spring Adventure Company. These people have it all covered, from kayaking to biking and paddleboarding. If you’re already in the area, then hop down to the Salt Spring Saturday Market and have a word with them about making a memorable experience today!

If you’re someone that loves the peace of a calm sea and watching marine wildlife as well, then you’re in luck. That is because whale watching is one of the special attractions of Salt Spring Island. The Salt Spring Adventure Company can help you out with the whale watching as well! They have a special 12-passenger Zodiac exclusively for people to have a glimpse at the whales in the area.

Photo by Jon Eckert on Unsplash

It is well worth your time and money to invest in a brilliant marine experience scouting the wildlife in the area. Some of the species that you will come across are the Orca Whales, Humpback Whales, Minke Whales, Grey Whales, and Fin Whales. Adding to the benefits, the Adventure Company guarantees a sighting of a whale between the summer months of June to September. If, by some chance you don’t, then they will provide you with a gift card valid for one year, to have another day out with them on the Zodiac.

The Salish Sea near Salt Spring Island is one of the most popular places to try and land yourself a big one in the area. But that’s not all the wildlife that you can see in the area. Apart from whales, the other great animals that you can catch a sight of are the Dalls’ Porpoise, Harbour Porpoise, White-Sided Dolphins, Sealions, Harbour Seals, and the Bald Eagle.

Photo by redcharlie on Unsplash

The Adventure Company stays out a bit longer if you manage to spot a whale on their Marine Wildlife Tour, which normally lasts about two hours. The tours to the nearby islands usually happen in the morning, because it’s the best time to spot the wildlife around Salt Spring Island.

There’s also a chance that you’ll lay your eyes upon a Great Blue Heron fishing along the shoreline of Salt Spring Island. You can cast a rod yourself, you know. Companies like Fishes Wish have got you covered when it comes to fishing in and around the Salt Spring Islands. You can catch some cod, halibut, or salmon in the waters. If you’re lucky, you might even catch some prawn or some crab.

Most fishing charters are based out of the Ganges Harbor in Salt Spring Island, and they have all the equipment that you could need on your trip.

Salt Spring Island has given rise to more artists and famous personalities that you might expect from a population of just over ten thousand. You can have a look at the works of over a hundred artists at ArtCraft, which is one of the oldest exhibits of art and craft in the province of British Columbia. It beautifully captures the history of the gulf islands and is also a gift shop for people to purchase souvenirs and memorabilia. 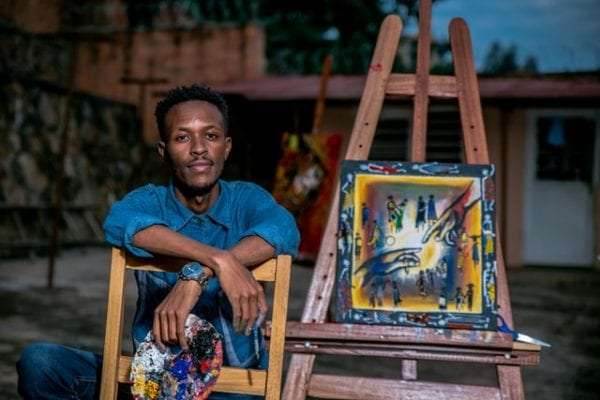 Photo by One zone Studio on Unsplash

There’s plenty of workshops on various topics held throughout the year, and each of them has the potential to influence your creative side very, very strongly. If you have some time to spare, then you should have a look at the Salt Spring Studios. You will require a map to travel through the studio, but if you have a taste for art, then it’s something that you would love to come back to.

There’s a good chance that some artists might even be at the premises to explain how they go about their work. Some demonstrate their skills throughout the day for people to see. The arts and crafts covered in the studio include glasswork, pottery, woodwork, weaving, baked goods, wine tasting, and jewelry making.

As the name suggests, the Saturday Market is open only on Saturdays from April to the last Saturday of October. This is another one of the little things that make the culture of Salt Spring Island special. Another cool thing about the market, that is essential in capturing its essence, is that the vendors have to produce what they sell. No imports, no supplies.

There’s free local music for you to enjoy, and you can even tune it up loud in the local bar if you’re in the mood to unwind over hard drinks. The products in the Saturday Market follow the highest standards and showcase the creativity of about 150 artists from all across the country.

Photo by Natalie Scott on Unsplash

The food at the Saturday Market demands the attention of every foodie in the area, and from across the world. It is simply that good. From baked goodies to seafood, to wine and ice cream, these vendors have it all covered and promise to make your taste buds fall in love with their art.

7. Stuff That You Should Know