A Guide to Best of Ottawa Breweries 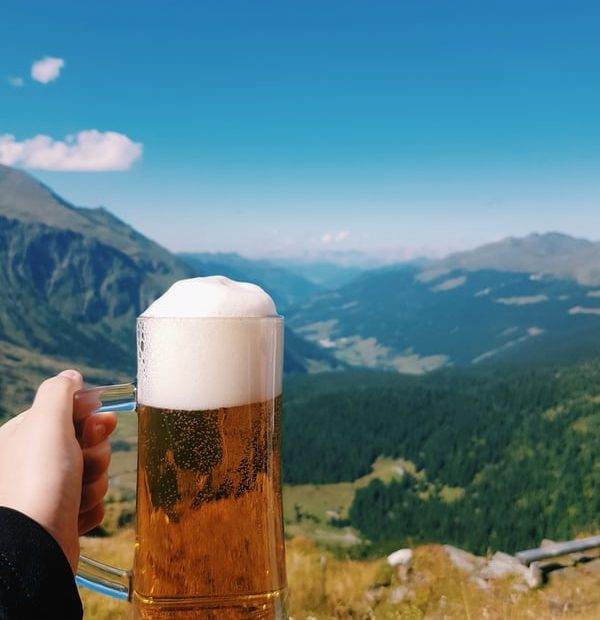 Ottawa is an abode to over eighteen individual breweries, which are getting popular day by day in the entire world. Ottawa is the top haven for lovers of craft beer.

You can take brewery bus tours, be a part of different beer fests and events or savour the enthusiasm in the nearby pubs. You’ll get a lot of pleasurable and delicious roads to Ottawa breweries, which will please your taste buds in the Canadian capital.

Photo by Tatiana Rodriguez on Unsplash

While discovering the lively vicinity of Ottawa, you can visit some Ottawa breweries situated at walking distances from brewery to brewery. Although, if you want to have the proper experience of locally crafted beer, you can let the staff of Brew Donkey plan your brewery tour and drive.

Brew Donkey has services that offer both half-day and entire-day buses. These buses will set you on tour, which will be inclusive of multiple halts at local craft breweries of various types and different sizes throughout Ottawa’s inner-city and countryside.

On every stop, you’ll get to sip on bounteous craft beer samples while you enjoy witnessing brewing running under the table. You can also pick a tour which plans halts at local distilleries, sports programs and events, or game clubs for a change.

You can even plan your own road trip using the beneficial Backroom Deals and Trail Map of Muddy Wheels. It doesn’t matter if you’re already in Ottawa or driving from Toronto, Montreal, or anywhere else; you can have a hiatus at some of the best craft beverage and food vendors on the road. Make sure you have a private & appointed driver so you can actually take advantage of the tasty libations!

List of Some Must-Visit Ottawa Breweries and the Delicious Drinks They Offer:

Bicycle Craft Brewery is at 850 Industrial Ave, Unit 12 Ottawa, Ontario. Timings for taproom hours are 11 AM to 7 PM every Monday to Saturday and closes two hours in advance on Sunday (eleven AM to five PM).

They offer free delivery in Ottawa and its surrounding areas, from Orleans to Stittsville, on 12 cans or shopping of $40.00, and more. Deliveries are done from Monday to Saturday from 10 am to 6 pm. Orders are completed and delivered within 48 hours, but most of them are delivered within 24 hours.

For instant takeaway or takeout, choose in-store to pick up at the checkout and call them when you get there. Bicycle Craft Brewery will set your order for you.

2. Beyond The Pale Brewing Company

Beyond the Pale Brewing Company is Brewing beer for the locals of Ottawa since 2012.

Situated right in Ottawa’s heart, it facilitates the visitors with a big Taproom and patio, perfect for enjoying one of sixteen beautifully crafted beers pouring on tap! Yes, they have 16 different beers to serve. Feeling hungry? Beyond The Pale is the best solution with its palatable BBQ food served in house by the Smoque house team.

If you’re tired but still want to taste the beer anyway, you can choose from their collection the beer you want to taste and order it online. They deliver across Ontario and offer curbside or home-delivery within Ottawa with fresh beer made every week!

Waller St. Brewery is a small brewery in the basement of an old building. This is something of a unique characteristic of this brewery.  In Waller St. Brewery, you’ll see their commitment towards every product they offer.

Every craft beer is made with the three core principles of the Waller St. Brewery, which is Flavor, Balance, and innovation. All the beer made in their brewery is completely natural with zero preservatives, zero gelatin, unfiltered, and the gluten is also discarded. So you’ll get to sip on a healthy beer while keeping your taste buds dancing!

Although it’s famous for beer, wine is available too. In this brewery, beer is well crafted with food, which makes a great combo for every customer.

Flora Hall Brewing was opened on October 27 in 2017, with a capacity of 120 customers. The room is welcoming decorated using a rich wood palette, tiles, and dark metal.

They have seatings and bars in the center and balcony and an attested, full-size garage door that stays up and open on most days when the weather is all clean and nice.

In the Flora Hall Brewing, beer is made in their eighteen hectolitres of two vessel brewhouses, including one bright tank and five separate fermentation tanks.

They manufacture diverse beer styles made with good quality ingredients and with the utmost attention and care with their talented and experienced brewers.

In the Kitchen of Flora Hall Brewing, delicious and sumptuous foods belong to the various parts of the world. Recipes are made with the local fresh ingredients, which are produced seasonally.

This brewery may be a perfect place to come back on an exquisite afternoon or evening to have a seat, have some tasty food and beer, and talks.

Lowertown Brewery is in the ByWard Market in Ottawa. It is one of the fresh breweries added to the Ontario Craft Beer Market. In the Lowertown Brewery, you won’t just get to taste the variability of beers and great food and cocktails, even wines!

Lowertown Brewery was opened in June 2014 and showcases a wholly working brewery and open-concept kitchen, crammed with a smoker and chicken rotisserie to meet all of your hunger pangs.

The patio of Lowertown Brewery offers all-day sun for the shoppers who would really like to enjoy their craft beer and delicious sandwiches within the fresh air of Ottawa.

The founders of Vimy Brewing Company are two brothers in the Royal Navy and are proud Canadians. In their careers, both the brothers visited towns and cities across Canada and observed a similar thread.

The Vimy Brewing Company is named after Canada’s triumph in the Battle of Vimy Ridge (1917). It was such a defining moment for all the Canadians as it is only then when Canada came out of her cage and showed her independence.

Overflow Brewing Company is a perfect choice amongst Ottawa breweries for you if you’re looking for a pretty environment with tasty food and favorite, or you can try out different beers.

Overflow Brewing Company was the first production brewery with a taproom in Ottawa, Ontario, and to host big events that were mainly focused on big-scale music shows in a private setting.

The taproom of Overflow Brewing Company is open for the entire week, where various kinds of parties and concerts are organized.  They also host and organize meetings and barbecues for you if you want so. They also have as large as twenty-five-foot glass garage doors where you can chill and enjoy.

Evergreen Craft Ales first started in a house garage in Bells Corners, Ottawa, on Evergreen Drive in 2015. Seething out 1BBL batches and selling beer straight out of the garage (of course, legally!) Each Saturday in the afternoon. It has grown a small following from its neighbors, colleagues, beer enthusiasts.

In September 2019, Evergreen Craft Ales bumped off the 200 square feet of small garage shop to an all-new, open concept brewery with a taproom within the center of the big box store district on Silver Seven Road, Kanata, Ontario. Here you’ll get to enjoy amazing food with beer in your glasses in an exceedingly sunlit, open, and bright environment.

Big Rig Brewery was founded in 2012, which was a humble 10 barrel structure initially. Presently, Big Rig is the largest craft brewery in the Canadian capital.

It all started for the love of beer, which led to the new brewery in the year 2013 in Ontario, and it has won multiple awards at the Canadian and Ontario awards related to brewing till now.

In Big Rig Brewery, craftsmanship and finding quality ingredients are maintained. They pride themselves in rejuvenating old, classic brewing styles and innovating new ones also.

Big Rig isn’t just a brewery, but a good restaurant too! You can go to the taproom for lunch, which is served every Tuesday to Friday at the Taproom. You’ll get fresh, a chilled beer which is stocked in the fridge.

Big Rig Brewery can be considered as the coolest space when it comes to events in Ottawa. From concerts to team-making nights, their taproom and brewery provide a singular atmosphere paired with a number of the simplest beer around Ottawa.

Big Rig Brewery also organizes brewery tours, which take place between 12 to 4 pm on Saturdays. They carry only fifteen people per tour; hence you can explore better.

Advanced booking is needed for the brewery tour. They charge five dollars, which incorporates tours and tasting. You can also set and plan special group tours.

Photo by Des Récits on Unsplash

You’ll spot local craft beer served at the various events and festivals in the Ottawa breweries in the entire year. Although, the city organizes some events which celebrate the favorite of all, sudsy beverage, beer! Some prefer local brews, while others offer beer, cider, and some other libations from Ontario, Quebec, and more.

Here are some annual events:

Gatineau Beerfest is the largest beer program in the Ottawa region. It has a splendid internal and open setting accompanied by fresh and hundreds of beers from Ottawa breweries, sumptuous food, and musical live shows.

Orleans Craft Beer Festival is an outdoor event which takes place in the eastern downtown. You can cherish some of the finest local craft beer freshly brewed in the Ottawa breweries, live music, food, and much more.

Dominion is one of the famous Ottawa breweries. They host Canada Day events, which feature guest breweries, fun activities you can enjoy with your family, and live music with a beer school.

Beau’s organize a famous family-friendly jamboree on their property,  which is in a rural area (Vankleek Hill), around an hour away to the eastern Ottawa.

In the Oktoberfest of Beau’s, one of the best Ottawa breweries, you can experience private guest breweries, tasty regional food, and one of the top famous Canadian performers. Bus shuttles are available to the Beau’s from Cornwall, Montreal, and Ottawa. You can enjoy camping.

The Oktoberfest of Barrhaven is all about craft beers of Ottawa breweries and other beverages, food, fun activities, and live performances under a huge bier tent in a tiny conurbation in the Southern downtown.

7. Gatineau Winter Beerfest in the Canadian Museum of History (held in February):

This is the winter version of the Gatineau Beerfest. Everything is pretty much the same in this brewery; just the beer is served inside the museum during the winter.

The Ottawa Winter Brewfest of Lansdowne showcases an enormous range of craft beers and beverages from the Ottawa breweries from the area and further on in the cozy atmosphere. 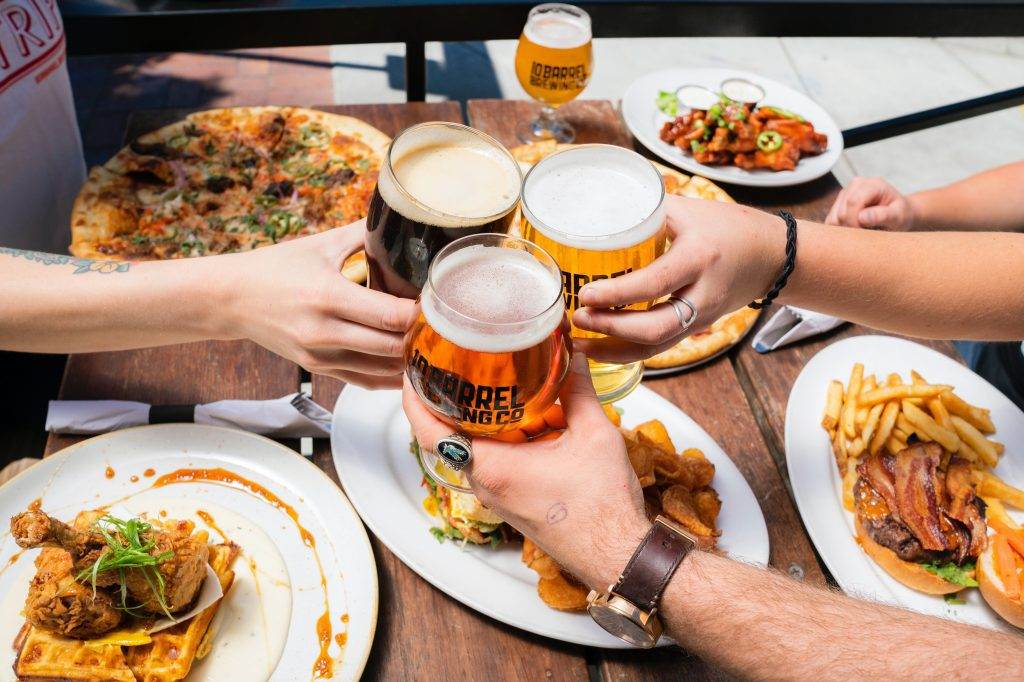 Photo by Elevate on Unsplash

There are a lot of Ottawa breweries, and the number keeps increasing every coming day. Whenever you’re planning a visit to Canada or if you’re already nearby the Ottawa region, ensure you check up on these fantastic breweries with amazing food and an open patio experience. Take back bottles of crafted beer with you!