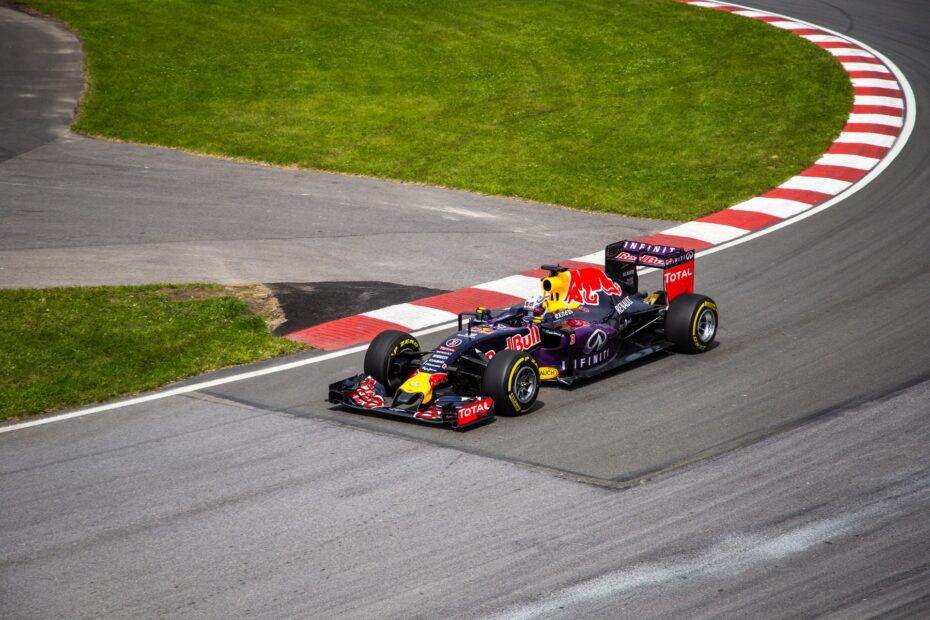 F1 Canada is one of the most awaited sports events in Canada in 2020 this year. The Canadian Prix was scheduled to happen on June 12 – June 14 but has been postponed to occur in October 2020 due to the ongoing pandemic situation.

For those of you who know well about the sport and its beginnings, very good. Those who are unaware, let me give you some quick and interesting facts about the sport before you learn about F1 Canada.

F1 is undoubtedly the most remarkable, thrilling, chilling, and entertaining sport in the world. Formula One or F1, as it is called, is also the most expensive sports in the world for the players involved as well as the audience that is willing to watch it. Sports have been around since the 1930s, before World War II, and after the war and have been mostly centered around Europe. As time went by, the races began to take place across various scenic locations around the world. 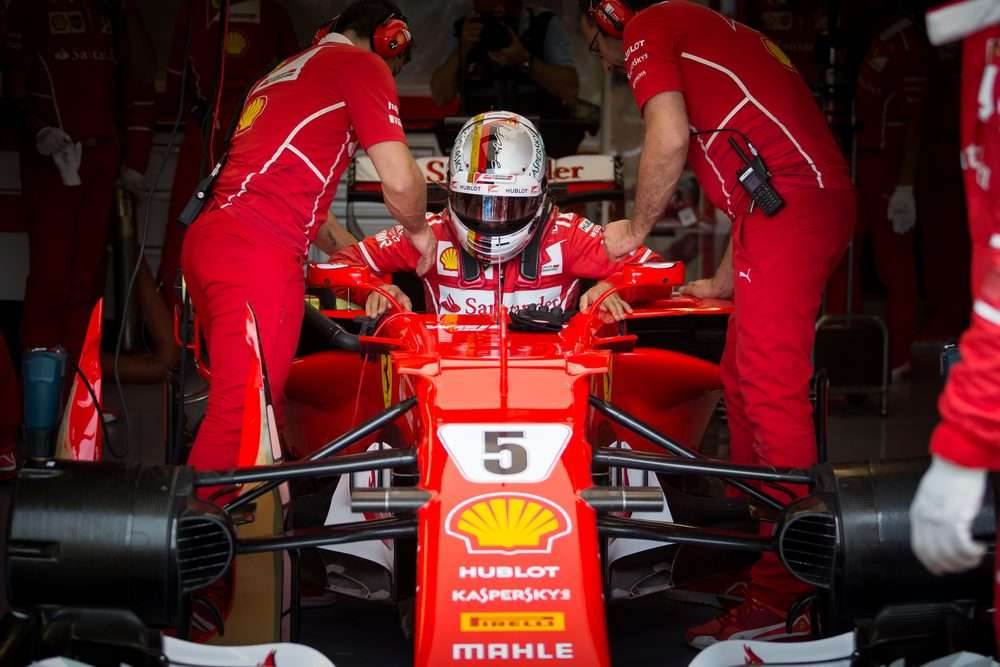 There are two separate trophies. One for the driver behind the wheel called Driver’s Championship and one for the team behind the racing vehicle called the Constructor’s Championship, but competitions for both trophies are held as one race. The F1 race has pushed many automobile makers in the world that took part in the Formula One Championships to innovate and produce some of the best machines in the world.

There are 21 races per season. Each race is held across various scenic circuits across the world. The first official World Championship Grand Prix was held at Silverstone Circuit, London, in 1950. Other famous race circuits include Monaco, Baku, Austria, Abu Dhabi, and Montreal. While some circuits are purposefully built for racing, other circuits are usually drawn out of some public roads for racing.

The Race: Rules and Regulations

The races are usually held on Sundays with Practice sessions on Fridays(Thursdays in Monaco), Qualifying sessions on Saturdays, and the Race on Sundays. Drivers have to run a distance of 305kms or 190 miles within a span of 70 laps in 90 minutes. The driver with the fastest qualifying timing on the Qualifying sessions will be given the pole position (the front place on the row of cars) on the race day.

On the Circuit, each team is allowed to have their pit stops, where the team’s best mechanics wait to repair any damages sustained by the race vehicle. The F1 pit stop mechanics are famous for their swift skills to alter the tires of the car within seconds. A team can have up to three pitstops around the Circuit, for various reasons.

The human-made island on the St. Lawrence River was built-in 1967 for the then World Fair and was used in the 1970 Montreal Olympics. And, following that, the island was mostly left abandoned, when the island’s roads were reconstructed again for the upcoming Canadian Grand Prix in 1978. The Circuit Gilles Villeneuve become the permanent home for F1 Canada since then.

The Name of Gilles Villeneuve 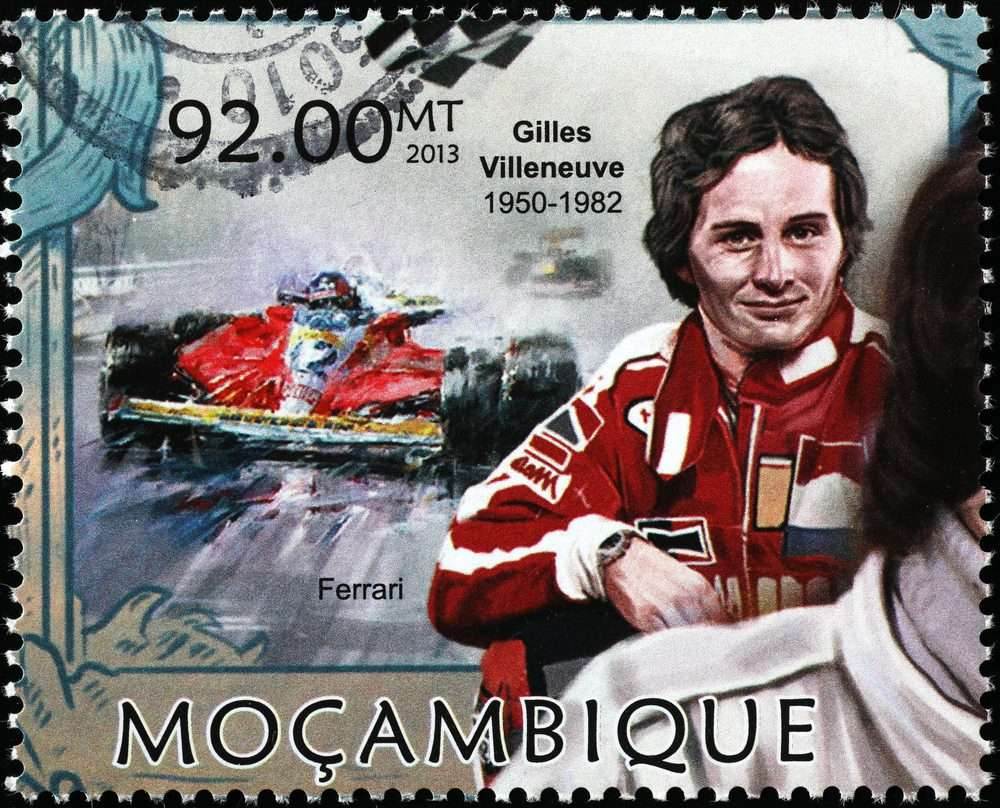 Gilles Villeneuve was the driver of Ferrari at that time and was just 32-years-old at the time of his death. Gilles Villeneuve was a calm, relaxed driver, and he certainly is still the most favorite racer for all Canadian F1 fans. At the track of the Circuit, the tribute to the great racer is still there in the form of Salut Gilles near the pole position.

The Wall of Champions

The Wall of Champions is a long concrete wall on the last turn or called the chicane on the Circuit of the race. What is so special about it? It’s just a wall, right? Wrong, it is not just a wall. The wall was initially named Welcome to Quebec. Still, in 1999 F1 Canada, after three of the champion racers Damon Hill, Micheal Schumacher, and Jacques Villeneuve collided on the wall bringing their run to an end at the race.

Beware of the Rodents 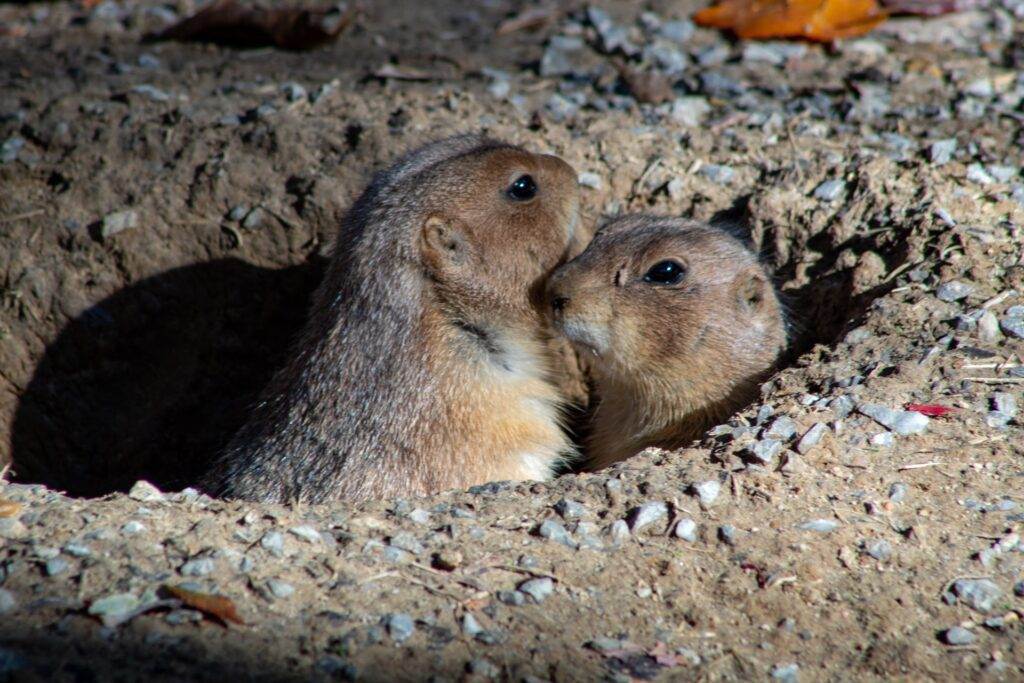 Ever since the human-made island was built, it has become a beautiful home to these little rodents called groundhogs. During the race, it is widespread that these groundhogs just casually cross the tracks without being afraid of getting hit. But when they are being hit, it usually results in damaging the front wing of the car.

Almost every driver racing at Circuit Gilles Villeneuve has encountered a groundhog crossing the track during the race. Although the officials engage in catching these groundhogs ahead of every race at the Circuit, one or the other rodent finds its way to the track. Even Formula One officials said that that could do little about these groundhogs.

These little rodents have become so unavoidable during racing seasons that they have now become an inevitable feature of F1 Canada itself.

Next to Micheal Schumacher and Lewis Hamilton, it is Nelson Piquet with three wins in the years 1982, 1984, and 1991. Other drivers at the next place are Pedro Rodriguez, Jacky Ickx, Jackie Stewart, Alan Jones, Ayrton Senna, and Sebastian Vettel.

Other new victors at F1 Canada include drivers like Kimi Raikonnen, Fernando Alonso, and Jenson Button.

The 2011’s Canadian Grand Prix race was one of the most exciting races in F1 history. Due to rain, the race was stopped for over two hours, and the safety car as well as driving along with the race cars. And, in the end, British driver Jenson Button finished the race in the first position behind the safety cars.

The race lasted for an overwhelming time of 4 hours 4 minutes and 39.54 seconds, the longest timing in F1 Canada history. 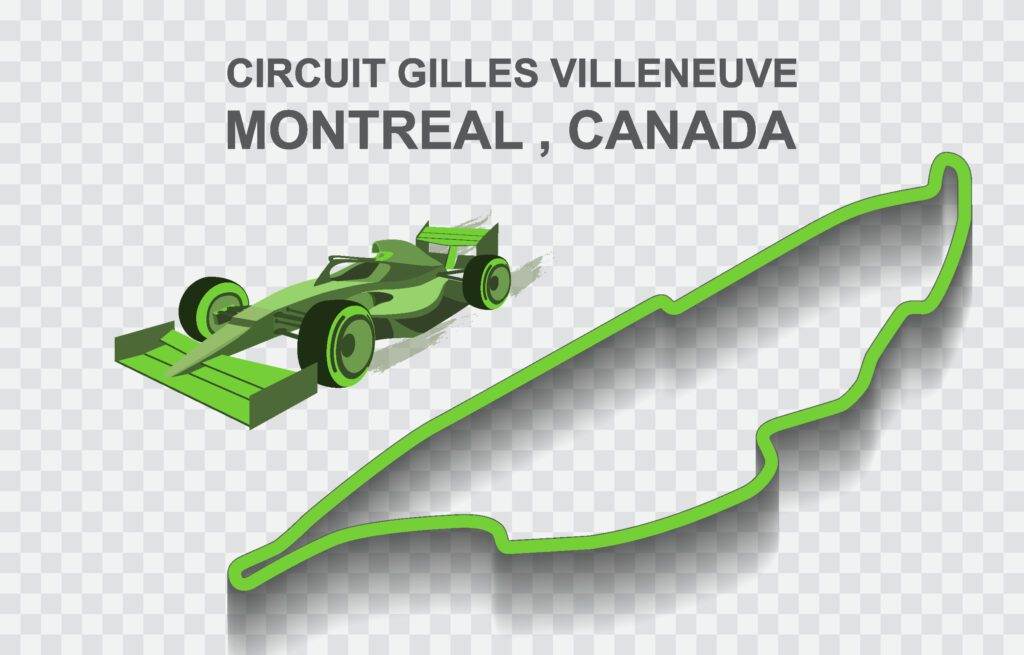 The Circuit Gilles Villeneuve pushes the drivers and their cars to the boundaries of their abilities, especially at those tight hairpins curves you can see in the above image. The L’epingle and the Virage Senna turns are the tightest chicanes of all. The downforce that has to be taken off, while making those tight turns proves the ability of the car to the audience.

Best Places to Watch From. 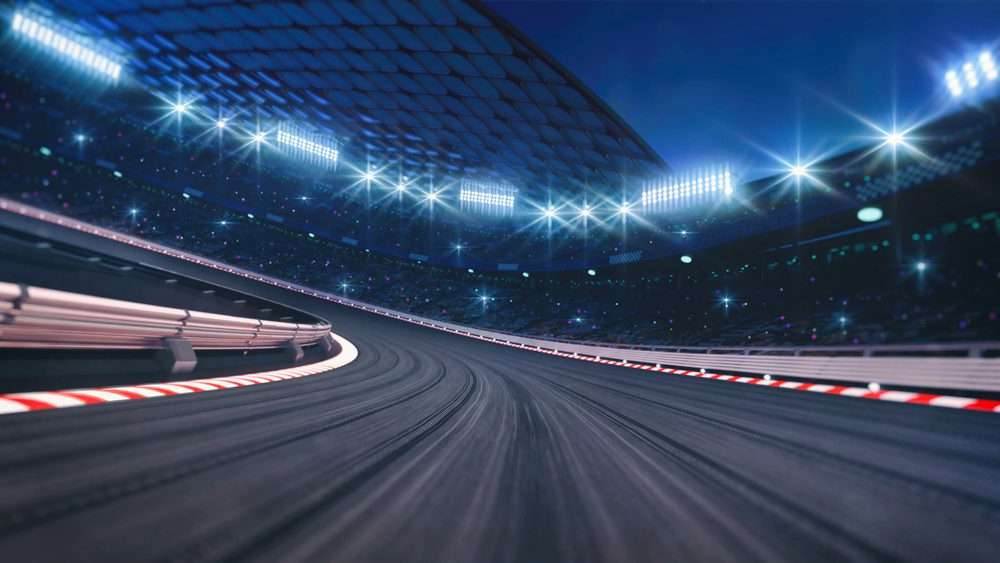 The Grandstands 15, 21, and 24 the three seating places that are positioned near the hairpin bends are the best places for you as an audience to watch the race. The cars tend to brake and slow down while making those tight turns, allowing the audience to gaze at the awesome cars patiently.

If you are seated on somewhere on the seatings along the straight tracks, observing those cars would be difficult while they are traveling at a speed of 130mp/h or 200 km/h. In 2005, F1 Canada or the Canadian Grand Prix was the most viewed sports event behind Super Bowl and UEFC Champions League.

Circuit Gilles Villeneuve has the challenging pitstop exit of all, according to some experts. The door directly lets the cars into the middle of Turn 1 rather than the straight track. This led to some accidents in the past. Because cars that once get into the pitstop lane try to quickly get fixed and exit the lane into the as soon as possible.

So, cars accelerate from the pitstop at high speed, and when there is a curve ahead immediately like here, cars can easily collide onto the concrete walls along the chicanes, in 2008, when Force India’s driver Adrian Sutil was caught up in an accident. Other drivers at the lead, such as Lewis Hamilton, Nico Rosberg, and Kimi Raikonnen, got into the pits.

When Raikonnen stopped due to the red light at the end of the pit, Lewis Hamilton dashed behind Kimi Raikonnen’s car and Nico Rosberg dashing behind Lewis Hamilton. So, the pit lane is the feature that drivers are so cautious in F1 Canada race at Circuit Gilles Villeneuve.

So, How To Get Here?

The most preferred way to reach the Circuit from downtown Montreal is to take the Montreal Subway System and take the train on the yellow line to the Jean-Drapeau Station that is located close to the Circuit itself. The fair on the train is just CA$3.25, and make sure to get a return ticket beforehand to avoid getting stuck in queues.

The Metro is the busiest during F1 Canada seasons as most of the audience prefers this. Or you can take the Navettes Maritimes River Shuttle from Old Port Montreal, which costs CA$4.25 a person, and for children under age 6, it is free. Get down Ile Ste Helene.

But, if you live outside of Montreal and you are coming here for the F1 Canada, you can get off at the Pierre Trudeau International Airport and take the bus service at the airport to downtown Montreal. And, taking a metro from Montreal will be the most comfortable option.

F1 Canada or the Canadian Grand Prix, as it is called, is the most celebrated event of Montrelais. During the F1 Canada seasons, people eagerly book their tickets at the most comfortable seatings to relax and watch the race. If you chance to be in Montreal during the F1 season, do take the time to watch the race.