Manitoba is considered one of the three prairie provinces along with Saskatchewan and Alberta, North America. Manitoba province is located at the Longitudinal Centre of Canada. The province is spread over 649,950 sq kilometers covering a vast landscape. It comprises of a  dense forest, lakes such as lake Manitoba, and prairie lands in the southern regions.

And arctic tundra, and the Hudson Bay in the northern Manitoba region. It has been declared the fifth most populated province of Canada, with an estimated population of around 1,377 million people. Before Manitoba became Manitoba, it was inhabited by Indigenous people for thousands of years who lived and governed the region.

It was in the early 17th Century that traders started arriving in the region and established settlements in different areas of the region. However, in 1673 England occupied control of the region along with constructing a territory named Rupert’s Land.

It was under the governance of Hudson’s Bay Company for a long time. The Rupert Land covered the entire present-day Manitoba along with other surrounding areas. During the time, Indigenous and Metis settlements in the Red River Colony region were increasing.

The uprising allowed Manitoba to become the fifth province joining the Canadian Confederation in 1870 after the Canadian Parliament passed the Manitoba Act.

Winnipeg is the Capital city as well as the largest city of Manitoba Province, which is considered as the 8th largest metropolitan area in Canada. The province has various other census metropolitans such as Winkler, Brandon, Portage la Prairie, Thompson, and Steinbach. 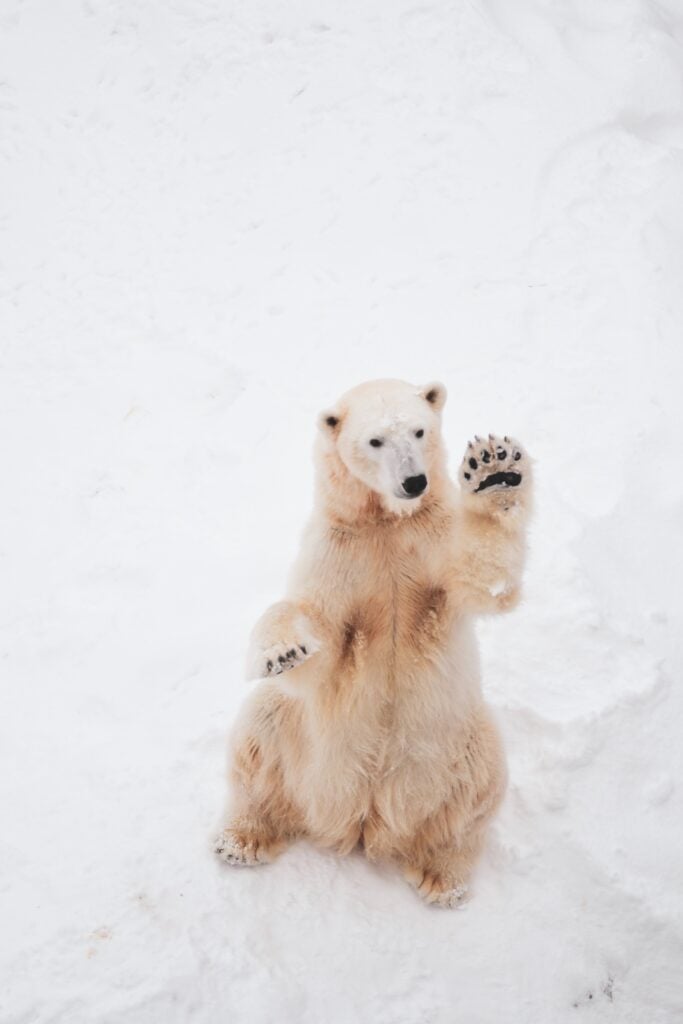 Photo by Bao Menglong on Unsplash

1. Known as the heart of Canada

The Manitoba Province is popularly known as the ‘heart of Canada’ because it represents multiculturalism in all its entirety.  Also, the most common tagline used to refer to this province is ‘where Canada’s heartbeats.’

That is due to geographical reasons, as it is located at the heart of Canada. The province is in the middle of Canada, surrounded by the US States of North Dakota and Minnesota in the South. And Saskatchewan on the West, and Nunavut Territory in the North, and Ontario on the Eastside.

2. The Red and Assiniboine Rivers

The Assiniboine River is a river that runs through the prairie’s province of Western Canada through Saskatchewan and Manitoba. It is a 1,070-Kilometre-long river considered as a tributary of the Red River. The Assiniboine River has two main tributaries, namely, Qu’Appelle and Souris & White sand Rivers. It has also been argued that the name of the river has been taken from the Assiniboine Nation.

3. The House of Great Spirits

The origins of the can be traced back to the word ‘manitou-bou,’ which directly translates into the home of Great Spirits. So, the word Manitoba means a place where great spirit resides according to the beliefs of the Indigenous people. 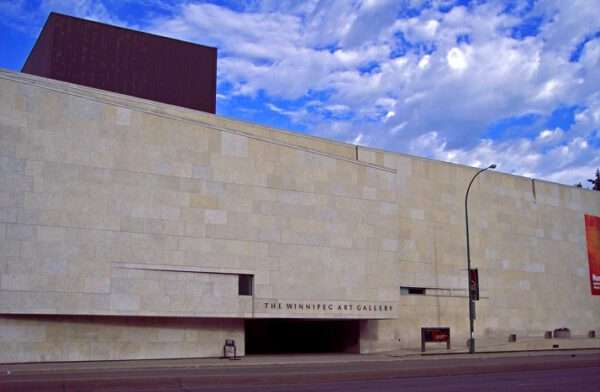 The famous Winnipeg Art Gallery of Winnipeg, Manitoba, has to be included in Fun-facts about Manitoba. The art museum holds a permanent art collection of over 24,000 works. Most of the works preserved here are from Canadians, Indigenous Canadians, and international talents.

Next, the art gallery holds the world’s most extensive collection of Inuit Art. Inuit art is the artwork that is produced by Inuit people. The Inuit people have also known as Eskimos, a term that is not used often now.

DID YOU KNOW? It has come in the notice that there are fewer residents than the Curling Clubs in Manitoba. It is the hub of curling clubs as it has more clubs than Ontario and Quebec City. This another fun-fact about Manitoba one needs to know. 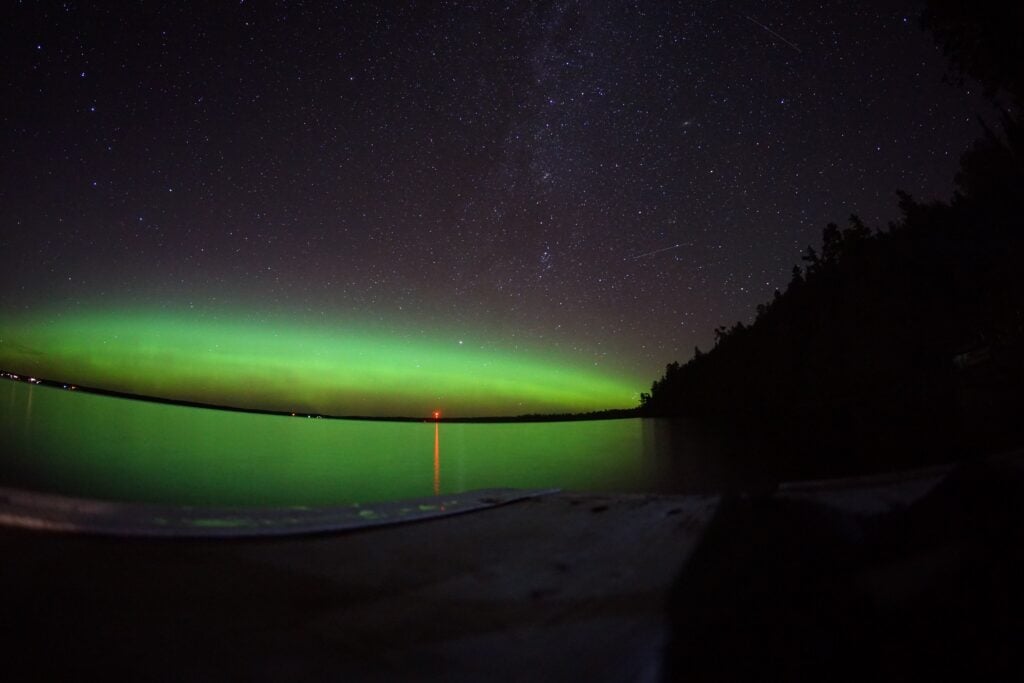 The Northern Lights is one of the best places one can be. And once he/she is there, they will never come from there, I mean metaphorically. Because that is how deep an impression and experience it is going to imprint on them.

The Northern Lights or also known as Aurora Borealis, are bright lights moving up in the sky and making an incredible camouflage of colors.  It is located in the town of Churchill on the far corner of the Hudson Bay.

One can also witness the Beluga whales and Polar Bears in this region as it is famously known as the Polar Bear Capital of the world. And watching the Beluga Whales from far away in another experience in itself.

Another fact is there are no routes by road to reach this place as it is located at a remote location. One can reach there through taking a two and half hour flight or a 48-hour long train from the Capital City of Winnipeg.

As we discussed before, the Manitoba Province is located at the center or the heart of Canada. Following the same reason, it is also called Keystone Province. The reason being its location and shape has to be included in Fun-facts about Manitoba. 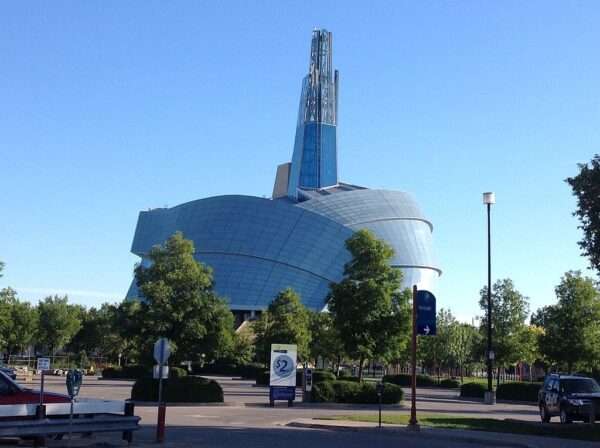 The museum aims to “explore the subject of human rights with a special but not exclusive reference to Canada. To enhance the public’s understanding of human rights, to promote respect for others and to encourage reflection and dialogue.” This has to be included in Fun-Facts About Manitoba.

8. Origin of the name ‘Winnipeg’ the Capital City of Manitoba

Winnipeg is the capital city as well as the largest city in Manitoba. The fun-fact about Manitoba, Winnipeg, is that it is named after well-known Lake Winnipeg. The origin of the name is believed to be from Western words meaning muddy waters.

Emma, CC BY 2.0, via Wikimedia Commons

The limited access to the park seems to be due to two reasons, first, due to its geographical location in a remote area. Second, it acts as a part to help preserve the park in all its entirety. The only way to reach there is by Helicopter from Churchill or Tundra Buggy.

The name Wapusk has been derived from the Cree word for Polar Bears, which are found in abundance here. It is impossible not to mention this in Fun-facts about Manitoba.

DID YOU KNOW?  Winnipeg, the capital city of Manitoba, is considered the largest Slurpee consumer in the world. It has been estimated that when the first 7-Eleven came to the province total of 1500,000 were sold.

The Province of Manitoba has produced many talented figures. Most of them have received great name and fame all around the world. Manitoba has all kinds of talents, such as actors, producers, musicians, players, Olympians, Writers, and whatnot.

Some of the famous names are Neil Young, Adam Beach, Anna Paquin, Guy Maddin, Bif Naked, Nia Vardalos, and others. The most known literary known authors from Manitoba are Margaret Laurence and Carol Shields.

It is also believed that the famous character Winnie the Pooh, is inspired by a Polar Bear in Manitoba. The name Winnie was named after Manitoba’s capital city Winnipeg. Also, the inspiration for the great sleuth James Bond was William Stephenson of Winnipeg is another Fun-Fact about Manitoba.

Bonus Fun-Fact: With the high number of Polar Bears are present in Churchill, Manitoba, residents in Churchill are asked to leave their cars and other vehicles open. This can help if someone has to escape from a polar bear and find a safe place.

These are the top 10 fun-facts about Manitoba. But of course, these are not the only fun-facts existing about Manitoba. There are various others from Riding Mountain National Park to Royal Winnipeg Ballet, from Curling Clubs to longest skating trails and so much more. Without any, I doubt, I can say that Manitoba, Canada is one exciting place to be in.

RELATED: Click here to know about 9 Wondrous Places To See Near Canmore.