Where is Lake Louise: A Great Foreigner’s Guide 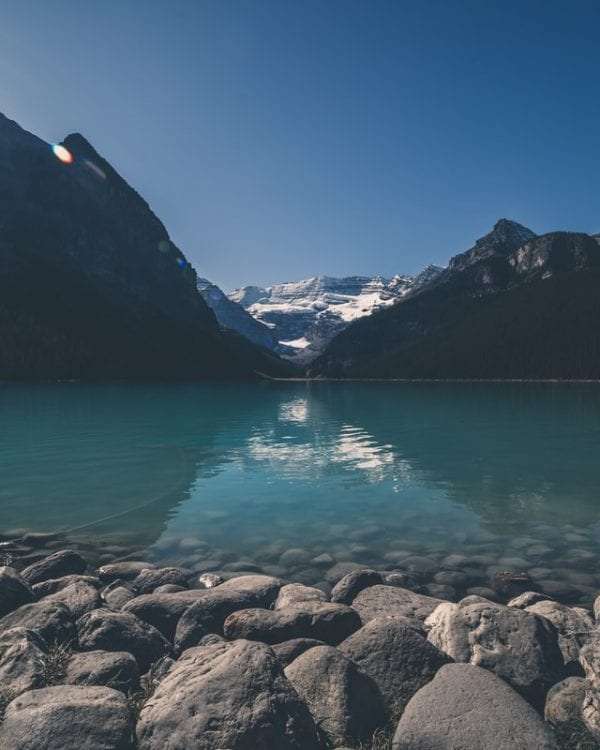 Assuming you’ve heard of the famous Lake Louise but you find yourself asking, “Exactly where is Lake Louise after all?”. This post is written to answer that very burning question.

Lake Louise is also called the Lake of Little Fishes by the native people of Canada due to its shimmering blueish-green hue. Lake Louise is one of the places which is the most photographed spots in Canada and with pretty good reason. In summer, the lake has open water, and if you’re lucky, the temperature rises to as much as twenty degrees Celsius. Fishes like trout, cod, and whitefish can be found in the Lake of Little Fishes.

So, where is Lake Louise? Well, the most straightforward answer is that you can find Lake Louise within the 2.5 thousand square mile confines of the Banff National Park in Canada. The oldest National Park in the country established all the way back in 1885. 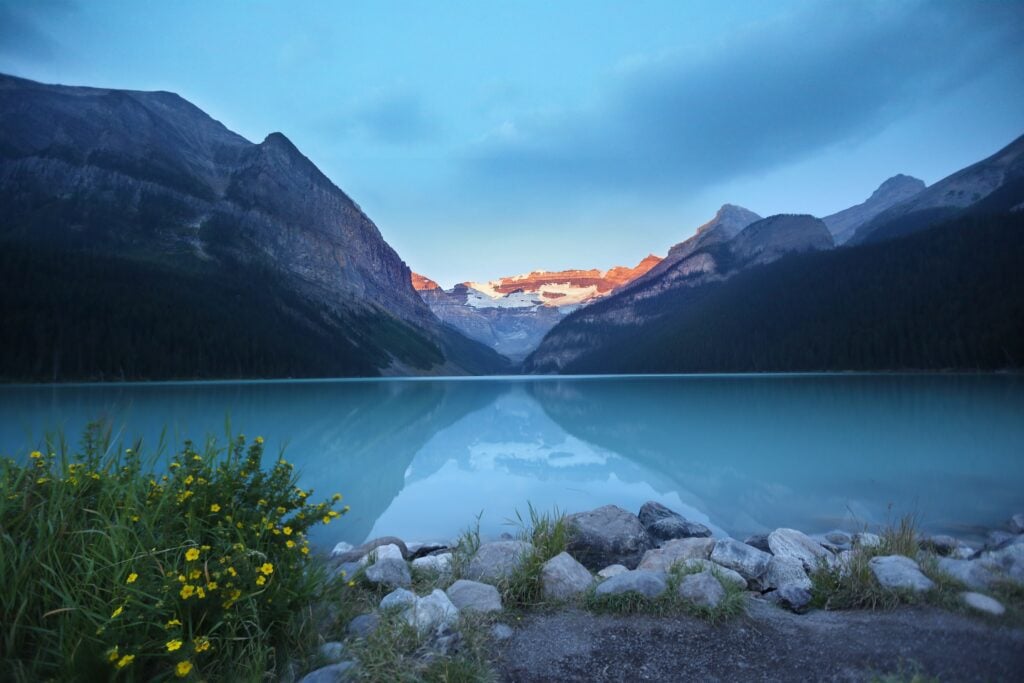 Photo by Roberto Nickson on Unsplash

For the people who live abroad and are not too familiar with the geography of Canada, or for those who simply have a desire to consume as much information as they can about a fantastic tourist destination, the answer can be as long as you want it to.

For Foreigners Flying In 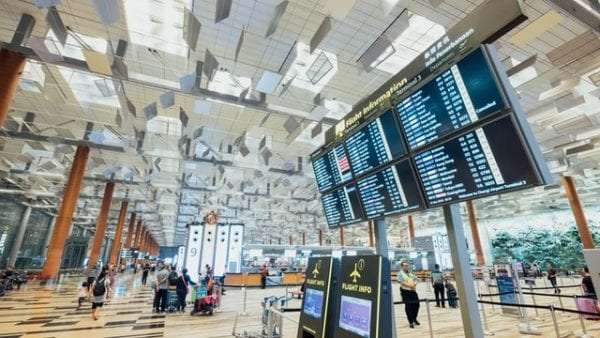 Photo by CHUTTERSNAP on Unsplash

Once you’ve landed on Canadian soil and find yourself in the third-largest airport in Canada, you can either rent a car or take a taxi, or take a bus that will drive you all the way to Lake Louise and back so you probably won’t have to stop and ask people passing by on the street where is Lake Louise located.

Air Canada is one of the most reliable and pleasant airlines that offer flights to and from all parts of Canada. You can read more about the history and services of the largest airline in Canada here.

It’s another fair assumption that you’ve seen pictures of the beautiful Lake Louise, along with hearing about the splendid scenery around those parts. So if you had to explain to some of your friends where is Lake Louise located, you could just say it’s among the Canadian Rockies in Banff National Park. But that’s not very convincing to someone who hasn’t ever heard of Banff before is it, now?

With this point out of the way, let’s learn about the resort town of Banff. It is one of the most popular tourist destinations in Canada and is known most famously for the Banff National Park. It is the second-highest place in Canada, which has permanent residents. The first place is occupied by Lake Louise, which is located at an altitude close to six thousand feet above sea level.

Banff is located 126 kilometers west of Calgary and can be found along the vast stretches of the Trans Canadian Highway. The town of Banff is entirely surrounded by times of mountainous regions. Sulphur Mountain, Cascade Mountain, Mount Norquay, and Mount Rundle. There is no shortage of prominent landmarks around Banff as the town is located just above where the Spray River and the Bow River meet. 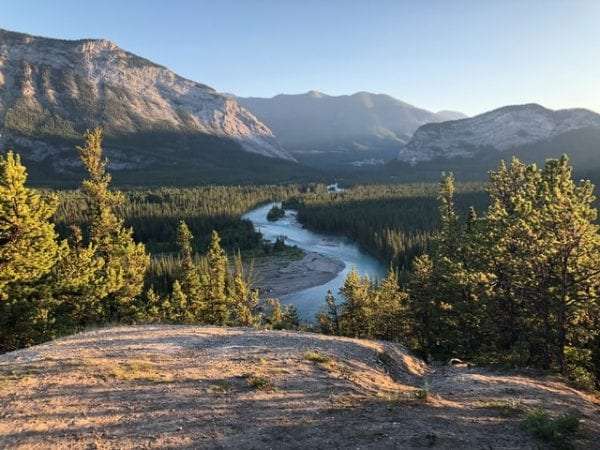 Photo by Jaimie Harmsen on Unsplash

Banff National Park is located on the south-western fringes of the state of Alberta. It is about a 90-minute drive from the Calgary International Airport and can be reached via a private rent a car arrangement, as well as a taxi and a chartered vehicle.

However, if you’re coming in from Vancouver because it’s another brilliant tourist destination with a lot of sights to see (you can read more about that right here), then you would want to drive about 850 kilometers to the east. The drive from Vancouver is quite a time consuming, and it takes about an entire day to reach Banff from Vancouver while enjoying one of the most scenic stretches of road that you will ever lay your eyes upon. The time includes a few locations well worth stopping for. They are the wine country of British Columbia, the outstanding Coast Mountains, and the towering Canadian Rockies.

Now that you have quite a fair idea of how to reach Banff National Park, you’ll have a lot of people around whom you can ask where is Lake Louise. Only this time, you’ll be led right to the shimmering bluish-green waters of the emerald lake.

Traveling In and Around Banff

Lake Louise is not the only tourist attraction that you will come across when you’re in Banff National Park. Other natural bounties around the area include the famous Moraine Lake and the Icefields Parkway, but we’ll get to that part a little later. 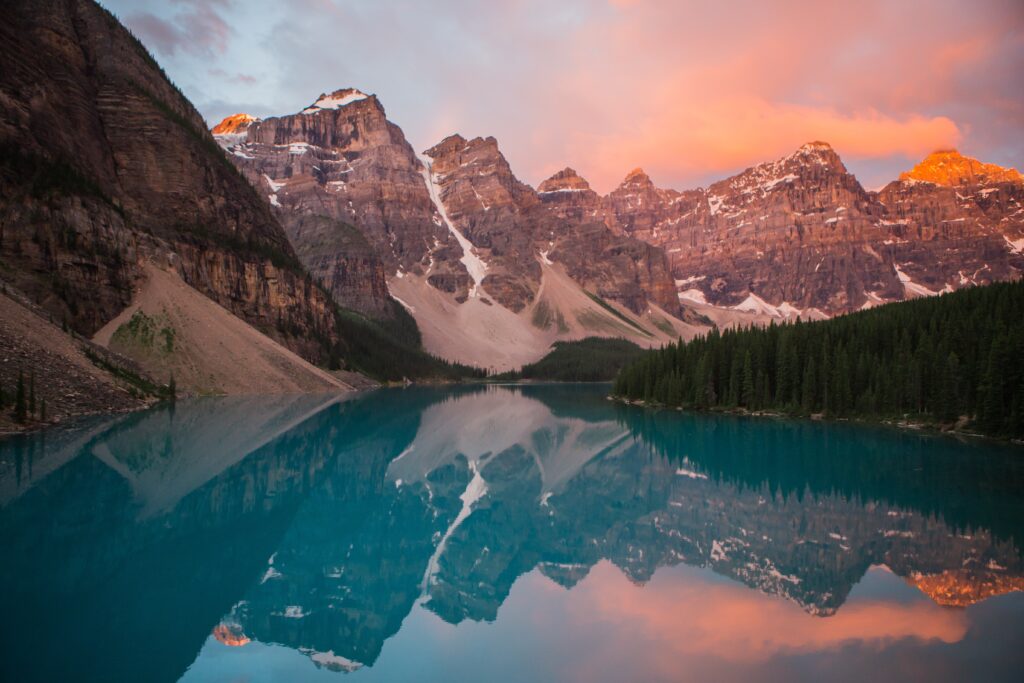 Photo by garrett parker on Unsplash

Lake Louise offers a lot of opportunities for hiking around the area due to the commanding presence of the Canadian Rockies in the background. Along with hiking, canoeing, rowing, rock climbing, and mountain biking are some other means of getting around the place to check out the lake from multiple different scenic angles—each with its own pros.

If you can get your mountain bike because you just can’t do without it, then you’re bound to share a pleasant experience with your pedal-powered buddy. But even if you can’t manage to get your own, that should not be cause for concern because there are ample places that rent out bikes to tourists at relatively affordable rates.

Roam is the local bus system that is used around the Banff National Park, which can be another short and simple answer to “where is Lake Louise?”. Roam was launched in 2008 by the Banff Council so that people, especially tourists, could get around the area without much hassle since most people in the area during any time of the year are tourists.

Taxis are another way to travel around the area, and the taxi business prospers throughout the year because of the sheer number of tourists that come to visit this natural spectacle. Taxi operators can be found easily at any time of the day.

Lake Louise has two distinct areas. Firstly, there are the actual shorelines of the lake, which are at closer proximity to the sky than the underlying Lake Louise Village, also known as the small hamlet. The tiny hamlet is about six hundred feet below the water body and consists of a low shopping center loaded with all the things that tourists would like to spend their money on. The Lake Louise Village also has bakeries and restaurants to offer exceptional dining experiences to the tourists. Each and every person in this area can answer the question: where is Lake Louise.

The small hamlet also has a well-equipped information center, which can offer all the answers to questions and other queries that tourists might have. 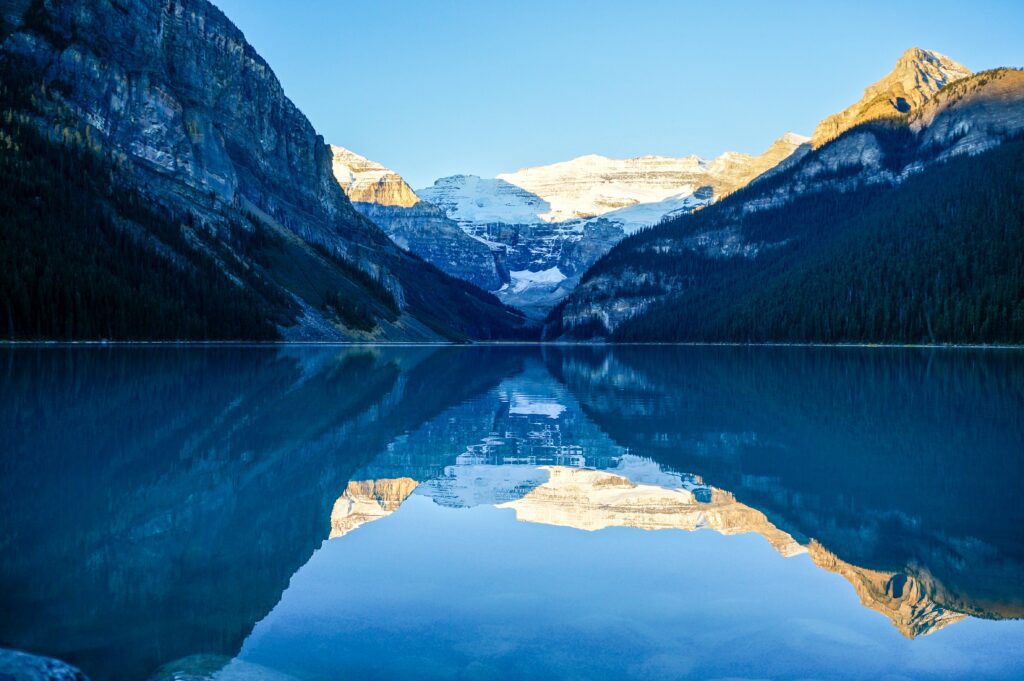 Photo by Jaimie Harmsen on Unsplash

A tiny town near Lake Louise that not a lot of people know about is the town called Field. It is located at a distance of about 26.5 kilometers away from the shores of Lake Louise by roadways. The number of people living in Field is less than 200, so it truly qualifies as a small town.

This is where you should be looking for if you feel like you want to make a short stop just before you reach Banff.

Jasper National Park is another fantastic site that you should consider checking out once you’re done figuring where is Lake Louise. You can reach Jasper National Park via the 150 mile Icefields Parkway which offers you stunning views of mountains and icy fields while traversing through to the more significant National Park. 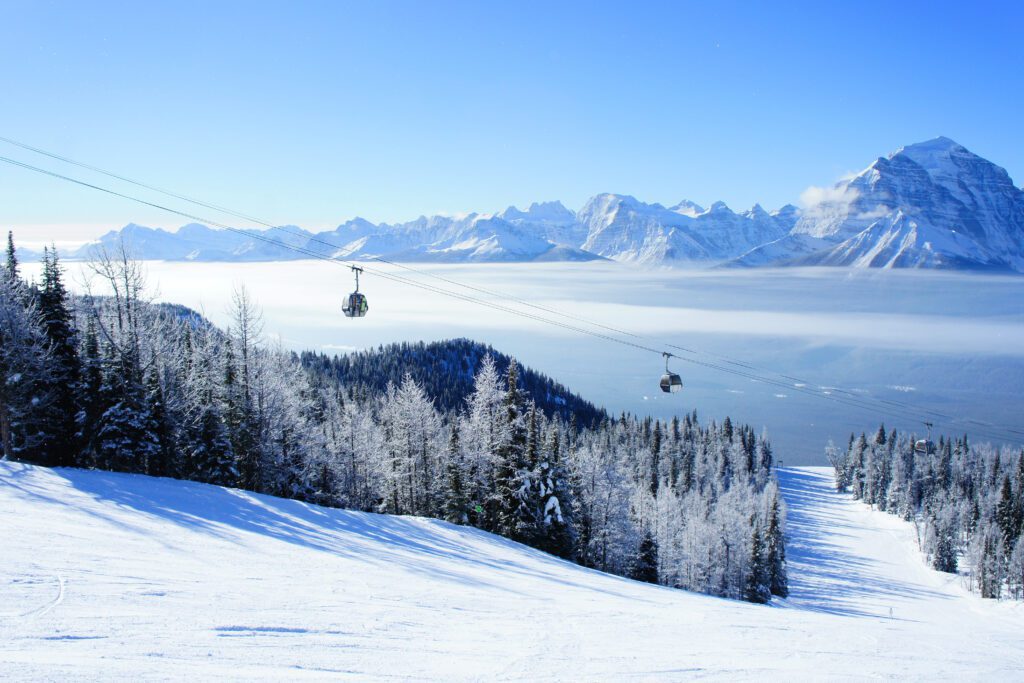 Hopefully, now the answer to the question “Where is Lake Louise?” seems a bit clearer. There is no fixed best time to visit the lake as it offers different experiences during different times of the year. During November through to as late as June, the lake is frozen, and winter attractions like skiing, sledding, and snowboarding take over. In the summer, you can chill out on the shores of the beautiful lake while enjoying a picnic with a group that you like to travel with as it is a favored picnic spot. Hope to see you at Lake Louise soon!