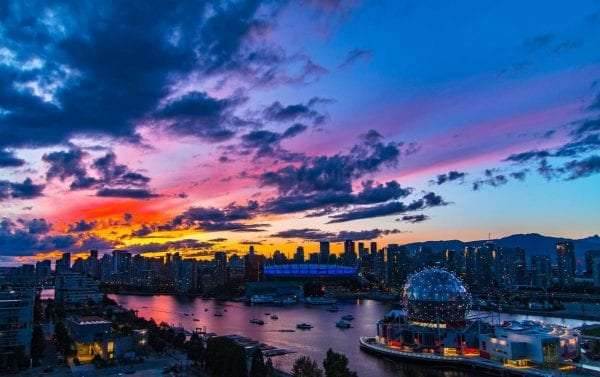 The task of describing the beauties of this region will, on some future occasion, be a very grateful task to the pen of a skilled panegyrist. The serenity of the climate, the innumerable pleasing landscapes, and the abundant fertility that unassisted nature puts forth require only to be enriched by man’s industry with villages, mansions, cottages, and other buildings. — Captain Vancouver

Contents
The Aesthetic and the Adventurer1. Stanley Park2. Water and ice-related sports3. Whistler Blackcomb Resort4. Grouse Mountain5. Mount Seymour6. College and Culture of southwestern British Columbia7. The Chinese influence on british Columbia8. The People of VancouverClosing ThoughtsOther honorable places to add to your plans if you are visiting

The spirit of the words in “The Voyage of George Vancouver” still lives on in the present.

It might not be farfetched to say that this particular city shines in all these aspects and more. The picturesque port city of Vancouver, a jewel of British Columbia, was indeed “enriched” to give rise to one of the world’s most liveable, beautiful, and visited cities.

In this article, we shall explore some aspects of this city and find out why it is increasingly regarded worldwide as an ideal tourist spot and one of the most liveable cities in the world.

The Aesthetic and the Adventurer

It is a beautiful port city that can easily make any urban aesthete fall in love with it. One of the reasons for its beauty is the geography of its location.

Pristine beaches with shores kissed by blue waves and a skyline crowned with the majesty of the North Shore Mountains; are only some of the natural beauties bestowed upon the city.

Cradled between the majestic North Shore Mountains and the Pacific shoreline, Vancouver is a city in natural confluence with nature.

The city itself houses what may be called “a huge green oasis” bordering its downtown area. One will never be at a loss if one seeks to enjoy nature’s thrills and serenity.

Vancouver is dotted with green spaces where one can find a respite from all the hustle and bustle of the city. What’s more, these parks aren’t just copies of themselves.

Each has a unique character and is conducive to different activities, whether walking your dog, roller-skating or spending quality time with your little tike.

Situated in the downtown area, Stanley Park is the “big daddy” of all parks in Vancouver. It is a huge swathe of natural rainforest, carefully curated and maintained to be easily accessible and can be explored in myriad ways.

One can take the scenic route, traversing the Stanley Park Seawall. The pathway is ideal for biking, roller-skating, or simply walking while taking in breath-taking views of the northern mountains, the Lion’s Gate Bridge, the blue waters of the Vancouver Harbour and English Bay, or just the cityscape itself.

You’d be lucky if you visited Stanley Park in spring or summer. The park houses several pristine gardens, which are completely free to be explored and are at their peak bloom at that time of the year.

The park has a landscaped rose garden comprising over 3000 different plants. There is also a Shakespeare Garden adjacent to it, housing all the different trees mentioned in the plays and sonnets of Shakespeare.

Rhododendron lovers would find themselves gaping at the sight of the Ted & Mary Grieg Rhododendron Garden, with a staggering number of hybrid rhododendrons and azaleas.

It doesn’t end there with the flora in Stanley Park. Each year, Stanley Park uses its nursery stock to create a carpet bed from suggestions made by the public. This gets displayed at the highest point in the park, Prospect Point.

Stanley Park is also a place where one can go to get a glimpse of the region’s history. Totem poles stand proudly amid the lush green cover of the park, harkening back to the mysterious tribal past when animists and shamans called the region their home.

Other Parks in Vancouver

The flower gardens in Stanley Park are not the only ones in the city that will dazzle and mesmerize you with their staggering display of nature’s flora.

The tranquil Queen Elizabeth Park not only boasts picturesque views of the cityscape of Vancouver but is also well known for its free flower gardens, which bloom all year round.

A special feature of this park is the elegant “dancing fountains,” which add a special flavour to the park and make it stand out from the rest.

Vancouver is also home to a park with the chuckle-worthy name of “Dude Chilling Park.” The park channels the “hipster” air of its Mount Pleasant neighborhood and is notable for its reclining figure, or “chill dude,” as it is popularly known.

Vancouver is bestowed with a generous amount of coastline and is situated on the shores of Burrard Inlet, the Georgia Strait, and English Bay.

Moreover, the region is peppered with serene rivers, coves, and inlets, making it ideal for water sports enthusiasts. For instance, one can participate in a thrilling whale-watching excursion by taking a seaplane across the Strait of Georgia to Victoria Island.

From there, one can cruise across the Haro Strait to encounter killer whales, sea lions, and seals in their natural habitat.

Vancouver won’t alienate snowboarding and skiing enthusiasts because it is close to some mouth-watering snow trails and adventure parks.

Whistler Blackcomb Mountain is an ideal spot for such activities. Its nearly 8000 acres are dotted with adventure parks and several trails.

Moreover, the two peaks, Whistler and Blackcomb, are connected by a gondola zip-line, making it convenient to experience the whole region and pick and choose the most preferred spots.

Unsurprisingly, people chose this region as one of the most important venues for the Vancouver 2010 Winter Olympics.

Grouse Mountain is a convenient spot, being quite close to downtown Vancouver. It has a variety of outdoor activities to offer, starting with skiing, snowboarding, and skating.

Other than these, it is also a popular site for trekking. One willing to give in to a thirst for adventure can embark on the Grouse Grind trail, a rugged trek from the North Vancouver Plateau to the majestic Grouse mountain peak.

Moreover, one can drink in the sweeping cityscape of Vancouver while zipping through the Skyride and travelling to Peak Chalet.

Besides offering thrilling snow trails, Mount Seymour stands out from the locations mentioned above.

It is also an ideal site for taking a family trip to the snowy mountains. Mount Seymour hosts Family First Night, a free, family-friendly event for all ages.

It is an ideal event if you’re looking for an evening in the snowy mountains filled with firecrackers and delicious cuisine, all amidst the warmth and laughter of your family.

Yes, our exploration of things to do and see in Vancouver is not done yet. One can mingle with nature and venture out onto the Pacific Ocean or into the snowy North Shore Mountains for thrilling adventures.

Yet, that is only a fraction of what Vancouver has to offer. At this point, quoting the meme, “to op, pls nerf!” seems suitable.

If you walked down Granville Street in downtown Vancouver, you’d be bombarded with wholesome aromas from breweries, the streets bustling with pedestrians exhuming a “professional” air.

The streets, lined with elegant shops, the crowd; the smell; and the general atmosphere will conspire to remind you that a huge part of the community is fueled by up-and-going students from the world-class universities and colleges you will find in Vancouver.

The city is undoubtedly one of the best places for education in Canada.

UBC is a seat of innovation and world-class education, epitomizing its motto, Tuum Est (It is Yours). It has a vibrant and thriving campus life comprised of Canadian and international students.

Among its alums are 71 Rhodes Scholars, 3 Canadian Prime Ministers, and 65 Olympic medals have been won by its varsity athletes. Moreover, UBC is held globally as a top-tier institution, placing 37th in the world in the Times Higher Education (U.K.) 2019 ranking.

Undoubtedly, another heavyweight at Simon Fraser University in Burnaby, Surrey, and downtown Vancouver.

The campus is notable for its unorthodox and futuristic architecture, starring in various sci-fi movies such as Underworld (directed by Len Wiseman).

It has consistently ranked as Canada’s top comprehensive university in the Maclean’s magazine ranking in the consecutive years’ 08, ’09, ’10, ’11, and 12.

7. The Chinese influence on british Columbia

Vancouver is the site of the confluence of the cultures associated with the city throughout its history, giving rise to a unique and vibrant cultural atmosphere.

The city’s multicultural nature is evident from the thriving Chinatown of Vancouver, fuelled by the descendants of the Chinese workers brought during the construction of the Waterfront Station.

The native seafood of the region has combined itself with the Oriental influence in Vancouver to make Chinatown a site of a buzzing and thriving food scene.

The area is furnished with traditional Asian bakeries, dim sum restaurants, and dazzling cocktail bars. One might easily stumble upon an old-school rustic-style apothecary with shelves lined with jars of ginseng and dried fish.

The streets are lined with shops of all shapes and colours, from the hip, up-and-coming indie fashion outlets to Chinese grocery shops stocked with live seafood and exotic vegetables.

A visit to Chinatown in Vancouver is incomplete without a stroll through the serene Dr. Sun Yat-Sen Classical Chinese Garden.

The garden is well known for its new pavilions, elegant covered walkways, and jade green pond filled with koi fish. No effort and expense were spared in its construction in 1986 by fifty-three master artisans from China.

The first of its kind outside China, it was built with 950 crates of traditional building materials and constructed using 14th-century methods. It is an ideal place to visit all year round, is family-friendly, and has wheelchair facilities.

Besides the oriental flair of Chinatown and the natural beauty that the city is touched by, the architecture of its buildings cannot be overlooked.

The city is a treasure trove, a mining site for any urban photographer. Perhaps this is why it is “disguised” as various other cities in major films in Hollywood; examples being the Bronx in “Rush Hour” and North Korea in “The Interview.”

8. The People of Vancouver

According to the 2016 census, Vancouver is the most populous city in British Columbia, with an estimated population of 631,486 people.

The city has a diverse, multicultural atmosphere; according to a census, 52% of its residents have a first language other than English. Roughly 30% of the city’s inhabitants are of Chinese heritage.

According to the 2016 census, Vancouver is the most populous city in British Columbia, with an estimated population of 631,486 people.

The city has a diverse, multicultural atmosphere; according to a census, 52% of its residents have a first language other than English. Roughly 30% of the city’s inhabitants are of Chinese heritage.

One can easily take two or three days to explore Vancouver’s delights and then return with a storehouse of memorable moments.

The residents proudly call the city their home, and tourists cannot help but be taken aback by its beauty, elegance, and character. It is an ideal place to spend your holidays. Why You Should Visit Vaughan Ontario: Top 10 Reasons
Next Article How to Apply for a Canadian Tourist Visa
Leave a comment 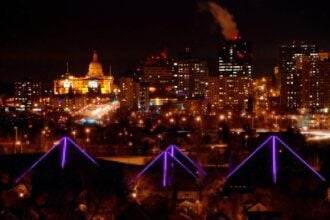