unsplash
SHARE
The blue waters of the Georgian Bay shoreline on one side, Lake Huron on the other. The Bruce Peninsula is located in a great setting, and it has a lot to offer.

It is a place rich in history, not just regarding its discovery and politics, but its natural image as well. The Bruce Peninsula forms a part of the Niagara Escarpment. It has a lot of natural value which we’ll look at in just a little while.

The Bruce Peninsula is found in the province of Ontario and is part of the Bruce County. It might not seem like a very accessible, tourist-friendly place like the rest of Canada does.

But it is actually a lot better than you might expect. There are tons to explore, along with a lot of wildlife to observe. It is a popular attraction for hikers and photographers.

Without further ado, let’s see why the Bruce Peninsula is one of the best in Ontario! Use this guide to plan your trip to perfection.

Here is a perfect guide for camping in Bruce Peninsula.

1. A Brief History of Bruce Peninsula

The number one sign of a true traveler is their will to know more about the past of the place they are visiting. Just like people have stories of how they came to a certain point in their life, tourist spots are no different.

The Bruce Peninsula is named after James Bruce, the 8th Earl of Elgin. He was also the Governor-General of Canada. Until the middle of the 1800s, the area now known as the Bruce Peninsula did not exist. It was controlled by the people of the First Nations.

Historical evidence suggests that Ottawa people were living in Canada before the Europeans. Before that, the Saugeen Ojibway controlled everything in the area.

Long story short, the Ojibway people made a pact with the Canadian government. The pact basically included them in the Canadian map. It was done in exchange for education to lead a better lifestyle.

The Ojibway later came to a decision that they felt cheated. They have been trying to claim their land back since 1994. According to them, the crown had not held up its promise of protecting the Aboriginal Lands.

2. National Parks in the Bruce Peninsula

There are 2 National Parks located in the Bruce Peninsula. There are 8 Ontario Parks and 4 Federation of Ontario Naturalists Parks along with the two national parks.

These places make the Bruce Peninsula a really popular attraction. Let’s take a look at the two prominent national parks where you can camp!

It is one of the largest protected areas in southern Ontario, with an area of 156 square kilometres.

The Dolomite cliffs rise along the shoreline of the national park that faces the blue waters of the Georgian Bay shoreline. Grottos have been formed along these cliffs, as the erosion of the rocks continued.

These grottoes are now the main attraction of the national park, along with the park that leads to the Bruce Trail.

You might want to check out the West Coast Trail Campsites in British Columbia. You can test your hiking prowess.

It’s quite long and is one of the many hiking trails that can be found along the region.

This region is great for Bruce Peninsula camping and for exploring wildlife, apart from hiking. With the hike to the grotto ahead, you will anyway have this experience eventually!

The hike to the grotto is full of beautiful orchids and ferns. The trail is a really popular attraction.

You might also see Mississauga rattlesnakes and frogs. Occasionally, you’ll also find black bears roaming around in the area, so do keep bear spray handy.

Bruce Peninsula National Park is the first national marine conservation area in Canada. Its purpose is to conserve and protect freshwater ecosystems. Apart from that, the Fathom Five National Park displays shipwrecks and lighthouses.

Flowerpot Island is one of the most famous islands which are part of the Fathom Five. It was established in 1987. It has now been declared a National Marine Conservation Area (NMCA).

The flowerpots in the area are basically the cliff edges that branch out from the main island. Vegetation is still growing in these branches.

Have a look at all the major shipwrecks present along the blue waters of the Georgian Bay shoreline. If you’re passionate about the vessels of the sea, then this is a great place for you. Also, visit the West Coast Trail mentioned above.

Bruce Peninsula’s own website, Beautiful Bruce Peninsula has been quite active. It informs visitors about the places to explore. Download their guidebook to the Bruce Peninsula. You will find a detailed account of navigation through the area.

It might be a pocket-pinching experience, but it’s worth it if you’re not willing to walk all the way to Tobermory. The entrance to the Head of the Trails parking lot is found at the end of Cyprus Lake Road, about 5 kilometres long.

If you’d like to have a look at Cyprus Lake, the entrance lies 10 kilometres south of Tobermory, just off Highway 6. You can also visit the Cyprus Lake Campground near the lake shoreline.

You can find picnic tables and a firepit with a grill. Washrooms and cold water taps are also available. Cyprus Lake Campgrounds are a fun experience if you reserve in advance.

5. Campgrounds of the Bruce Peninsula

Looking for designated campgrounds for a stay in the area? Keep thee places in mind as you plan your trip. Check out the list below for the names of some of the most reliable campgrounds:

Might just prepare you for the hike to the grotto!

As mentioned above, there are six Ontario Parks in the Bruce Peninsula. They are:

Of all of the Ontario Parks mentioned, Lion’s Head is the most prominent one. Let’s have a look at all the lighthouses present in the area as well:

It’s a great idea to give all of them a shot while you find yourself around the Bruce Peninsula area.

Arguably the crown jewel of the Bruce Peninsula, the Bruce Trail is also named after James Bruce. It is the oldest and the longest marked hiking trail in all of Canada.

The Bruce Trail spans a vast 890 kilometres (550 miles). It starts from the Niagara River and ends in the village of Tobermory in the Bruce Peninsula.

The trail traces the route of the Niagara Escarpment as it leads to the south. The Bruce Trail crosses a lot of great tourist spots. You can try taking a hike on the longest hiking trail in the great white north to cover all of them.

Waterfalls can be found in plenty, on the Bruce Trail. None of these are more popular attractions than Niagara Falls.

A detailed course of the Bruce Trail can be found at this link. There are a lot of other prominent smaller trails in the Bruce Peninsula, check them out on the map here.

Sauble Beach lies on the northern edge of the Saugeen nation and the eastern shore of Lake Huron. It was originally named by the French but has now developed its own identity as a small community of people.

Public transport doesn’t exist in the Sauble Beach area. All the permanent residents in the area are dependent on their private vehicles.

Sauble Beach’s motto is one that I wholeheartedly agree with, and hope that you will too: Live life slow.

9. Things to Keep in Mind

Here are some tips before you plan your trip to the grottos.

Go ahead, make reservations and plan your trip! 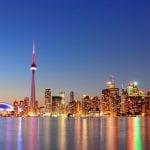 14 Best Places To Take Pictures in Toronto
Leave a comment 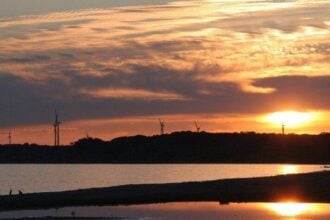