The holiday season is unquestionably everyone’s favorite time of year. Everybody currently has their eyes on Canada holidays 2020, and for a good reason! Singing, dancing, and all-around merriment are the things everyone searches for in their lives, so it can never be too early to start planning your Canada holidays 2020!

Planning your holidays can be a momentous task. You have to keep track of dates, reservations, locations, and budget! This is why we have compiled a list of the dates of this year’s holidays and the best locations to visit. To ease your planning process, keep reading ‘How to Spend Canada Holidays 2020.’

When Are Canada Holidays 2020?

While the holiday season may be a constant in all of our lives, the actual dates change vastly from year to year. That is why we have compiled a list of the dates of all the Canada holidays 2020.

Some of the holidays’ dates are fixed and are not subject to change (they are usually called statutory holidays). For example, there is no ambiguity over the date of Christmas, new year’s eve, and new years day, which will always fall on 25th December, 31st December, and 1st January, respectively. 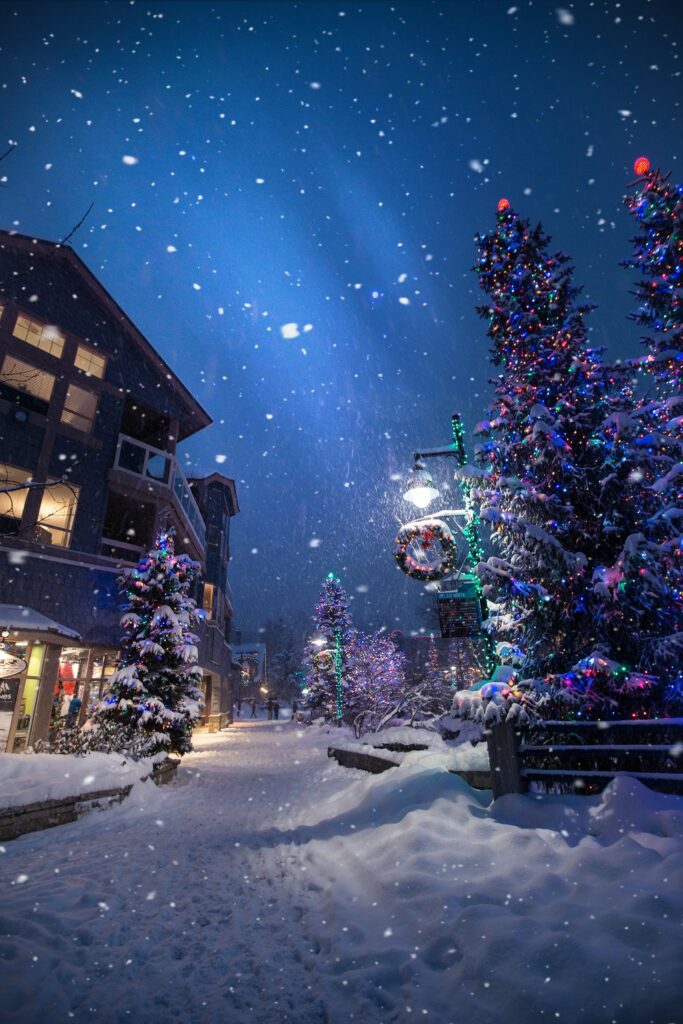 Photo by Roberto Nickson on Unsplash

Some other fixed holidays include Boxing day on the 26th of December, Thanksgiving on the 12th of October, Remembrance day on November the 11th, and Canada Day on the 1st of July.

Unlike the fixed holidays, some public holidays in Canada have a different date every year (usually because they are tied to a certain day of the week).

The first of these holidays is Good Friday, which will fall on the 10th of April 2020. Since Good Friday is celebrated as the Friday before Easter, it is obvious that Easter Monday will fall on April the 13th, 2020.

Victoria Day comes next, occurring on May 24th this year. Labour day arrives one day earlier each year, and 2020 is no different. This Canada Holiday 2020 will fall on the seventh of September (a Monday).

Some of Canada holidays 2020 are observed in just a handful of areas. Not all 13 provinces and territories in Canada celebrate the same holidays, and many places have their own regional holidays.

Manitoba celebrates Louis Riel’s day to honor the man referred to as the father of Manitoba. This year, Manitoba will celebrate him on Monday the 17th of February.

Family day is a provincial statutory holiday observed by six different Canadian provinces and territories. Alberta, British Columbia, New Brunswick, Ontario, Prince Edward Island, and Saskatchewan all celebrate the holiday on February 15th, which is a Saturday this year. 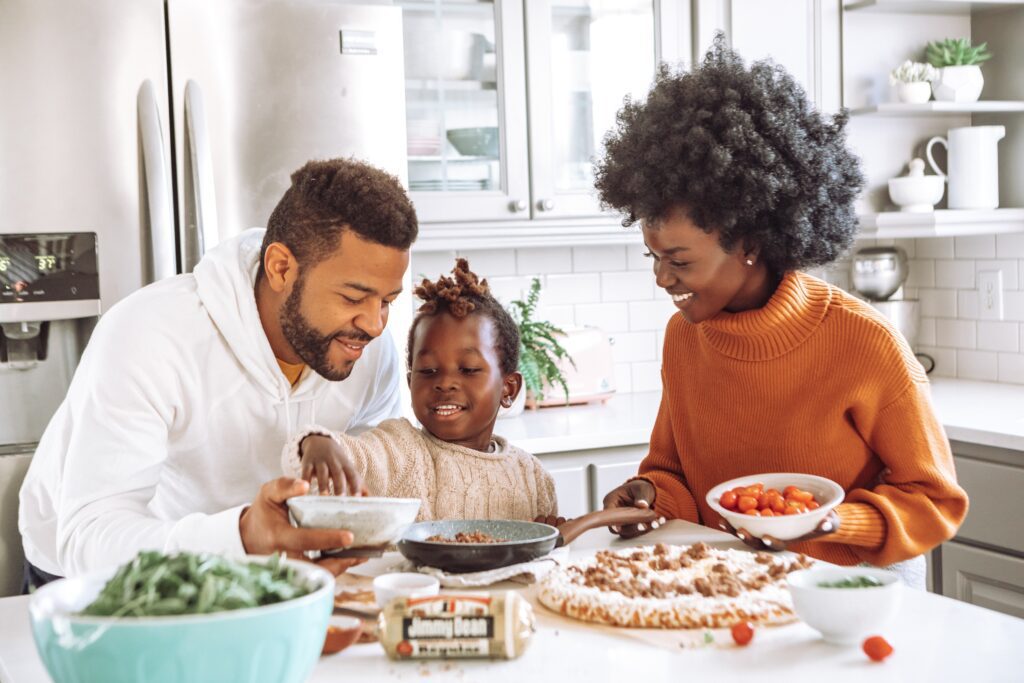 Photo by Jimmy Dean on Unsplash

St.Patrick’s day is a popular holiday observed by many people worldwide. Despite this, there is only one province in Canada that observes the day as a public holiday. Newfoundland and Labrador will celebrate this holiday Monday, the 16th of March, 2020.

Newfoundland and Labrador also grant a government-approved paid holiday for St. George’s Day. This another one of Canada holidays 2020 to be celebrated on a Monday. The exact date of St.George’s day is assigned annually as the Monday closest to the death of St.George (April 23rd). This year, that day falls on April the 20th.

The French province of Quebec observes National Patriots’ Day (known as ‘Journée Nationale des Patriotes’ in French) as a regional Canadian statutory holiday. The day is a commemoration of the Lower Canada Rebellion of 1837 and is celebrated on the Monday before May 25th each year. In 2020, this will be the 18th of the month. 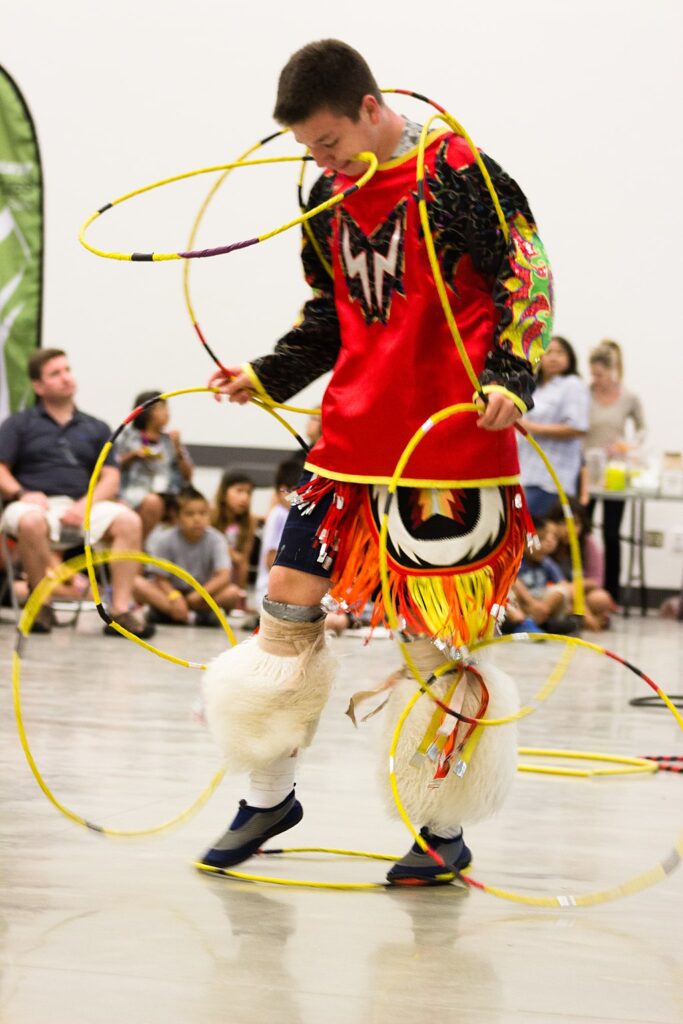 University of the Fraser Valley, CC BY 2.0, via Wikimedia Commons

National Aboriginal Day is a holiday that aims to pay respect to the indigenous peoples of Canada. The day falls on the summer solstice (longest day of summer) as the day is a deeply significant spiritual occasion for the natives of the land. Only the North West Territories and Yukon observe the day as a provincial public holiday. This year the summer solstice will be Sunday, the 21st of June.

June Day (previously known as Discovery Day) commemorates Newfoundland and Labrador’s discovery in 1497 by John Cabot. The name of the holiday was changed after contention over the fact that the indigenous people were living in the Canadian province long before John Cabot arrived. The province celebrates the holiday on the Monday nearest to the 24th of June, which will fall on the 22nd of the month in 2020.

The National Holiday of Quebec, also known as Saint-Jean Baptiste Day, is a celebration of French-Canadian things. Quebec chooses to honor its patron saint on his birthday – which is the 24th of June. 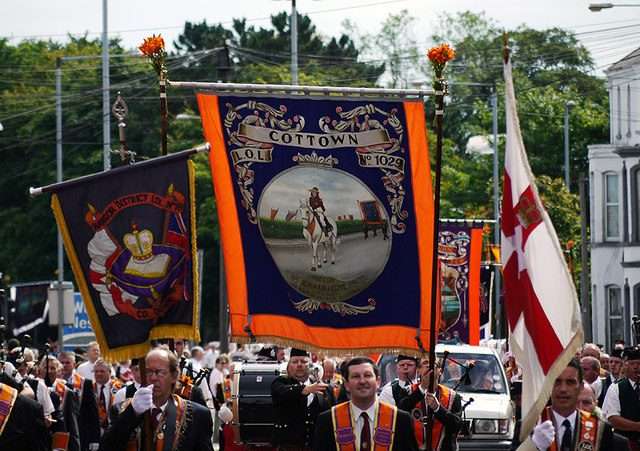 Newfoundland and Labrador have yet another provincial holiday not observed in any other place in Canada. The province celebrates Orangeman’s Day to commemorate the Battle of the Boyne. The war was fought in Ireland on the 1st of July 1690 by King William of Orange against King James II. The day is celebrated on the Monday closest to July 12th, which will be on the 13th of July in 2020.

There is a range of Canada holidays in 2020 that can be celebrated in several different ways. Each province has its regional traditions surrounding each holiday, and there are multiple ways to celebrate on the individual level. If you want to switch it up this season, try implementing any one of the holidays listed here! 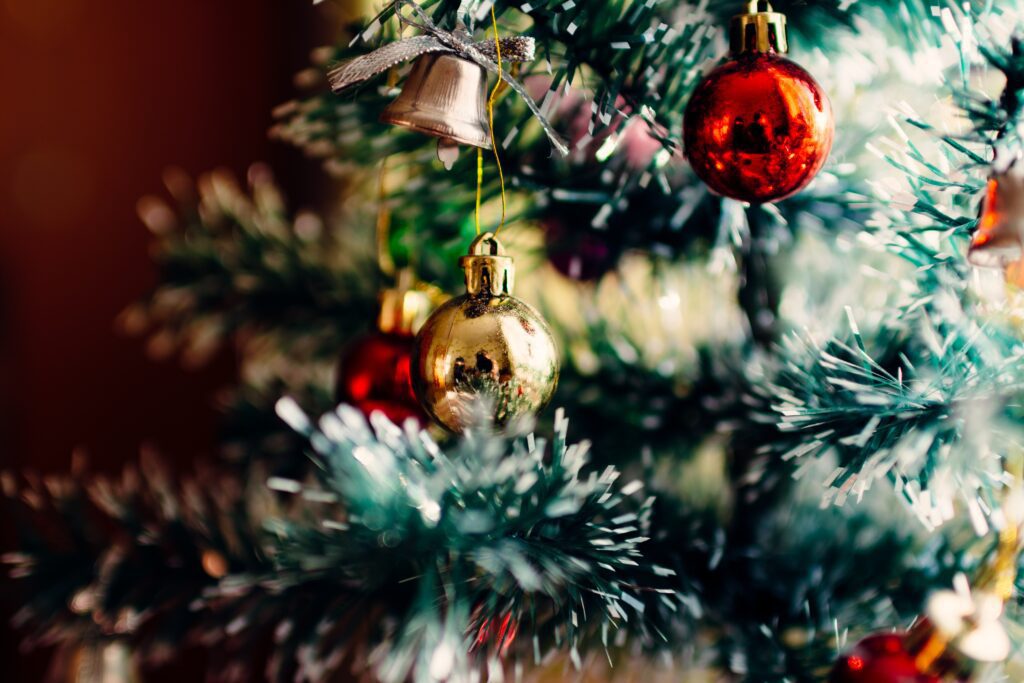 Photo by Rodion Kutsaev on Unsplash

Most Canadians will tell you that the best way to spend your Canada holidays 2020 is to surround yourself with friends and family. Home is where the heart is, and what better time is there to rest and recuperate with the people you love the most? Read a book, eat good home-cooked food, and play a board game. Distance yourself from the stresses of everyday life and go analog for a while. 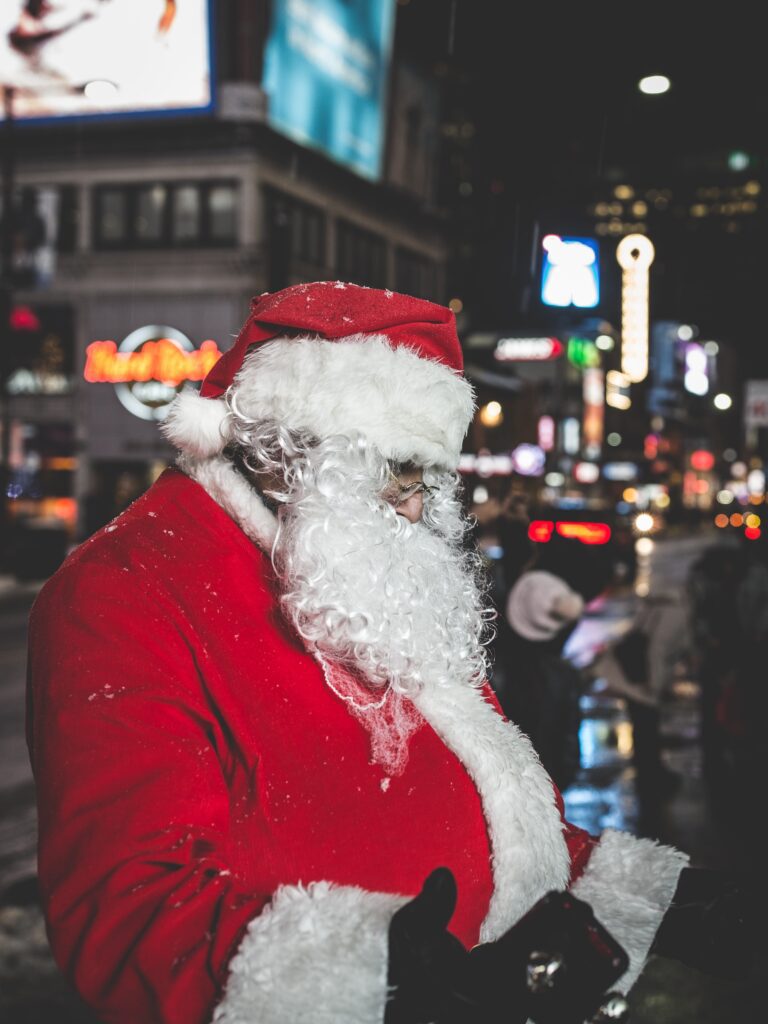 Photo by Filip Mroz on Unsplash

While rest and relaxation may well be the definition of bliss for some people, you may want to opt for a more exciting Canada holidays 2020 experience. Luckily for you, Canada is a vibrant and electric country, full of holiday events.

One of the greatest things to do during the holiday season is to participate in the annual Santa Claus Parade. The parade is the largest Christmas parade in the world, and it is appropriately held in the largest city in Canada. Toronto sees half a million visitors to the parade each year, and this number keeps increasing every year. 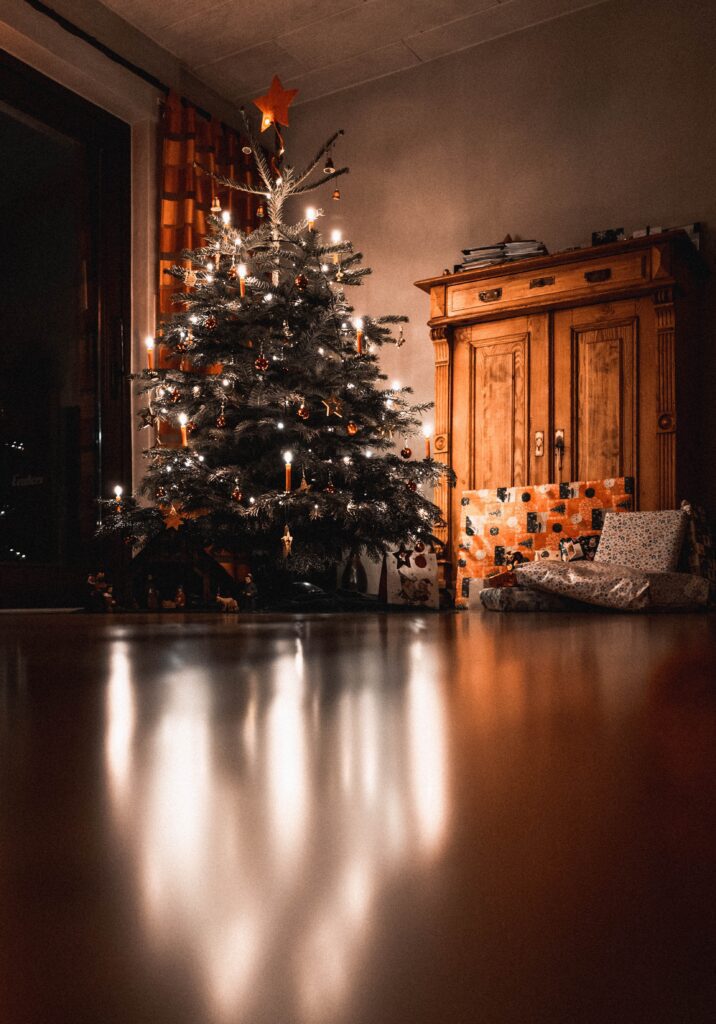 Photo by lasse bergqvist on Unsplash

Almost all cities in the country will have an annual tree-lighting ceremony to kick off the Canada holidays 2020. Tree Lighting ceremonies celebrate the time-honored tradition of illuminating the Christmas tree in the middle of the town square.

In addition to the Christmas tree’s lighting, each city will have a multitude of festivities running parallel to the main event. These festivals include a range of food stalls, decorations, gifts, trinkets, street vendors, clothing, and much more! You can visit your local community center’s website or your neighborhood town hall to figure out when the tree lighting event is taking place in your area. Alternatively, you can watch the ceremony’s live stream, hosted by some of the largest cities in Canada.

If you just can’t get enough of the lights this holiday season, then you should check out the Niagara Falls annual Winter Festival of Lights. The festival puts up more than 3 million lights around the city. Among these spectacular visual displays is the world’s largest illuminated (North American) flag.

Transport yourself to a fairytale winter wonderland by visiting the french-Canadian city of Quebec. The cityscape looks like a scene from a holiday storybook with its cobblestone lanes and quaint, historical architecture. The province is also known to have beautiful snowfall at this time of year, so you will be guaranteed to have a traditional ‘white Christmas.’

QuebecAdabra is the region’s winter festival that showcases an authentic German Christmas market and another incredible light show. Whether you are looking to drink mulled wine or want to do some last-minute Christmas gift shopping, this festival is perfect for everyone.

Unleash your inner child during your Canada holidays 2020 by taking a trip down to Saskatoon. The area is renowned for its colorful and inviting toy stores and candy shops. In fact, a study done by the University of Toronto revealed that Saskatoon has the highest number of candy and toy stores per capita in all of Canada.

Spending your holidays in Canada in Vancouver may seem like a strange choice, especially since the region is not known for having a lot of snowfall. Surprisingly though, Vancouver is the home of the stunning Rogers Santa Claus Parade. The event is packed with over 80 parade boats decorated with more than 100,000 lights.

Despite the mild weather, Vancouver organizes frequent bonfires and Christmas carol sing-alongs throughout the holiday season. You are guaranteed to have a lovely holiday in Vancouver without the biting cold of winter ruining your plans!

We cannot talk about weird holiday traditions without mentioning Calgary’s traditional Christmas zoo trip! Usually, visiting the zoo would be an activity reserved for the summer months, but Calgary has flipped that expectation on its head by transforming its zoo into a magical Christmas landscape every holiday season.

From the end of November up to the beginning of January, Calgary Zoo hosts its annual ‘Zoolights’ event. The Zoo strings up one and a half million lights around its menageries in preparation for the event.

The festival is all about the kids with its hot chocolate stands and kids-only toyshop (themed around Santa Claus’ elves that are picturized as making all the toys Santa delivers on Christmas day). They even offer a ‘Santa Vision’ area where the young ones can meet their bearded Christmas hero, the fabled Santa Claus himself!

If you want to ensure all-around family fun this holiday season, be sure to visit Calgary Zoo! 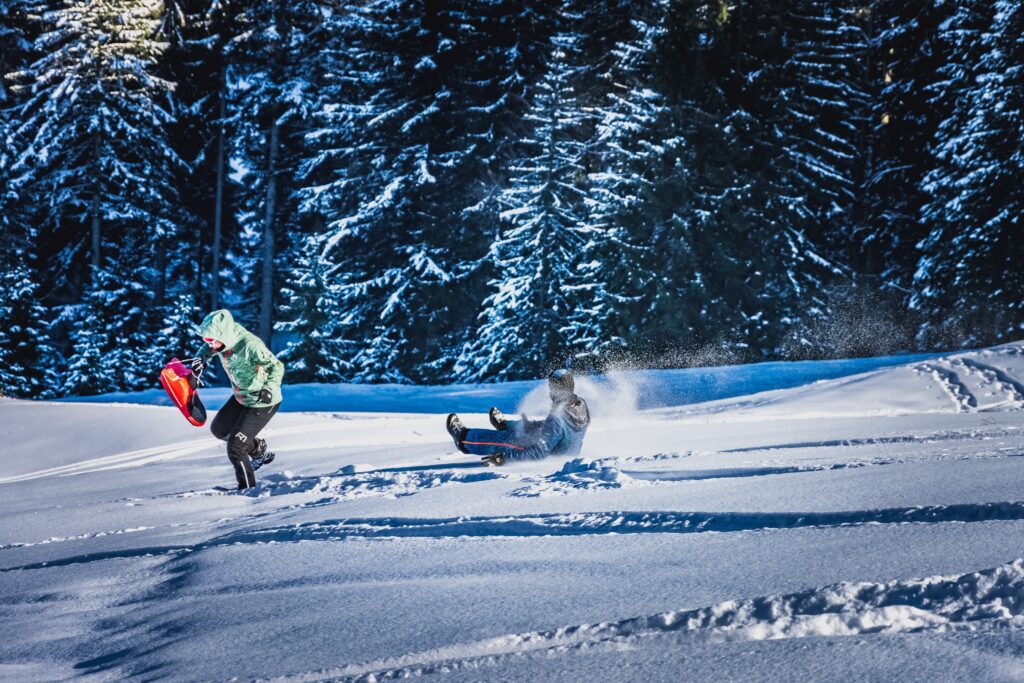 Photo by Sandra Grünewald on Unsplash

Which child has not dreamed of being a passenger in Santa’s magic sleigh? Children and adults all love the myth of the bearded man in the red suit riding a reindeer-drawn sleigh through the night sky on Christmas day. We would all love the chance to see Dasher and Prancer, Comet and Blitzen, Cupid and Donner, and little red-nosed Rudolph!

While you may never get the chance to see Santa’s reindeer or have them fly you over the moon, you can instead get the chance to ride in the majestic red sleigh! Edmonton offers horse-drawn sleigh rides for the entire family. You will actually be ‘dashing through the snow on a one-horse open sleigh’ as the famous Christmas song suggests!

There is no better way to fulfill your childhood holiday fantasies than by taking a trip down to Edmonton this holiday season.

How to Spend Canada Holidays 2020?

Canada is full of exciting events that match the vim and vigor of its holidays. Aside from the traditional winter season holidays, there is a range of national and provincial public holidays in Canada. From Canada Day to Family Day, Thanksgiving to Christmas – there are plenty of opportunities in the calendar year to recharge your batteries.

So, whether you want to spend your Canada Holidays 2020 in a storybook winter wonderland or you want something a little more adrenaline-inducing, there is bound to be a Canadian holiday destination for you!

If you enjoyed this piece on the Canada Holidays 2020, be sure to check out more articles like this one.