Best Places To Live And Work In Canada: Top 6 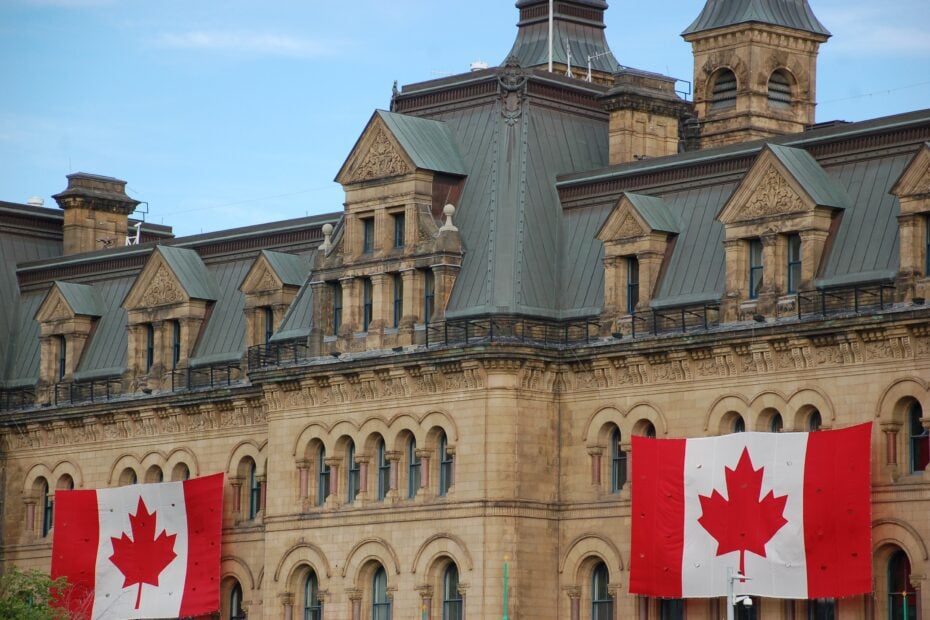 If you are looking for the Best Places To Live And Work In Canada, then you have reached just the right article. With the pandemic in motion, many people are planning a move to different countries, cities, and places. With that being said, moving to Canada has also been one of the most discussed topics among people planning a move.

Canada is one of the best countries one can opt to live and work in, and the people who live in Canada are already proof of the statement. After Switzerland, Canada has ranked the second-best country and the second-largest country in the world. Canada seems to show exemplary performance in Sustainability, Cultural Heritage, Entrepreneurship, economics, and other factors.

Some other fascinating facts about Canada are:

With this brief introduction, let us move on to our specially curated list of the Best Places To Live And Work In Canada.

Top 6 Best Places To Live And Work In Canada

Calgary is one of the best places to live and work in Canada, and people in Calgary have many perks to living there. It is also considered on the fifth position as “The World’s Most Livable City” by the International Weekly edition of The Economist for seven continuous years.

Calgary is really famous for its annual Stampede that brings the best of Educators, Entertainers, and Hosts from around the world. Calgary is home to almost a million people living with the best of necessities with all its fascinating features.

Click here to know more about the 2021 Annual Calgary Stampede in detail and learn more about this interesting Canadian Culture.

Some of the perks of living in Calgary are:

1) Calgary Is The Cleanest City In The World

According to a Forbes Magazine survey in 2007, Calgary was declared The Cleanest City In The World and managed to retain the same honor in 2014. It houses excellent sewage systems, drinking water facilities, and has a low air pollution level.

One Major Advantage of Living in Calgary is that a person only has to pay a 5 percent tax on Federal Goods and Services compared to that of Ontario and Quebec, where people pay a total of 15 percent. This ultimately lets one save a fortune, thereby reducing the cost of living in Calgary.

With a huge network of trains and buses, it becomes easier for the people living in Calgary to travel to and fro to places of work and other purposes.

4) Calgary Is Quite Close To Other Destinations

Traveling from Calgary to places like Edmonton, Glacier National Park, Vancouver, and Toronto is very easy and less time-consuming. 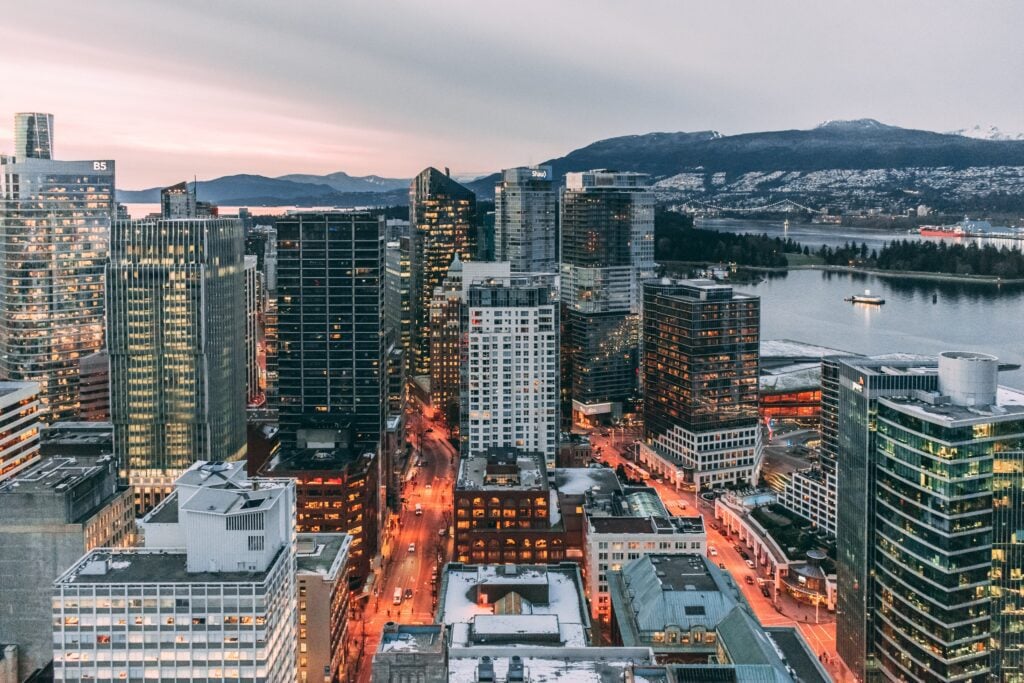 Ever wondered what life in Vancouver is like? What day to day activities take place in the city? We are here to guide you through it all and tell you all you need to know about The Beautiful City Of Vancouver.

Located on the mainland of British Columbia, Vancouver ranks high as one of the Best Cities To Live And Work In Canada. Vancouver is one of Canada’s Gorgeous Cities with beautiful scenic locations and diverse metropolitan experience to live in permanently.

Some of the perks of living in Vancouver are:

Vancouver has a great collection of Diners, Restaurants, Cafes, and Buffets with the best Food options. The city is a major attraction to big-time foodies who share a love for seafood. The mixed climate of the city also lets its residents take benefit from fresh seasonal fruits and veggies.

It is exciting to see so many people coming from different cultural groups living together. The city offers your neighbors from all over the world, thereby expanding your culturally diverse circle.

Vancouver has one of its kind public education systems with great funds and some of the world’s best public elementary schools.

Vancouver records the lowest unemployment rate in Canada at 4.5% and provides its residents and immigrants with great employment opportunities; thus, it easily lets people find work.

Toronto is an International beauty with a wide range of culturally diverse people living in it and many industries providing great job opportunities to all its residents. With all these unique features, Toronto is a great attraction to young professionals planning a move and makes it to the list of Best Places to Live and Work in Canada.

Let’s take a look at some of the advantages of moving and living in Toronto.

1) Toronto Is The Largest City In Canada

With Toronto being one of Canada’s largest cities, Great Travelling Mediums, Cultural Diversity, and many more added perks come with living here.

2) Toronto Is A Center For Global Business And Finance

Toronto being the hotspot for business and finance, is a good place for entrepreneurs to start. Not just that, with all the multi-national companies carrying out business here, it makes for a strong economy and great career opportunities.

3) Toronto Is A Safe And Economic City To Live In

Toronto is well known for being an economically safe city to live in and has also been declared the same by The Economist Magazine in 2015. It is also one of the best places to live and work in Canada, with relatively lower crime rates.

4) Toronto Is A Great Collection Of Performing Spaces And Parks

Toronto hosts beautiful artistic performances from ballet to opera, musical theatres, and so much more. It also has a natural touch around the city, with all the gorgeous green parks adding to its beauty and heritage. Even after being one of the most expensive cities globally, Toronto manages to make it to the list of Best places to live and work in Canada. 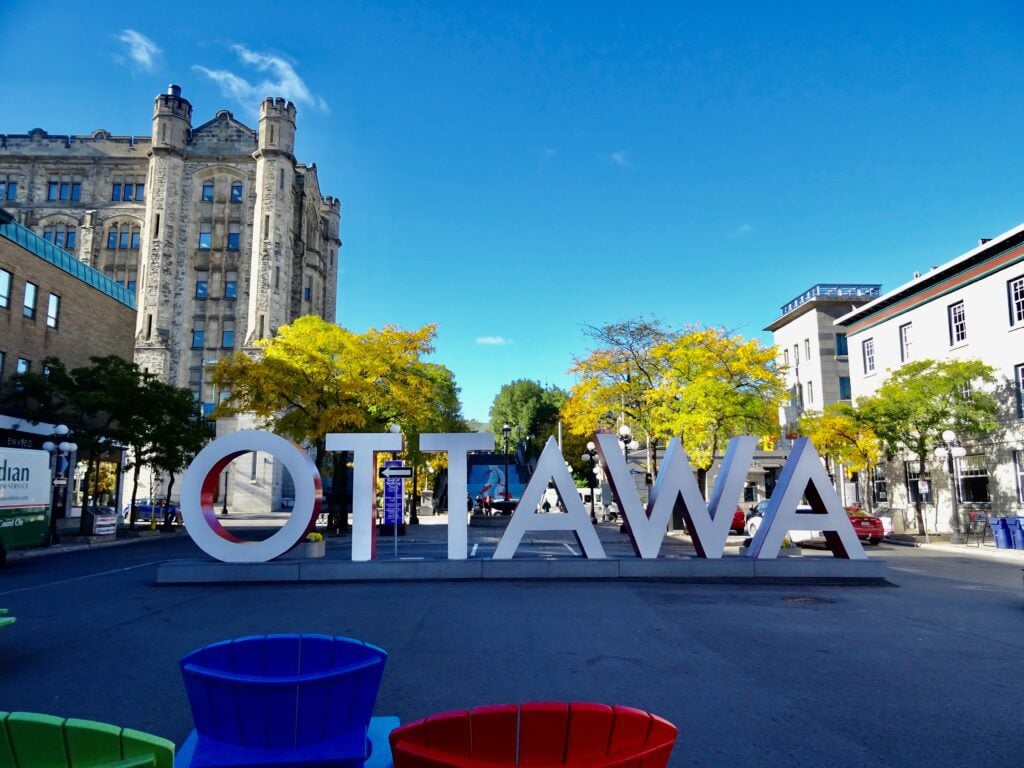 Photo by Jacob Meissner on Unsplash

Talk of the Best Places to Live and Work in Canada and Ottawa is sure to be mentioned. Like any other city, Ottawa has its own ups and downs, but the excellent blend of city life and town appeal makes a living in this city interesting. It also is home to the famous City of Ontario, situated in North America.

Some other value-added perks of living in Ottawa are

1) Ottawa Is An Economically Stable City

A major requirement for a city to be on the Best Places to Live and Work in Canada is its economic stability. It has job vacancies in many departments, be it work permit jobs, manufacturing, marketing, education, sales, and others.

2) Ottawa Has A Low Crime Rate

With the crime rate rising rapidly worldwide, it is highly appreciable that Ottawa has a relatively low crime rate other than Calgary, which is lower than 735, making it an ideal city and one of the Best Places to Live and Work in Canada.

3) Ottawa Has Lots Of Green Space And Areas For Biking

Ottawa holds the highest number of parks in Canada that are spread all over the city and makes it easier to reach almost all the destinations as if within walking distance.

We are all aware of the fact that Ottawa is the capital city of Canada, and this implies that a lot of Government offices reside here, leading to a huge no of career opportunities for the people living there, thus making Ottawa one of the top choices among the Best Places to live and work in Canada. 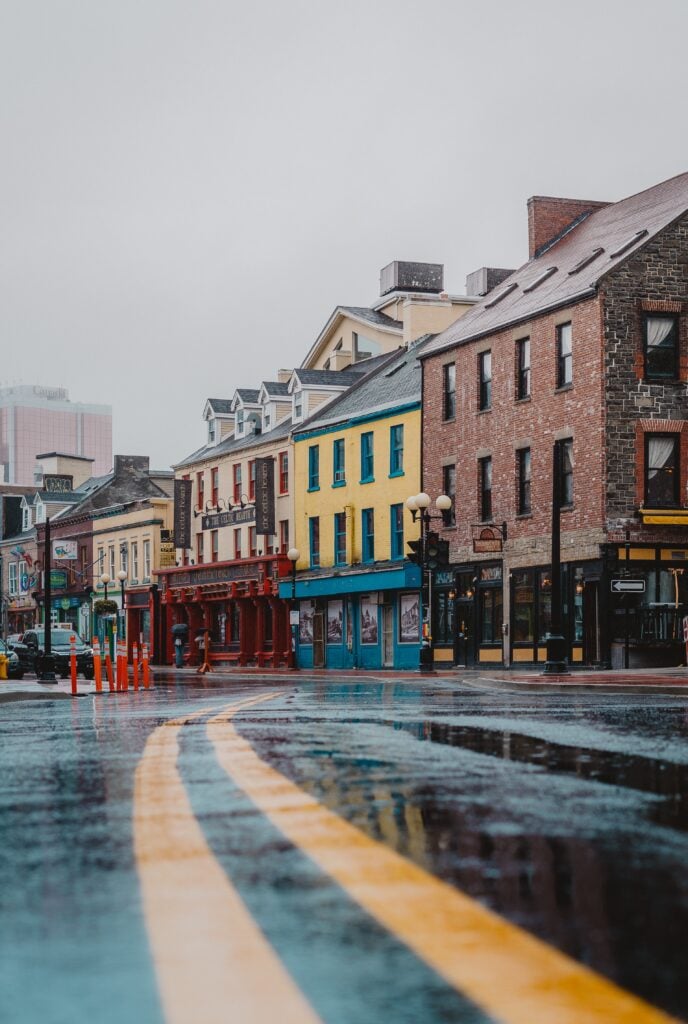 Photo by Francis Nie on Unsplash

On the East Side of Canada is St. John’s city, one of the ideal and topmost choices of the Best Places to Live and Work in Canada. This is one great place for families to move in and settle with all its gorgeous scenic sites and great facilities.

Let us take a look at the top advantages of living in this Beautiful City.

1) St. John’s Has A Good Environment For Studying

St. John’s has some of the best schools, colleges, and universities in the world. So a lot of people move here intending to complete their education in elite educational institutions. A good education leads to great career opportunities, thereby making it a topper on the list of the Best Places to Live and Work in Canada.

The City of St. John’s records a relatively low crime rate compared to other metropolitan cities surrounding it. This factor ensures the safety and quality of life and property thereby making the city a better place to live in.

Ever since the re-development of St. John’s infrastructure, many new business areas have been developed. These great Business Facilities and Industrialization have led to St. John’s being a part of the Best Place To Live And Work In Canada.

More than 5000 vacancies are available in the city of St. John’s in various departments like Production, Transportation, Sales, Hospitality, Healthcare, and a few others. Easy availability of vacancies indicates that it is easier to move here and find a job that provides you with all the basic necessities. 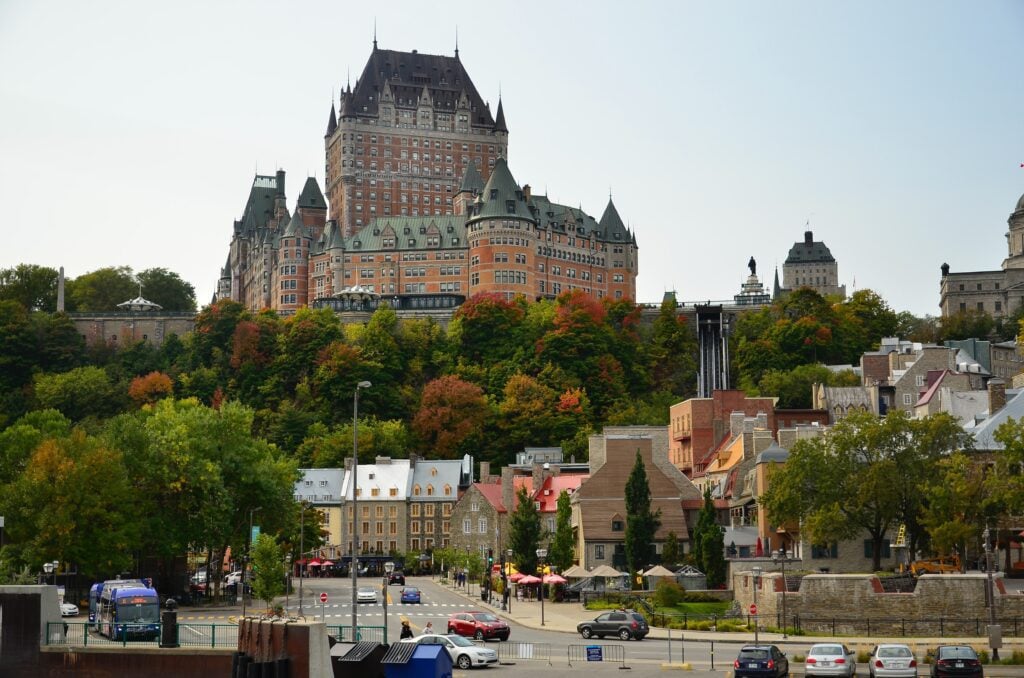 Photo by Joy Real on Unsplash

With the City’s ethnicity still in the picture, Quebec City is sure to take you back on a historic trip from the past. This French Speaking Gorgeous City is filled with innumerable tourist spots where people worldwide visit. It is also home to some of the best Cafes, Restaurants, and Boutiques, and one other reason why Quebec is loved is its great cuisine.

Let’s take a look at some of the advantages of migrating to Quebec, One of the Best Places To Live And Work In Canada.

1) Quebec Has An Affordable Living Cost

Compared to other cities in Canada, Quebec has a relatively lower cost of living that can go around 900$ CAD a month. This includes all the necessities that come with a well-furnished house and all other benefits that every Canadian citizen gets, making it one of the Best Places to Live and Work in Canada.

Quebec owns a very standardized Healthcare and Transport system, and this system charges its residents with the most affordable prices in exchange for their great service. They also provide highly beneficial insurance coverage and healthcare loan facilities.

Quebec has an easy immigration process for immigrants who stand eligible for their criteria. These eligible candidates get to bring along their family members who get to utilize rights and benefits similar to that of the Canadian citizens.

4) Quebec Has One Of The Strongest Economy’s In Canada

With a potential workforce and great GDP of 19.65%, Quebec is one of the Best Place To Live And Work In Canada and has a strong, growing economy that makes it an ideal place to settle in. Strong Economy also suggests that all other basic amenities are also easily available to all the people living in the city.

Apart from the ones mentioned in our list, there are enormous other cities that qualify on the list of Best Places to Live And Work In Canada. This wealthy nation is already home to many immigrants, and others who are planning to make a move here should do so without much of a doubt.

Hope to have you covered on all of your queries and everything you needed to know about the Best Places To Live And Work In Canada.

2 thoughts on “Best Places To Live And Work In Canada: Top 6”